Rained most of the night and morning. From about noon on the day was great. Took the opportunity to wash the car and clean out the week’s collection of campground maps and attraction brochures.

We did get downtown and took some pictures. The Latter Day Saints have ended their conference and for the size of the city the downtown area was easy to navagate and not very crowded.

Before going out for the picture taking session, we used the GPS to get us to an Office Depot to have the window signs for the California Gathering printed and laminated. The city seems to be accessable by getting on the expressway to reach any destination. I noticed that they had an modern electric trolley type system that came into the downtown area, also.

The mountains as the backdrop of the city are spectacular. 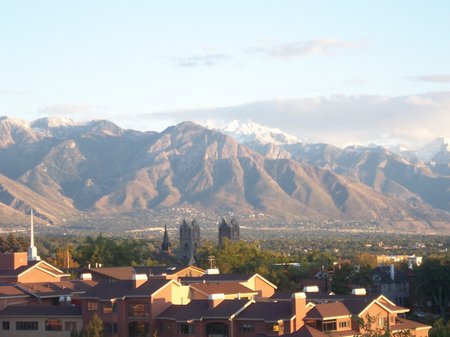 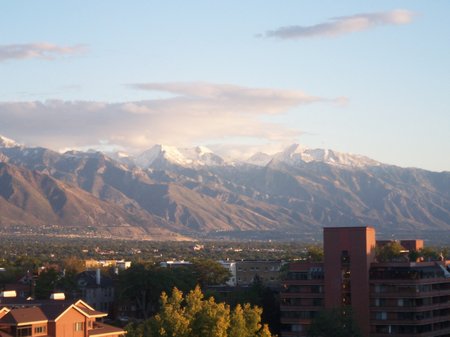 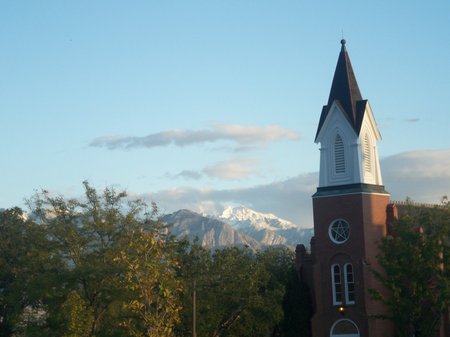 The above pictures were taken near the state capital building. 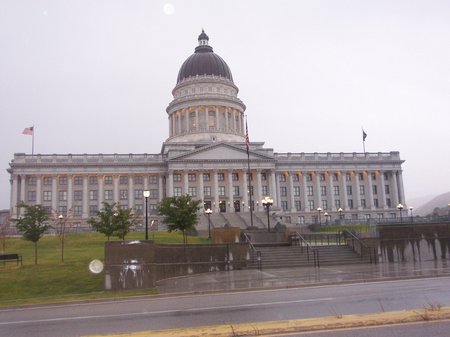 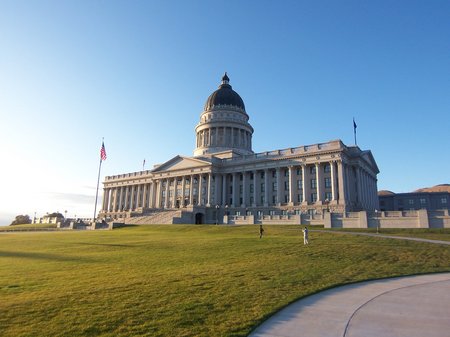 The downtown area – Temple Square – didn’t provide much parking that we could find, so the pictures were taken on the fly. 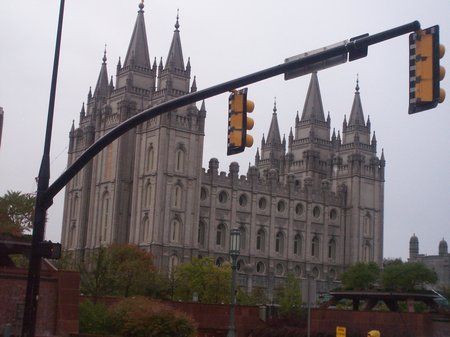 Sorry about the trafic light. 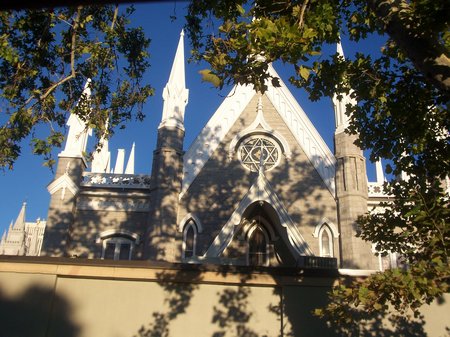 Terry Bone provide another possible explanation for the tires on the roofs of the trailers. He thought that you put them on the roof so that you didn’t trip over them on the way to the outhouse.

Headed to Elko Nevada tomorrow. Always wanted to go the Cowboy Poetry Festival at the Western Folklife Center in Elko. I believe it is held in January. Looked up the dates for 2009 – January 24-31, 2009. There is a site that has a cybercast of the 2008 festival. Going to listen to a few of the poetry readings tonight.