We headed out of Salt Lake City after getting the Avion to an RV wash. I had no idea the the Great Salt Lake was so great. 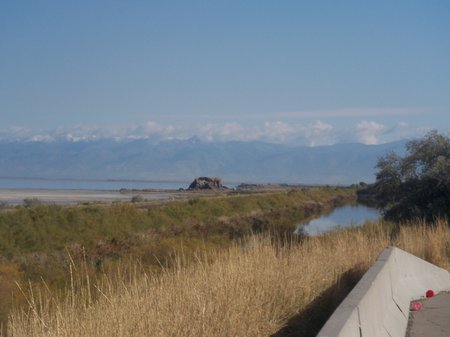 This shot was taken from an area that was once Garfield Beach , the most famous and finest recreation resort on the shores of the Great Salt Lake. The resort was a stopping place for the overland stages. 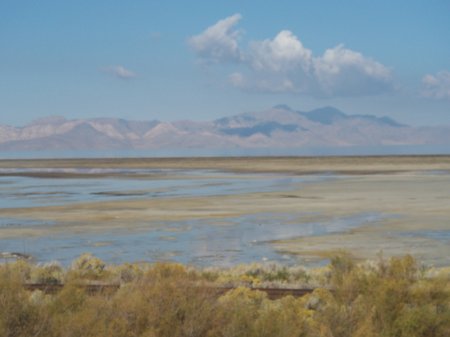 The Great Salt Basin in a geographical area that wasn’t in my fund of knowledge. It stretched from the end of the lake to the Nevada border. When I saw a sign for the Bonneville Salt Flats , it did begin to register a bit. 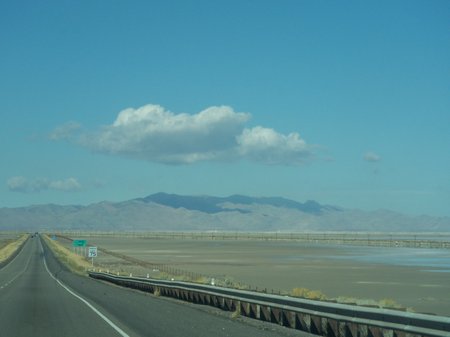 Along the road, people have stopped to utilize rocks, sticks, bottles and old shoes to spell out their initials, college insignias, greetings and designs for other route travelers to see. 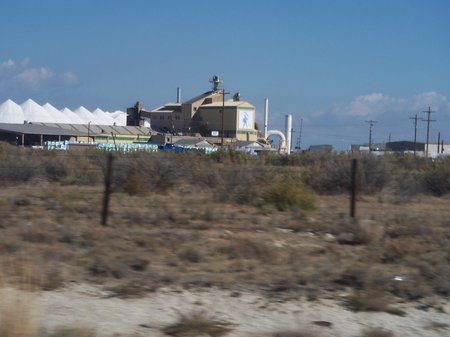 I guess they do mine the salt. I have not pick up any off the store shelf for seasoning, so maybe they use it for other purposes .

By mid-afternoon we were in Elko. We enjoyed visiting the restored Sherman Station , which is now the Chamber of Commerce office. 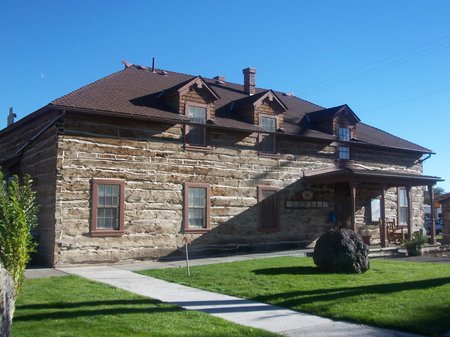 It was originally constructed about 60 miles from Elko by Valentine Walther. It took the Walther family seven years to complete and was finished in 1903. The house served as a home, post office, stage stop, and community center. 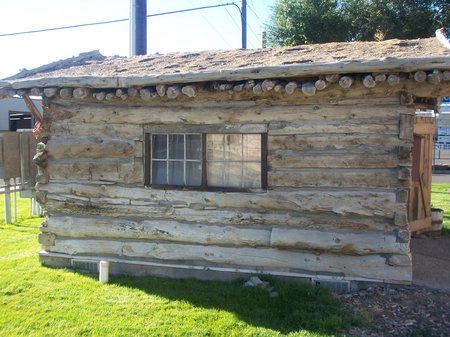 I have seen one room school houses before, but this had to be the smallest. 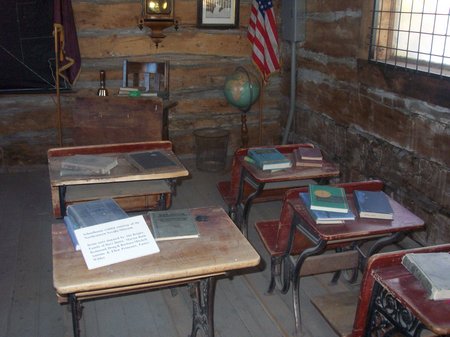 After touring the Sherman Station, we went over to the Western Folklife Center . The featured exhibit in the Center was “Buckaroo: the Hispanic Heritage of the High Desert”. Enjoyed the exhibit of pictures, artifacts, and video presentations on some of the western crafts.

The cashier at the Center recommended the Star for dinner. What it lacked in taste was made up for with its down home presentation.

Cabbage soup with bread as the first family style serving. Salad bowl for two next. Lettuce with a special house dressing. Four platters with green beans, pinto beans, french fries and spaghetti followed up by the pork tenderloin we ordered as the entree. Seating was family style also. Although they tried to keep groups separated, as it got crowded everyone sat from one end of a long table to the other.

Baxter Black is about the only cowboy poet that I know. He has performed at the the Cowboy Poetry Festival in Elko. I first heard him on a PBS station.

Sample: Not poetry, but from his latest book of Quips, Quirks, and Quotes.

Cowboy Logic – Solution to the Nuclear crisis during the cold war

Attach twenty radio controlled hand grenades to the ten most influential politicians and generals from each side, like rings in their noses. All twenty grenades would be on the same frequency and controlled by the big red button that launches the first missile. Knowing they’d be the first to go might make them re-evaluate their commitment.

Pinto, the cowboy, estimates the cost of the new weapons system to be about the same as a 1962 double-wide with a propane hook up.

Day Eight: We are going to hang around Elko for another day. There is a consignment shop called Mishmash & Muddle that we would like to visit and we want to take in the Northeastern Nevada Museum. There is one of the few remaining pony express cabins located on the Museum grounds. The cabin was used by riders between 1860-1861. I think that was the year I graduated from high school, no that was 1961 . 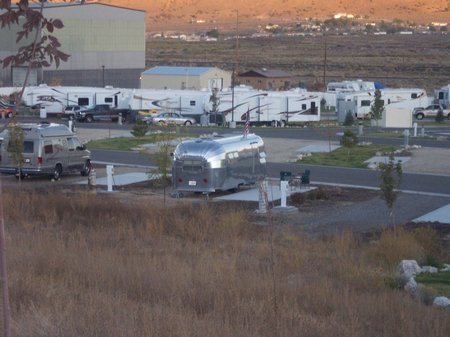