We set aside some of the day for the mundane. We did some laundry, got haircuts, stopped at Home Depot and Office Max. We spent some time deciding where to go and what to do for the next four days. We decided to get to Reno on Wednesday stay a couple of days and head into Coloma on Friday. The Gathering doesn’t start until Thursday, so we will have time to do some sightseeing and get everything finalized for the Gathering.

In the afternoon, Jeri and I enjoyed the Northeastern Nevada Museum . The Pony Express Station is located in front of the Museum. It is a reconstruction of a station that was originally 60 miles to the south of Elko. 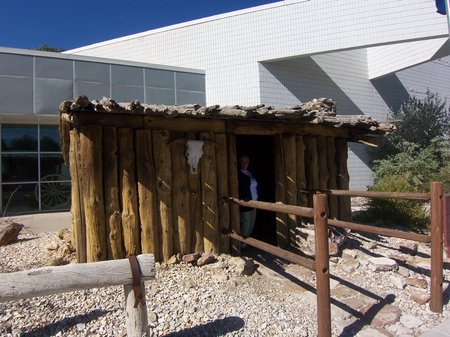 Jeri is peering out from the station. 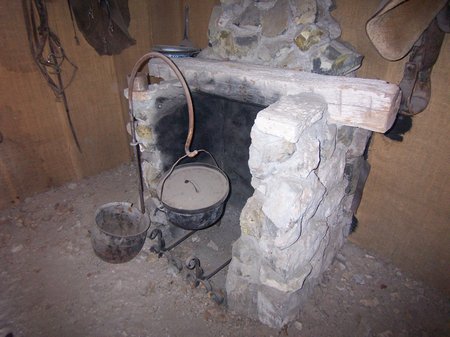 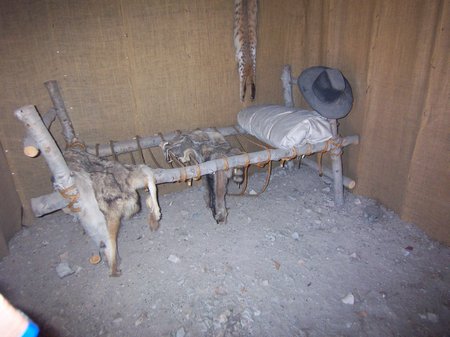 Inside the museum we found the History & Geology Gallery very informative. There is an extensive firearms collection and there are individual displays that cover Nevada’s history through Native American and Basque cultures, ranching, railroads, and mining. One section I found particularly interesting was how the Chinese labors used by a railroad built up a town that had been deserted by the prospectors. The Chinese came in and rebuilt the town and formed a thriving community, only to have the miners return and squeeze the Chinese back into a ghetto.

The Wanamaker Wildlife Wing was added to the museum in 1999. The display consists of 300 animals, both full and head mounts. It is very similar to a Cabela’s display, but the animals are from all over the world. There were some species that were new to us. 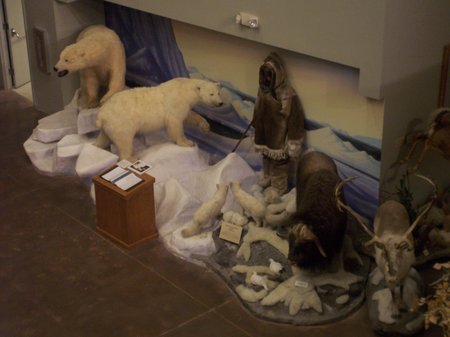 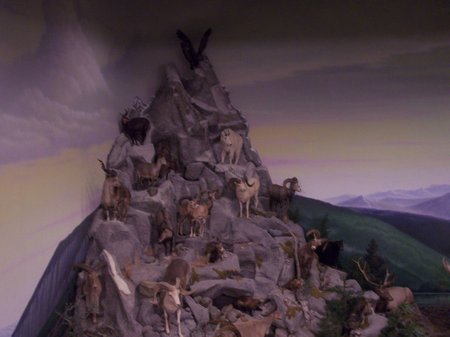 The museum has two art galleries that feature both permanent and rotating exhibits. The photographs taken by local newspaper photographers gave you a feel for the trials and tribulations of the community over the past few years. Everything from police standoffs, fires, demolitions, politics and protests.

There were six Ansel Adams photographs on display. I really admire his work. Black and white photography is the best.

Off for Reno tomorrow. We have stayed away from the casinos so far, but I think that is about to end. Jeri’s dad wants her to bet $50 for him with an offer to split the winnings. If there are any winnings it will be a first for this branch of the Bone family.