Found a new screen on the GPS. When reset for a trip, it will give you your overall average mileage, moving average, total time for the trip, moving time, and stopped time. Probably more info than you need, but it might prove interesting somewhere along the road.

As of now we have traveled about 2,500 miles since leaving Milford, Michigan. Very fortunate weather wise. Today was another clear sunny day. Didn’t get into the 70’s, so the denim jackets didn’t come off. I can still make it in shorts, but the standard T shirt isn’t quite enough .

We spent the morning in Placerville scouting places to buy the chicken for the scheduled pot luck and a bakery for something to go with morning coffee for the group. We stayed along main street and didn’t find anything except some antique shops, a great hardware, and a Mexican restaurant for dinner later. Placerville should have stayed with its original name “Dry Diggins” or its nickname “Hangtown” . Placerville just doesn’t get it.

During the afternoon we ventured across the bridge to the Marshall Gold Discovery State Historical Park to visit Coloma Gold Rush Live. My personal favorites were a gentleman that gave a brief history of the Gold Rush in 1848-9 through census figures and public records and Texas Anne. 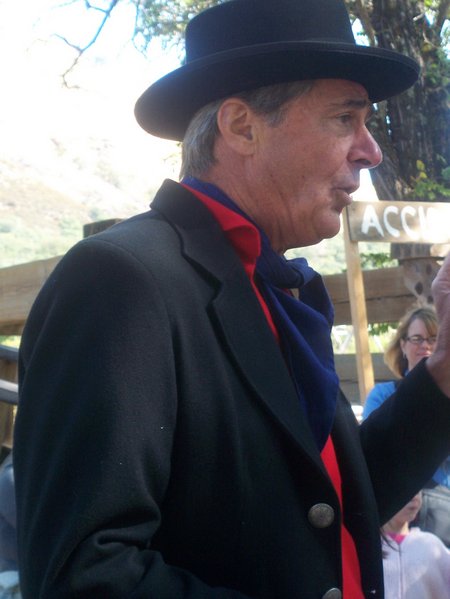 He indicated that a person that panned for gold could make about $20 per day. The going rate for all other types of labor around the country was $1.00 per day. He then proceeded to explain why the man that stayed put and worked for a buck was much better off.

First of all, whether you made the trip via Panama or overland, 20% died in route to California. Another 20% died within the first year due to water born pathogens. The fellows downstream didn’t know what the guys upstream were throwing in the water. The most difficult problem that the hardy gold seekers faced was that only two and a half percent of the population was female. The 1850 census in a town near Coloma indicated that there were four single women residing in the town and they were sisters. The town had slightly over 400 men all about age 23. Let your imagination fill in the rest of the story.

My first encounter with Cemetery re-enactments was during our stay in Springfield Illinois at the end of our Historic National Road Caravan. An actor/actress stands near the tombstone of the departed and tells their story in character. Without the cemetery setting Texas Anne was brought to life. She came to Coloma with her husband. He was as lucky at panning gold as I was in Reno at the slots. He traveled upstream because he had heard that the prospectors were more successful, never to return. To survive, Anne became a prostitute. A particularly good client died suddenly, but willed Anne his five bedroom home. Enterprising Anne turned the five story home into a thriving bordello. As proprietor, she no longer prostituted , but ran the business and was known to have taken good care of her employees.

A trained nurse, Anne put her skills to good work when cholera devastated the community. Her home became a makeshift hospital, but if the stricken was too ill to make it to her home, Anne went to their homes to treat those that needed aid.

A few years after the epidemic ended, Anne was entertaining guests at the bordello, dancing with one of the patrons. A former client of Anne’s in a jealous drunken stooper attempted to shoot her dance partner, only to kill Texas Anne.

The accepted practice was not to bury ladies of the evening in consecrated cemeteries. The practice was suspended for Anne because of her good deeds during the cholera epidemic.

She was buried next to John, the fellow that left her his house. 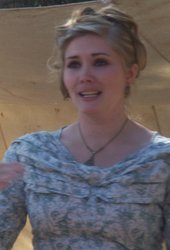 The rocks shown in the pictures of the American River in yesterday’s blog were under water for most of the day. I found out that there is a reservoir upstream that they open on weekends to accommodate the white water rafting crowd . I understand that when it is opened for sport it reduces the amount of water flow needed to generate electricity at other points during the week. Economic interest prevail. 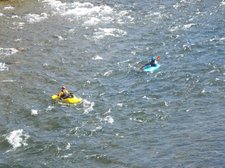 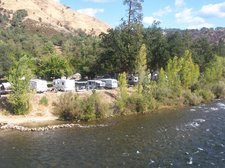 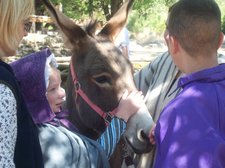 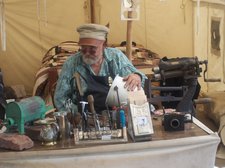 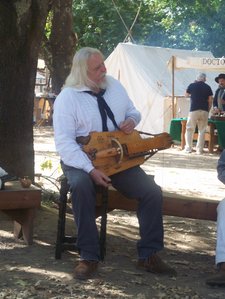 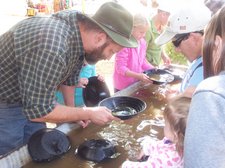 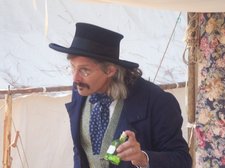 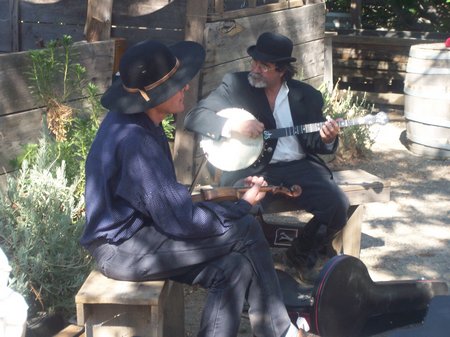 Tomorrow we will travel a loop that will take use to Lotus, Rescue, Cameron Park, Shingle Springs, El Dorado and Diamond Springs. The area is referred to as the El Dorado County Farm Trails .