Sunday, the day of rest.

After spam and eggs we did the Farm Trail. The route we covered included most of the early gold rush communities. Most are now bedroom communities for Placerville (Hang Town).

Found out via other campers that only travel an hour to come to this camp that they rarely experience freezing temperatures and only a very rare accumulation of snow. The campers that live close by were hear to take advantage of the extra day off because of Columbus Day or to visit Gold Rush Live.

One camper noticed our Florida license plate and inquired as to our trip. He grew up in the Miami area, lived for a time in Orlando, moved to the San Francisco area for a time, came to this area and settled in. Loves the area because of the weather; rain January through March, snows rarely. His only concern was the ever present threat of brush fires. We both are in favor of a national catastrophic insurance program. Spread the risk for fire, tornado, earthquake, hurricane, flood, and pestulance around. the higher the number paying the premium, the lower the premium.

He is a nurse, hence the flexibility in choosing a place to live. He didn’t remember his parents worrying about hurricanes as a youth in Miami. He had a theory about forty year hurricane cycle.

I snatched up some left behind firewood – the camp emptied out on Sunday. 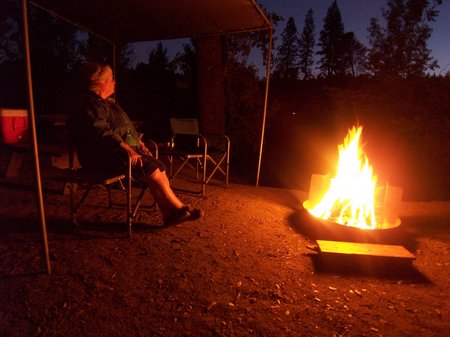 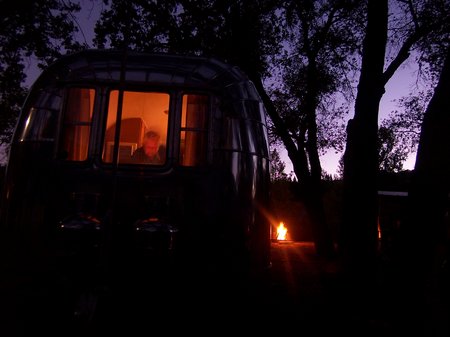 On Monday we have to finalize the details for the California Gathering .

There is a Costco about 25 miles away, so a trip will be in order on Wednesday.