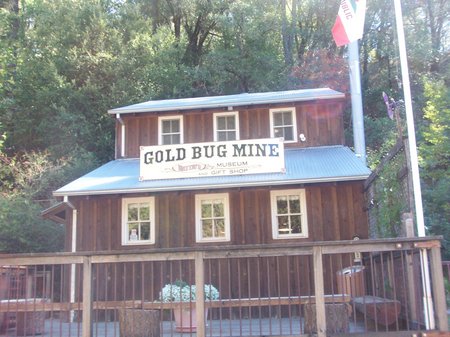 Spent some time this afternoon touring the Gold Bug Mine just outside Placerville. After paying an admittance fee we were given a hard hat. If Jeri had been an inch shorter , she would not have needed the hat. At 5’1″ you can’t hit your head on the mine shaft’s ceiling. 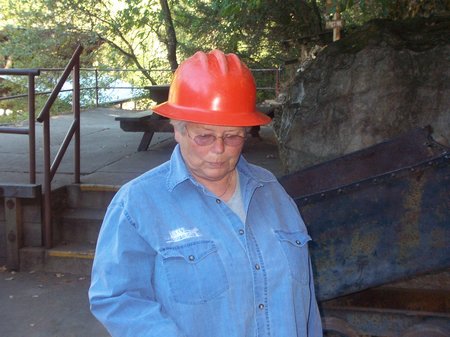 We were given a walkie talkie type device and were told to punch the number corresponding to the numbered tabs in the mine, then hit play and get all the details about quartz, shafts , slate, blasting, ore, ore cars, air shafts, and the importance of drilling depth for dynamite placement. 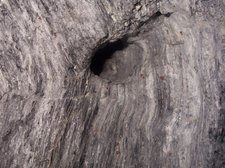 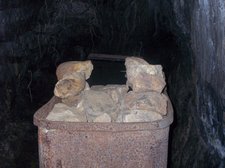 A good blast would give the miners three feet of progress.

Interesting and an economical way to conduct a tour, but I would have liked some printed material to review the tour information. We stopped by the gift shop in search of such material. No luck, but we met the cashier that grew up in Wayne, Michigan . The same city Jeri called home.

Weather today – slight breeze, 78 degrees. We need the heater at night, but the days have been spectacular. Fall temps without the fall colors. The trees are still green. The acorns dropping off , I believe, pin oaks startle when they hit the top of the Avion.

We have the camping area pretty much to ourselves . We are looking forward to some company soon.

The middle school age kids at the outdoor education end of the resort are hardly noticed. There must be over a hundred of them, but they’re day must be highly structured. You see them moving about with their leaders, but they’re a quiet lot.

We received our absentee ballots today. Terry forwarded them for us. Not being in Florida and getting the pros and cons of the proposed constitutional amendments made it harder to cast an informed vote . I used as a guide to a “NO” vote, how difficult the proposed amendments wording was to understand. The more difficult, the greater the possibility of a “NO” vote. 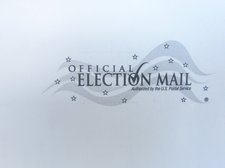 We have watched three DVD’s during the trip.

Best by Far – Freedom Writers – Hilary Swank produced and starred in it. Story is based on a true story. It chronicles the first two years of a beginning teacher’s efforts to connect with her alienated students at a high school in Long Beach. A mandated integration plan has forced all the ethnic groups unhappily together. She uses the holocaust and the Diary of Ann Frank to impact her students.

Jeri and I were probably the only people on the planet that had not seen the Blair Witch Project . We can see why it made the impact it did. It took a while for viewers to understand that it was a “movie” – not real.

The absolute worst – Leatherheads – as a former football coach, one would think it would be right up my alley and I like George Clooney, but this one was bad. No matter how good the actor or actress you still need great writers .