We settled in at the Circle S Campground in Kingsman . The trip from Hoover Dam down 93 was easy and not too bad considering how long we had been on the road yesterday.

Some Gems from the Circle S 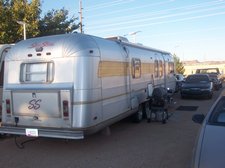 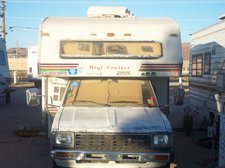 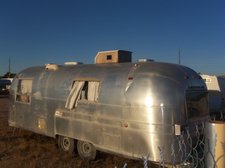 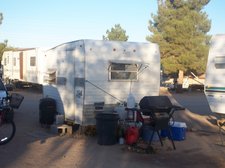 We headed east on I 40 and after an hour I looked for a breakfast spot.
What better than the Road Kill Cafe . 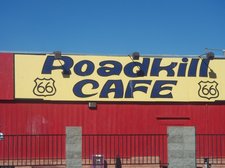 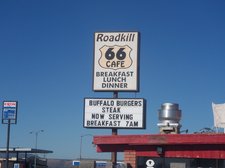 “Still in The Hide”

If you can guess what it is, you eat for free! 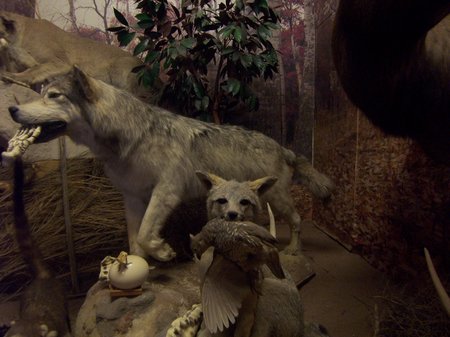 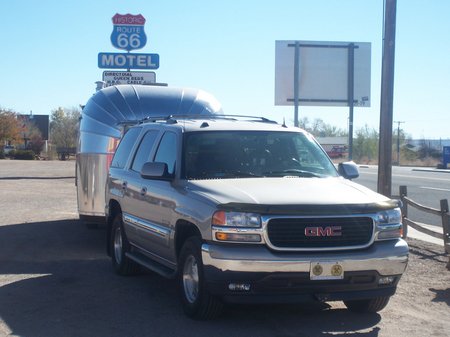 The find of the day was in Williams. Jeri looked over a map to find some antique shops and I tried to take a quick nap. The cell rang and Jeri got to talk with our Granddaughter Jaime, a five year old. She announced Jeri that she was going to have a sister next May. After I overheard that conversation, my nap was over. Adrienne is a great Mom and loves being a mom. 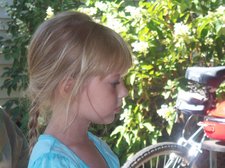 Found on a side street in Williams Arizona. 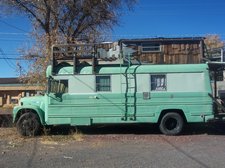 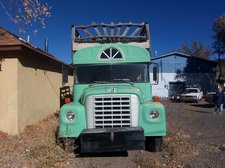 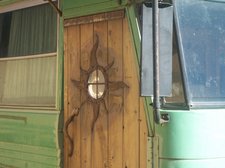 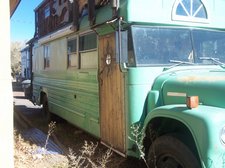 We asked around and found out the owner lived in it up in a trailer park in the Grand Canyon for five years. The International had been a Forest Service bus which he bought and converted. The people we talked to said the owner wasn’t old, but identified him as an “Old Hippie “. He starts it up regularly, but it hasn’t been out and about for a number of years.

The town is on the Route 66 trail and has some funky establishments. 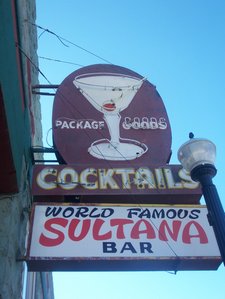 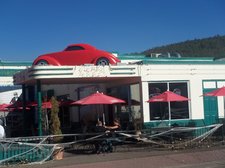 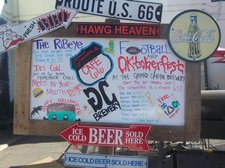 Tomorrow is the long awaited trip to the Grand Canyon. There is an Air Museum on the way that I hope to hit and an IMAX theater showing the hidden secrets of the Grand Canyon. Terry suggested a helicopter ride to view the Canyon . Jeri has declined, but I may give it a go.