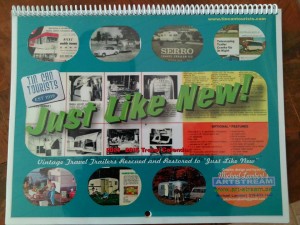 Thanks to the very talented, Michael Lambert for taking on this project and producing a very beautiful
calendar that lists various TCT events month by month.