What type of trailer do you own? 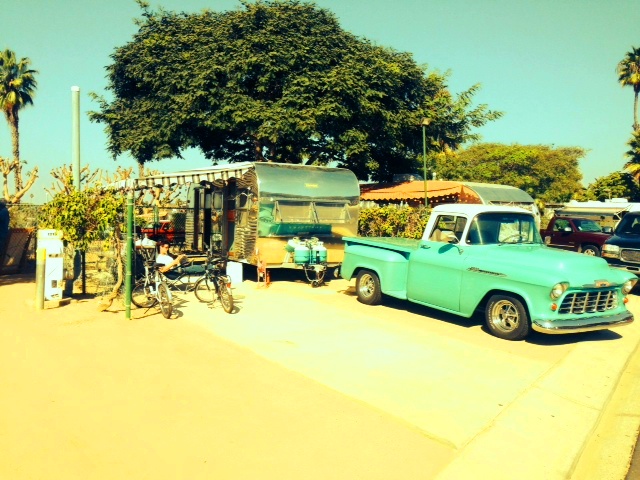 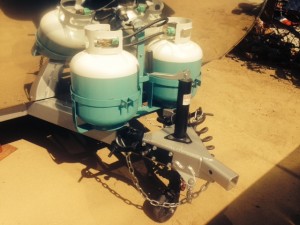 In May the trailer was purchased  in Austin, TX. From 1964 to 2012 it spent most of its’ life in a park in NY.   It was then purchased and went to VA for just a couple of months before the owner was transferred to TX.

What is unique or interesting about your trailer? 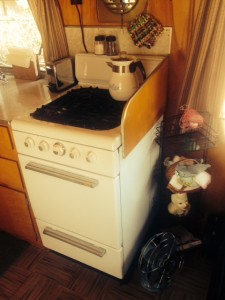 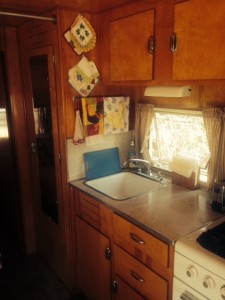 The most interesting thing about the trailer is the fact that the interior is 95% original – un-restored. The water and propane lines were replaced, the Click/Clack couch recovered, the lower screen in the door replaced, new curtains, and a ¾ bed replaced the single size. The hot water heater was replaced with an on-demand system. They didn’t want to trust a 58 year old unit and wanted more storage. After the new unit was installed, Terry took apart the 58 year old water heater and found that the heating element and the zinc anode looked to be un-used.  Most people who have seen it think it has been restored.

The exterior has been polished,  as it was oxidized very badly. Terry did three of the five steps on the lower half and sanded the upper half before turning it over to Russels  Polishing to be finished. The light bezels have been re-chromed. Terry  extended  the tongue two feet  so the tailgate on the truck could be lowered. A receiver hitch was installed to make it harder for thieves to steal.  New tires and artillery wheels were installed. Terry has plans to paint three stripes to match the colors of the truck. 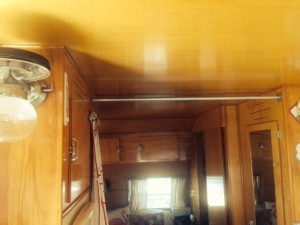 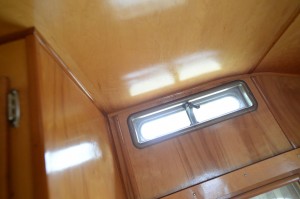 Terry jokes, “ We have a vintage trailer so Annie can camp, and I have to camp so I can use my vintage trailer.” We think the vintage trailer experience is a lot like street rodding.  Some of our friends enjoy doing both. We belong to South West Street Rods, Tin Can Tourists, and also travel with, Zonie Motors, which now has a trailer division.

This is the second trailer for Annie and Terry, they started with a 13’ 1956 Dalton that they had for a year. They took that to a couple of runs in AZ,  San Diego, and Pismo.

So far this new trailer has been to Big Bear and Newport. This will be the end of the season for this year as Annie and Terry also spend several months a year at their home in St Croix, U.S. V. I. 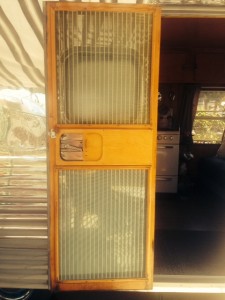 In the case of both trailers, Terry wanted the year of the trailer to be the same as his 1956 Chevy pick-up. He has had it four years, and installed dropped spindles with bigger disc brakes, chromed the bumpers and grille, power steering, a Camaro posi rear end, bucket seats, A/C, a Ron Davis aluminum radiator, and a bed cover. The current 327 cu in engine and 700 R4 transmission  was fine for the Dalton, but the Yellowstone just strains it too much. So after returning from the Caribbean,  a 2012 6.0 Chevy engine and six speed 6L90 transmission with all new wiring is going into the pick-up to be ready for next season.