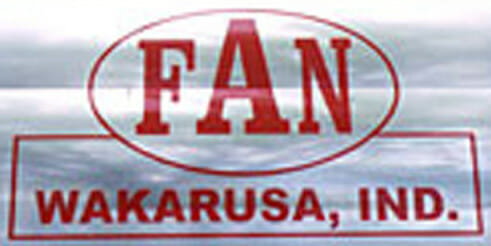 FAN Coach Company was founded by Franklin A. Newcomer on May 16, 1954, and chose his initials for the company name. The “factory”, at first, was a barn with side wall jigs in a horse stable and the cabinet shop in a hay mow. It took three weeks to build the first FAN, a 14 ft. model equipped with a 2-burner plate, ice box, 10-gallon water tank, and a pump by the sink.

The next year a 32′ x 60′ quonset hut was built. One year later, in May of 1956, the quonset hut was moved to Wakarusa, Indiana and a larger 3200 square foot plant was also built to meet the increasing demand for FANs.

At some point, W.R. Grace Chemical Company bought the then solid FAN Coach Company. Proving they had no business in the travel trailer business, they had all but broken the company. Frank and his wife Maxine repurchased FAN Coach for 10 cents on the dollar, and made it profitable enough for Coachmen to purchase it in 1978, although, sadly they closed it four years later in 1982.

Coachmen Industries continued to use the FAN name for some models for a few years afterwards, but by 1985, the FAN name had disappeared. 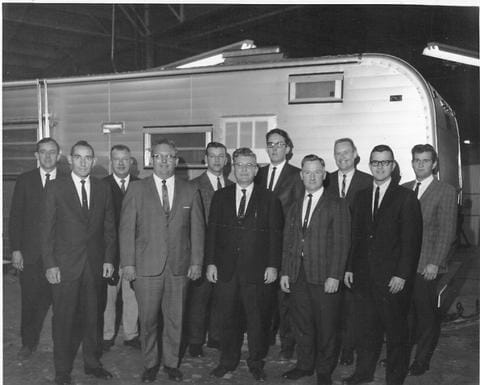 Back Row L to R

FAN was the first to use the Mor Ride suspension system 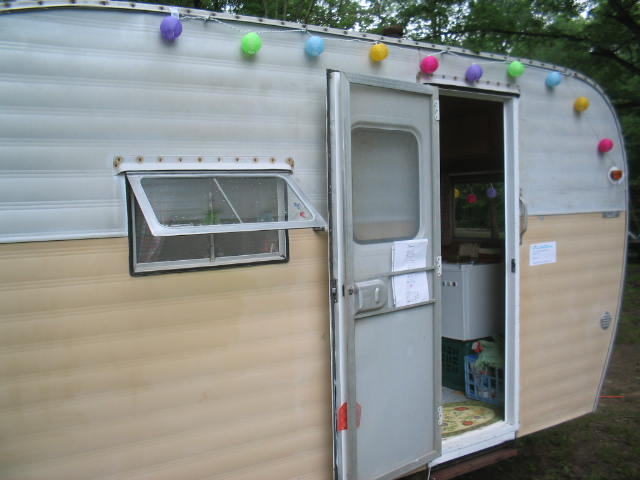 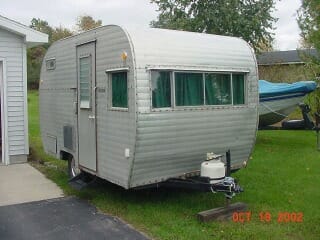 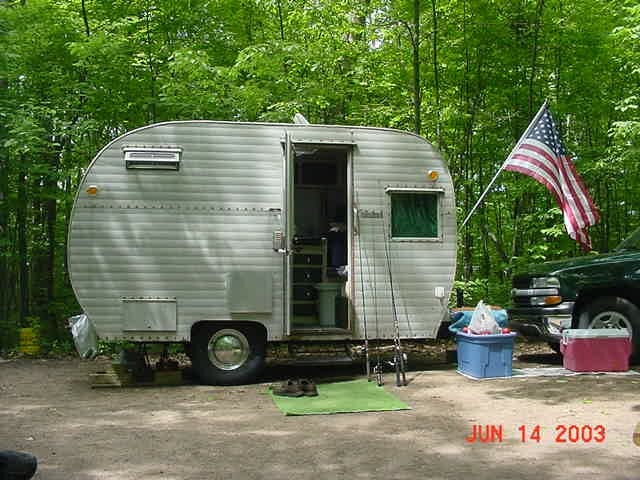 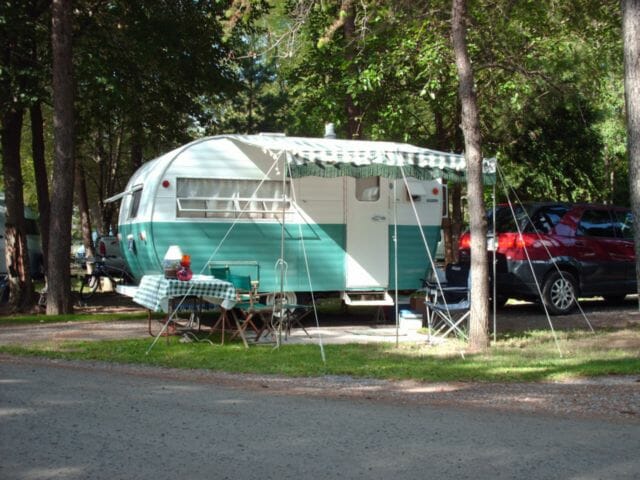 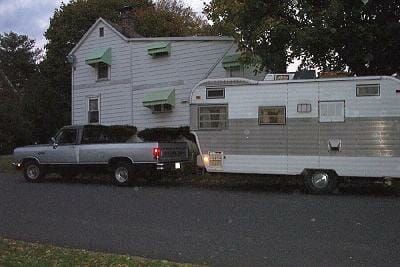 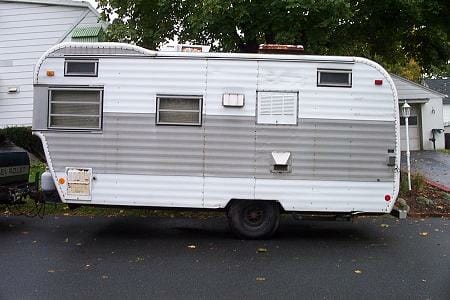 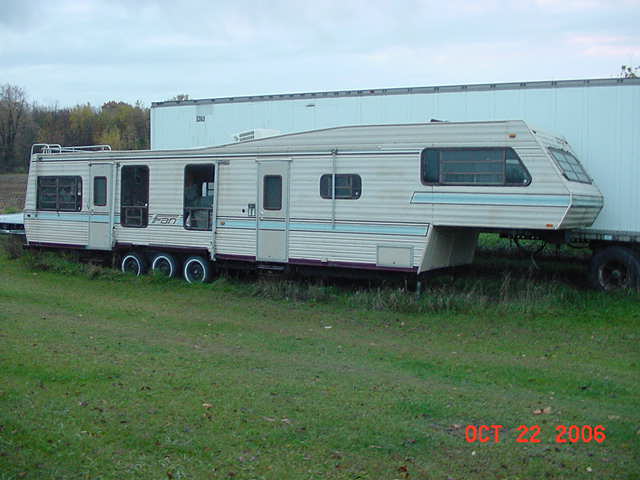 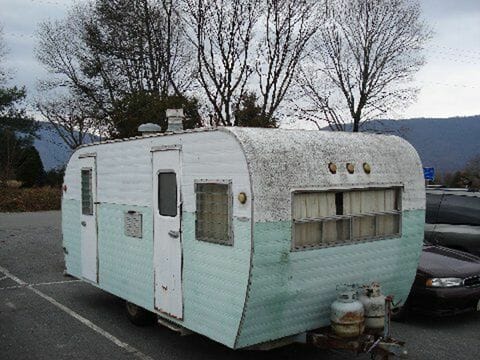 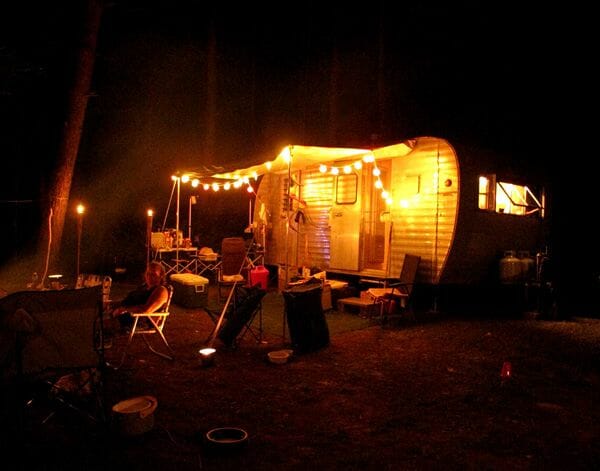 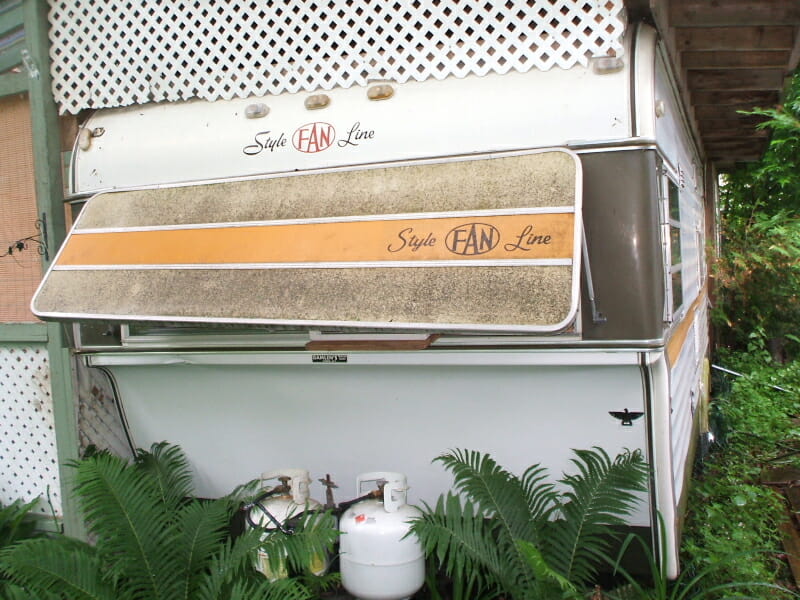 http://www.engine-decals.com FAN decals for earlier FAN’s from La Grange and Wakarusa Indiana, and they can do custom colors.