Skip to content
Old Car Festival to Feature Early Motor Camping
The Old Car Festival will be held this weekend, September 10 & 11, at The Henry Ford/Greenfield Village in Dearborn, Michigan. In conjunction with the 100th Anniversary of the National Park Service, this year’s special theme is motor camping 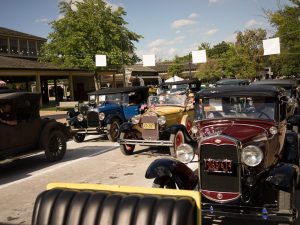 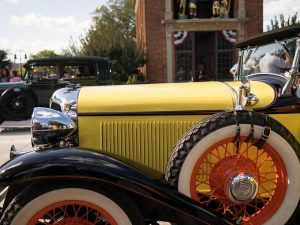 TCT Hall of Fame member Daniel Hershberger will once again be presenting a major feature exhibit of early motor camping, as he has been doing so for the past 14 years. Included in this year’s exhibit will be his 1927 Auto Kamp fold-out tent trailer; a c. 1916 Clare tent trailer; a 1914 Model T pickup with pull behind utility trailer and its related 1914 fishing camp; a 1922 Model T Touring car with a lean-to tent; and a 1928 Model A with Arthur Sherman’s c. 1929 prototype Covered Wagon trailer, on loan from the Detroit Historical Society. Along with the campsites displayed, Dan shows a great deal of authentic vintage camp gear. He will do two campsite talks each day (at 12:00 and 3:15), discussing the development of motor camping, the vehicles and some of the artifacts in the exhibit.
Also for this special year, he will be doing two different lecture presentations at1:30 pm each day. On Saturday the presentation is Michigan Puts the World on Wheels  – The Model T and the Early Trailer Manufacturers and on Sundayit’s Seeing America First – Motor Camping Along the Lincoln Highway.
The Museum will also be exhibiting three significant camp vehicles during the event: a cook truck from the Henry Ford Vagabonds adventures; Henry Joy’s personal Packard camp truck, which was used to survey the Lincoln Highway; and a White Steamer tour bus which saw service in Yellowstone National Park.
More information is available at www.thehenryford.org