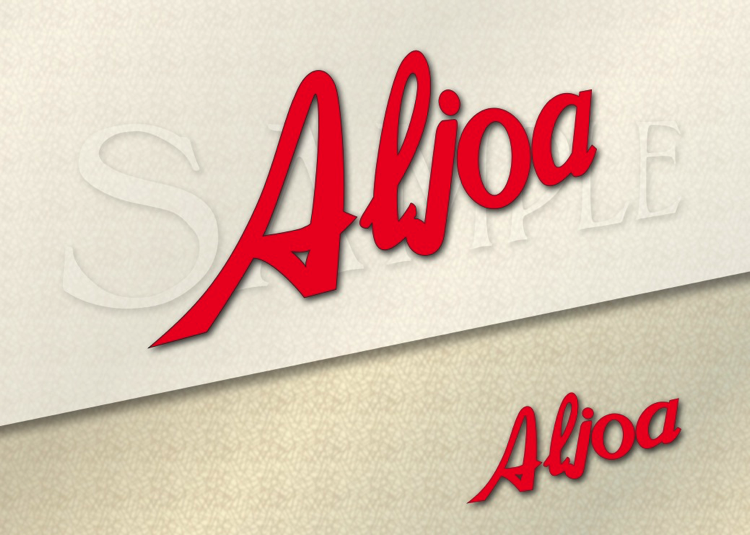 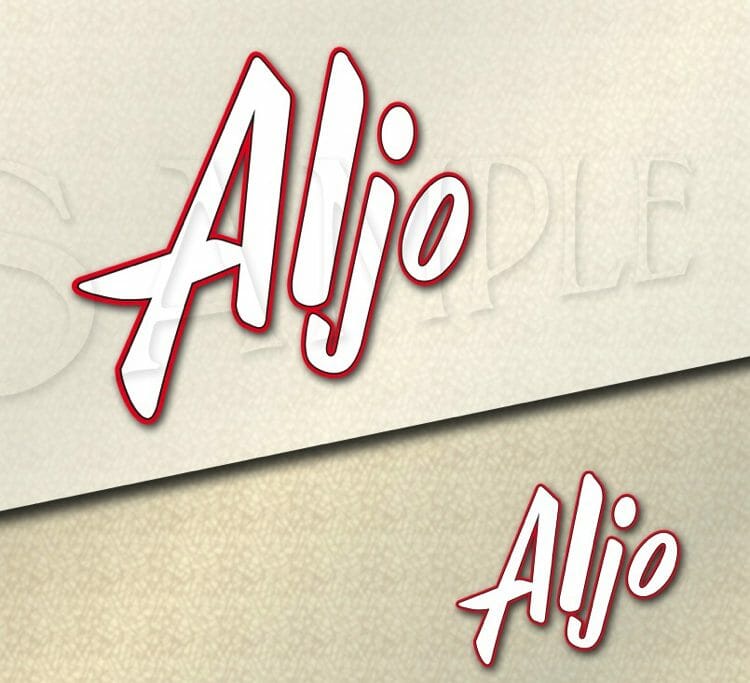 This page sure brings back memories from about 1957. Aljo (at the time)helped me thru college, working on 135th Street in Gardena and going to college at El Camino. I made a decent wage working in the cabinet shop and later became the lead guy. It was a nice place to work, people were great and Al was a great guy what little we saw of him. Probably out hustling sales. I remember being on the job when we started to get the aluminum from the manufacturer already painted and that was a big improvement over having to wipe the whole trailer down with solvent before you painted. We had a good team. Alex was on the skim bender, Johnny was on the cabinet frames, Billy was on the router, Mr. Bates was on the big workbench, Ericson on the table saw, and me on the final inspection, time cards and after hours wrap-up. Anson Stelmak….Thanks Aljo. I retired from aerospace with 32 years building airplanes and a very nice 401K plan.

Alleged Rumor False: The name Aljoa was a combination of the distributor’s name, Al Rose, and his daughter Joanne.

Here is what I heard straight from C.T. McCreary or “Mac” as he is known. I saw him at the shop today and had a nice little talk with him. He is in his 90’s and sharp as a tack. He told me all kinds of stuff about the history of HIS company and I will get a whole history from him and his family. He told me some neat stories about old trailer sales shows that they did and how some other companies got their start also some background on the founders of other trailer companies (Spartan, Kit and a couple of others).

First off, I will tell you that Mac started Modernistic Industries AND Aljoa trailers. Aljoa was the name of the trailer mfg company under the parent company, Modernistic. He stared his business in 1945 in Watts, CA on 109th and Central in a building that only had 3 walls. He called in a favor from a friend that he worked with at a aircraft plant (can’t remember the company, but I’ll get that) that built center turrett sections of the B-17 among other things. The building was owned by his friend and he asked him if he knew of a building he could rent to start his business. He told Mac that if he cleaned out the building he could use it and if he made a profit someday, he could pay him some rent. He didn’t even have a phone for a year. He told me that he had to scrounge for parts back then as the war was not even quite over yet and parts were scarce. he said that he had to walk down to 91st and Central to two phone booths to make calls and wait in line.

The name Aljoa derived from a name of a friend’s boat “Al-jo” changing it to Aljo, and when he setup in California someone told him to add an “a” on the end to make it more “Californian”. He did have to drop the “a” from the end in about 1950 when Alcoa saw that he was advertising an all aluminum trailer and the name infringed on theirs. Funny thing was, none of his dealers or customers seemed to care, only him. Al Rose was a dealer of his and many other brands. That story of Al being the namesake came up somehow from speculation and the story seemed to romanticize his brand so he didn’t spend a lot of effort fighting the rumor. His trailers were on the set of the Red Skelton Show and he had a feature on his company on a TV show called “Success Story” showing how the small guy can make it in different businesses. I’m even going to get a copy of the show and try to get it posted.

I learned a lot more but can’t remember it all and it was such a surprise visit that I wasn’t prepared for the history lesson. Again, I’m going to get A LOT more history of his and many other stories of the old days in trailer manufacturing/selling and pass them along online. I will also get photos of the plants, brochures, many other documents also. He even had one of his plants (I think it was in Iowa or somewhere) that he was “pushed” out of back when there was a trucking strike by Winnebago. That is a good story in itself. In a way, he gave Winnebago their start. I’ll keep you posted.

The name ALJOA being a combination of two other person’s names seems just a popular rumor… Aljoa trailers was actually sued in Los Angeles District Court by ALCOA (Aluminum Corporation of America) as they felt Aljoa was too close sounding to ALCOA and it was a copyright infringement. ALCOA at one time was rumored to be considering the manufacture of travel trailers, trailer park models as well as light aircraft. This was in 1956, I believe. Thus the name change to Aljo for 1957 models…

Aljoa (Aljo) trailers were at one time manufactured at and sold through;

Modernistic Industries, Inc. 9620 E. Garvey Blvd. El Monte, California. (Modernistic later had other locations, but this was the original.)

Other period trailers were made in or sold by dealers in El Monte, California. (Years are of known models, not necessarily only year manufactured… in no particular order.)

There were three locations that the Modernistic Industries made trailers in the 1950’s.

John Hanson founded a subsidiary in Iowa, called Modernistic Industries of Iowa in 1957. What I would like to know more about is the pre-1957 history of this manufacturer. Later other factories were added in Loveland, CO. and Pendelton, OR.

Birchwood paneling. Non-convertible double bed with brackets over it for a hammock (small child size). Dinette seats convert to another double bed. 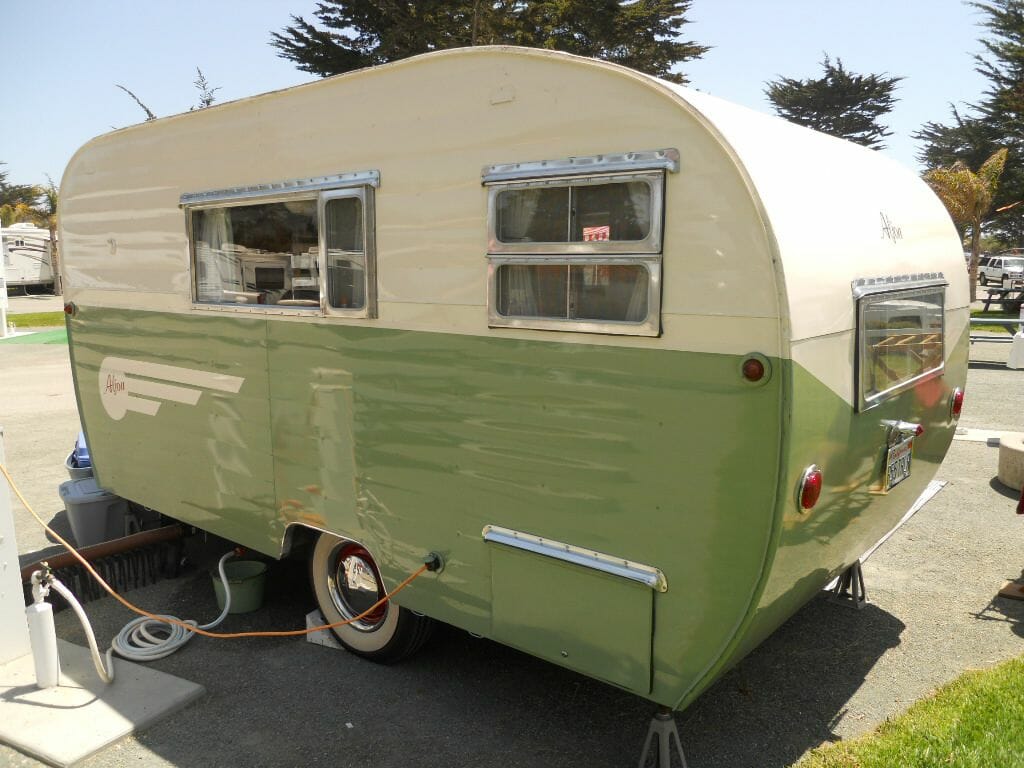 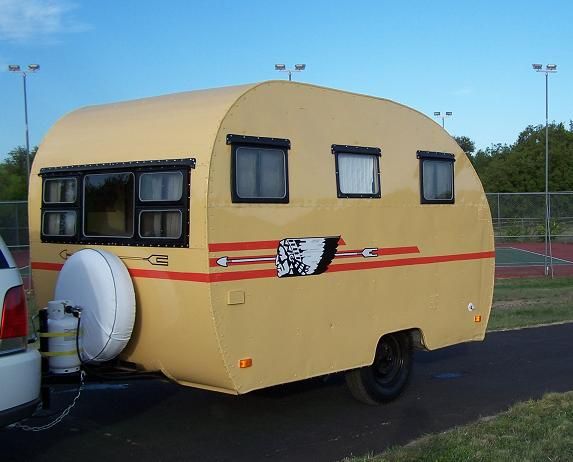 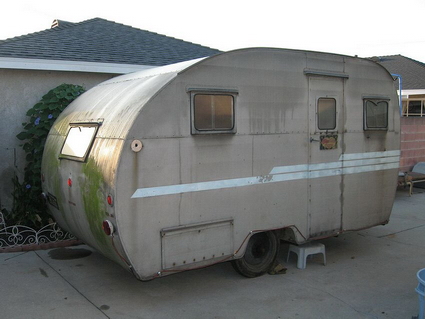 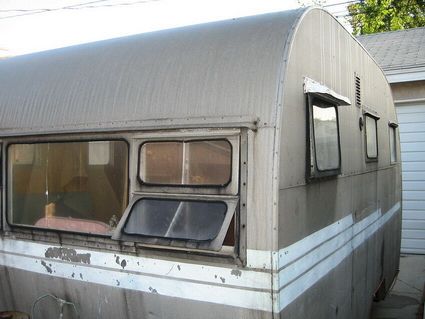 We have removed the paint and are now having it repainted with a more traditional look. We are from Golden Colorado and are very excited to start using it come Spring. 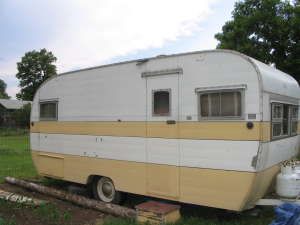 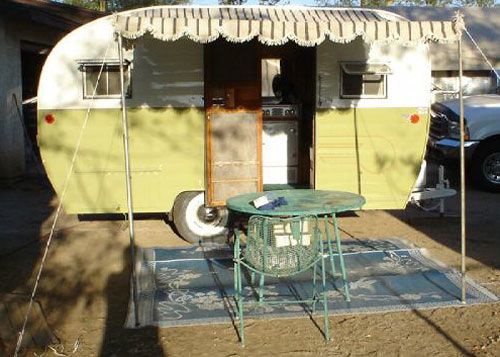 Repainted in original colors. Original logo outlined but not repainted. The awning is vintage but unknown if it is original to the trailer. 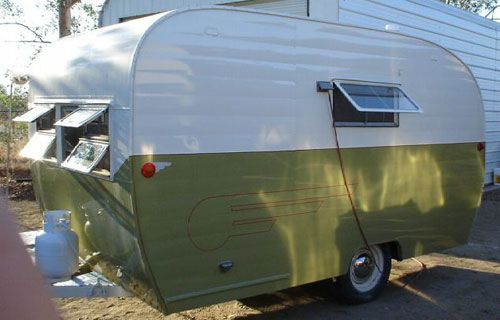 The aluminum decorative pieces around the running lights are not originals or reproductions. The previous owner fabricated these and added them. 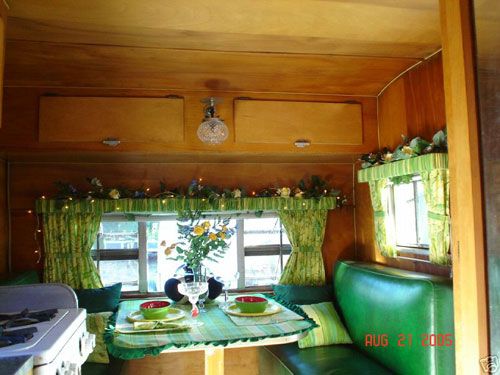 Dinette at rear, to right as you enter the door 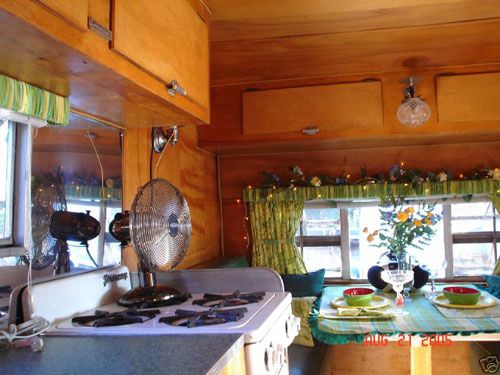 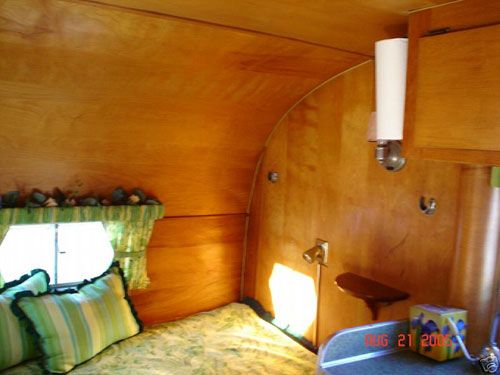 Full-time double bed at front of trailer over storage compartment. The 12V reading lamps are vintage but I don’t know if they are original to the trailer. The 12V wall sconce is 1 of 2 and is original, including the shade. The small TV shelf and cable connection were added by the previous owner. Note the hammock brackets on the wall. 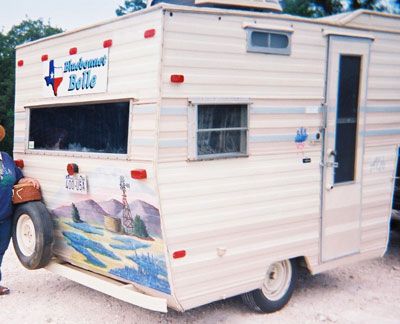 1954 Aljoa owned by Maurrie, founder of Sisters on the Fly 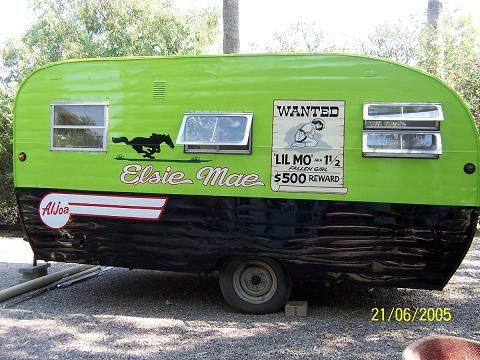 Although repainted, the Aljoa logo has been maintained 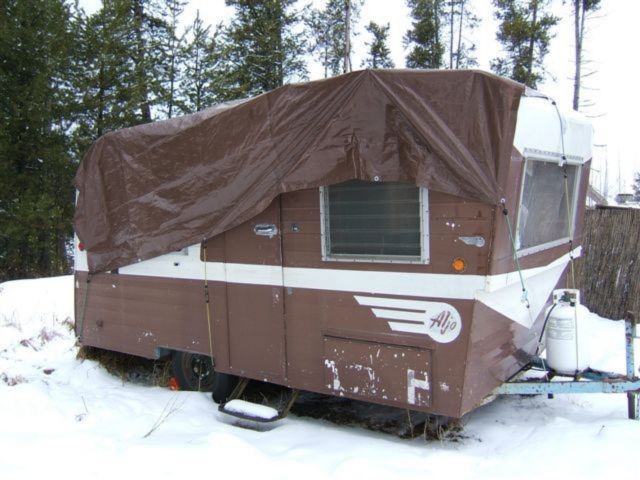 Original paint and note that the logo now reads ALJO, rather than Aljoa. However, this is not a Sportsman “canned ham” shaped model, so the Aljo name may have been used on larger models.