All I have been able to find is that this was made in Indiana by Blazon Manufactured Homes Corporation.

However, an ad in a 1968 RV dealer magazine (found in the library of the RV/MH Hall of Fame in Elkhart) lists the address as: Blazon Mobile Homes Corp 1830 Adams Street Elkhart, IN 46514

I don’t know how early they started, but the last trailers/RV’s were made in 1979. Update: Blazon trailers were manufactured from as early as 1966 to 1979. They began manufacturing small trailers and by the time they closed they were primarily manufacturing single wide mobile homes. Just to let you know I have a 1966 Blazon model 16SR. I have fully restored it. I’ll post some pictures in the near future. Earl Schneider Mt. Vernon, In.

I have a late 60’s trailer. I have seen pics of Motorhomes/RV’s from the 1970’s too. Update: Blazon listed this trailer as a 14′ Front Kitchen.

Our 1966 16′ camper has a 13.5′ box, a side kitchen, rear gaucho couch with fold down bunk above, front dinette, and side small closet, furnace with icebox above (replaced with a refrigerator) and a 2nd larger closet which could have housed an optional toilet/shower area. 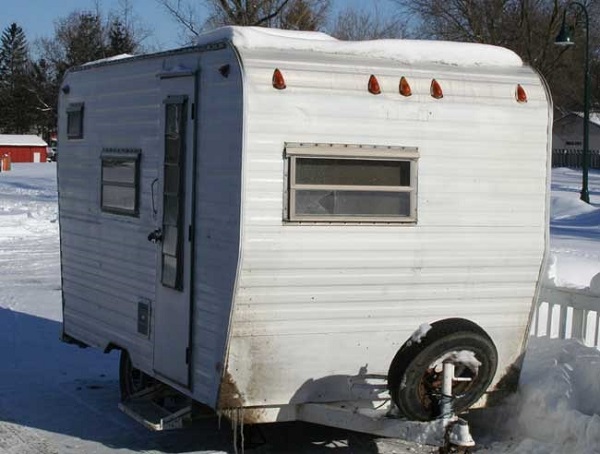 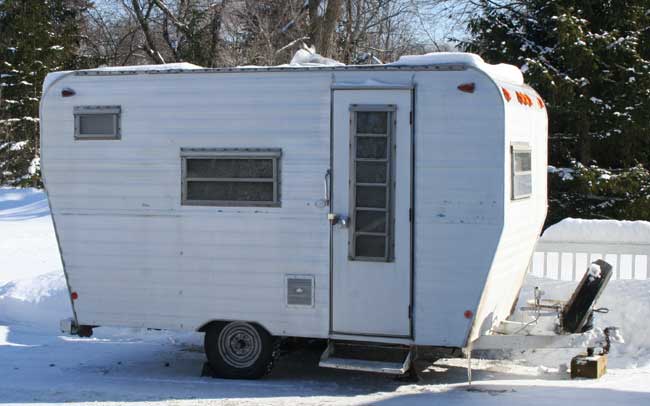 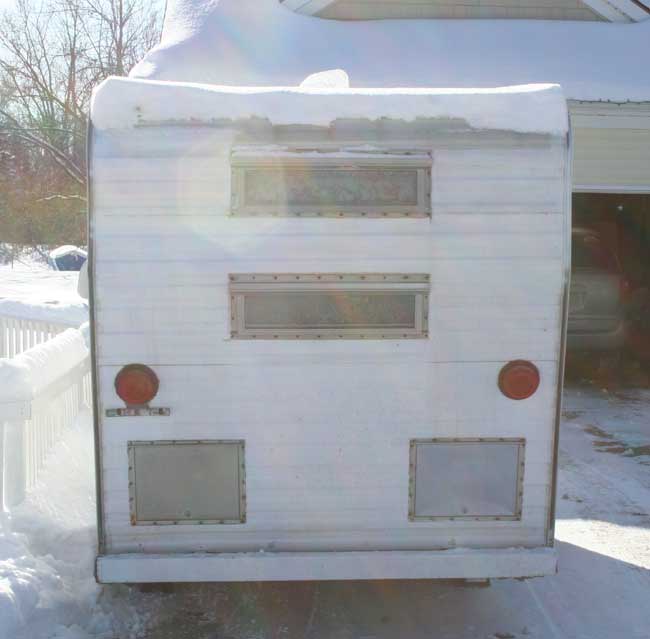 1968 Blazon 12(?)foot trailer – T.Smith, Michigan. Not the most attractive side, but it is very functional 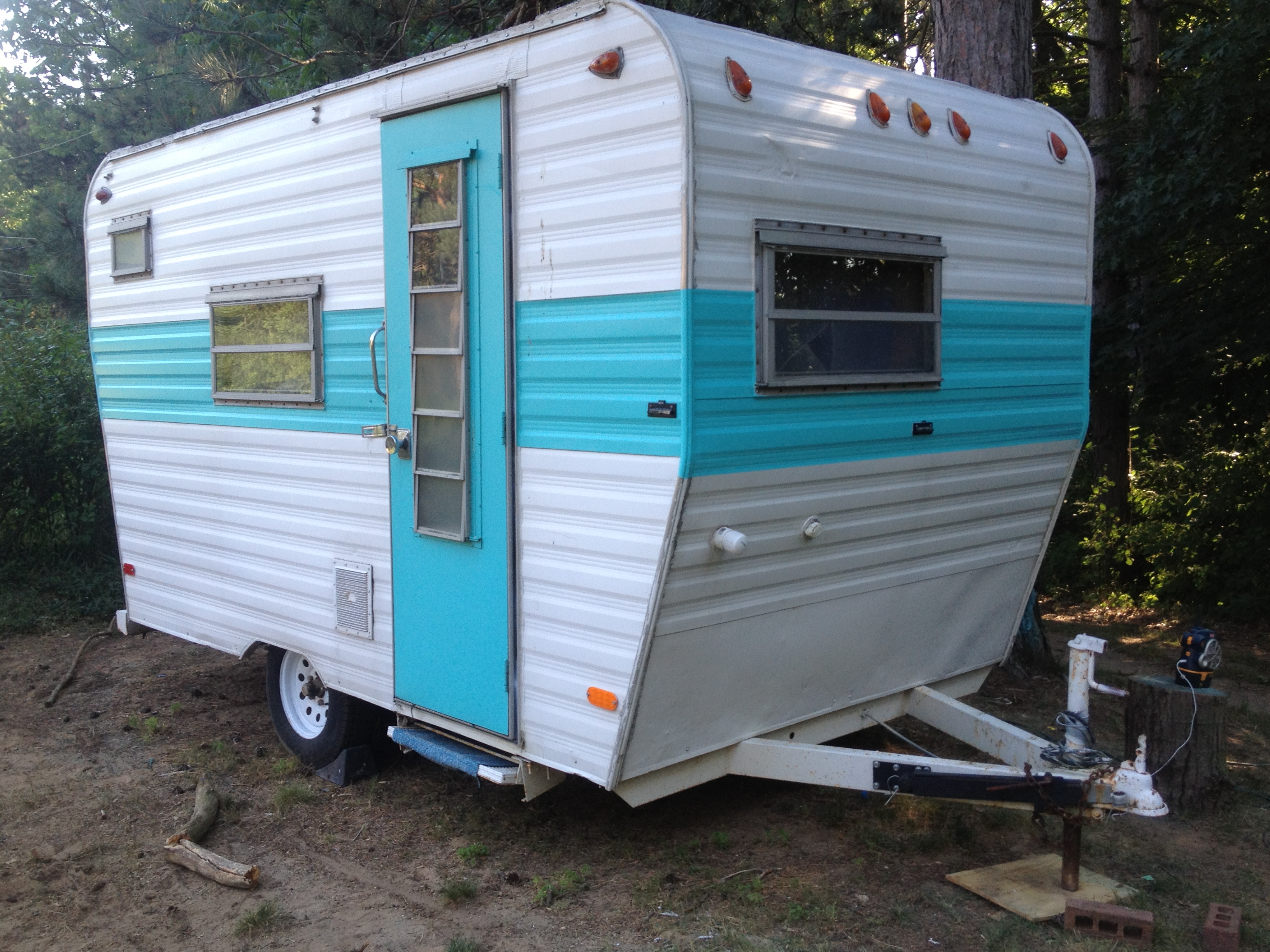 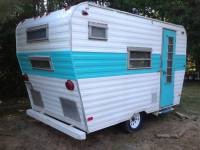 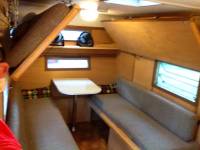 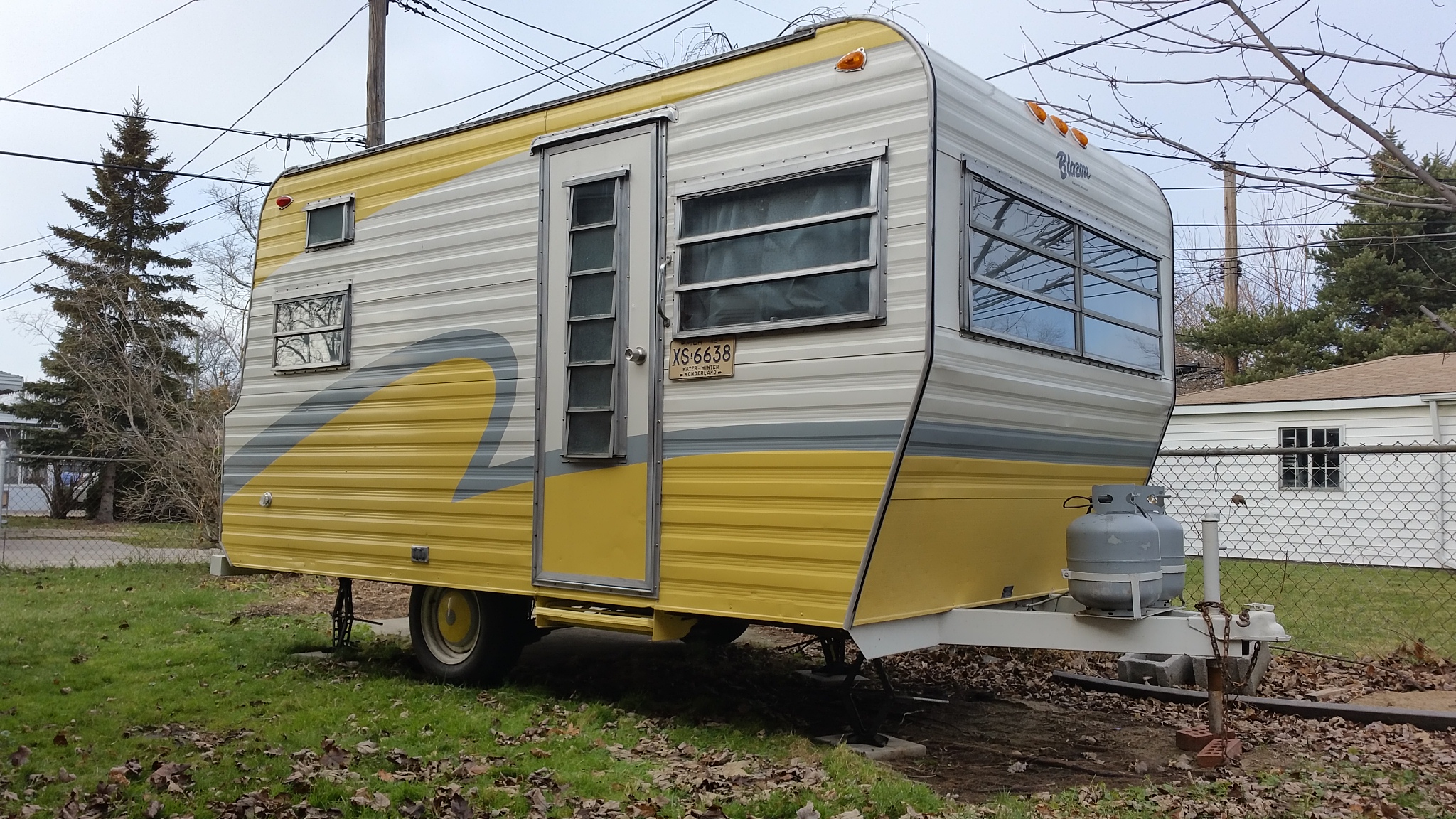 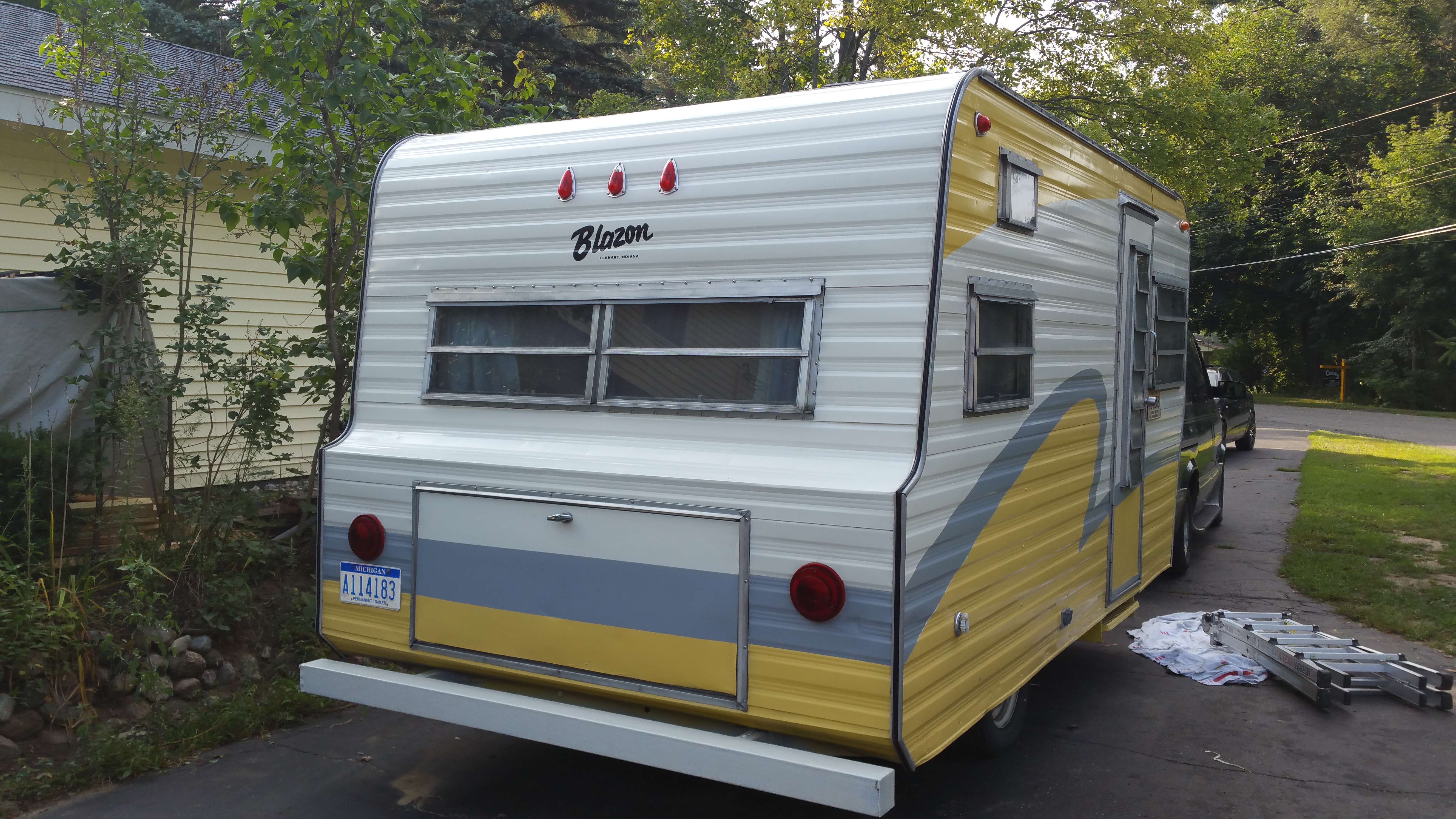 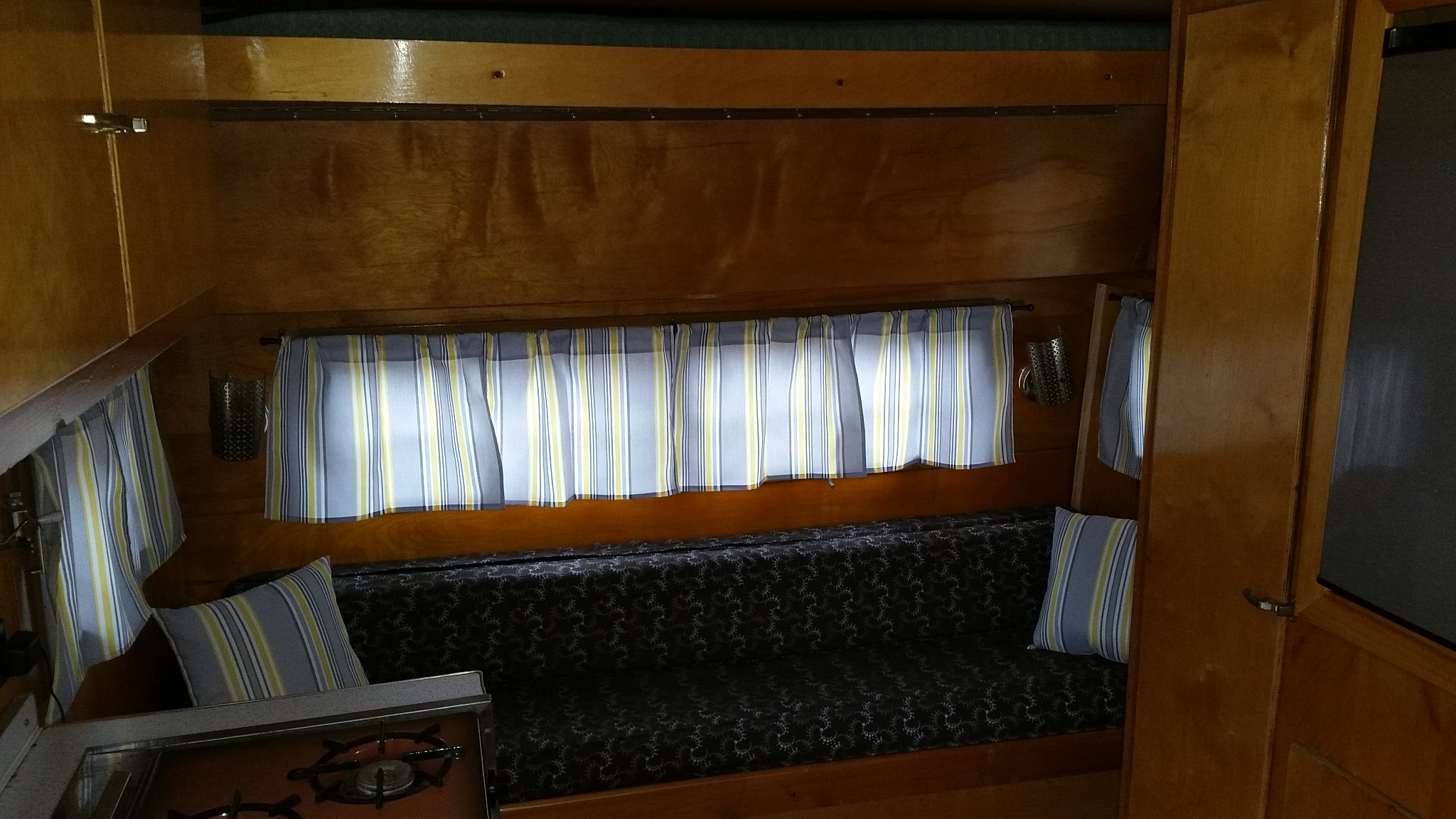 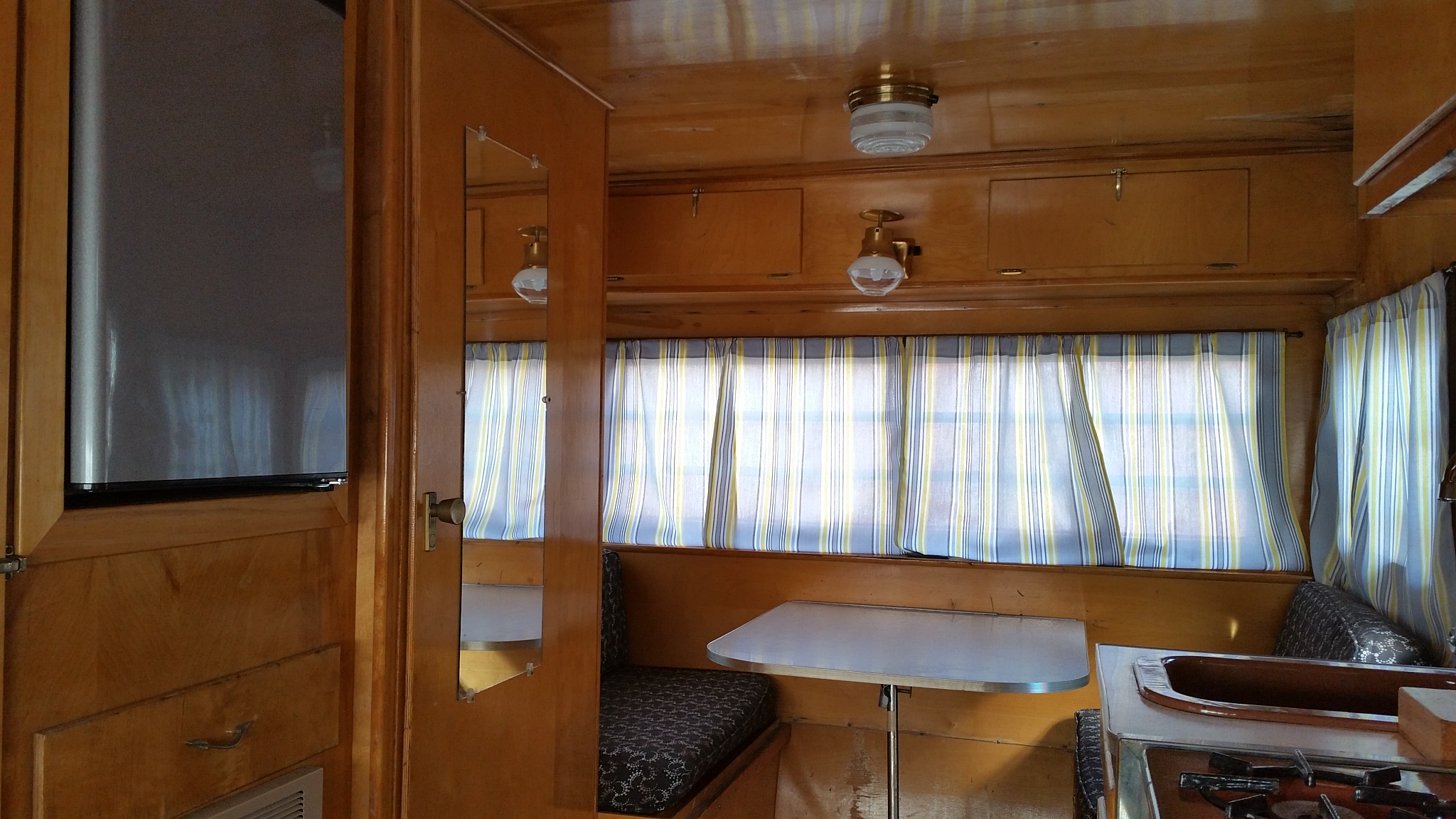 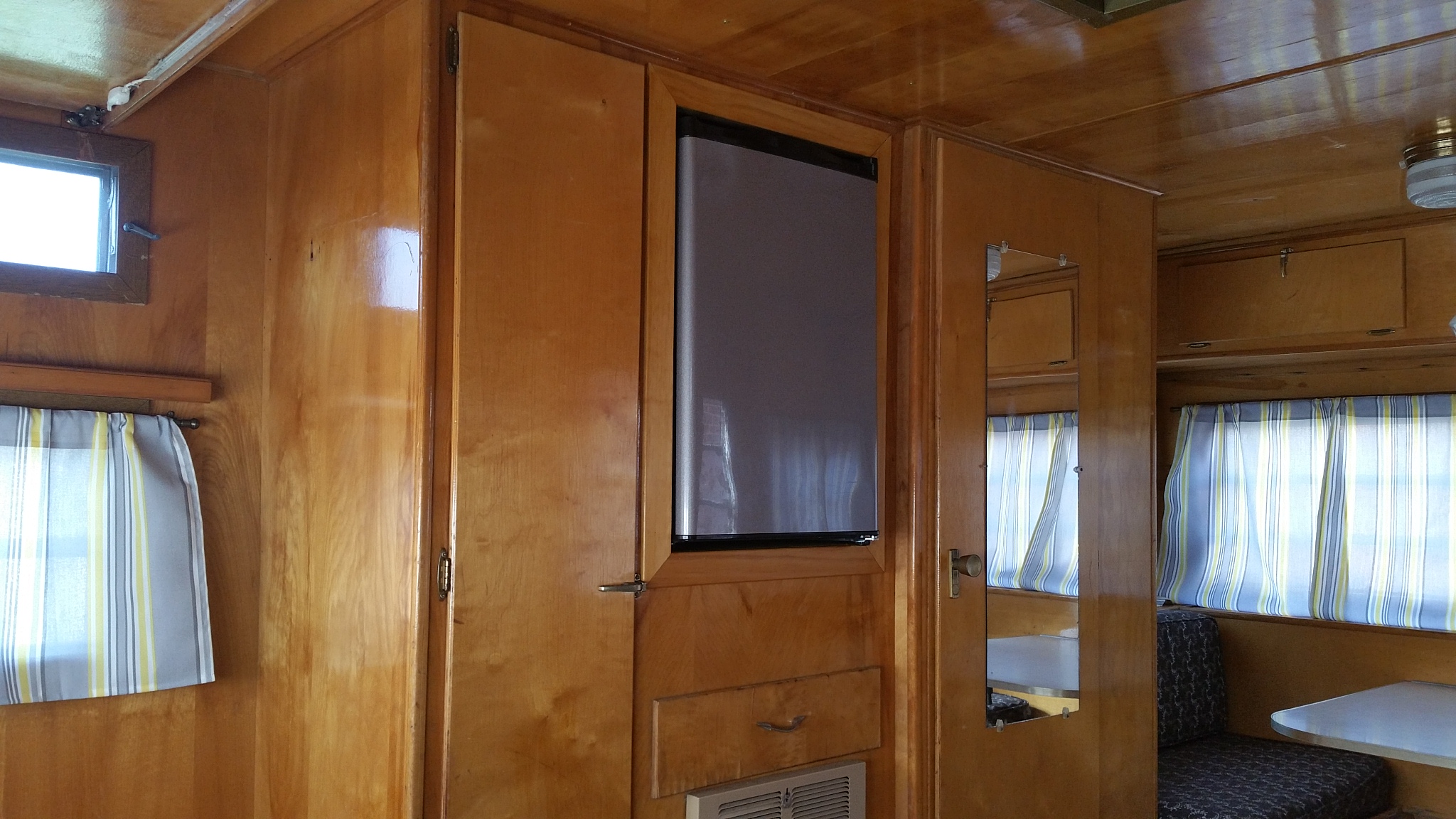 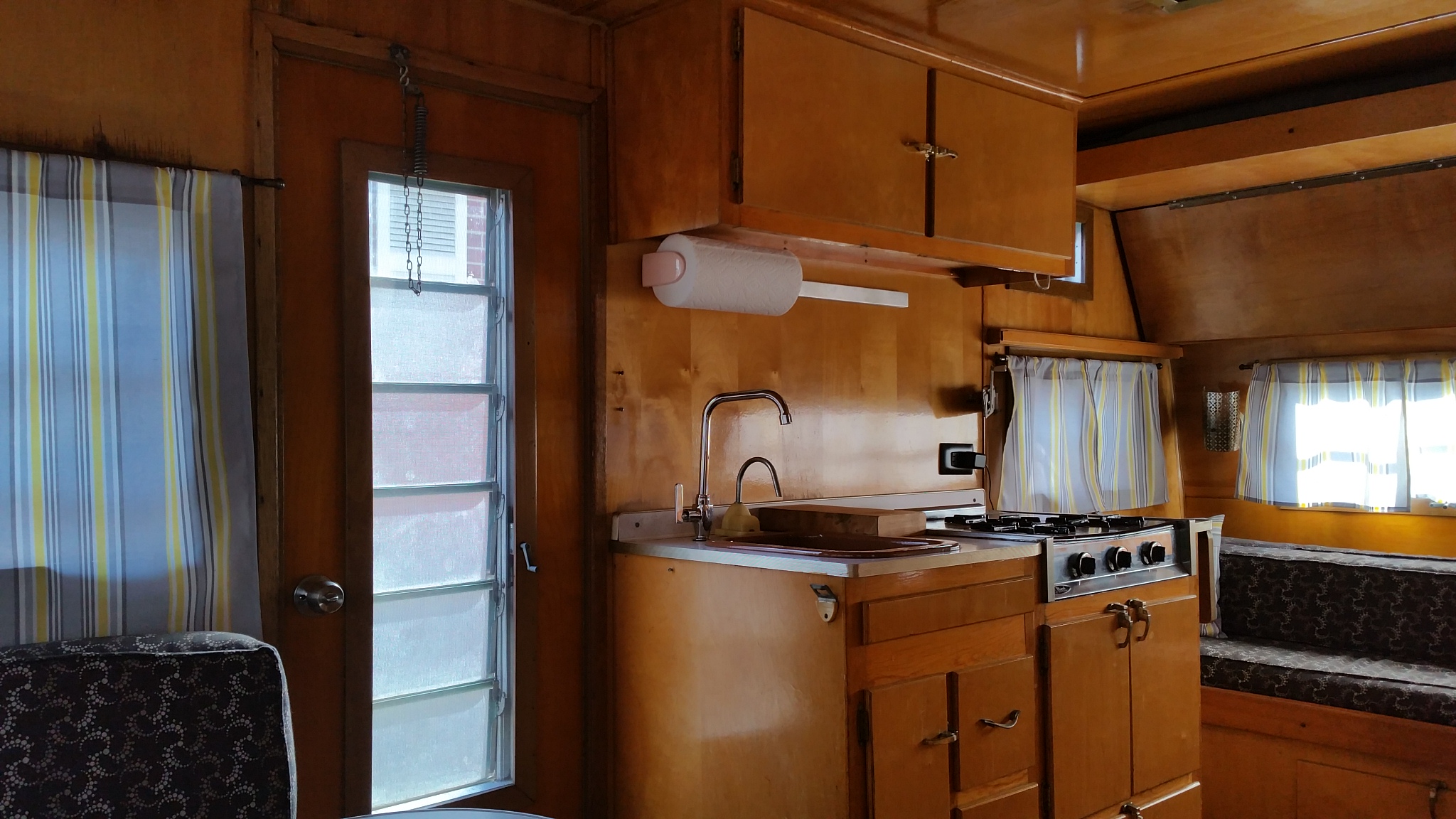 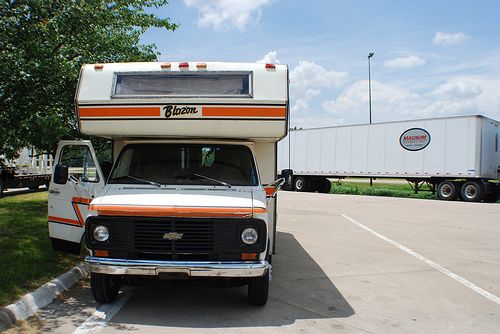