1979 to 1989 Calvanaire was owned and operated by Wally Callaghan, John Van Berkel and Travelaire Trailer of Red Deer Alberta. The plant was located behind Glendale RV, where Wally and John started their careers in Canada’s RV Industry

1989 to 2010 Calvanaire and Travelaire Trailer was purchased by Glendale RV a division of Firan Corporation in 1989. Eventually the Lothian Ave. plant operations were relocated to Glendale’s factory which was just around the corner at 145 Queen Street as well as all of the administration and marketing functions. Wally and John were now retired from the business.

Calvanaire featured 2 brands for the Eastern Canadian Market: Travelaire and Holidaire. Essentially they did this to be able to have multiple dealers in major markets. Under these brands Calvanaire built Travel Trailers, Fifth Wheels Park Models, Class C and B Motorhomes.

Typical Fit and Finish of the 80’s As they evolved, materials and finishes were upgraded to differ from the offerings of US manufacturers such as Fleetwood which dominated the Canadian market. Very quickly Calvanaire developed a good reputation for styling and build quality. Many Canadian dealers who knew Wally and John from their previous Glendale days having a lot of respect for their experience and knowledge very quickly promoted and sold the Calavanaire brands which could be seen in the campgrounds on the highways in a relatively short period of time.

They perfected the first full slide & bigger slide out park models in the Canadian marketplace. Calvanaire had a specialized team from their Strathroy Factory to set up initial units that were sold to Canadian customers in new parks being developed in SW Ontario and near the GTA. 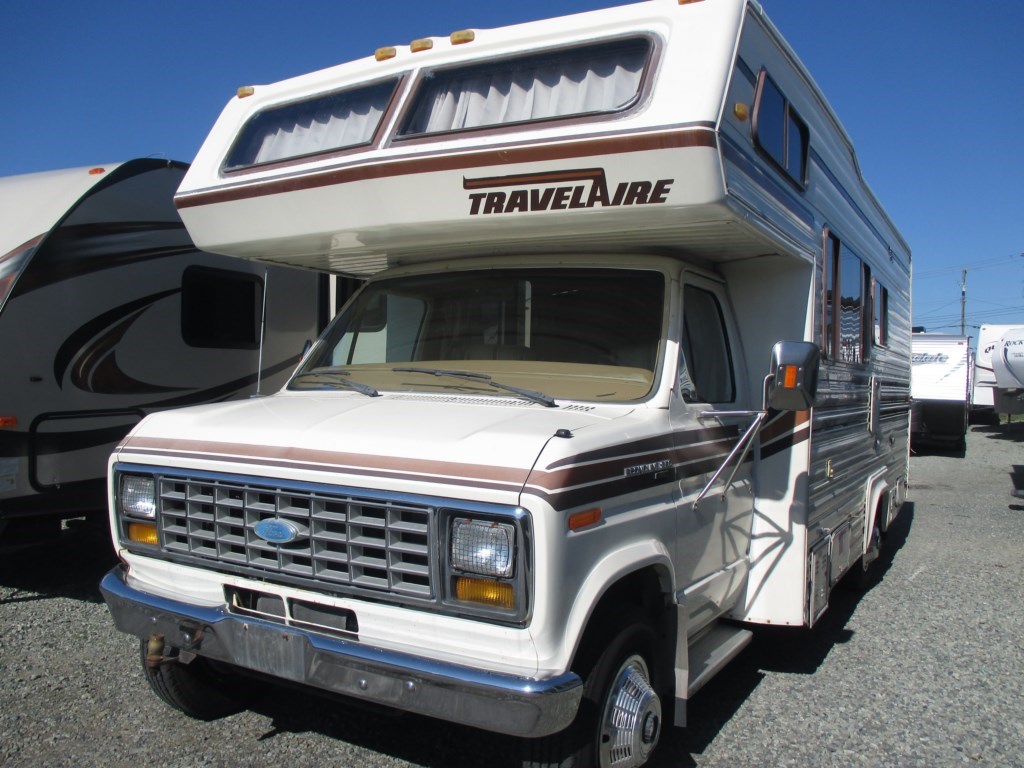