From 1935 to 1945, Mount Clemens, Michigan was home to one of the largest travel trailer manufacturers in the United States, the Covered Wagon Company.

Covered Wagon was founded in Detroit in 1929 by scientist and inventor Arthur G. Sherman. Sherman was a bacteriologist who had inherited Sherman Laboratories in Detroit from his biologist father. Sherman’s idea for a travel trailer grew out of an unsatisfactory experience with a tent trailer during a family camping trip. Sherman resolved to design a better camper for his family, and his children dubbed it “the covered wagon” after prairie wagons of old.

Seeing a potential market for his design, Sherman rented a garage, hired a couple of cabinetmakers, and began building travel trailers. His prototype was exhibited at the Detroit Automobile Show in January, 1930, and garnered an enthusiastic reception. The next year, the fledgling concern sold 117 trailers. In 1934, 320 Covered Wagons were produced, and it was time to move the company to larger quarters.

In December, 1935, Covered Wagons began to roll off the new assembly line in Mount Clemens. The plant was located at 332 Cass in the former Copeland Products factory. By the spring of 1936, production was running at the level of 1,000 units per month, and additional shop space was leased at two other locations in town. The machine and metal shops were moved to quarters on Grand Avenue, and the milling department was moved to a former lumber yard at North Ave. and Elizabeth. The company was Mount Clemens’ leading employer, with over 500 workers on the payroll, and the industry leader in the manufacture of trailers nationwide.

Despite the economic hardships of the Great Depression, sales of Covered Wagons continued to set records throughout the 1930s. The company was responsible for several innovations in the industry, including the use of electric brakes as standard equipment, and an exclusive patented exterior covering called Shermanite, which was formed by stamping zinc-coated steel and plywood together to create a weatherproof skin.

The company offered several models of trailers from standard to deluxe, and ranging in price from $395 to over $1,200, depending upon options selected by the customer. Eventually the product line was pared to three models in order to facilitate mass production. The company’s 1937 color catalogue provides specifications for the Master, DeLuxe, and Custom trailer models.

In 1940, labor relations at Covered Wagon turned sour. The Covered Wagon Workers Association, by now affiliates of the UAW-CIO, staged a 10-day shutdown at the plant and picketed the company. Issues included a wage dispute and worker dissatisfaction with production changes.

The entrance of the nation into World War II changed operations at Covered Wagon greatly, as it converted its production efforts to wartime needs. The company produced truck cargo bodies and was granted the Army-Navy “E” award for high achievement in war production in the spring of 1945. Additionally, forty-two Covered Wagon employees served in the armed forces during the war and one was killed in action in the Pacific.

Following the Allied victory in Europe, the War Department decreased its order for truck bodies from Covered Wagon. The company was apparently idled in mid-1945, for by September of that year the plant was leased to the Ironrite Ironer Company, and by December, 1945, Ironrite ironers and not travel trailers were rolling off the assembly line at 332 Cass. Covered Wagon officials expressed their intentions to resume trailer production after re-evaluating the company’s position, but this apparently never occurred, and the Covered Wagon Company passed into the pages of Mount Clemens history.

Then in 1958 Herbert Reeves Jr. acquired the the rights of the Covered Wagon. He Establishing several industries first such as developing the sewer line storage in the rear bumper and the rear access storage trunk.

Covered Wagon made what was considered the first travel-trailer, constructed in 1929 of wood with the top made of canvas A later version of the Covered Wagon (name used by permission of the Sherman family) was made in Elkhart, Indiana from 1958 – 1968 begun by Herb Reeves Jr. 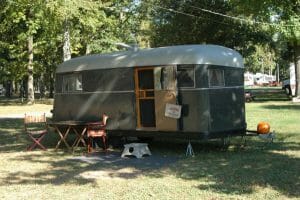 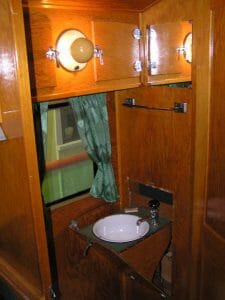 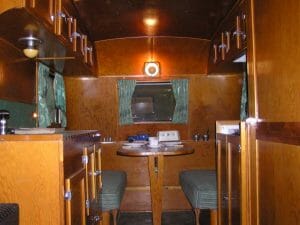 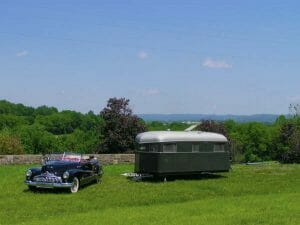 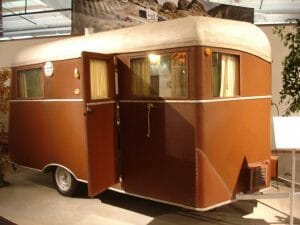 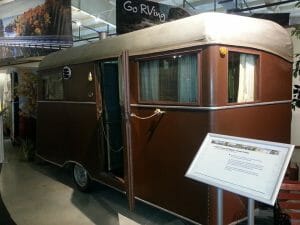 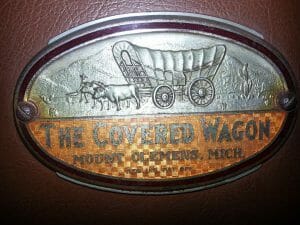 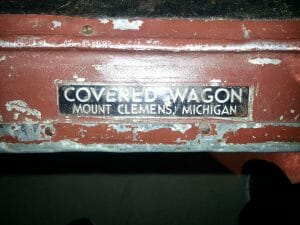 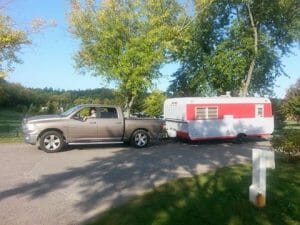 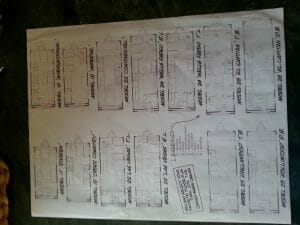 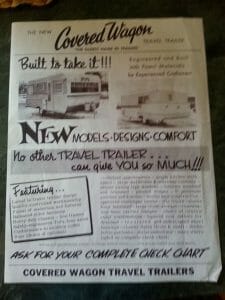 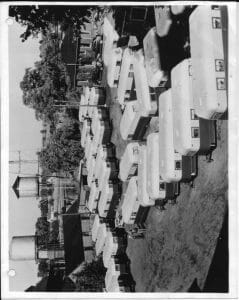 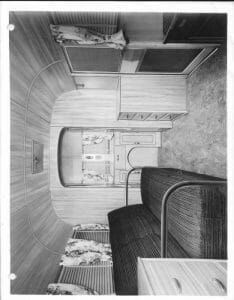 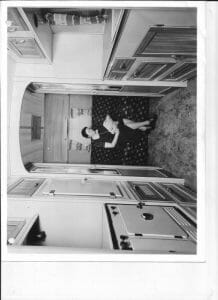 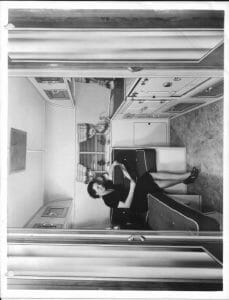 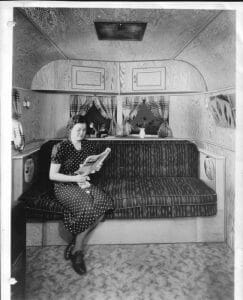 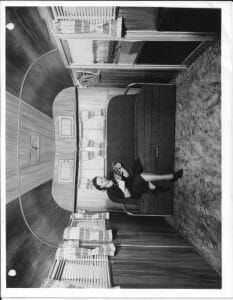 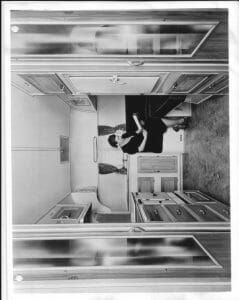 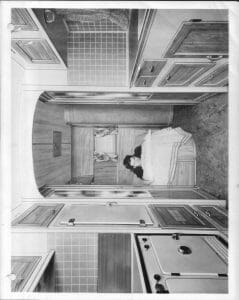 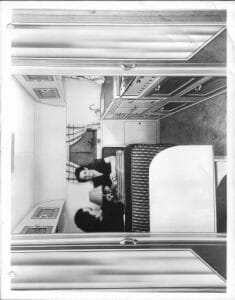 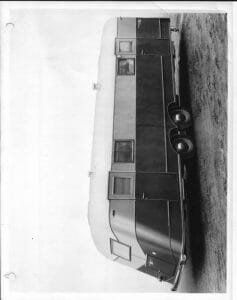 Deb and Dwayne Szymanski we have the 1963 Imperil model 20′