The Bungalow Trailer was manufactured by F. P. Lyons Iron Works located in Manchester, New Hampshire. The company specialized in both structural/ornamental iron and trailers, as is shown in the August 31, 1918 Bureau of Labor report and confirmed by a Motor West article on February 1, 1920.

The company started manufacturing hauling trailers sometime during 1917 but entered the camping trailer market during the summer of 1920. On February 23, 1921 Francis P. Lyons applied for a patent for his Bungalow Trailer. On January 5, 1926 he was granted US Patent 1,568,895. The camping trailer was well built and of complex design. Unique features included a permanent roof that raised up, permanent roof over the wing beds that unfolded into place, semi-rigid tent walls, screen doors and a bay compartment located at the front of the trailer. The entire unit could be removed and the trailer used for hauling purposes as well. 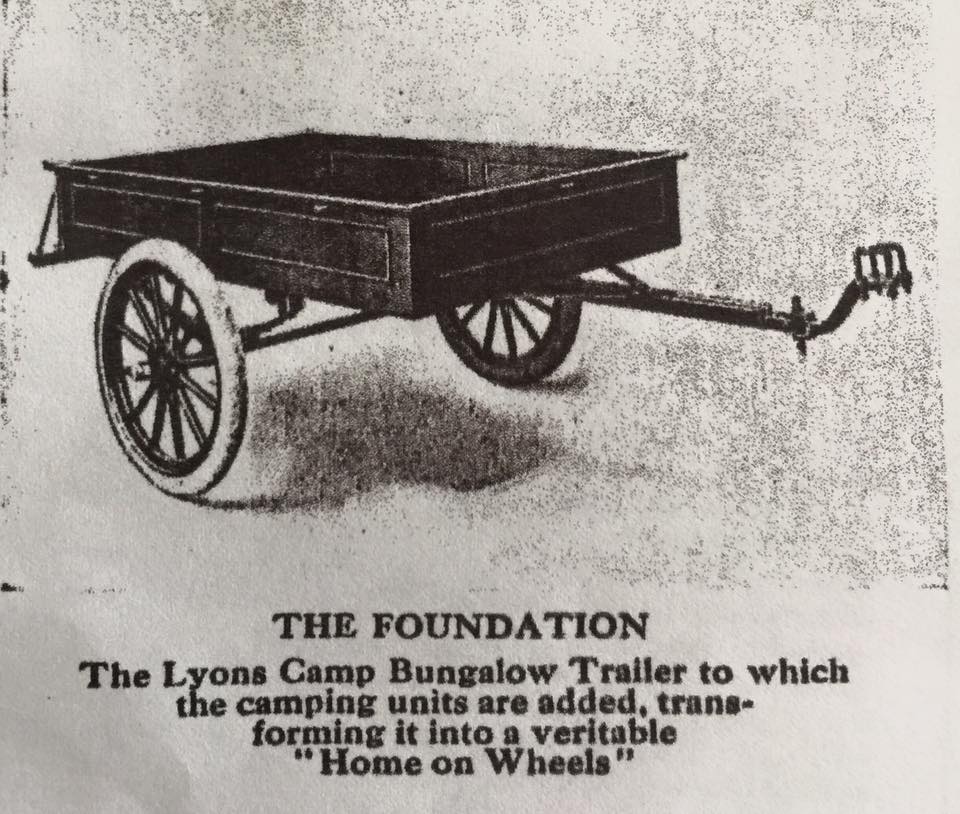 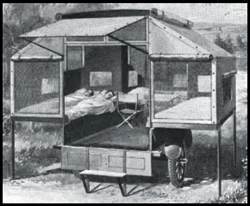