The General Coach Company was originally located in Marlette, Mi. I wrote a letter to the library and got a response that the owners son still lived there and she gave me his name and email/phone number. The email did not go through so I need to call. Apparently the family has owned a lumber yard in Marlette which explains the rough sawn oak that was used to build the body framing. Probably jumped on the trailer building bandwagon after the war like everyone else.

Atlas MH Directory has a 1950 27 X 8 4 Star General DeLux brochure in their data base. This is a Caravan body style.http://www.allmanufacturedhomes.com/html/1950_general_8x27.htm

The the early models generally had a “Bread Loaf” body style with plum front and raked rear. Aluminum skin attached with screws

Other models including later 5 Stars came in the Caravan body style. 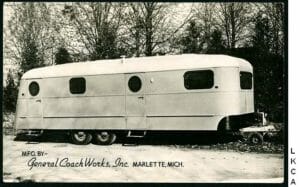 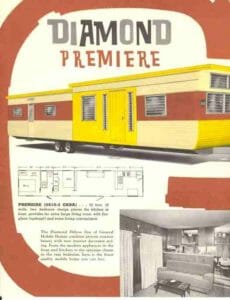 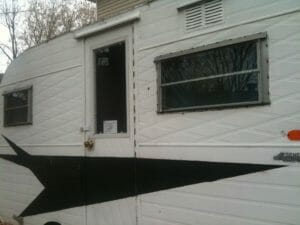