Jack Watts was the owner of the original Jack’s trailer service and later Scotsman Industries in Gardena, California. He was a native of Oklahoma who lived in Palos Verdes, California. 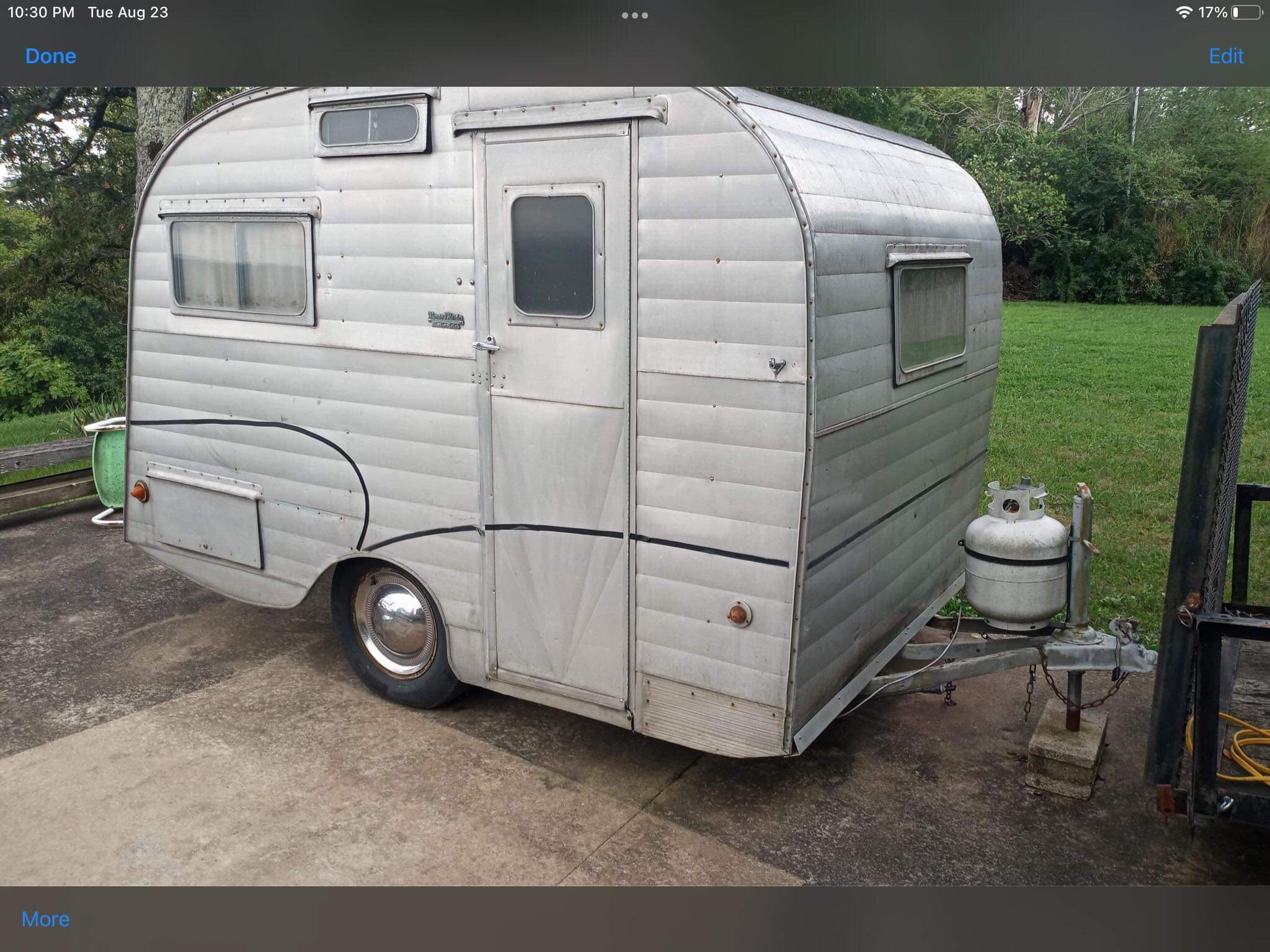 It is titled as a 1955 SCOT and Tim Heintz says it is a Scotsman, pre bump, which “started sometime in the 50s”, according to the wiki.

The Scottie, the Romer, and the Highlander featured “solid construction” of plywood (not framed in with studs). Sometime in the 1950s the models developed a distinctive “roll” above the front window that was used for storage. Prior to that, Scotsman trailers had a more traditional “canned ham” shape. The original version re-emerged with the 1970’s Romers, as those found have been without the trademark roll. Interior features for these models included a table and two benches (early versions were upholstered in blue plaid) in the front, a fold out couch/bed in the back, and a claustrophobic fold-down bunk above the couch/bed. The kitchen had a stove top (3 to 4 burners) and an icebox (later a refrigerator). A closet was opposite of the kitchen. Early windows were awning style. In the 1960s, jalousie windows were used for the operational windows. 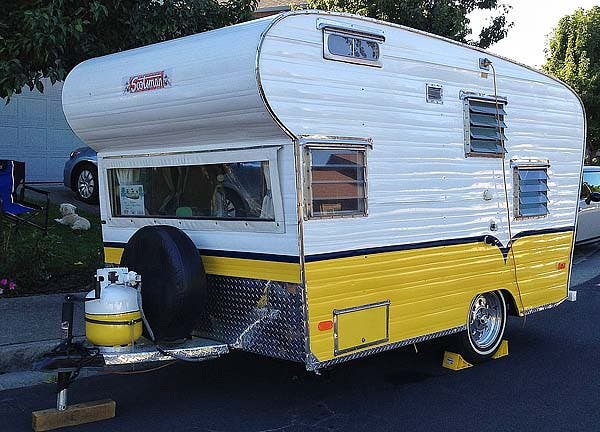 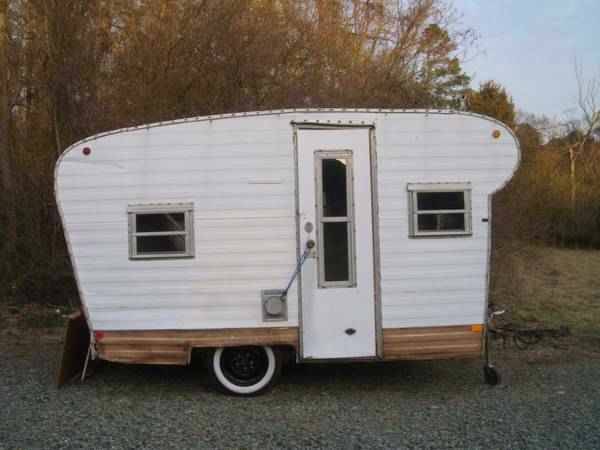 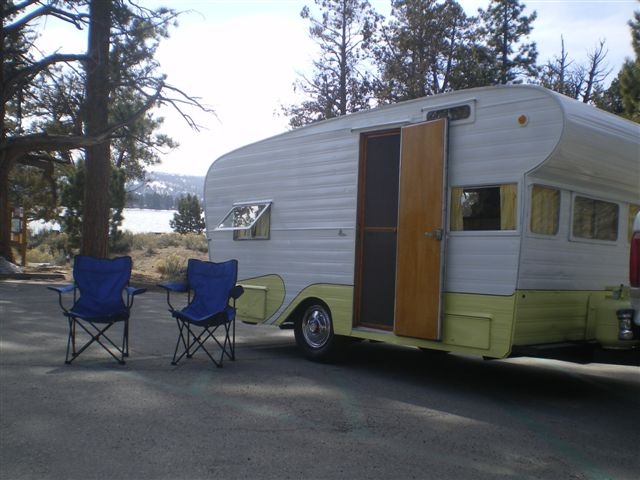 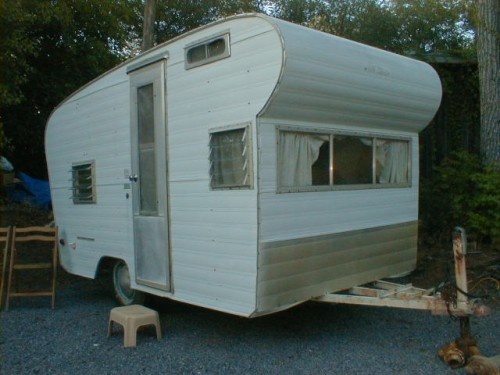 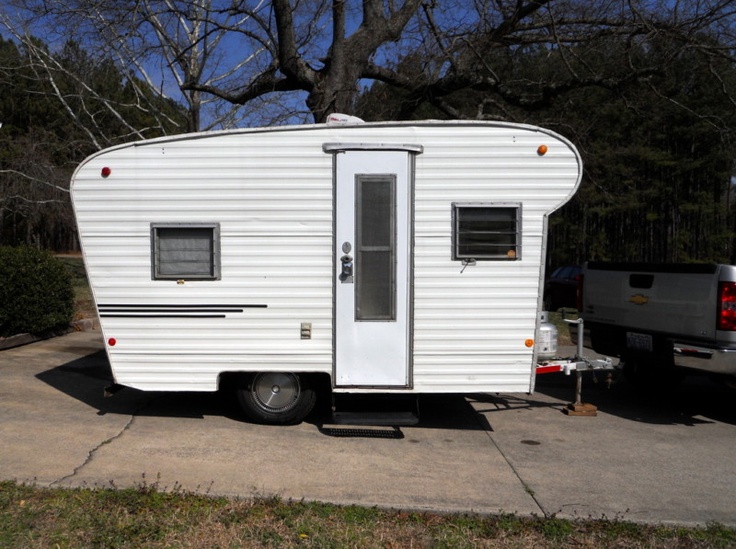 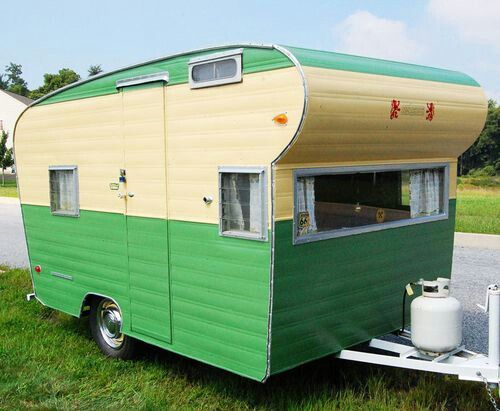 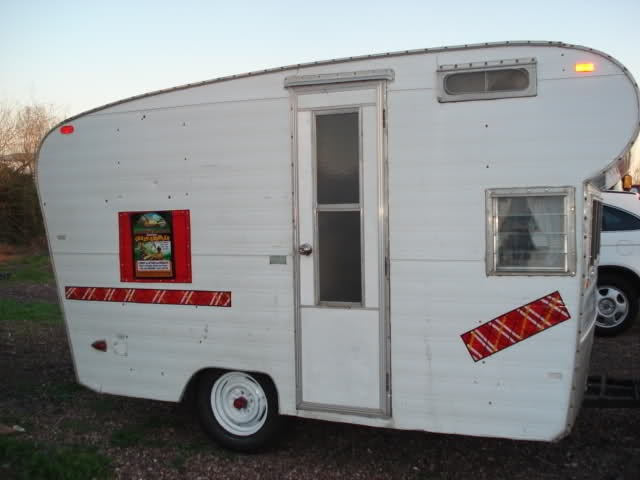 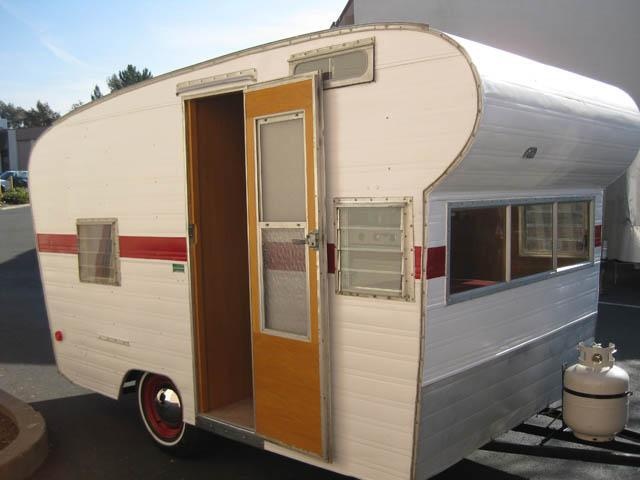 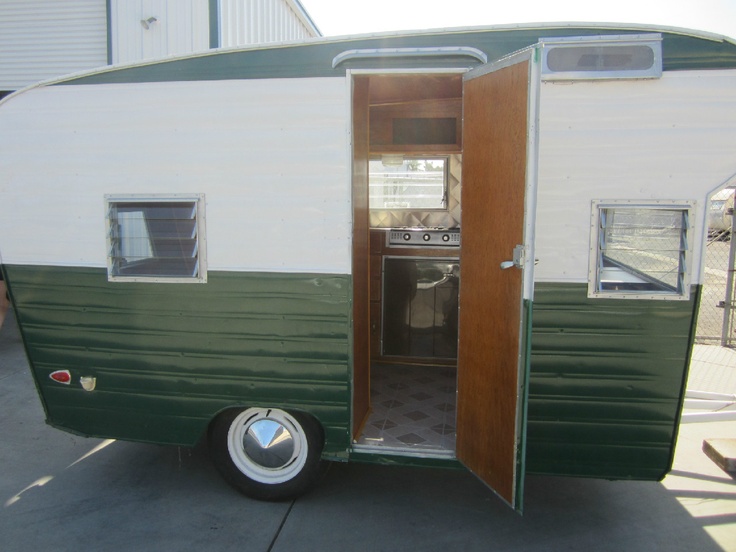 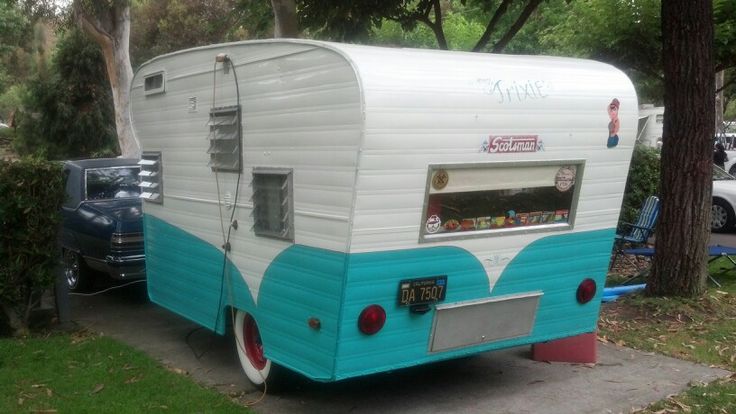 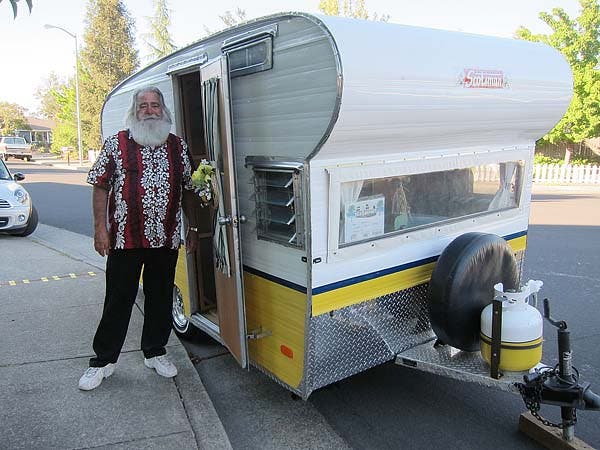 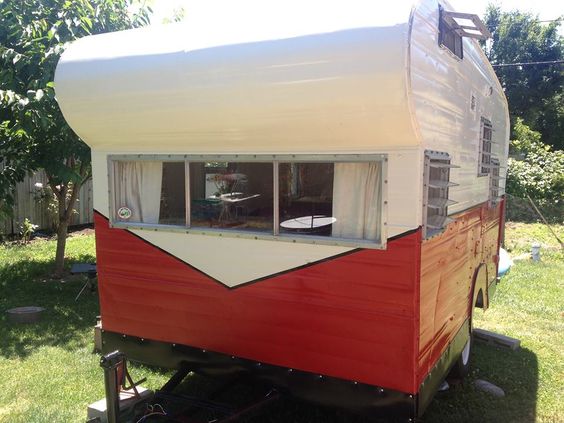 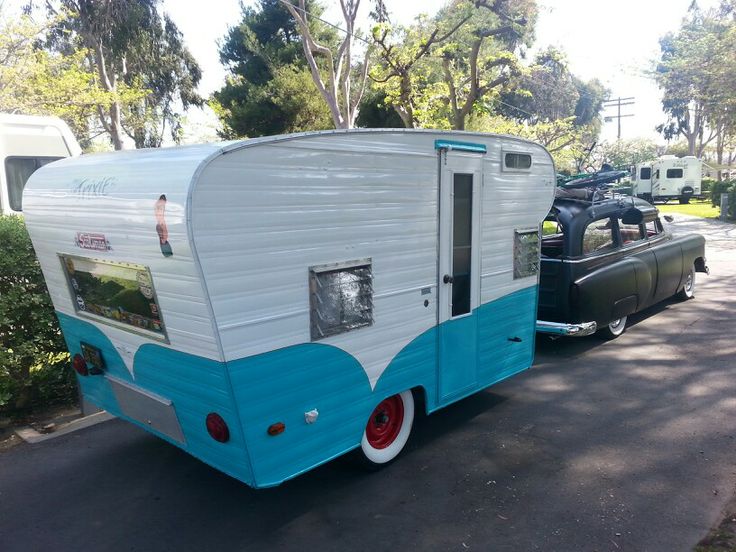 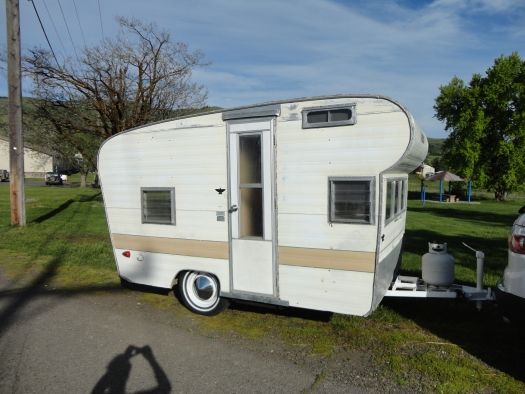 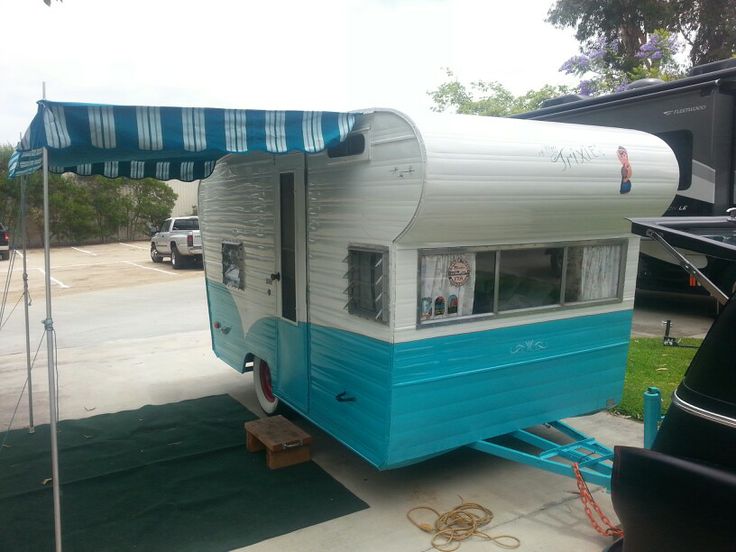 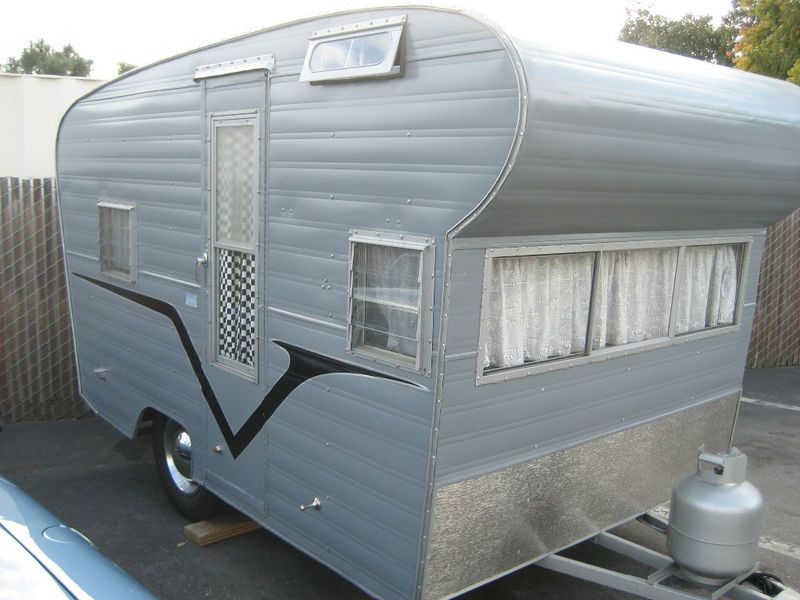