Trailblazer was a product of Spencer Sports Products of Spencer, WI. Spencer Sports Products began in 1956 as a producer of ice fishing huts. Over time, the company introduced travel trailers and campers to its product line under the “Trailblazer” name. In 1962, after much arm-twisting from Bill Keyes (the founder?), Spencer Sports Products was purchased by John F. Wick, founder of Wick Building Systems, co-owner of Marshfield Homes, and brand-new owner of Artcraft Homes of Ft. Worth, Tx. Under Wick ownership, Trailblazer was operated as part of its new Artcraft division. A new plant was built in Spencer and production was expanded to Ft. Worth, Tx, Waycross, Ga, and Fredricksburg, Va. Because it was not a large player in the RV industry, Trailblazer fell victim to the energy crisis of the early 1970s, and all Trailblazer plants were shuttered by 1974. Wick Buildings, the sole remaining entity of Wick Building Systems, Inc., no longer possesses any documentation pertaining to promotion or production of Trailblazer products.

Originally manufactured in Spencer, Wisconsin. As it is understood, Komfort RV bought out the name brand “Trailblazer” and still builds them today as a Komfort built trailer. My wife and I recently bought a mid 60’s 13′ Trailblazer. It was manufactured in Fort Worth TX So far it is the only I’ve seen not made in Spencer WI

I have a 60’s model Pathfinder made in Spencer Wisconsin (just up the road from Medford where I live). It also has the shutters and the confusing part is that I find references to the Trailblazer in several articles but haven’t seen any around. I’ve seen several Pathfinder around and the tag on the side of mine says manufactured in Spencer Wi. It no doubt is a well built unit. Am restoring it now.

There is a very distinct exterior feature that will set this trailer apart from all other vintage trailers. These trailers have small metal shutters fixed to the sides of all the windows. This ads a particularly “homey” touch. 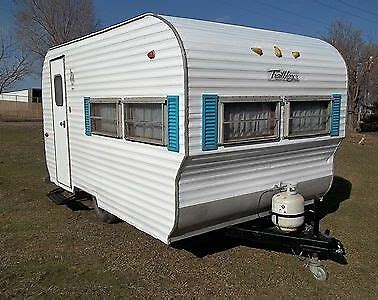 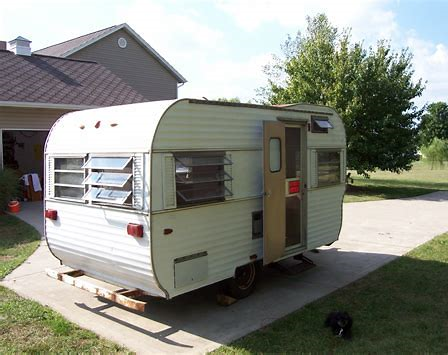 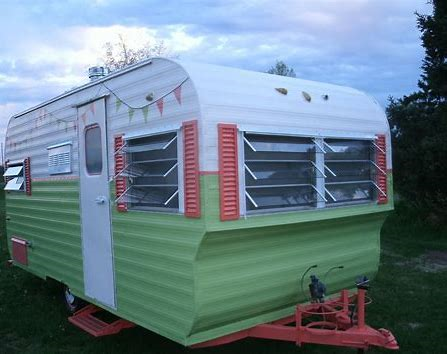 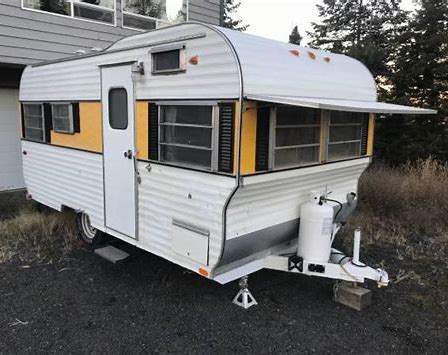 Pete H. (Saint Francis, WI) – 1965 Trailblazer 13′ – Vintage trailers are a Fun and Interesting way of camping. Vintage campers ad a flare to the tone of camping. A connection is made with our past that is somewhat warming.

Jennifer A. (Arlington, WA) – 1963 Trailblazer 15′ – I am looking for the 2 page brochure from 1963 on these trailers. If anyone has one to sell please email jenartim@hotmail.com. Thanks!!!

Mike H. (Decatur, AL) – Mid 60’s Trailblazer 13′ I am trying to find where the VIN # might possibly be located. No luck so far. Email: mick@pclnet.net. Pete H. If you don’t mind me asking, what’s the basic layout of your 13 footer? Trailblazer group on facebook https://www.facebook.com/groups/VintageTrailblazer/

Leon B. (Minneapolis, MN) – 1962 Trailblazer 13′ (Pictured Above!) – Purchased in really good condition. Modernized by putting in electric fridge, AC, and catalytic propane heater. I love this trailer, but may need to upgrade since my family is growing and we need more room!

John W. (Duluth, MN) – I purchased a 1971 32ft. Trailblazer for 50.00. I found the title an quite a bit of the original paperwork for the trailer. Her name is Lucy, she was mainly used during hunting season. She has sat the last 10+ years sitting an collecting rodents an mold/mildew. Well, last hunting season (2016) some punk idiots used her for target practice. Very sad, but I have been able to save the front 15ft for living quarters. There are 2 sets of shutters an a small cabinet with drawers, with the original 8 track/am/FM radio intact that I was able to save. Plus a few minor parts to rebuild the front half. The rest of the rear half will probably be for hauling my car….I think. Thanks for reading this.