Trotwood Trailers, Inc. began offering assembly line travel trailers to the public in earnest in 1930, however, a 1936 sales booklet also states, that, “More and more trailerists are judging trailer coaches by…..the fundamental designs pioneered by Trotwood officials as early as 1920, when they first introduced them to America, in a side-door travel coach having two lower double beds, one at each end, and having the cabinets, refrigerator, stove, dining table and other conveniences centrally located”. This would obviously put this company at the forefront of trailer coach manufacturering. However, I suspect that these were larger, custom-made-to-order coaches, because I’ve never been able to locate a photo of one of these twenties’ era trailers, but, in another travel trailer brochure from about the same year, it states that, “Trotwoods have been taking to the road in every increasing number since 1930”.

It all began with Ray Kuntz and Warren Wagner back in the late 1920’s. These schoolteachers occupied their summers in a garage on Grand Avenue, designing a prototype canvas tent on wheels to take camping. Despite the economic gloom of the Great Depression in 1932 they opened Trotwood Trailers and by 1950 they grew to control 20% of the camper trailer market in Ohio. There were many models to choose from and one of their largest models can still be seen in the mobile home park on East Main Street of Trotwood Ohio. It was a regular sight to see 12 trailers rolling out of town every day on their way to customers across North America. Their neighbors tolerated the pair working long hours from their ‘home office’ not realizing the impact their inventions would have on the trailer world from innovative axle systems to the first side entry door trailer. Fire destroyed Trotwood’s legacy business back in 1981. Thousands of campers and travel trailers were built on North Broadway, Trotwood Ohio, for delivery all across the country. Trotwood Trailers were respected for their innovative features and high-quality construction. Many still survive today but the company does not.

This Trotwood model was a sensation back in 1932. It was one of the first trailers designed to feature a door on the side instead of in back.

This is the last Trotwood Trailer located in the mobile home park on East Main St in Trotwood, Ohio. It was being renovated when this picture was taken in August 2009

One of the first to offer a door on the side instead of the back of the trailer.

Trotwood was the first to make a “ham can” of “Canned ham” style trailer. These were modeled after the English caravan trailers. The Trotwood Ranger was one of the earliest Canned Ham trailers, built in 1932. 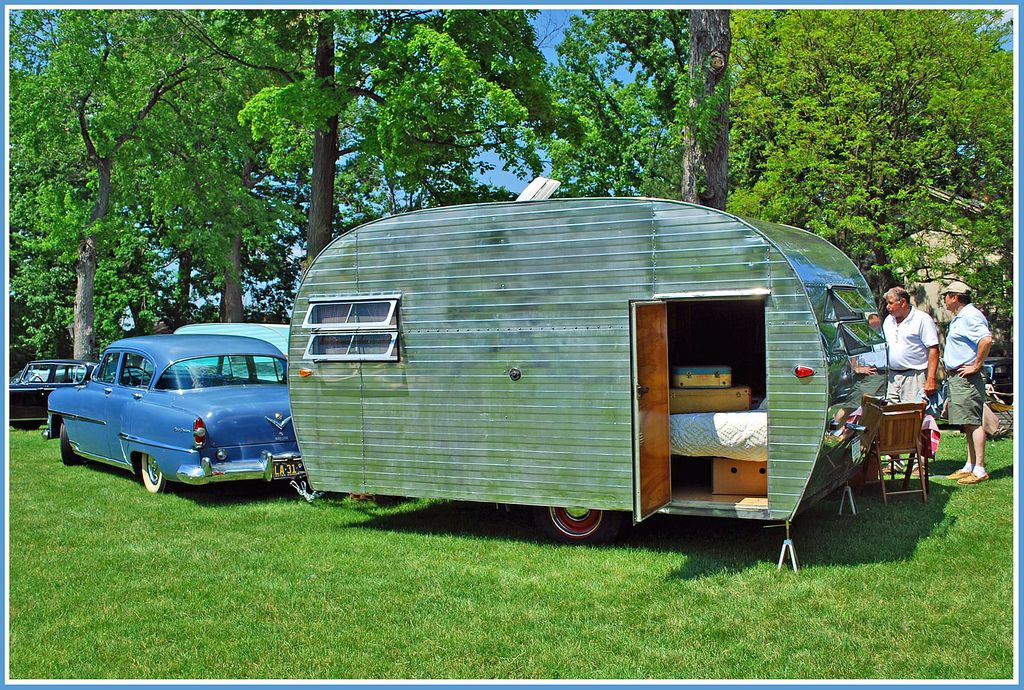 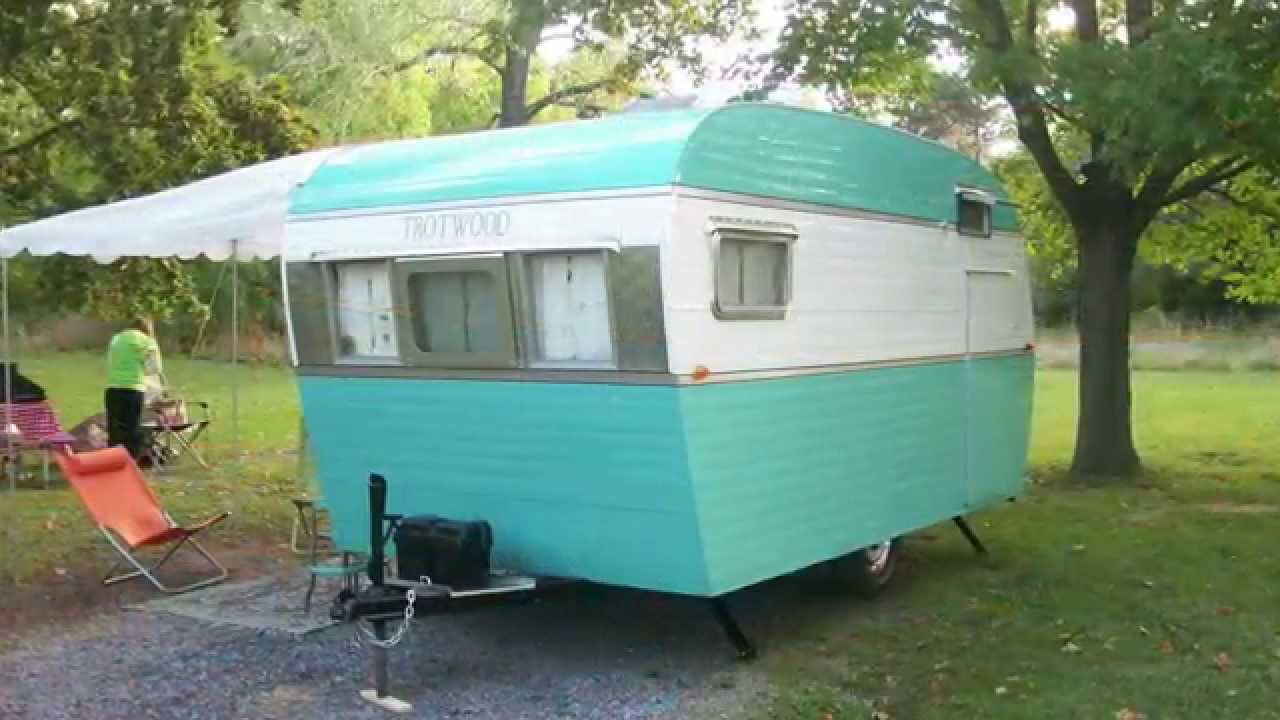 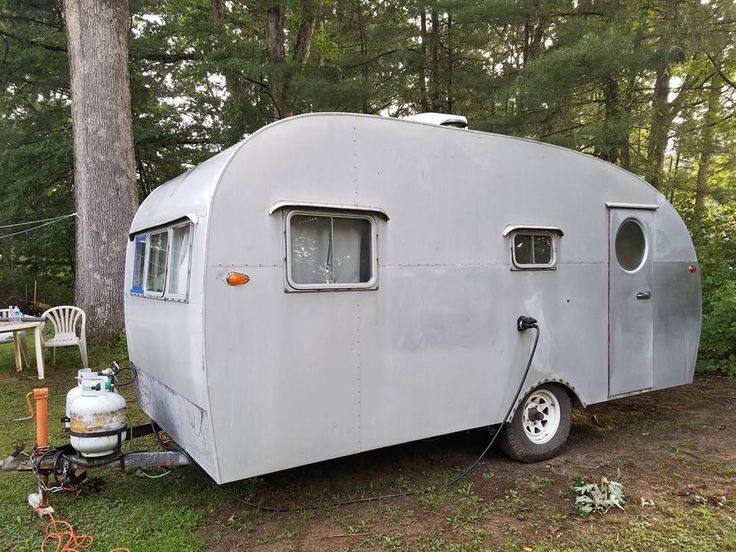 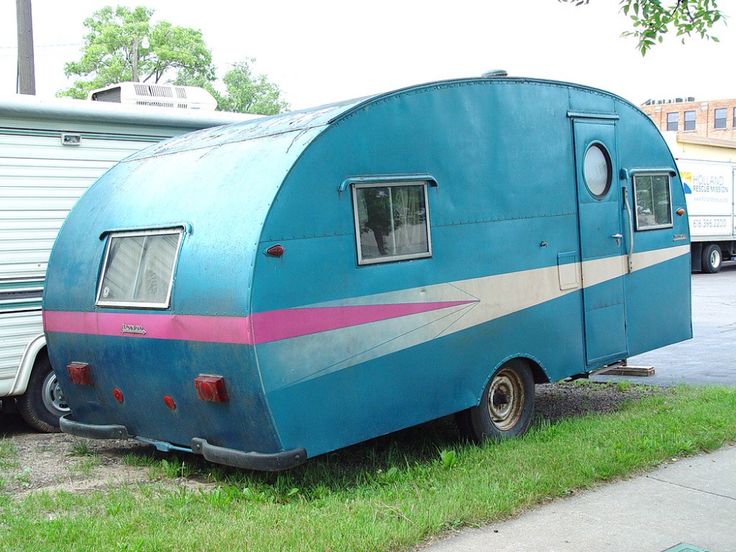 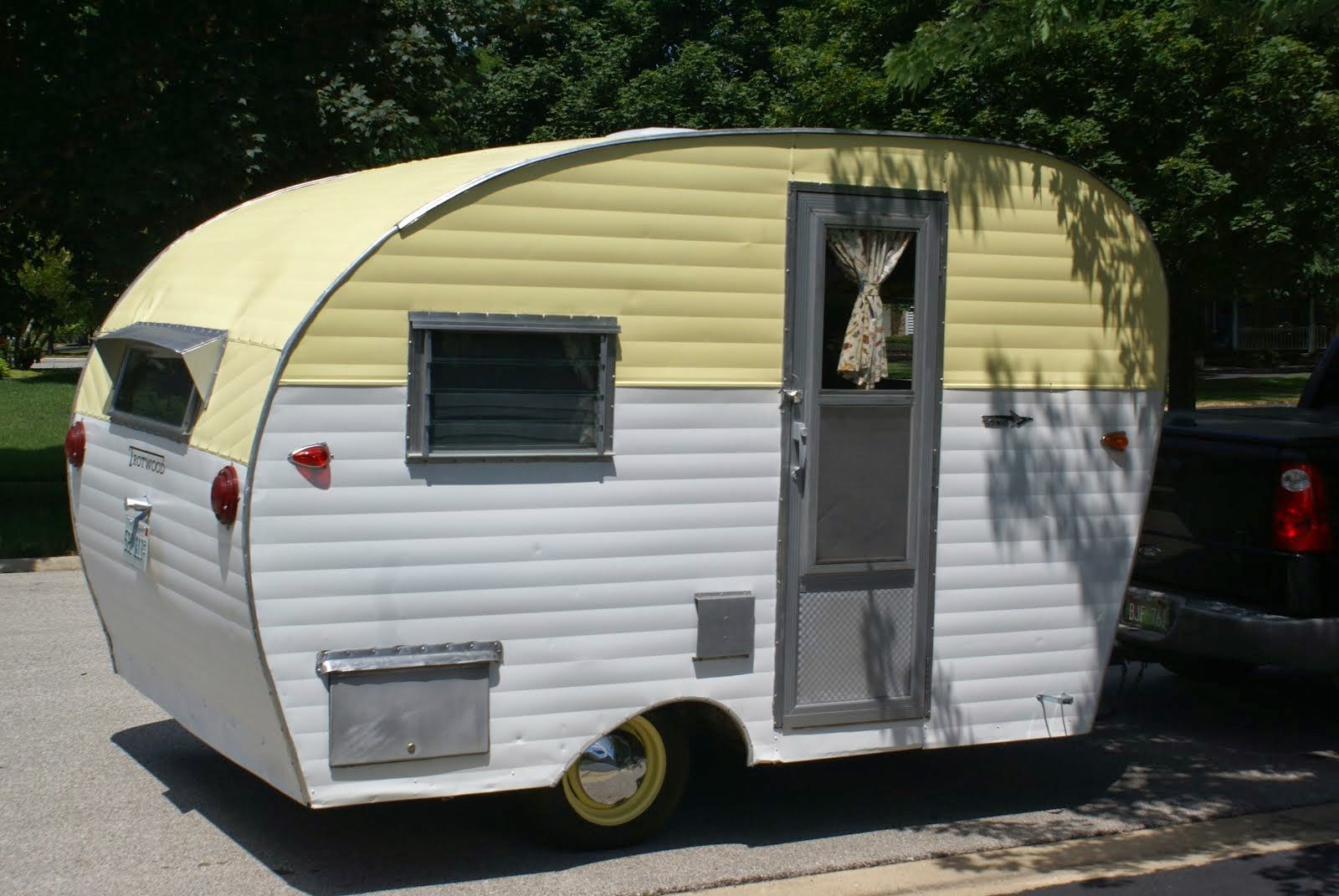 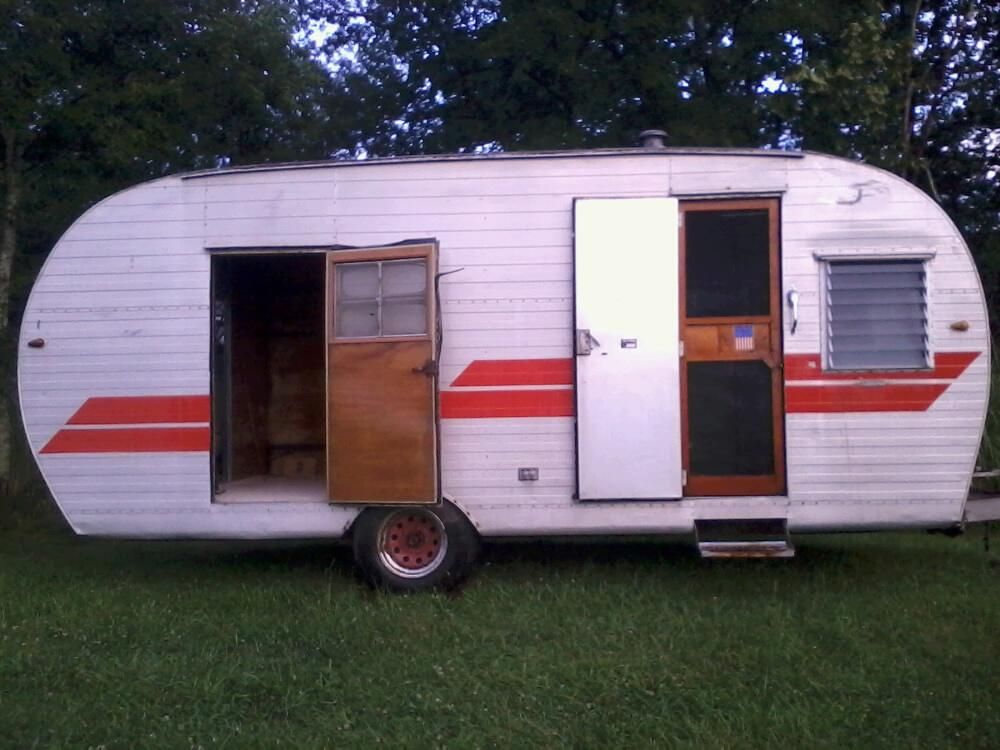 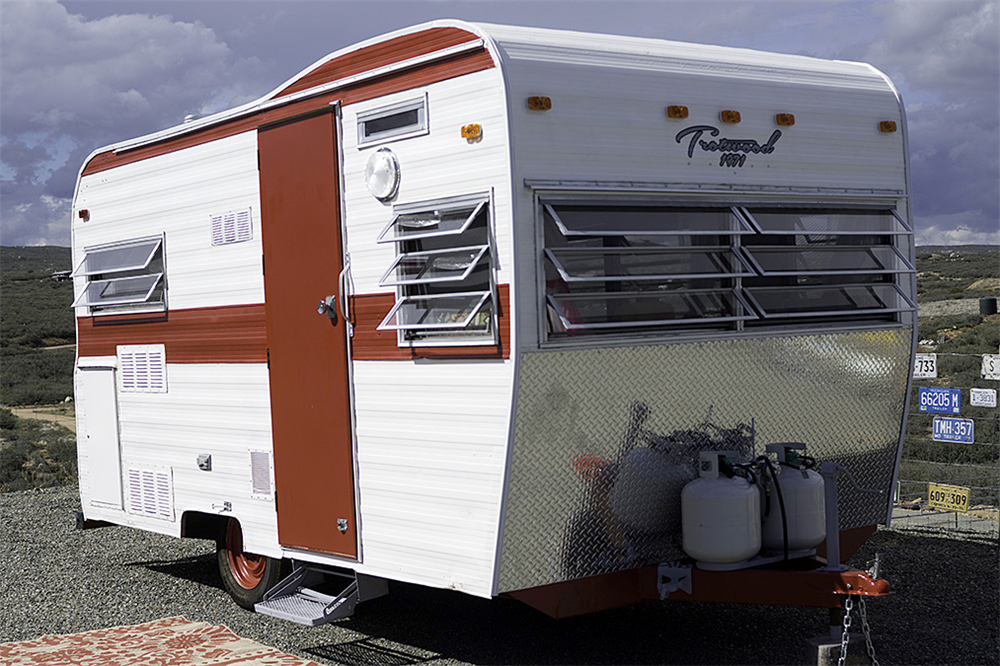 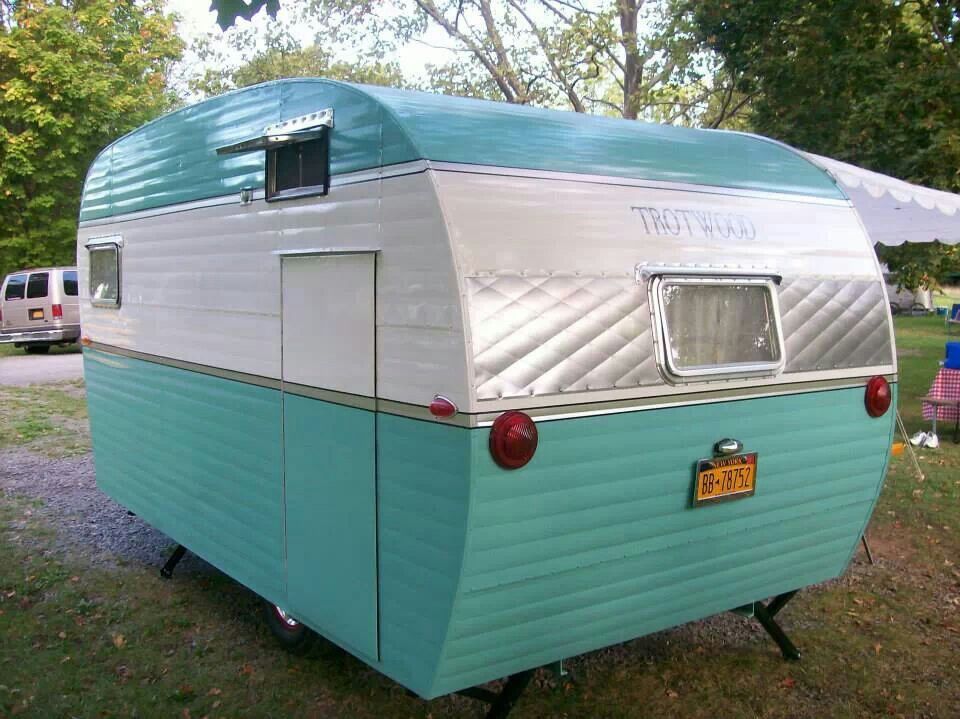 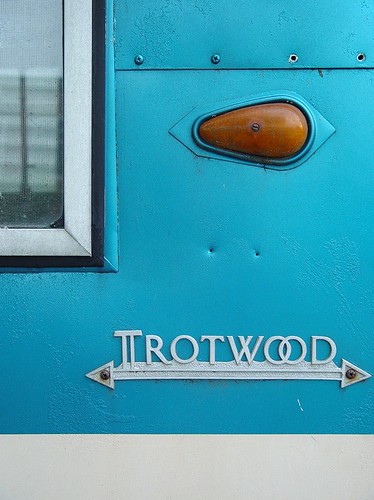 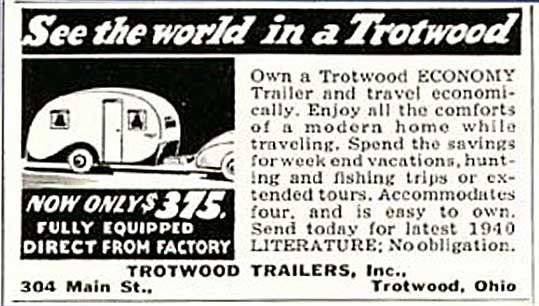 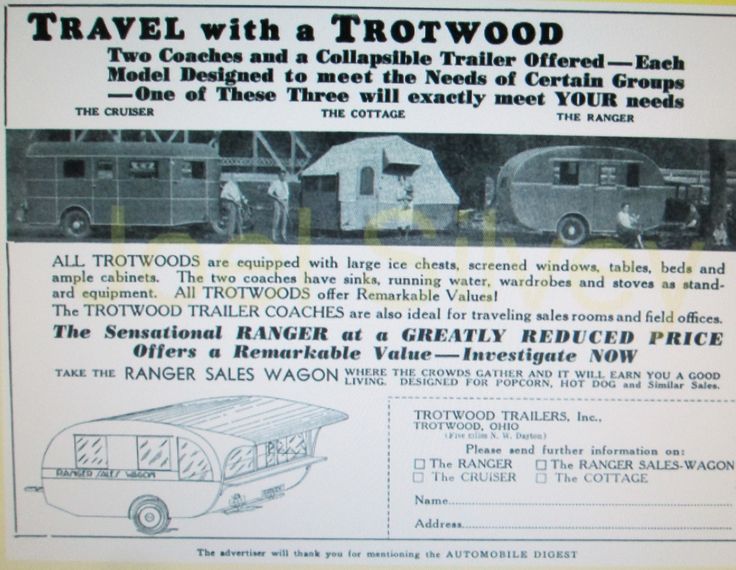 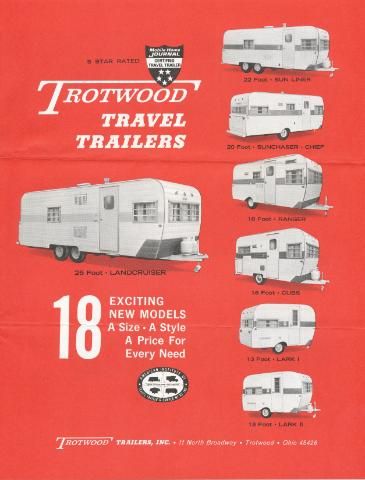 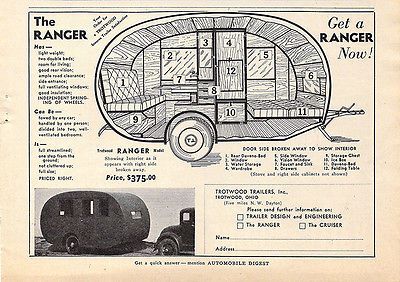 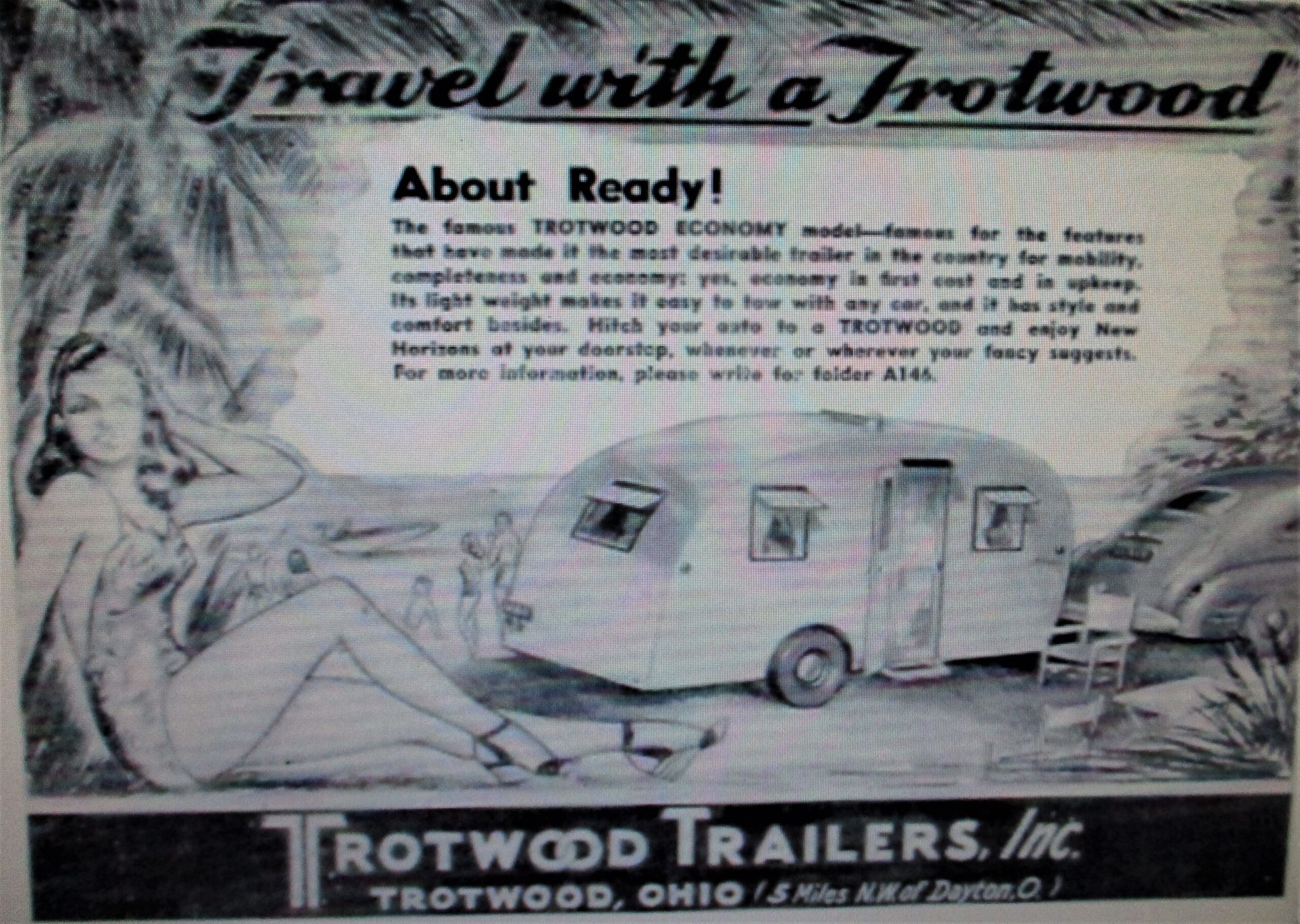 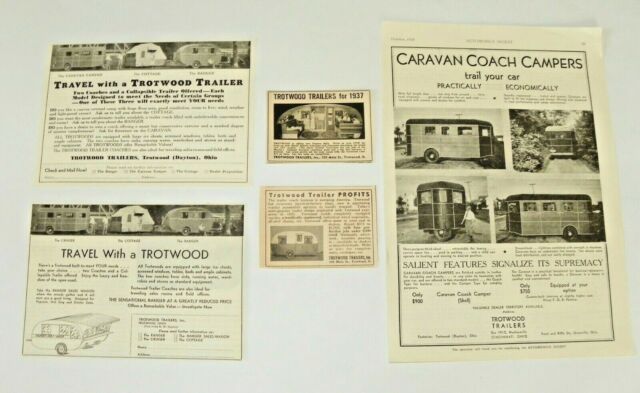 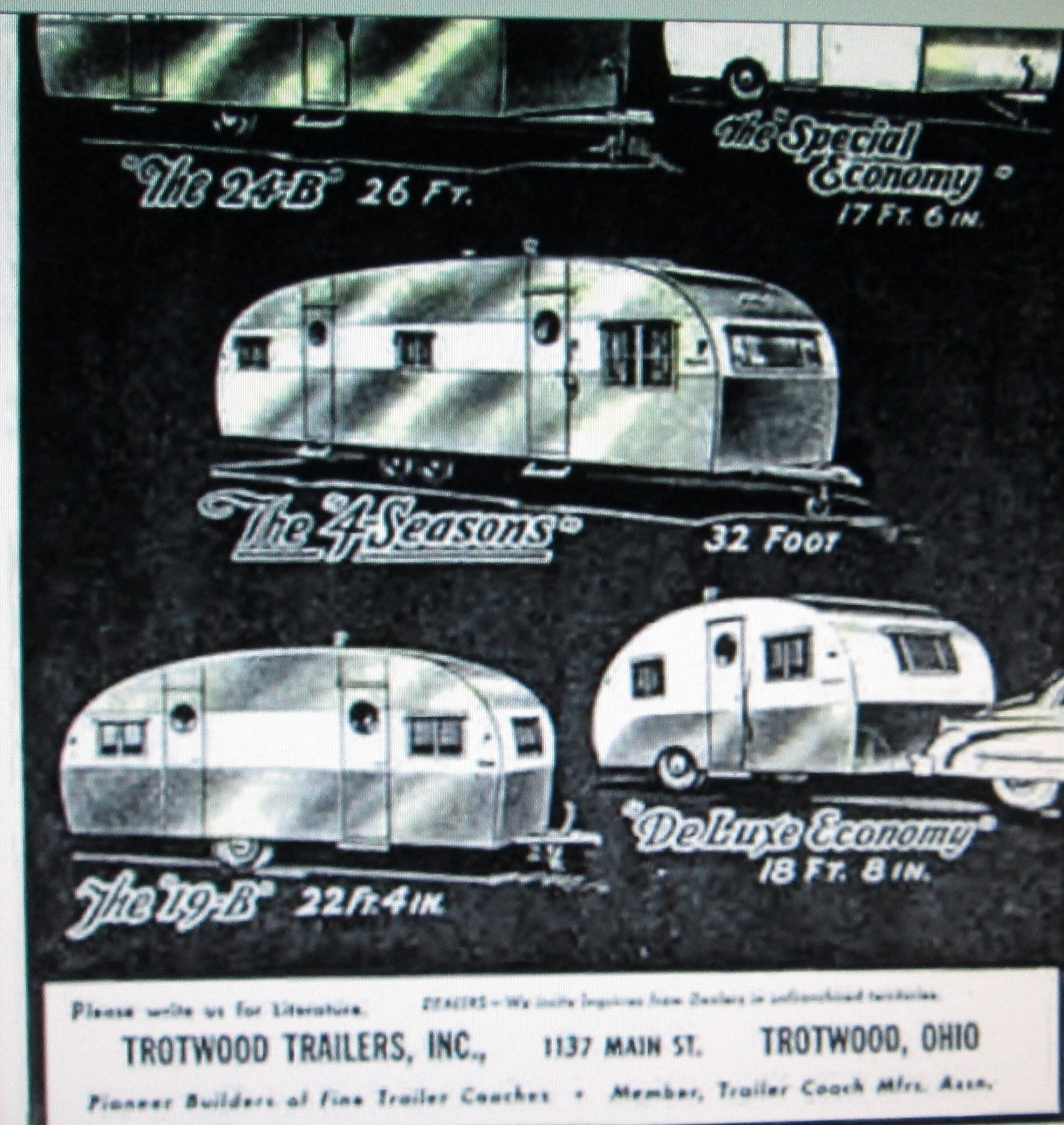 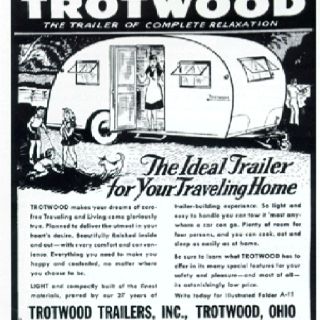 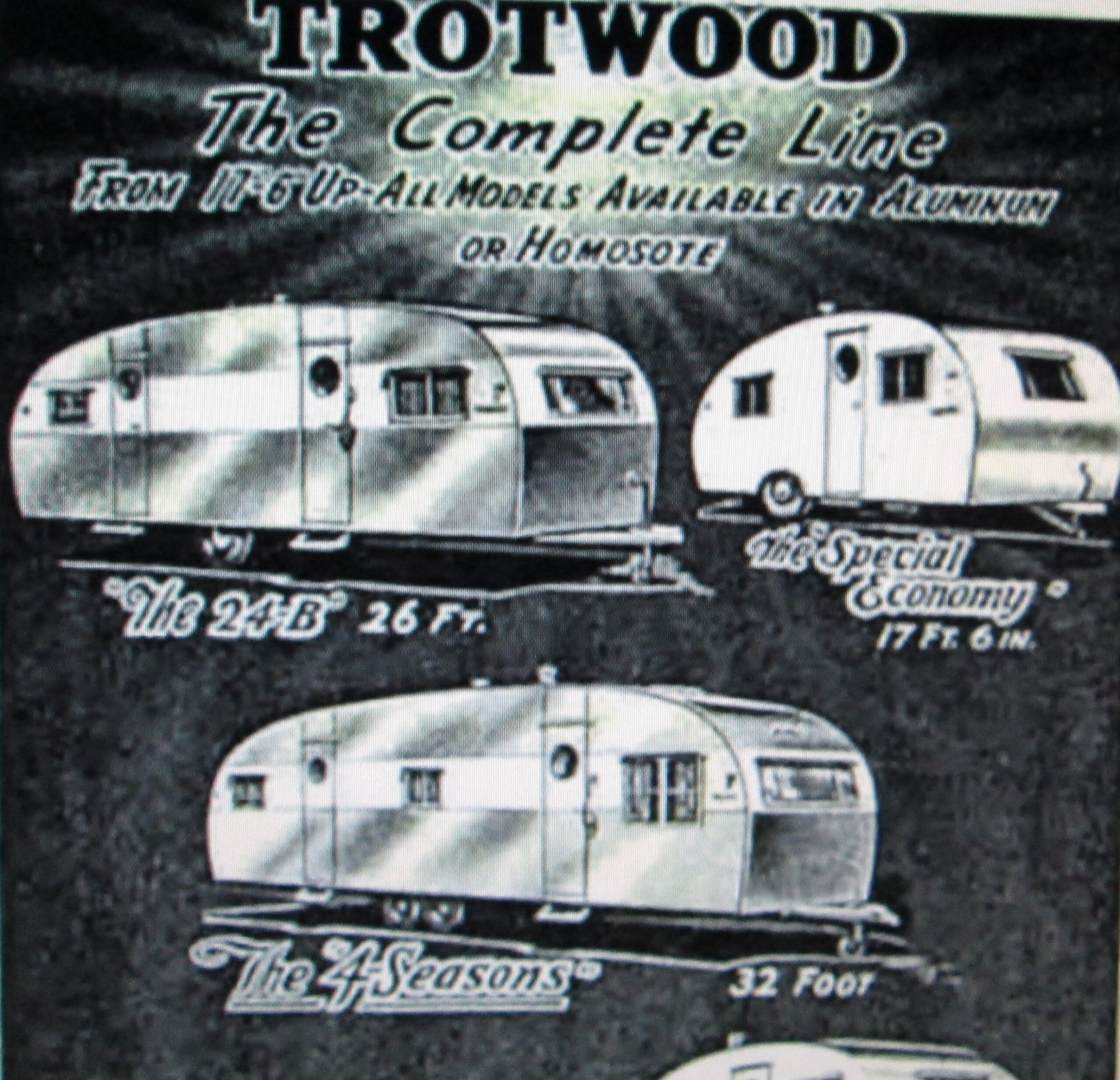 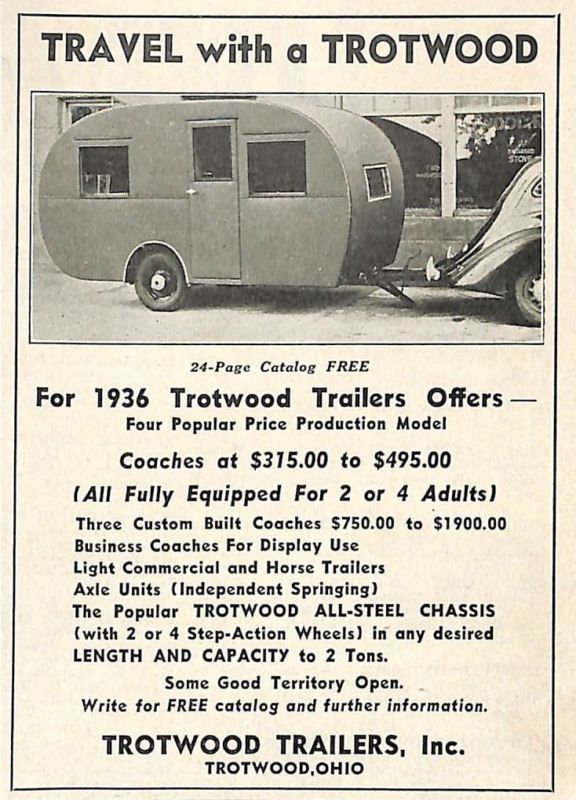 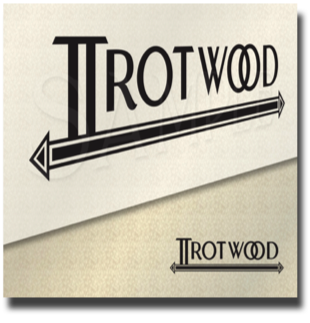 13′ Trotwood I am gutting it and refurbishing it, I call it “Dumpling”..Francey Standart……….Rapid City South Dakota

Doug and Pam Campbell 1962 16′ Trotwood Cub “Soupy” done with Campbell’s Soup colors and memorabilia. We are the second owners, it came with an original title, however it doesn’t look like the pictures in the 1962 advertisement. Ours has no wheel wells and it has “Fins”(for lack of a better word). They look a little like Shasta wings but they are on the bottom in the rear. The drivers side “fin” flips up to reveal the black water tank hose. I have seen a “for sale” picture of one other Trotwood with “fins”. It was located in New York State. …. Campam@gmail.com , Sterling Heights MI