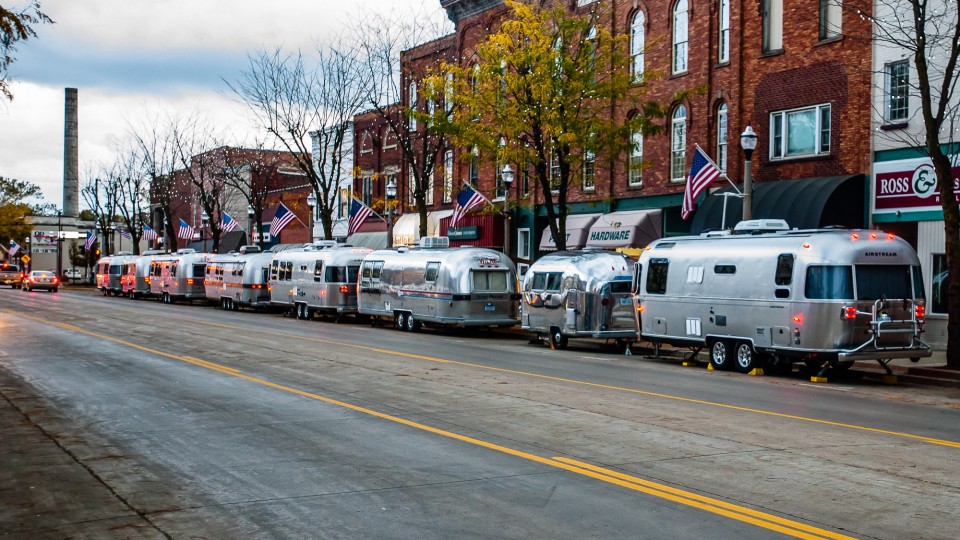 World Exclusive!! Graham returns to America to visit a very very special rallye where a whole town high street closes down to make way for over 100 Airstream caravans, for one giant party

To view the show: http://www.caravanfinder.co.uk/caravanfindertv/series/5/25-airstream-caravan-rally-in-america

For information about Urban Air

Also, the Urban Air event will be featured here this week on PBS stations. I know it’s on WKAR Thursday at 8:30 pm
Under the Radar Michigan Episode 605 – Flint and Eaton Rapids
and, in the Feature-Length Documentary “ALUMINATION” due later this year.
That film will debut on the film festival circuit, go into general release (for a very short time I’m sure) and then to NetFlix. It’s been in the works for 3 years so it should be pretty good.