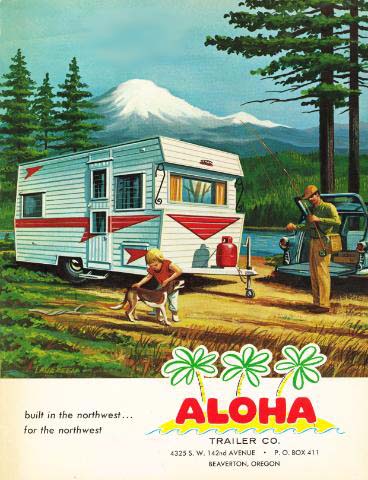 On March 1st and 2nd 2010, I interview Glen Gordon who owned the company in the late 1950’s through the 1960’s. Here is info from that interview. The company was originally started in Aloha Oregon in 1954 (hence the name), Glen Gordon bought the company on July 6, 1959 when he was still in his 20’s with a business partner and they expanded the business and moved it to Beaverton near 142nd Ave. They sold the company in 1969 to a company called Woodtech for ‘several million dollars’ because of changes in automobiles and the economy travel trailers were falling out of favor.

The smallest trailer they made was 11′ and the largest they manufactured was 28′, at the height of their production in the 1960’s they were making 17-19 trailers a day, had several hundred employees, owned their buildings and even had a night shift to keep up with production. The main areas where they sold and marketed their trailers were OR, WA, ID and BC and at one point held 13% of the regional market which was ‘a remarkable amount’ for a small company. Their most popular trailer was the 15′ Beaver.

Because they were making their trailers for the NW market they had a few unique characteristics including a larger than normal drip rail and thicker plywood around the wheel wells to help deal with moisture. Their biggest technological innovation however was wrapping the framing stringers around the frame so there wasn’t just a box built onto a frame, this resulted in much higher stability than other travel trailers at the time.

They also made several custom trailers for nature writers such as Francis Ames. They were also significant to the 1962 Seattle Worlds fair because there was a shortage of housing for all of the tourists they sold hundreds to enterprising Seattleites whom rented them out as vacation rentals. 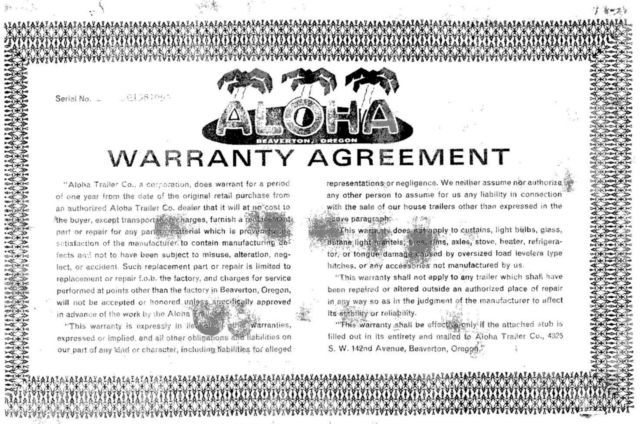 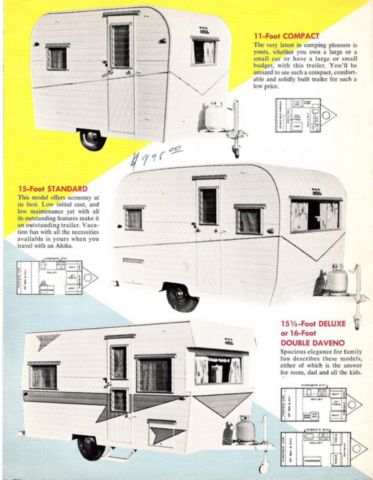 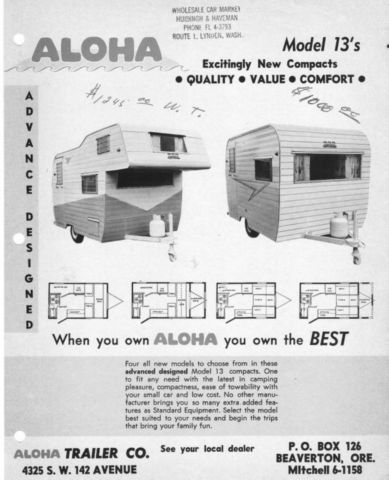 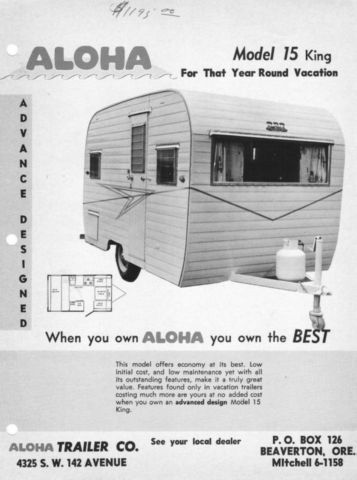 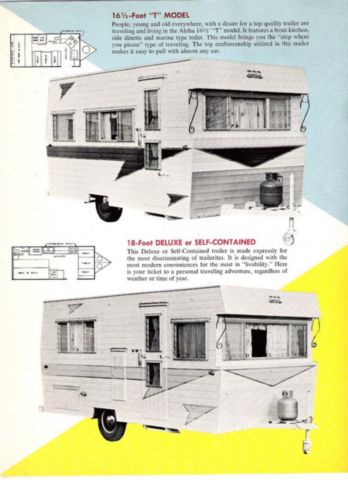 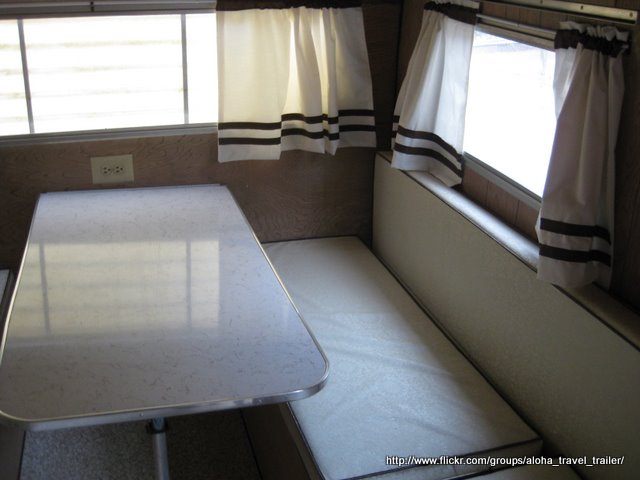 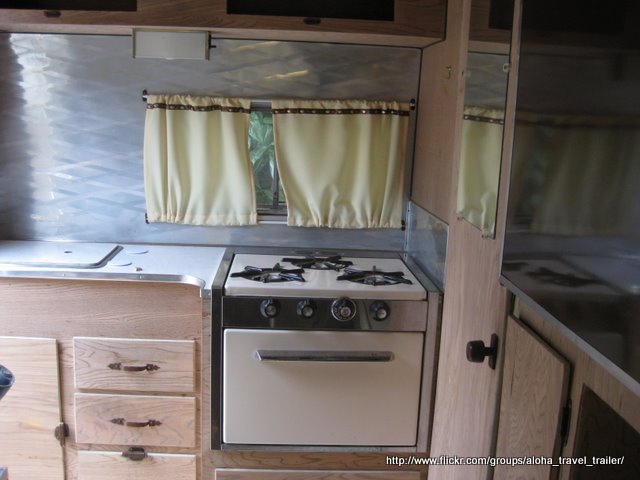 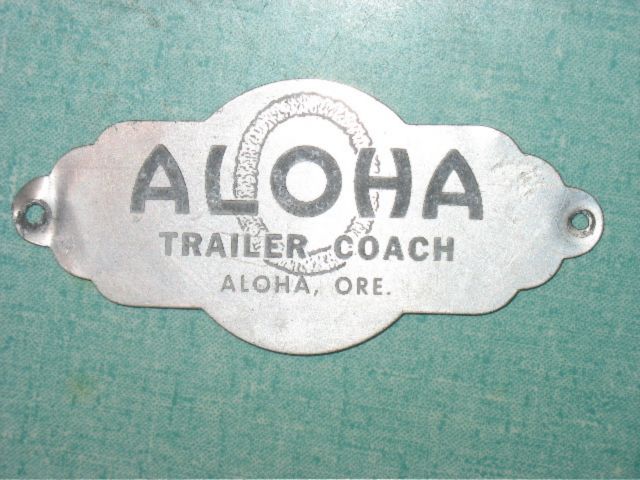 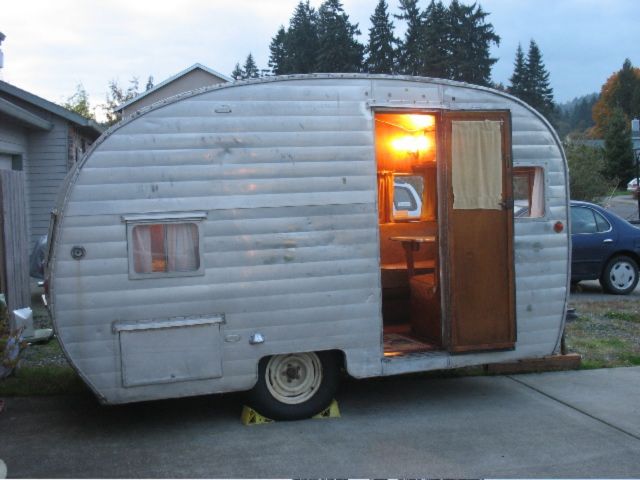 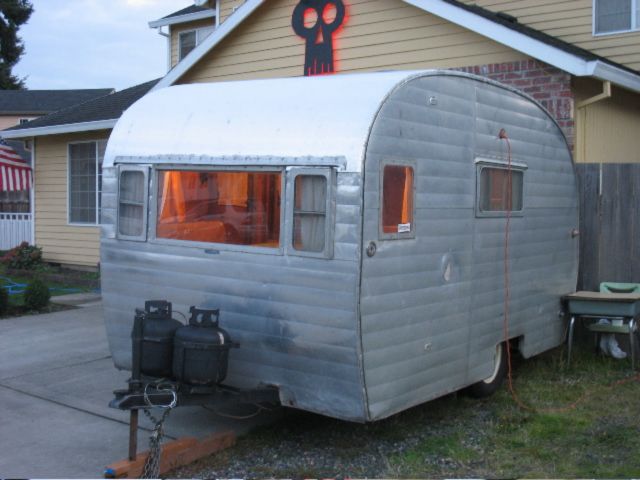 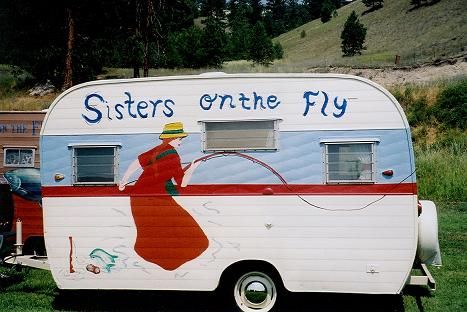 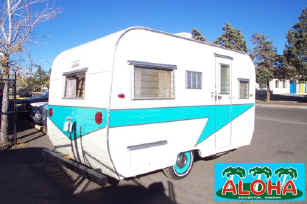 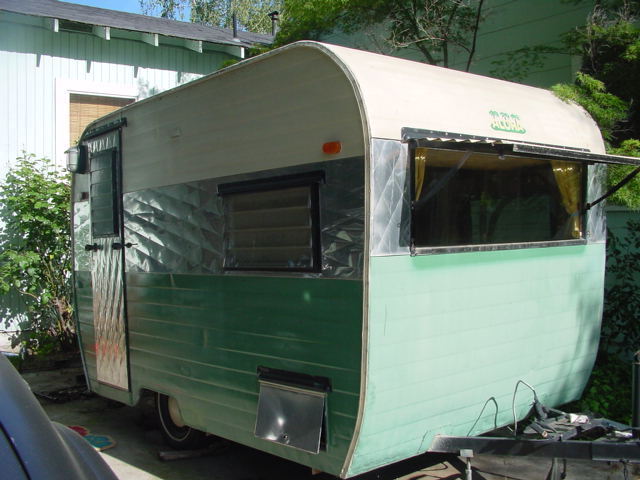 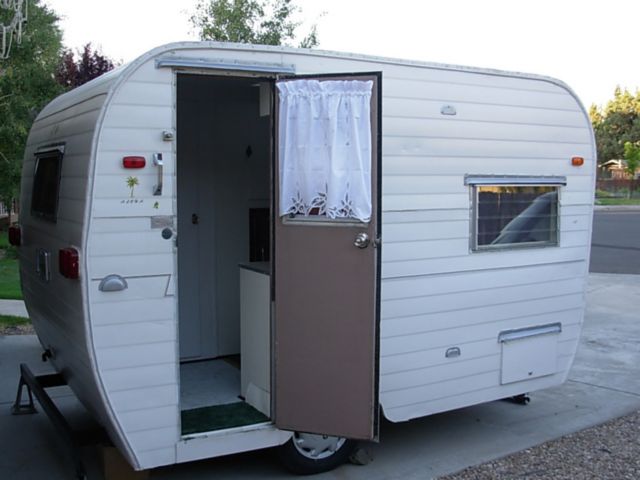 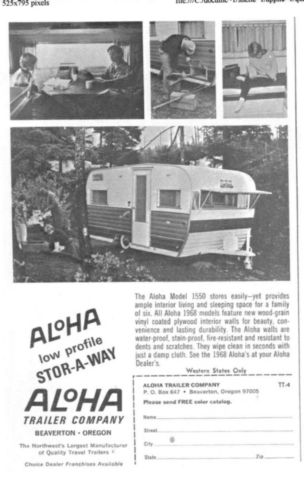 My blog about giving new life to a 1967 Aloha Trailer http://alohatravelltrailer.blogspot.com/ 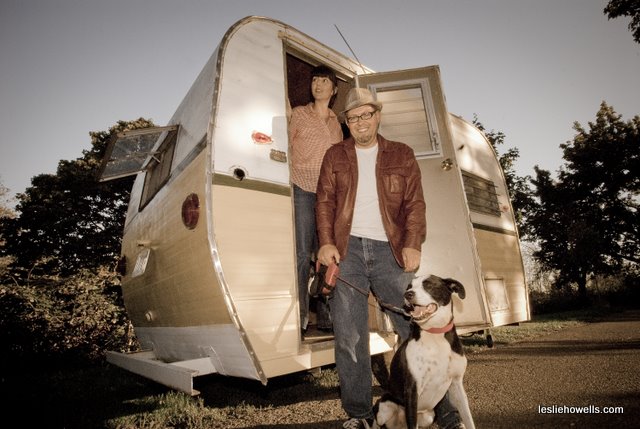 http://www.flickr.com/groups/aloha_travel_trailer/ photos of anything related to Aloha trailers