The Arrow was manufactured in Nappanee, Indiana. Truck campers were made in Leesburg, Indiana. Arrow was started in the early 50s, (as I have a 1958 Arrow) by a guy named Pat Spiker (deceased). I believe his brother also manufactured Arro (no W) mini motorhomes in Nappanee, Indiana. Mathew and Adam Pamer joined Arrow. Adam primarily built the trailers but went on to manufacture Lakeland campers which were clones of Arrow Campers. Mathew stayed with the company and shortly left after it was sold. Arrow closed at some point in the early 70s. There is no connection between Arrow and Pace Arrow that is owned by Fleetwood. This information came about via telephone conversation with Mathew Pamer.

The serial number is stamped on the tongue. Usually a 4 number series (XXXX) with no information coded in the number!

Most Arrow trailers have paneling interiors with birchwood cabinets. None of the arrow travel trailers offered a bathroom of any sort.

Note 1: I have a 14 1/2 foot Arrow Travel Trailer from Napanee, Ind and it had a bathroom that looked original as it fit perfectly next to the kitchenette, even the bathroom window looks like it was made for it. The kitchenette looked exactly like the one in the pictures below. I’ll post a picture when the remodel is finished.

Note 2: Is it possible that Mathew Pamer could have meant: “None of the Arrow trailers offered a (self-contained) bathroom of any sort.” Note 1 refers to a bathroom, but the author does not specify whether self-contained or portable toilet. I have photos of a trailer with a closet as described in Note 1 above that is clearly meant for a portable toilet.

Note 3: I have been looking at photos of Arrow trailers, which are very few, but some appear to be misidentified. I believe that the diamond pattern alum was 1965 and later, but please correct this if you know better. Also, the Duplex models had an additional bed above, like a duplex. I suspect that the longer Duplex models had a total of three beds.

Note 4: To determine model, length is measured from hitch ball to bumper, regardless of the additional length added by the Duplex bed.

VIN located topside of hitch arm curbside near jack, it is a four digit vin number. The weight is not located on the tongue, but some “newer” models have a tag stamped on the front of the trailer. Arrow trailers sit on 13 inch wheels and came with baby moon hubcaps.

What was the cost of the Little Chief new in 1965? 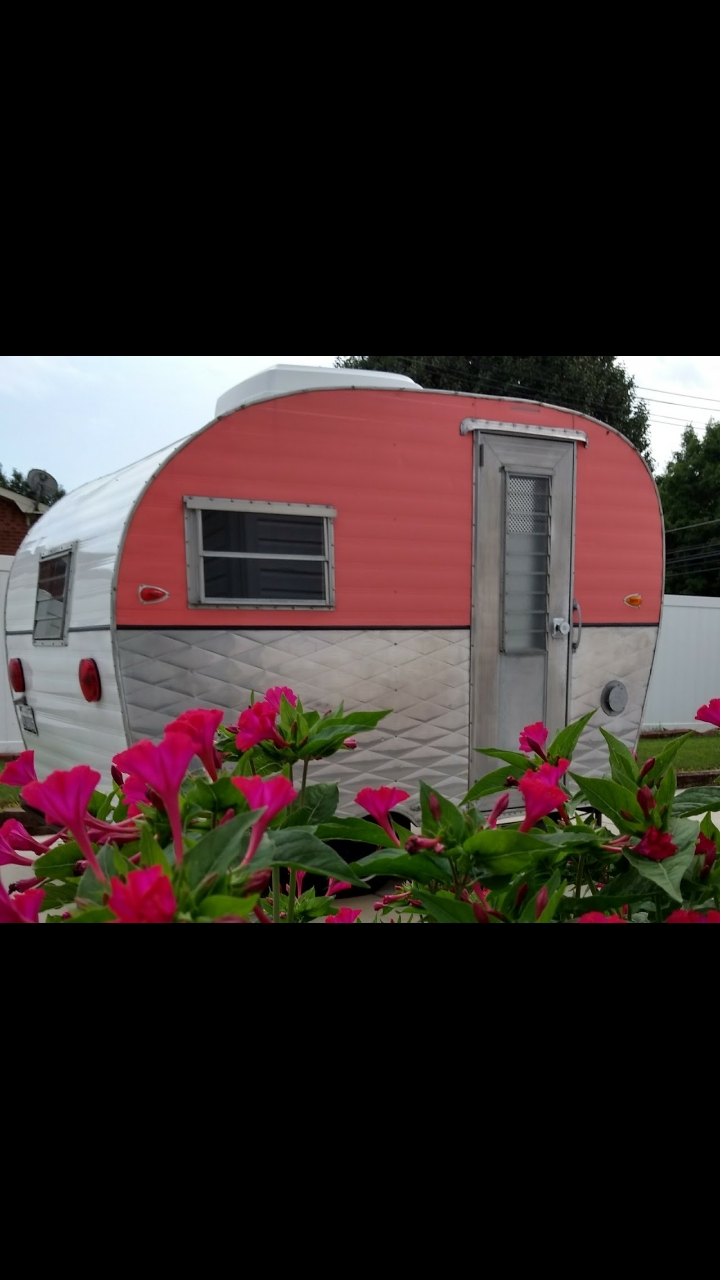 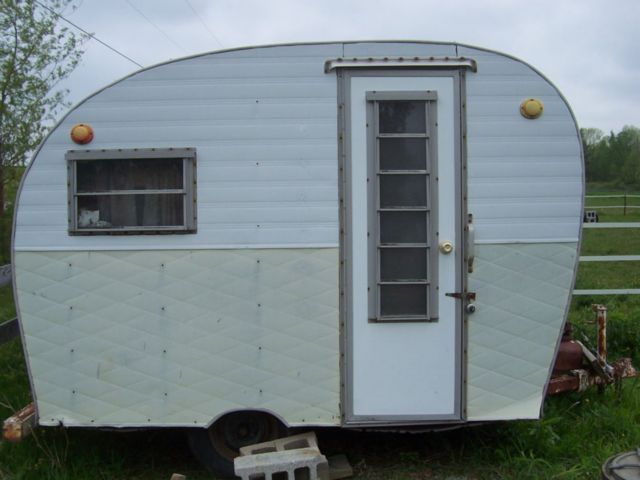 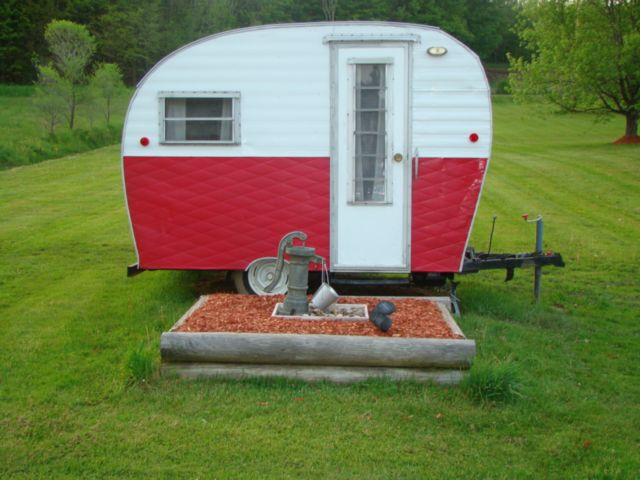 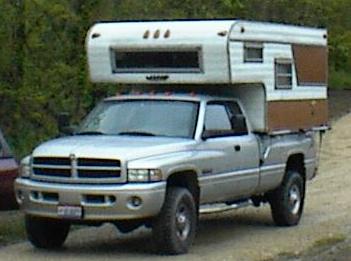 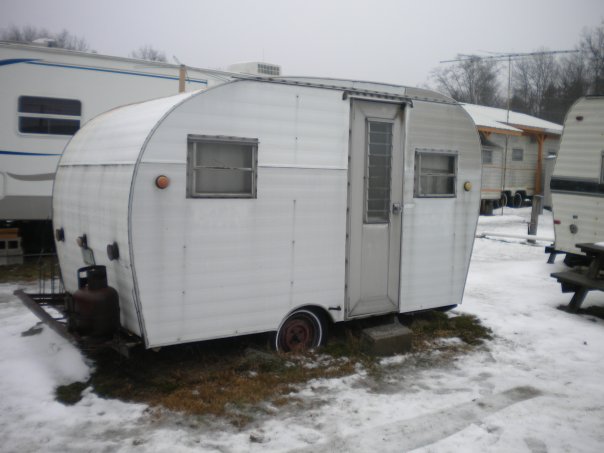 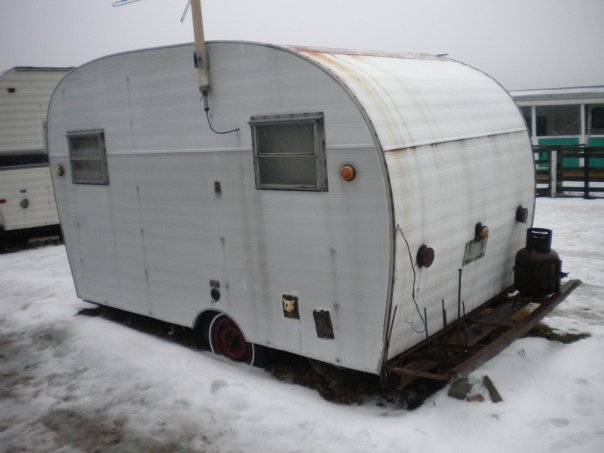 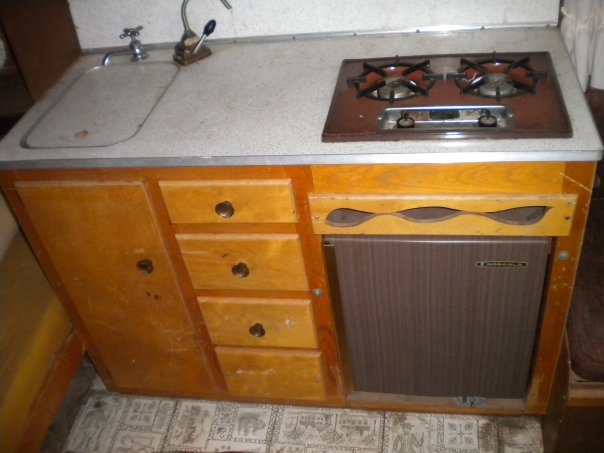 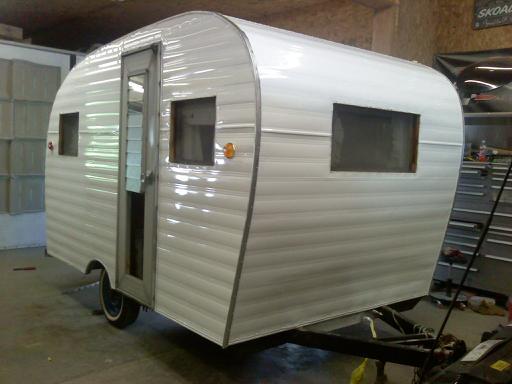 1964 Arrow either Dart or Lance Duplex 14. Year is exact as shown on the title. The digit “14” is in the serial number. The difference between the Dart and Dart Duplex is the duplex has two beds, and the regular Dart has the same kitchen setup but against the front wall of the trailer, and the rest of the trailer is essentially a large table which folds to a huge bed area.

The first two pictures are as found. The last is after the new paint job and before it was completely put back together. more coming soon. 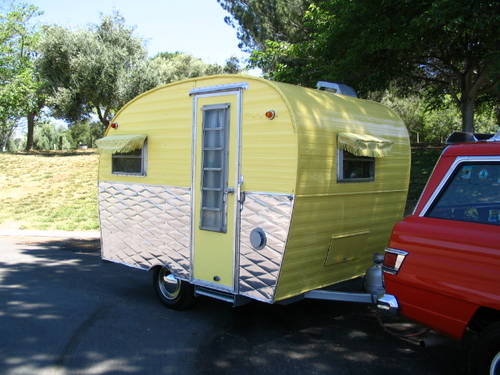 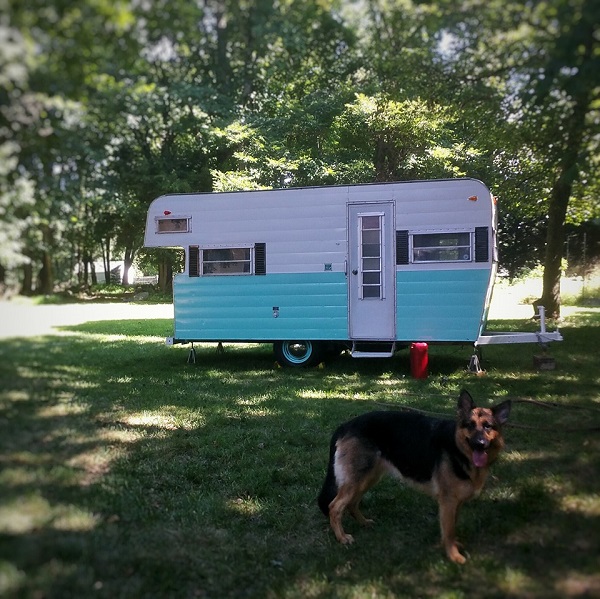 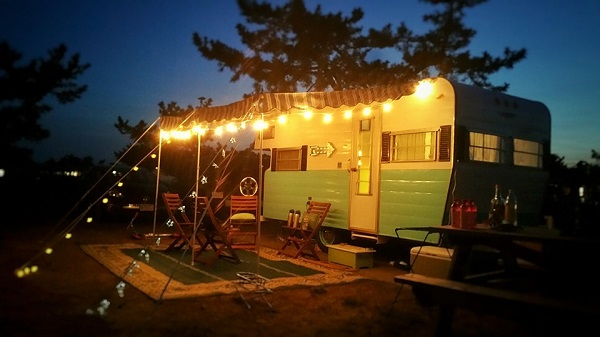