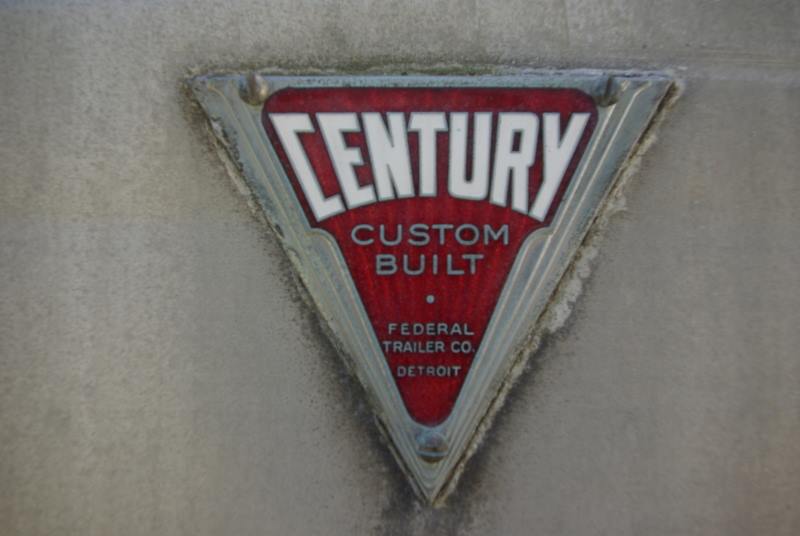 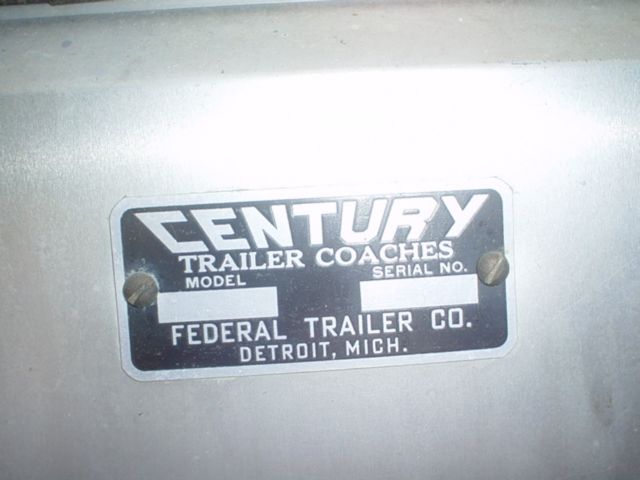 The Century Travel Trailers featured 32 gauge anodized aluminum skin. They had a 5 inch box frame. The belly was completely enclosed. Leaf springs were standard at first, but later in larger models Mor-Ryde rubber suspension became standard. The side walls were carriage bolted to the frame. Two 30 pound gas bottles were standard from 22′ on up. The water was a 30 gallon pressure tank starting on the 22′ model. They had a 7 gallon propane water heater. The roof had three power roof vents. The front vent was pre-stressed for A/C if a customer wanted to add it later. Four, six, and later eight cubic foot refrigerator/freezers were available.

From the 22′ on up, the standard bedroom was a mid location twin beds. A single bed was an option. Also with the twin bed arrangement, one or two upper beds could be ordered as an option.

From the 22′ on up, the standard bathroom was in the rear. The sink was center. A shower was on the left. The stool with a twenty gallon holding tank was on the left. A built in hamper was next to the stool.

A rear bedroom and side bath was also an option from 22′ on up.

All Century trailers were custom built. The factory would modify any trailer to a customer’s needs

For a while Century built 10.5′, 11′ pickup campers and several sizes of fifth wheels.

Dinette in front that folds down into a bed, Back bed with bunk, “Sportsman” propane heater/w chimmney, Propane Stove, Electric fridge. No toilet/shower. This trailer was used mostly for hunting. The old furnace worked great in the Michigan winters. 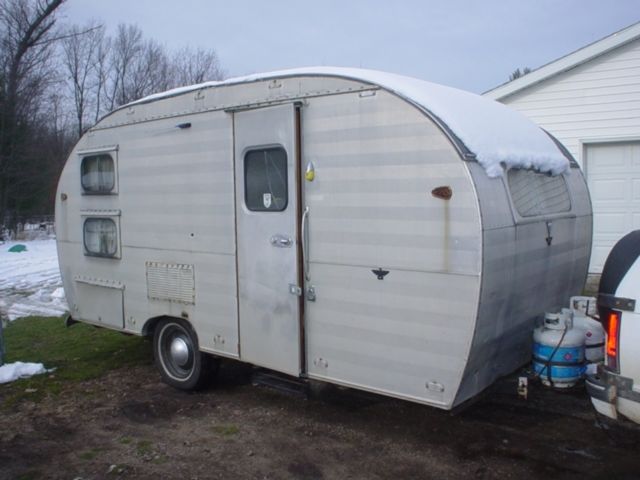 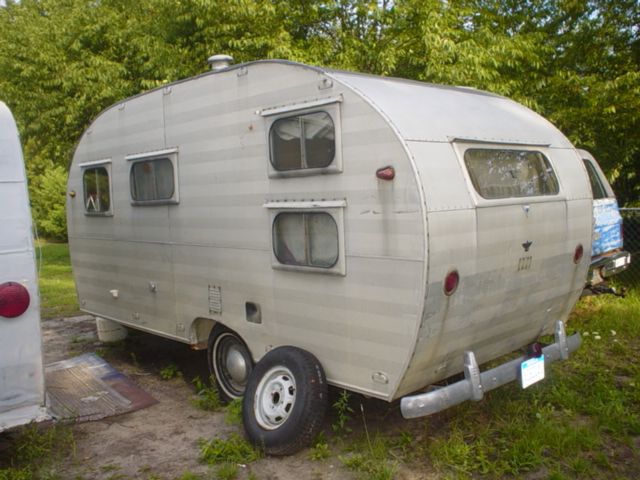 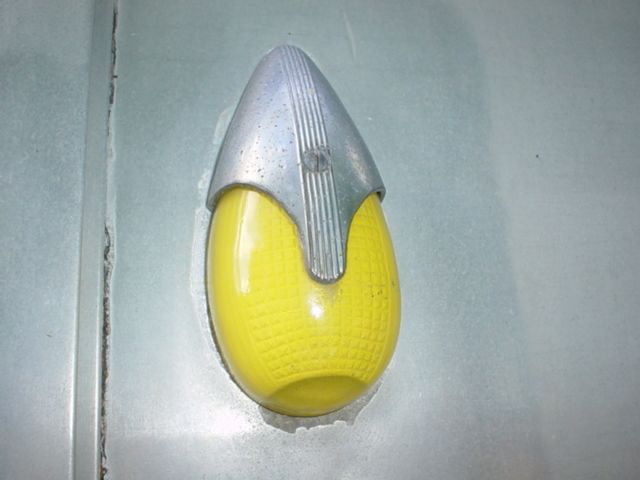 Bev here. We didn’t always just take it hunting. Here we are camping in the backyard with the Century. 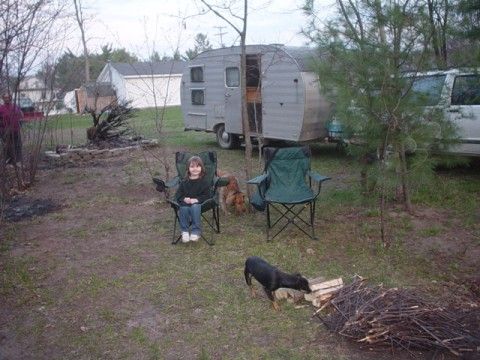 Here are some pictures of my family’s 1968 or 69 Century taken around 1970. This trailer was built in Webberville, Michigan. We visited the plant shortly after we bought the trailer. This was a solid, quality trailer that my family towed thousands of miles. I’d like to find one to restore, so if you know of one similar to this one, let me know!! (Brent Michael, Murfreesboro, TN) 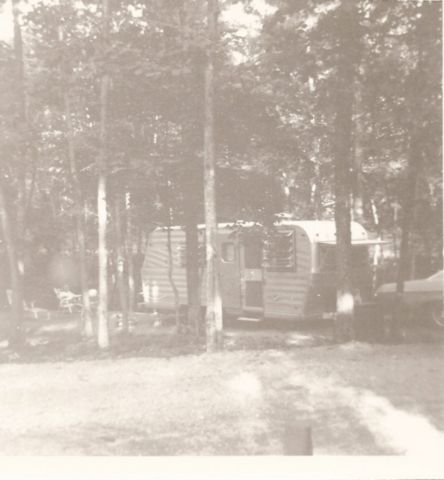 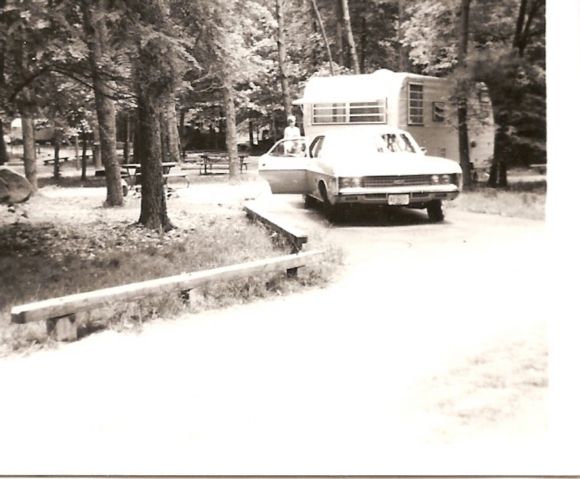 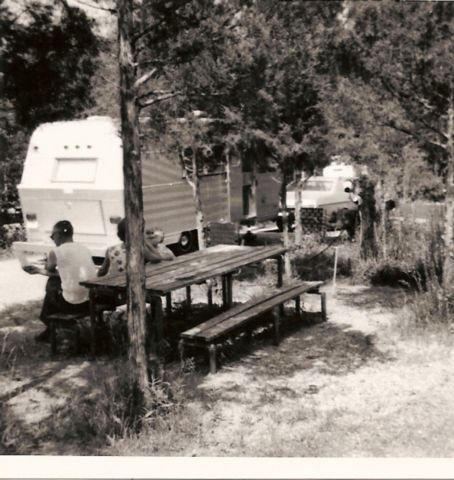 Lots of Century trailers have been posted in the TCT Facebook group: https://www.facebook.com/groups/tincantourists/search/?query=century