Made in Elkhart Indiana and Bristol Indiana

Steven Westlake, brother of Ron Westlake, sent us this information to share:
The Cricket by Davron was built in Elkhart Indiana and Bristol Indiana. The company was originally called jus Dav’Ron. David Leers and my brother Ron Westlake started their company in a 1 stall garage part time and advanced fairly quickly. The Cricket name was added later. I started working there after school in the cabinet shop. In the summer I worked full time mounting axles and tires on frames and building floors. By that time we were building 10 units daily. We had dealers as far east as Dallas Pa. and west to Iowa. I can give other info possibly. My brother and Dave have passed on! 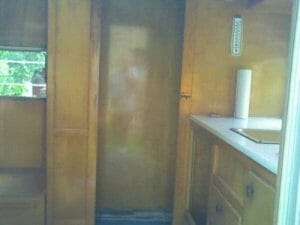 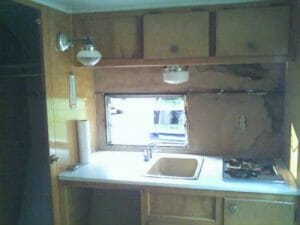 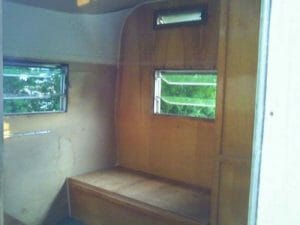 Most of this Trailer was put together with 5/32 type G Clutch head screws. What were they thinking? I had to order the bit just to disassemble it. 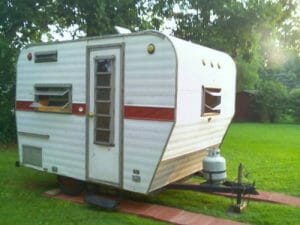 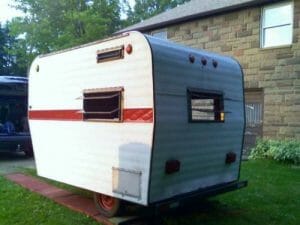 Tim Babeli Canton,Ohio I am looking for the “Cricket by Davron sticker for the back of this.If you know of one, could you email me a good picture of it? thedude@babeli.com

Christina Sampson, Logansport, IN I also need a sticker for mine, it has one, on the front,but peeling and painted over. I can have a decal made, if I could get a good pic. Mine is a ’68,dinette gone,furnace and most of closet gone too. Cant afford a real restore, so I am custom painting and decorating retro. It will be straight out of 1968, “Summer of Love” And why does my title say DeCamp? They are also from Elkhart, in. fastcurrent@yahoo.com. I have a 1967 davron camper I would like a sticker also.

Sherry and Tony Williams (Lucas, KY) We are looking for information and history on the Davron Cricket camper. We recently became the proud owners of a Cricket and plan to restore as much as possible to the original specs.