Eccles is one of the oldest and most respected names in British Caravanning, still manufactured 80 years on, nowadays as part of the Sterling Caravan range, in turn a member of the Swift Leisure Group. 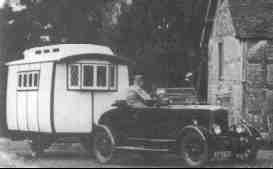 The first production of 50 units from the Eccles factory in Birmingham is believed to have commenced in 1919, and is chronicled as the first “conventional” caravan designed to be towed by a normal car, using a towbar and single axle.

Sometime between the First and Second World Wars, an “Eccles Caravan Owners Club” was known to have been in existence, however little or no information survives from this period.

The history of the Eccles range of caravans:

IN 1919 in Gosta Green Birmingham, Eccles Motor Transport Ltd was founded by Bill Riley Snr and the first ever prototypes of an Eccles caravan and motorhome were built.

Unable to exhibit at the Motor show of 1919, the company decided to exhibit the prototypes at a garage further along the road to see what interest the vehicles would receive.

The first person to order an Eccles caravan was Dowager Countess Rhonda and on the back of her order came numerous enquiries. Due to the amount of interest shown the Eccles factory went into production and the first 50 caravans were produced. 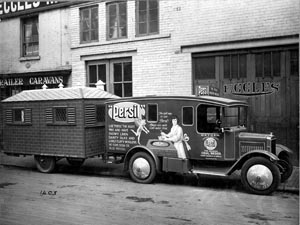 Priced at £300 and later increased to 300 guineas the caravans were not cheap to buy. In order to drum up interest and convert the public brochures entitled ‘The holiday problem solved’ were produced to tell people of the delights of motoring with a caravan and Bill Riley’s son was given a 1910 Rover to go out on the road and form a network of dealers to sell the products.

In 1922 the Eccles went on display at the Motor show in White City. This proved fruitful and orders were taken. As demand slowly grew the factory was updated and they moved into producing coachbuilt motorhomes and telescopic forming caravans.

By the late 1920s the factory had outgrown its premises and moved to a four-acre site in Stirchley, Birmingham, where a modern, single story factory was built. Believed to be the first purpose built caravan factory of its kind in the World it was fitted with the latest high tech woodwork machinery.

It was here that ‘overrun brake systems’ were invented and these are still fitted on caravans produced today.

The Eccles team was keen to market the product to the public and show them how enjoyable and flexible a holiday with a caravan could be.

In 1932 Bill Riley and his son took an Eccles caravan to the Monte Carlo Raleigh to demonstrate that towing was safe whilst another dealer went on a test run to the Sahara desert in order to prove an Eccles could be taken anywhere.

A showroom in Hendon, London was opened to encourage business in the capital.

Due to the success of the marketing campaigns orders increased with many caravans being exported as far as India and Africa. Eccles was regularly commissioned to build Special Eccles caravans for show people – these consisted of large four-wheel type wagons that were towed behind trailers and were lavishly decorated.

During World War 11 orders for caravans virtually stopped but the Eccles factory survived by adapting to the war situation. Commissioned by the British Military Authorities it still produced caravan bodies but these were used as portable workshops and radio offices. The factory also built ambulances and search light vehicles.

After the war the passion for caravanning slowly came back and in 1947 Eccles launched the ‘Enterprise Caravan’. Produced on a ‘flow line’ production line, the vans were moved along by teams of men, similar to the modern production lines found in factories today. At 14’ long and 6’9” wide the Enterprise was classed as a ‘live in’ caravan.

By the 1950’s other caravan manufacturers began to move into the market and competition grew making it difficult for the Eccles to keep its pioneering edge.

By 1960 Bill Riley had retired, shut down the factory and sold it to Sprite which moved production to its factory in Newmarket. It was here that the Eccles got a new lease of life.

During the 1960’s the Eccles range became a trendsetter as Reg Dean experimented with giving it a contemporary new interior that included a mixture of Teak wood and white vinyl.

In 1967 the Eccles produced the first fully winterised caravan called the ‘Sapphire’. Mainly for the export market, this caravan offered double glazing, a heater, a fridge, carpets and pumped water. In 1969 the Eccles hit the headlines again with the new shaped ‘Amethyst’.

Designed by Tom Karen of Ogle Design, the caravan offered a plastic moulded front panel and rear back panel.

During the 1970’s and 1980’s Eccles continued to be at the forefront of caravan design with construction methods being continuously improved.

Styrofoam started to be used to strengthen and reinforce the walls of the caravan as well as to provide quality insulation. By 1978 Eccles launched the new Eccles Élan range which was highly innovative and more upmarket than previous Eccles caravans produced. By the mid 1980’s caravans were produced with new design aerodynamic moulded front and rear exteriors and high specifications.

During the early 1990’s Swift Group bought Sprite Leisure and in turn Eccles, moving production to Swift’s factory in Cottingham, near Hull.

In 1996, under new ownership, the Eccles was re-launched under the Sterling brand and again given a new lease of life. By 2000 interiors were offering a fresh contemporary Scandinavian feel whilst stunning aerodynamic exteriors boasted striking graphics and high specification features.

Keeping with tradition Swift have kept the names of the early Eccles caravans, such as Moonstone, Topaz and Opal however two further ranges have joined the Sterling brand with the addition of the Europa and top-of-the range, silver sided Elite.

The Sterling Elite Onyx won the ‘Caravan of the year’ award at the Which Caravan Awards 2008. 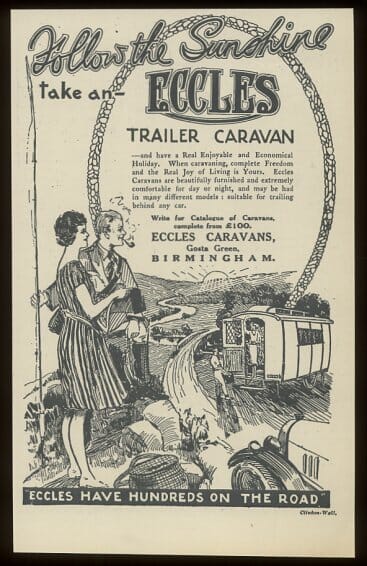 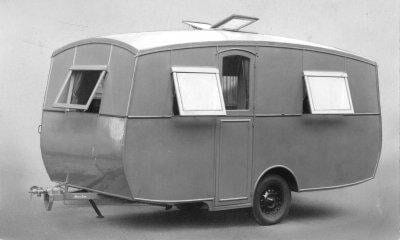 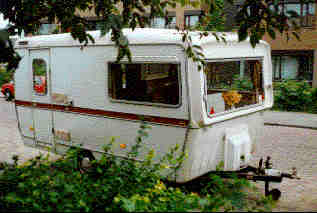