The company was owned by Maurice Manning Taylor, Sr.

It was located on the Shore of Ellsworth Lake.

The steel company worked with on many government contracts providing artillery steel casings, practice bombs, steel wheels, transport trailers, throughout the years. By the late 50’s the company opened a very small travel trailer division using a small garage located on their factory property. These small travel trailers were known as Ellsworth Coach, offering an 11′ and a 16′ model.  The Travel Trailers were not well built and did not appeal to the public which lead to the travel trailer line being discontinued by late 1959.

Ellsworth Coach did make some custom trailers including the trailers that they hauled their travel trailers on to dealerships. They were always pulled by Dodge Tucks – similar to a Model CNT 9500 also known as a Dodge Big Horn (before they called them Big Horn).

(NOTE: an unrelated mobile home company based out of Colorado by the name of Colorado Mobile Homes debuted a new travel trailer line in 1960 with a model name of ‘Colorado Ellsworth’ that used the same serial number format as the Michigan Based Ellsworth. This ‘Colorado Ellsworth’ did not look the same but it is suspected that either Colorado Mobile Homes purchased the rights to the Ellsworth line of travel trailers from Morweld, or a former high up employee from the Morweld Ellsworth Division went to work for Colorado Mobile Homes…..both actions were quite common in the trailer industry. Hopefully documentation will eventually surface to confirm the connection between the two Ellsworth named trailers.)

Their demise came when the government caught them cheating on a contract – using inferior Quality steel but charging for premium steel.

The company was forced to close in the early 80’s, leaving a 20 acre environmental eyesore (PCB’s, petroleum compounds, heavy metals)…

Founder Maurice M. Taylor, Sr. died a pauper and could only claim $2.00 between himself and his wife.

Today the plant site is a park and garden.

His son – Maurice Manning Taylor, Jr. is Chairman and Chief Executive of Titan International, Inc. / Titan Wheel Corporation. He ran as a Republican candidate for President in 1996. He is worth multi-millions today as is his brother Fred. 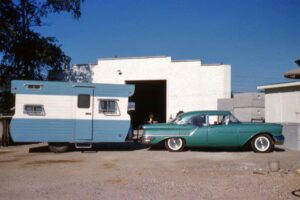 1959 Ellsworth in front of the small manufacturing building 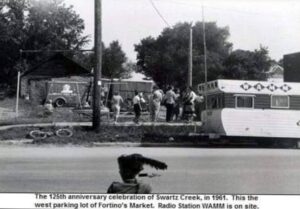 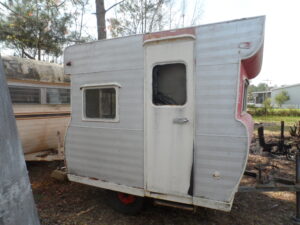 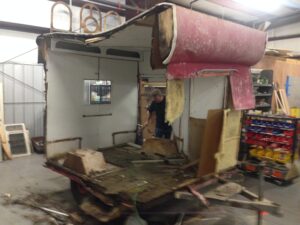 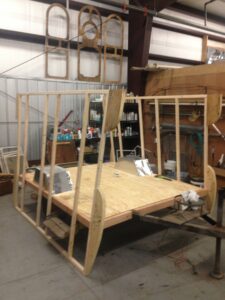 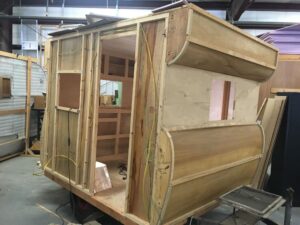 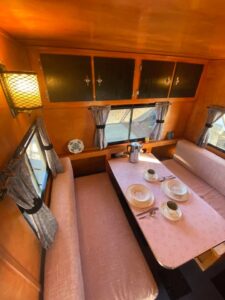 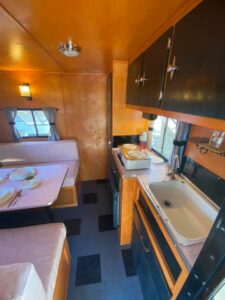 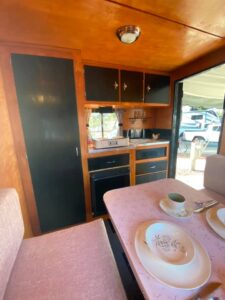 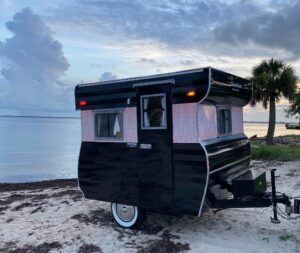 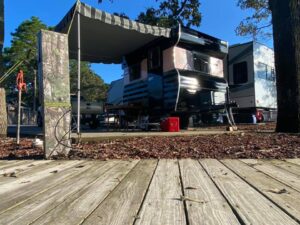 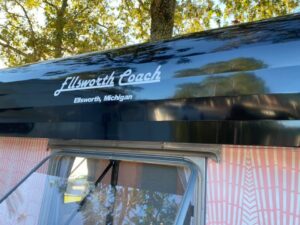