There was once a ERIch BAchem …

The PUCK 1957 was still in the craftsmanship company working Alfons Hymer, body and vehicle in the Upper Bad Waldsee.

For the space division was the Vorkriegsmodell Aero-Sports “godfather, Bachem 1937/38 already had developed and the famous glider manufacturers Wolf Hirth in Kirchheim / Teck (later Nabern) – a youth and student Bachems friend – was produced. This, in construction plywood manufactured construction, was from 1946 until about 1959, in somewhat modified form as “Hirth Tramp” to extend.

An essential requirement for the development of the PUCK 1957 was that the new model so compact and so easy to be had, that it was widely used by car types like the Loyd Alexander, the BMW Isetta, the Goggomobil and of course the VW Beetle pulled Could be. Hymer certain steel pipe cage construction.

It was the type “luxury PUCK. The production inventory at the “Volume” in a whole new workshop was in February 1958. For the distribution Bachem founded the company ERIBA and used hiezu a common Rufnahmen for him, his friends in the student-term coined for him.

By the “Aero Sport” over space concept is not entirely satisfied, because this – in contrast to the much more spacious Vorgabetyp – to a permanent alteration of the deck area to seat group – and vice versa – forced. Back in 1959, and made their Bachem Hymer idea what room concept to eliminate that weakness.

After the early death of Bachem 1960 was the “export PUCK. With a 10 inch extended to build this model had arranged along two benches, which are very easy to separate beds or lying on the surface could reshape.

A stable tubular steel cage outside with aluminum sheet inside with plastic disguises, ensures stability at low weight. A styrofoam / foam insulation makes the winter PUCK. The retractable table, the movable seats and backrests is an approximately 1.90 m long and the whole caravan width ranging lying area.

The kitchen area positionable Hubdach enables greater people to stand upright. In Wagenbug are usually the cylinder, the fresh water tank, sink, and a Zweiflammkocher accommodated. Additionally, a wardrobe and a variety of storage compartments under the seats or in the roof area.

The remarks, however, differ from vehicle to vehicle. The first years of construction (1956 – 1959) had not yet front-rear window, but also the inside breakdown differed from the later Baujahren. From the model year 1959 adorned then geknickte first Wagenbug the windscreen. And since 1961 has finally PUCK the “round glazing.”

Initially without brakes and with the 8-inch “wheelbarrow tires” equipped, there were also with him later braked axes different manufacturers and 10 inches – 13-inch tires.

Since the early’70s, the PUCK in a slightly modified form of Eriba France.

The furniture and the door trim are unfortunately now completely made of plastic. The vehicles are now equipped with a glazed and inertia.

… In 1956 … The model – the aircraft, with an aerodynamic shape, the key advantages of quick trips brought with verwindungsfestem Stahlrohrbau, still the characteristic design principle of Eriba-touring caravans. He was neglected as a hobby.

1958 He kicked off the mass production of the Touring Program. The company Hymer, the fabrication and Mr. Bachem founded the company Eriba, which dealt with the distribution. It was the first “luxury Eriba-PUCK.

1959 Pride was one of the first major piece number as 355 cars were manufactured.

1960 Mr. Verstarb Bachem unexpectedly and tore a painful gap in the young company. The sole proprietorship Eriba was converted into a KG, Dipl.Ing. Armand Protzen led the company as CEO Eriba-vehicle. The upward trend continued it was around 10 cm longer “PUCK – Export.” 1960:455 production cars.

1961 Construction of the first trip to Mobile Borward chassis. After the collapse of the company Borgward died in the motorhome chassis development for lack of suitable suppliers.

1963 Eriba takes an interesting, promising special position in the caravan sector: 852 vehicles are the result of the year 1963.

1966 At the time the record came new production models. Under the name “Nova” in 1966, a new section in the caravan development. At the same design principle with the steel pipe verwindungsfestem security establishment received Caravans more interior also in good driving characteristics, if they were willing to forgo aerodynamics. Then came the 1967/68 recession. However, the demand remained. Growth in this period: 4.8%.

1968 During the peak season in the spring of 1968 came the setback: Triggered by a tiny spark caused by static electricity, the plant burned down completely. In temporary production facilities, the production of small quantities.

1968 After a short time the new plants. With still more modern machinery and work equipment. Much more rational now could be produced. The connection to the leading group of German caravans products was restored.

1970 Introduction of new models. First, there are lead times. Despite a production of up to 20 cars per day. This unexpected success made it necessary to be a good opportunity for capacity expansion to exploit: The production of the Touring models ( “Hubdachwagen program”) was established on January 1, 1970 in a new factory in France (Thann / Alsace) relocated. In the Upper Bad Waldsee focuses on the production Nova series.

That was the basis for the unique and still continuing success of the model home type trailer ERIBA PUCK.

The PUCK today in all countries of the world encountered. In the second half of the 60s, some with hundreds PUCK “amerikanisierter” interior fittings in the United States. The type PUCK distinguishes itself, despite its very “compact” with a great degree of utility and convenience and through much of the unique attention to detail.

… And there is still no end in sight of the small legend ….( www.hymer.com) 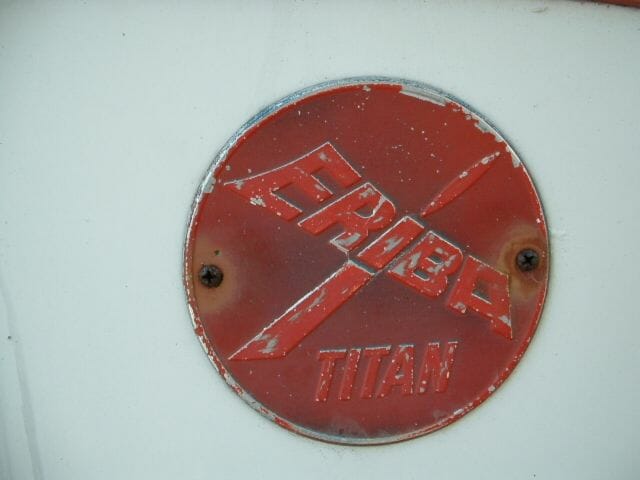 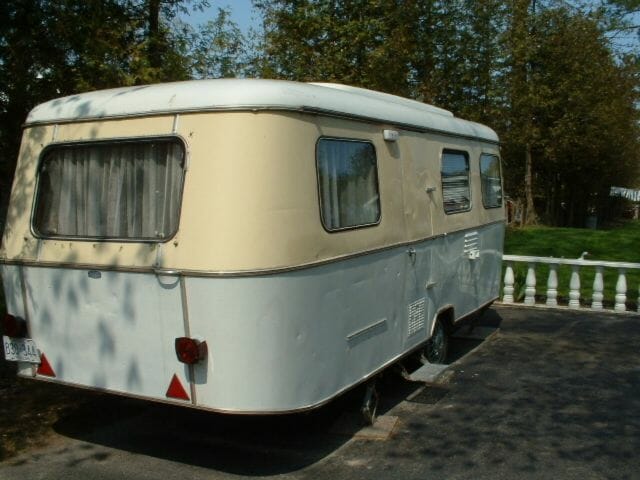 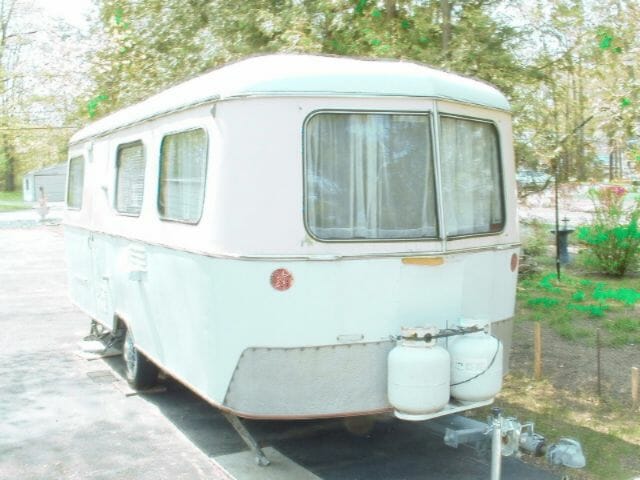 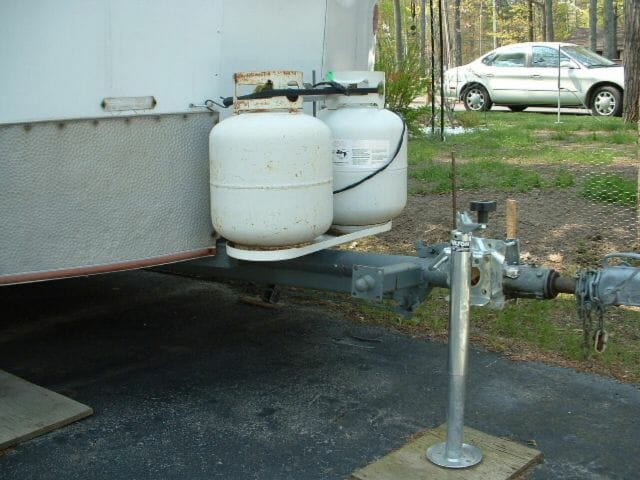 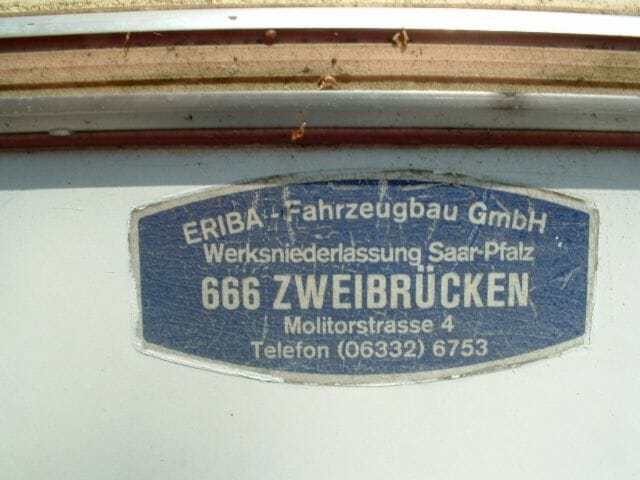