Hanson Trailer Sales was started by Henry M. Hanson Sr. in 1948. They not only built the Love Bug trailer line, but also built larger trailers known as custom coaches at the Hanson trailer factory. Hanson ran the business until 1958 when Kenskill took over operations. They continued to make the Love Bug trailers for two more years.

HI, I contacted Mr. Hanson’s son of Hanson Love bug. Here is the rest of the story that goes with the King. HI, I have a question and you may be just the person to answer it. Now I love The Hanson Love Bug, but I ended up with a 14 ft King trailer. And I was told a story of how Mr. Hanson and Mr Al (King maker) got into a dispute over the duplication of the two trailers. And a lawsuit took place. I’ve tried to look up the legal findings but was not able to find anything. My King is a 1953 made in Ca.. Looks much like the Love bug and that is what the lawsuit was about. Do you have information on this? I can answer that. There was NEVER a question about the King trailer being a duplication of the Hanson Love Bug, nor a law suit over that issue that I can remember. On our Glendora sales lot was a billboard that read “The Customer is King at Hanson Trailer Sales”. Mr. Al Rose, with his oversized ego, felt that infringed on his claim to be “the trailer king”. How he could be “The king” and copy our models so closely escapes me. Dad’s retort was “why buy the copy when you can have the original?” So the argument was about advertising infringement. We never took the sign down and I think it was mostly bluster by Al Rose to create attention. I know my Dad supplied the aluminum for the exterior of the King trailer, as well as most of the other trailers produced in the LA area during that period. See the picture of our sign on this site. One additional thing, as you can see on our sign, the customer has a crown on. Al Rose wanted to be the only one with a crown on his head because he was “ He was the Trailer King”. a few seconds ago Thanks for clearing that up. A fun bit of info to keep things straight. By the way I did get to see your rebuilt Love Bug and it’s little trailer while visiting Vintage Trailer Store! They really did a nice job. Thanks so much for that important fact of history! Al had a wife named Joanna and that is who started the AlJo line of trailers.

Interiors were finished wood with ample cabinet space, a dinette that seated four and were very spacious for their size.

Love Bugs included a refrigerator/ice box, stove, sink and dinette that could convert to a bed. They could sleep four, but did not come with a bathroom.

A classic feature of the Love Bug trailers was the built-in magazine rack next to the bed. They included an option for an awning with a complete enclosure. They also included an insurance policy that provided protection from falling aircraft (a play on the small airport they had adjacent to their factory). 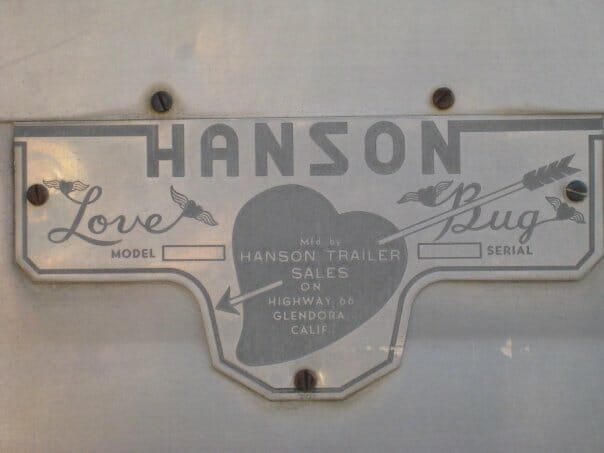 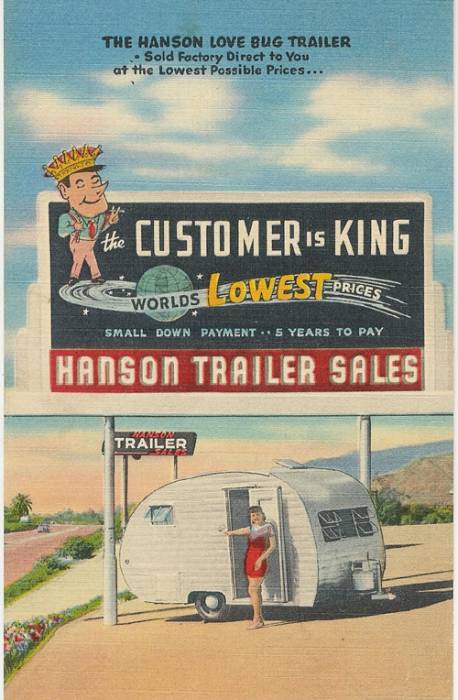 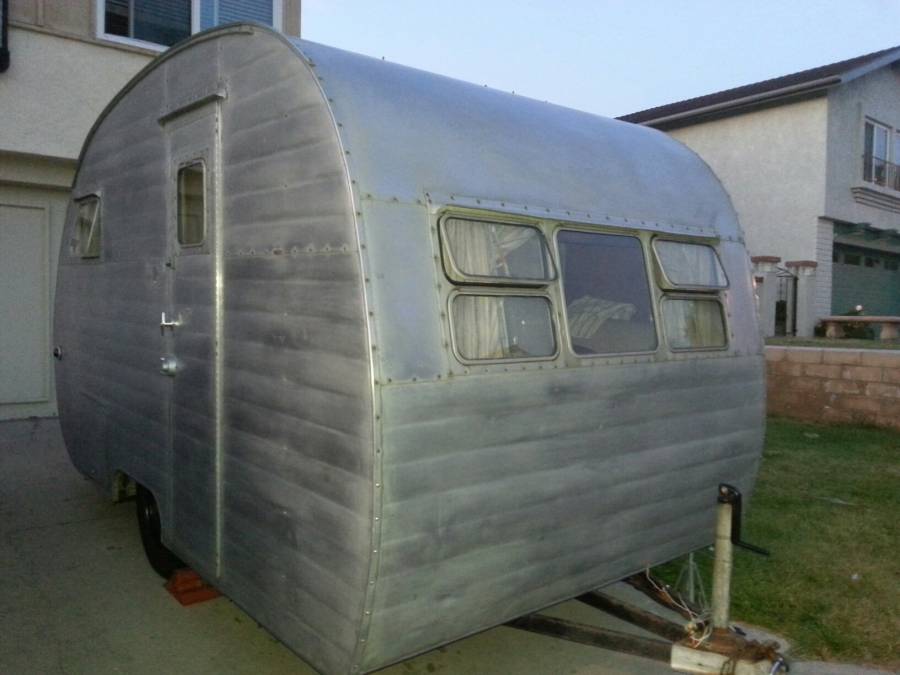 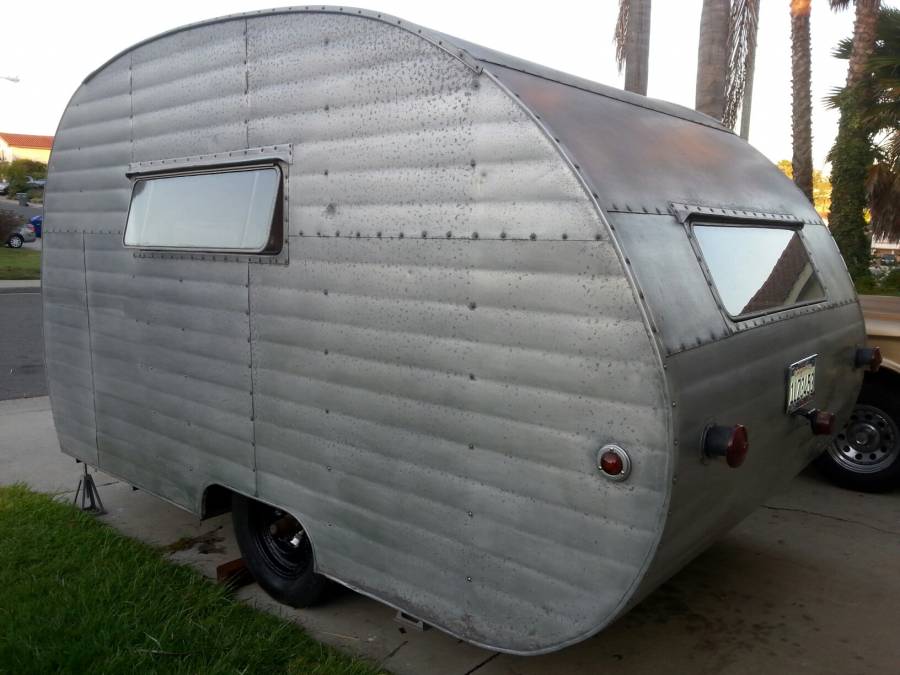 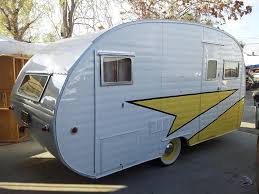