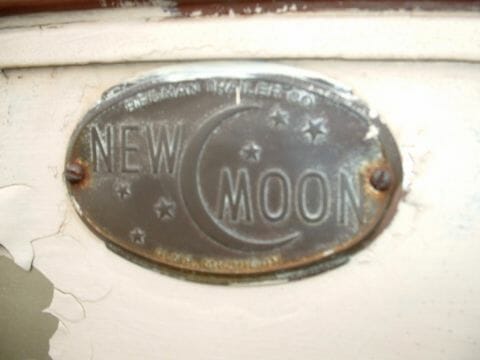 In 1944 the Redman Trailer Company from Alma, Michigan was producing the New Moon line of trailers and claimed that they were the world’s largest trailers. These trailers were to be available as housing for the bonafide war workers.

The trailer in the film was a 36-foot 1953 New Moon. The trailer was built at the New Moon Homes trailer factory in Alma, Michigan. The car was a 1953 Mercury Monterey convertible.

The Redman brothers actually broke away from the Alma Trailer Co. in about 37 to begin making their own trailers also in Alma. Their model name “New Moon” was an attempt (apparently successful since they later ended up buying the Alma Company out) at one upmanship since the Alma trailers were marketed as “Silver Moon”

From 1944 to 1953, Redman Trailer Company (Alma, Michigan) developed New Moon, a significantly longer line of trailers than others in the industry. In 1947, this trailer was “the world’s largest trailer”. In response to the success of its New Moon units, the company took the name New Moon Homes.

During the 1930s, almost by chance, the house trailer and mobile-home industry took root in Alma Michigan, with the emergence of the Silvermoon Trailer. Unable to keep up with orders for it’s new trailer, the Alma Trailer company expanded into abandoned plant No.1 one of the Republic Truck Company and began producing the New Moon Trailer. Rivalries within the company soon resulted in a second business, the Redman Trailer Company. Government orders for trailers to be used as housing at military installations during World War II resulted in several major transports of trailers from Alma to the East Coast. The mobile-home industry continued in Alma until the 1970. 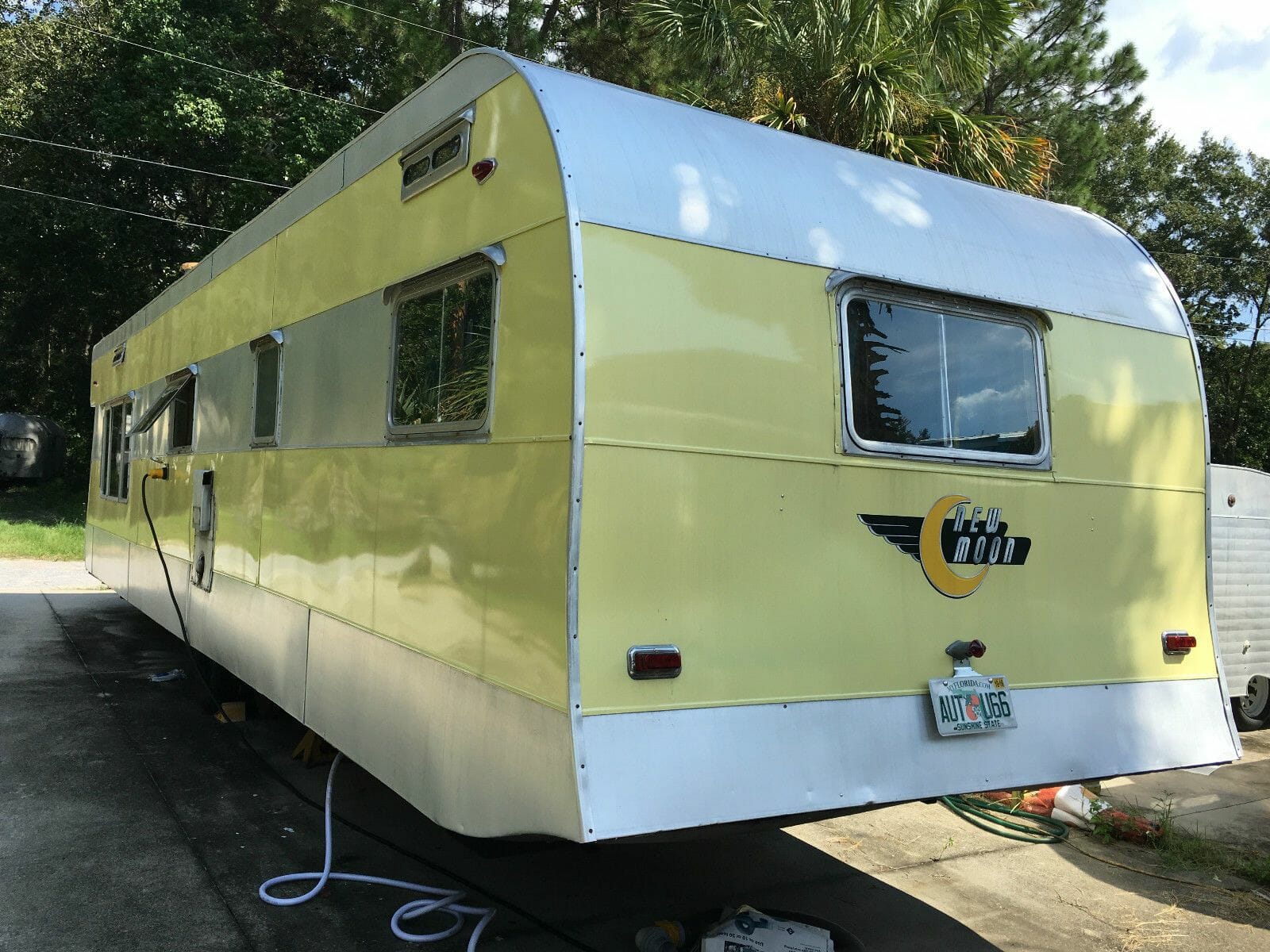 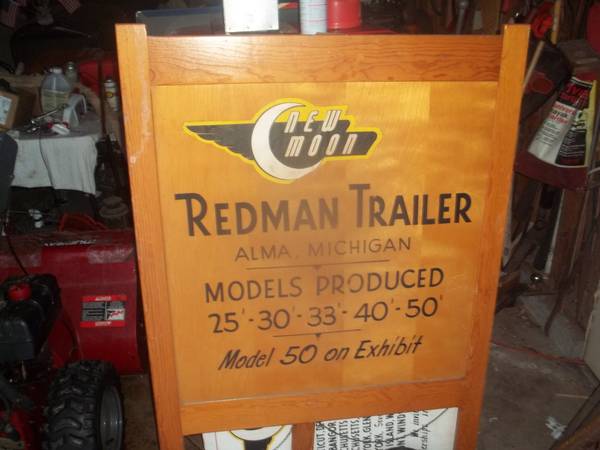 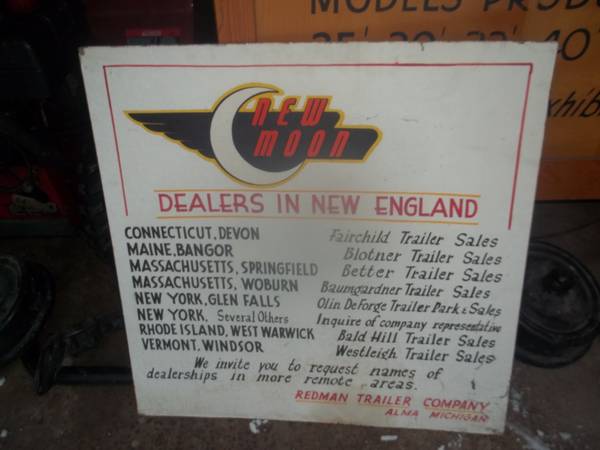 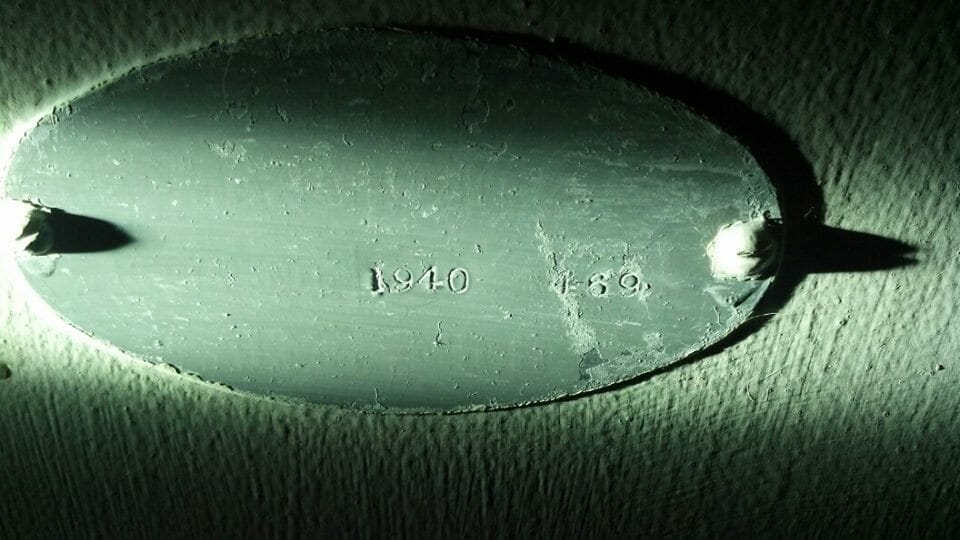 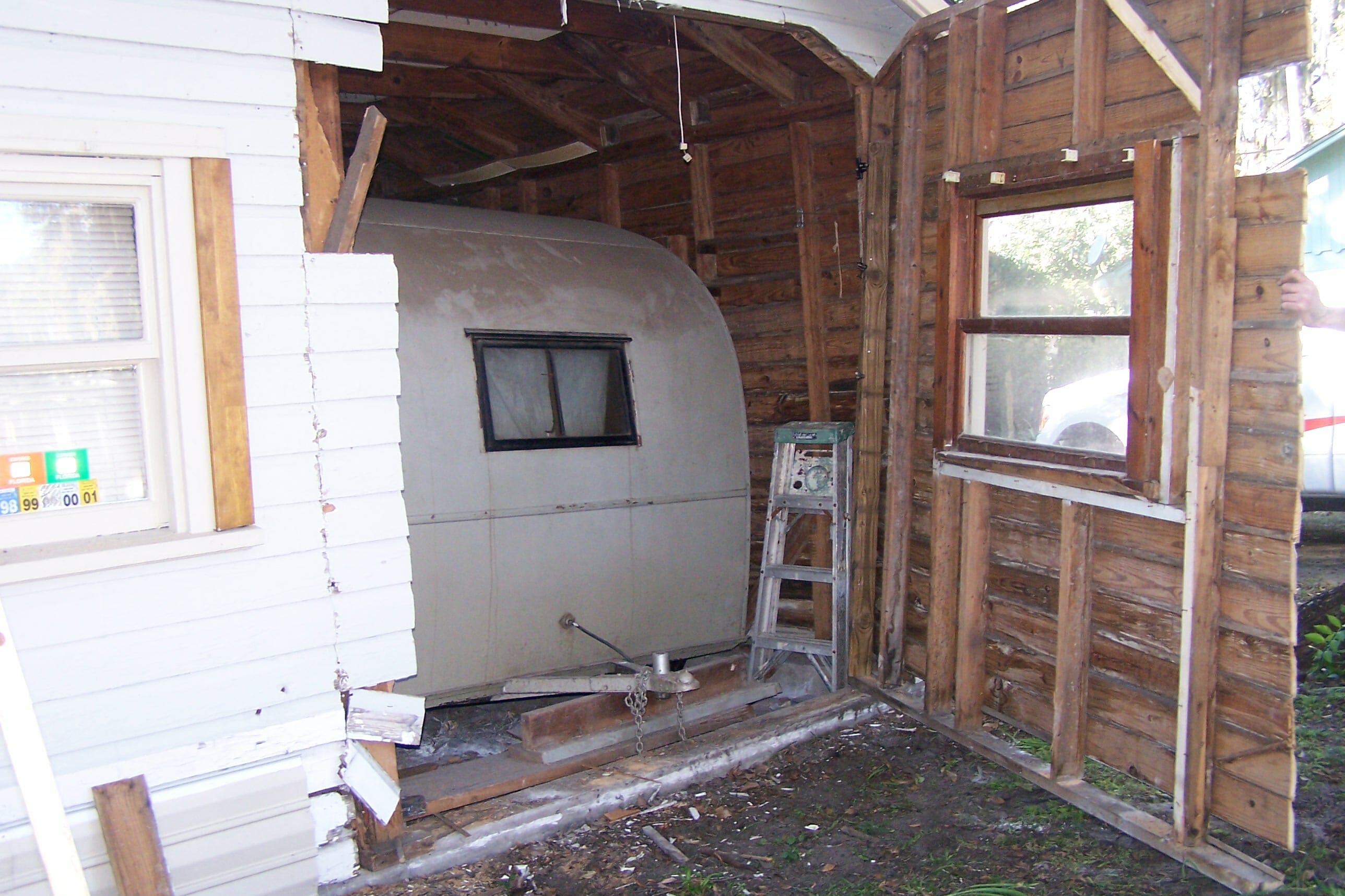 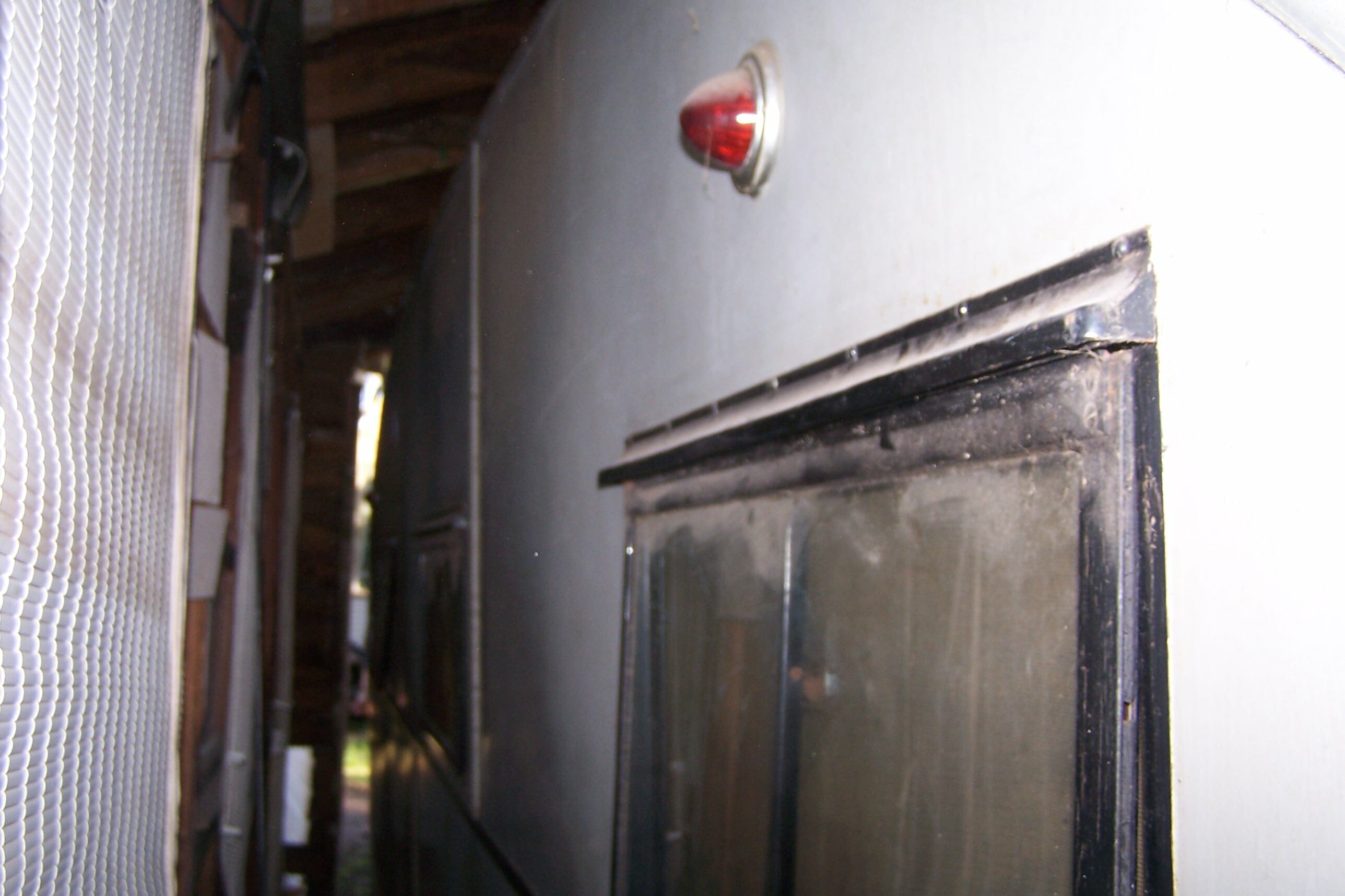 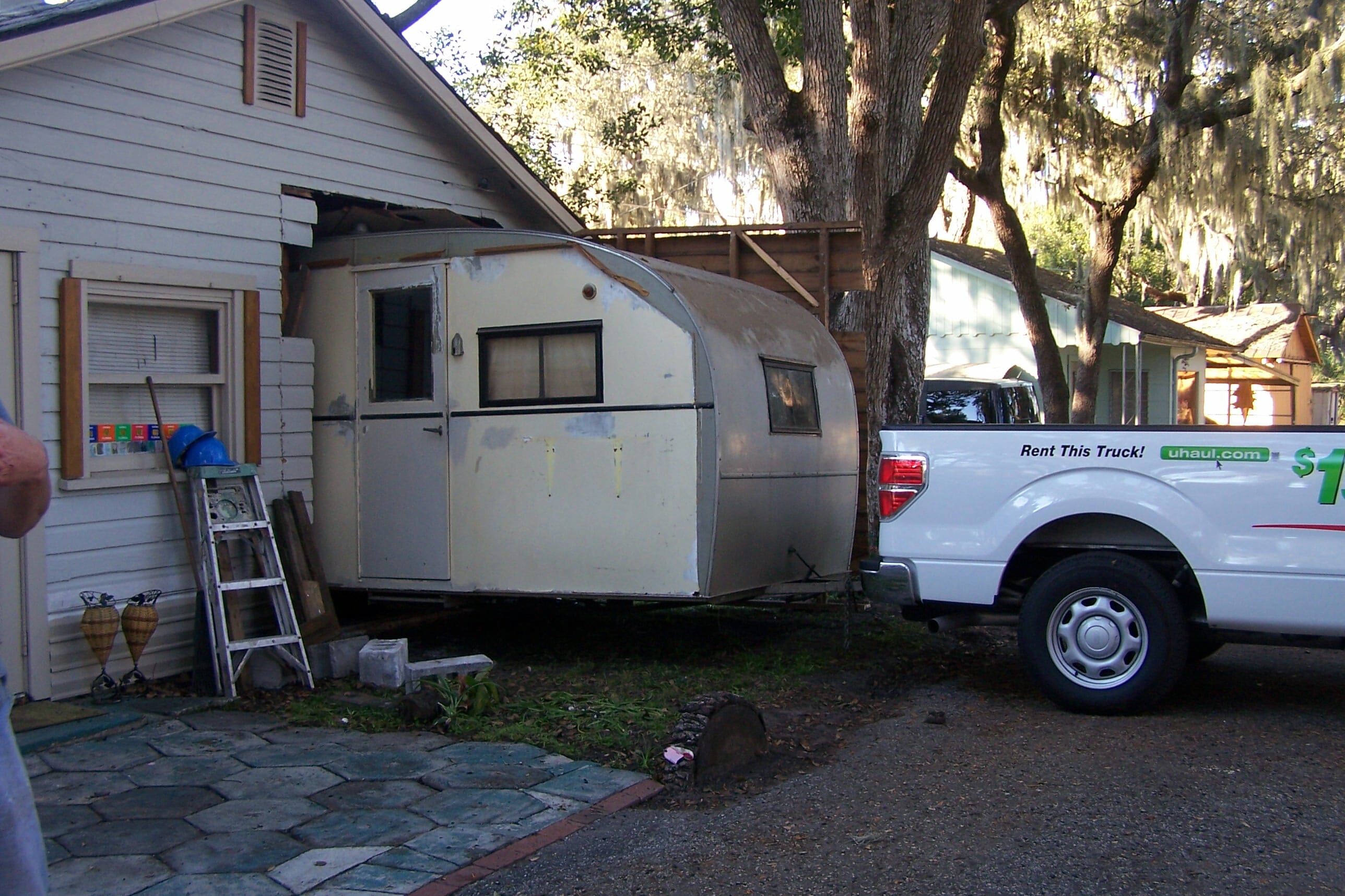 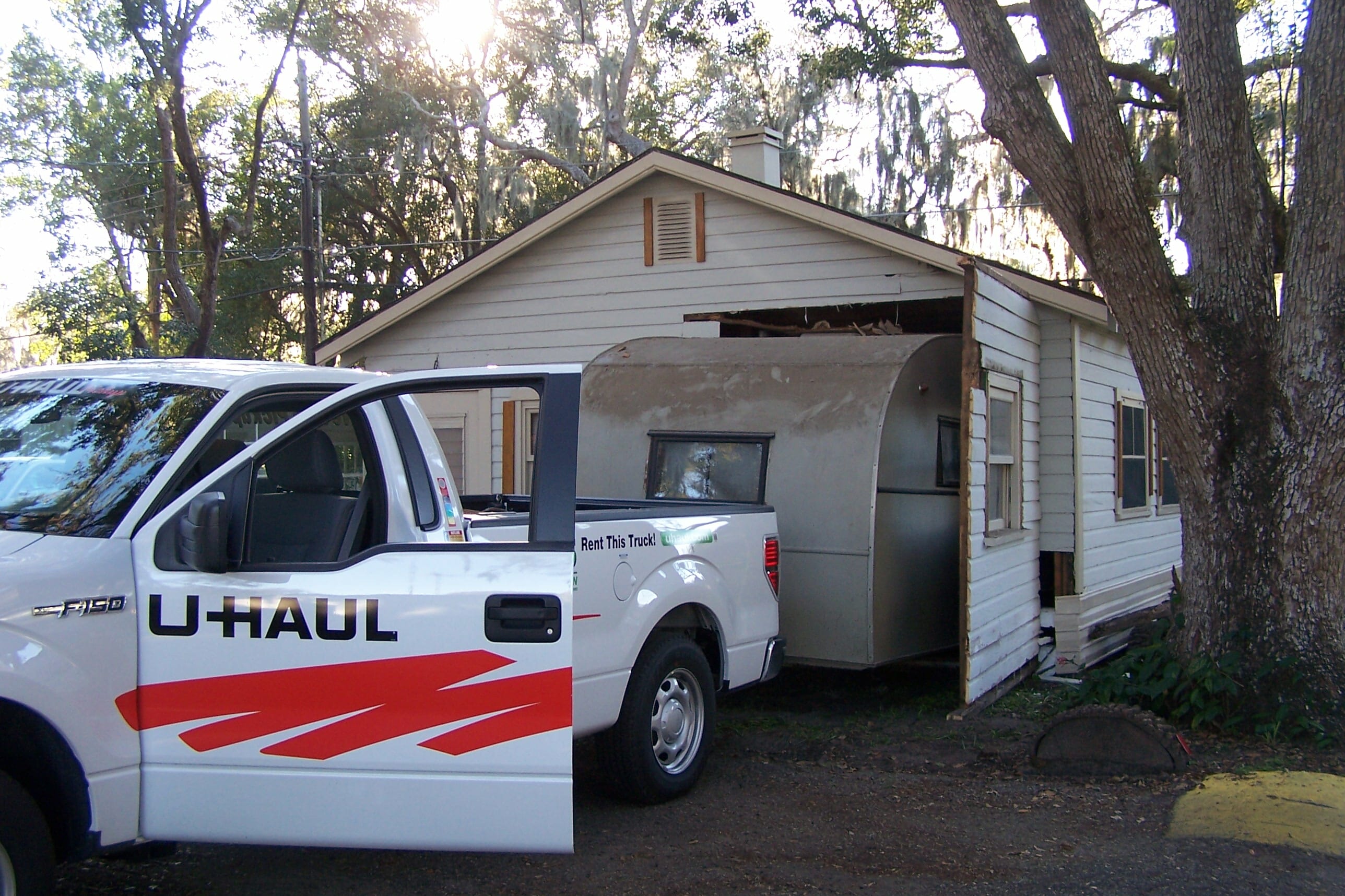 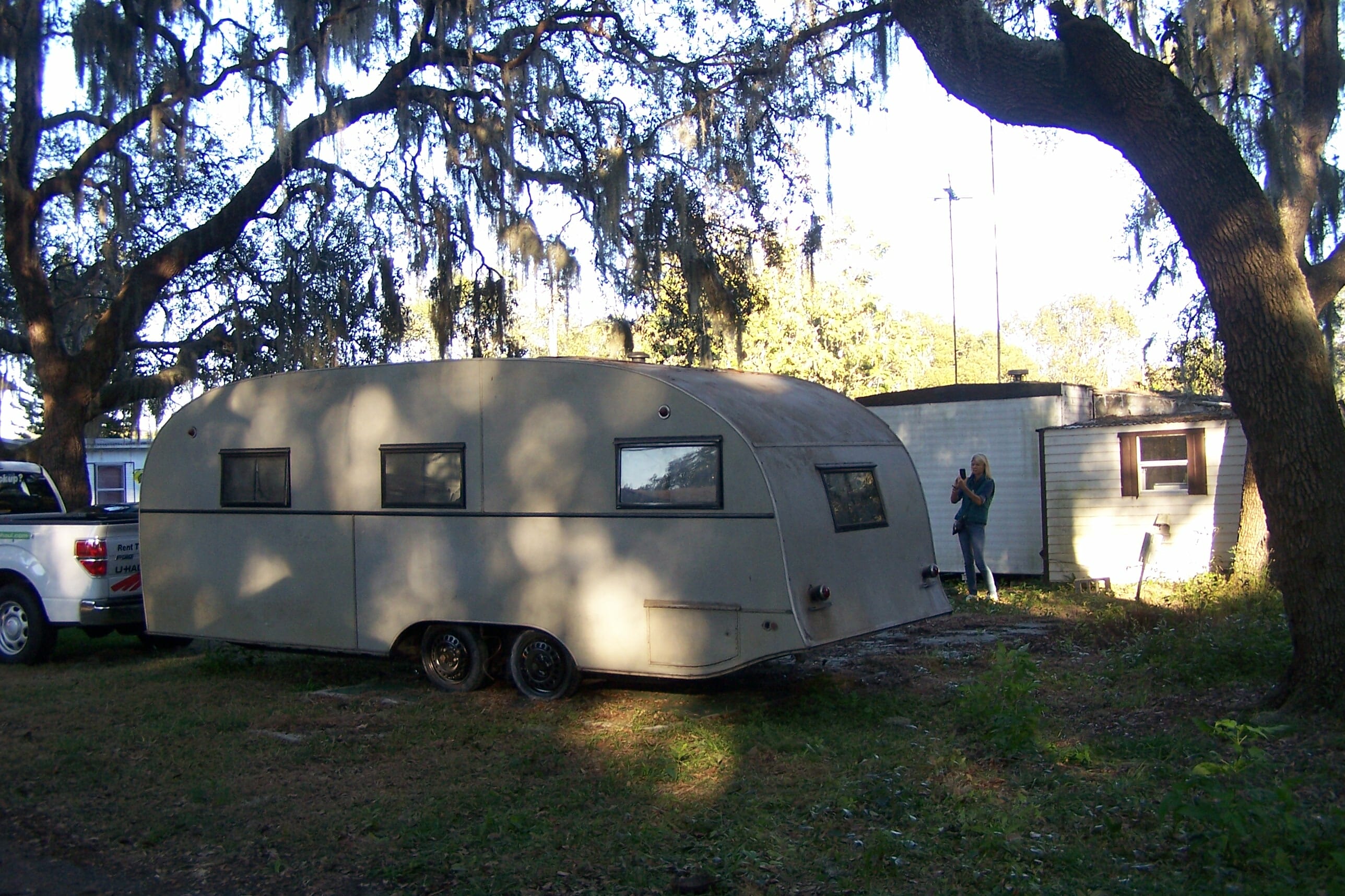 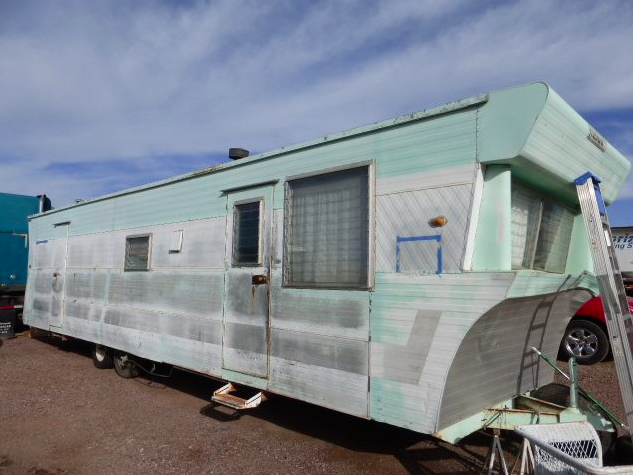 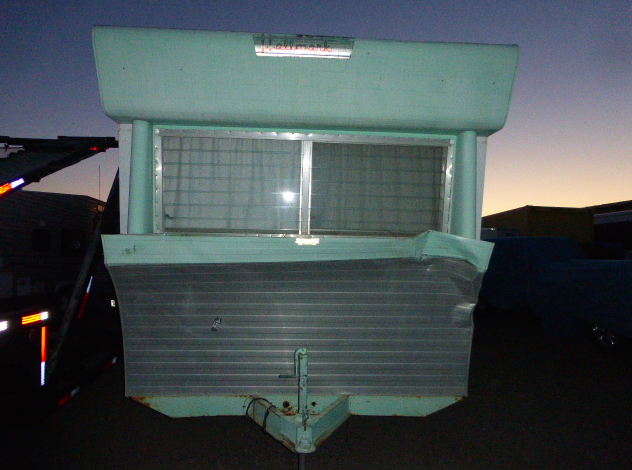 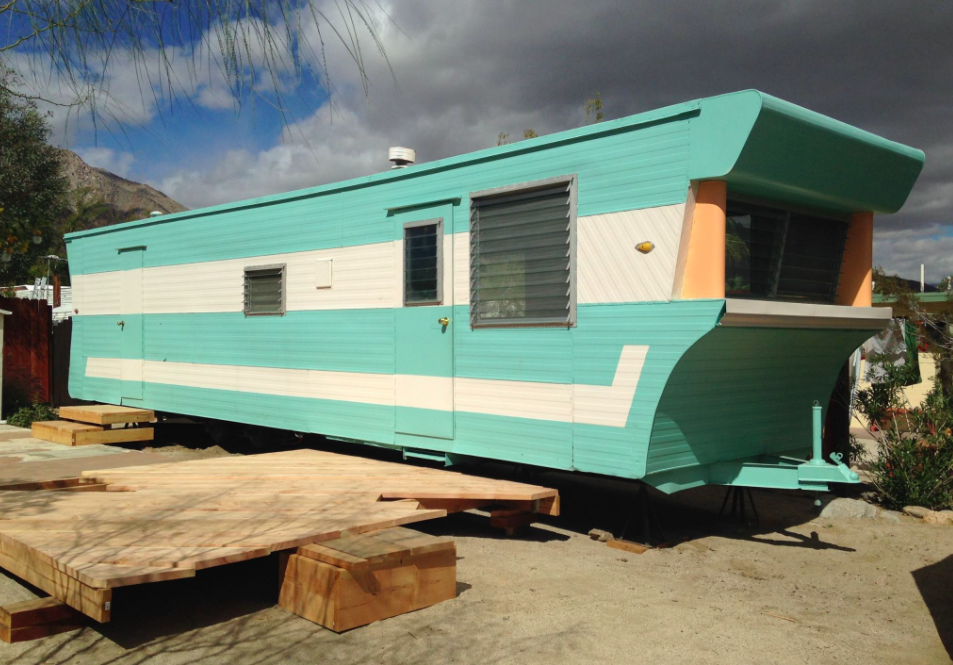 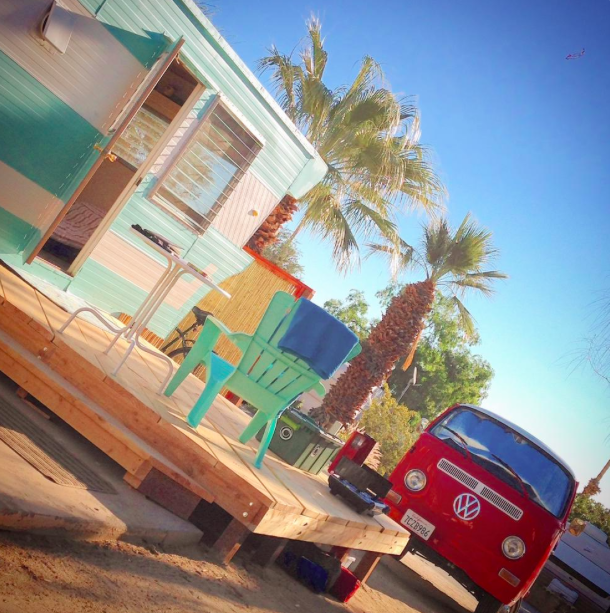 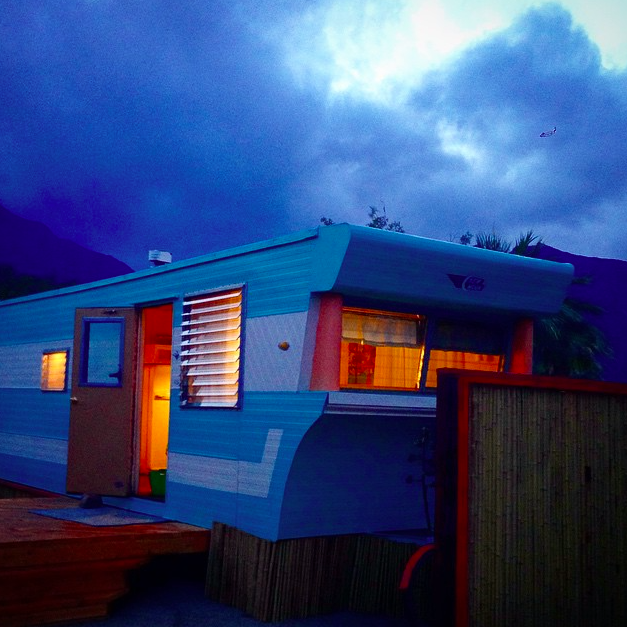 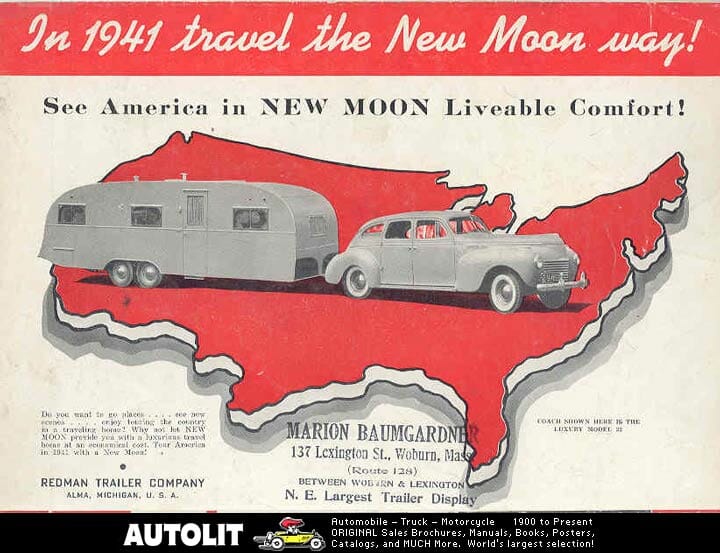 This “New Moon” spotted in a private trailer park in Ontario, Canada 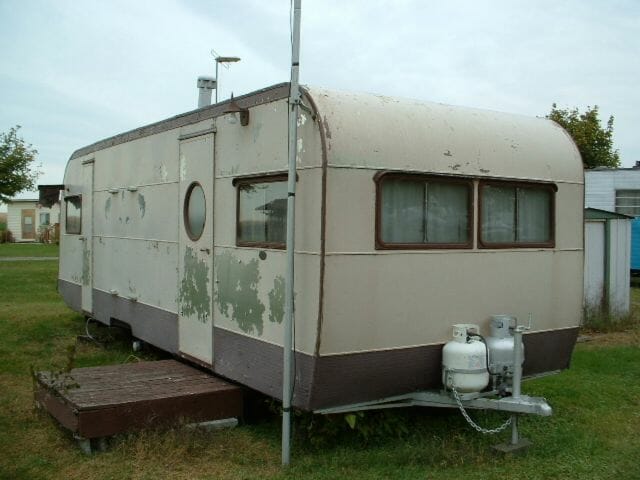 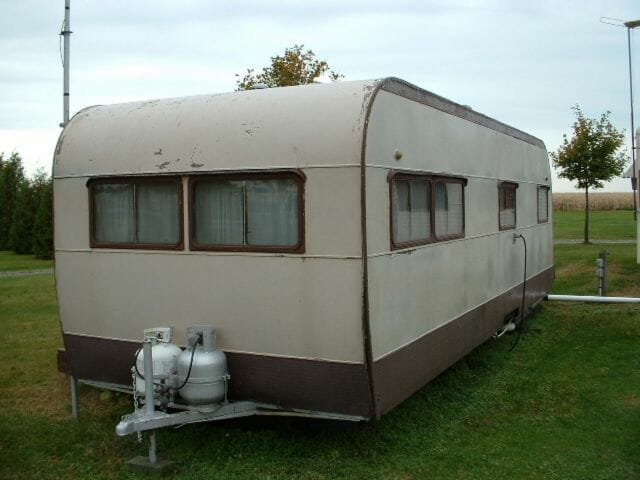 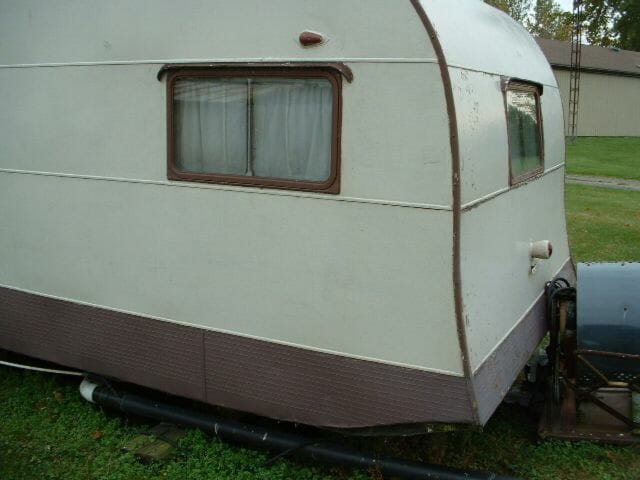 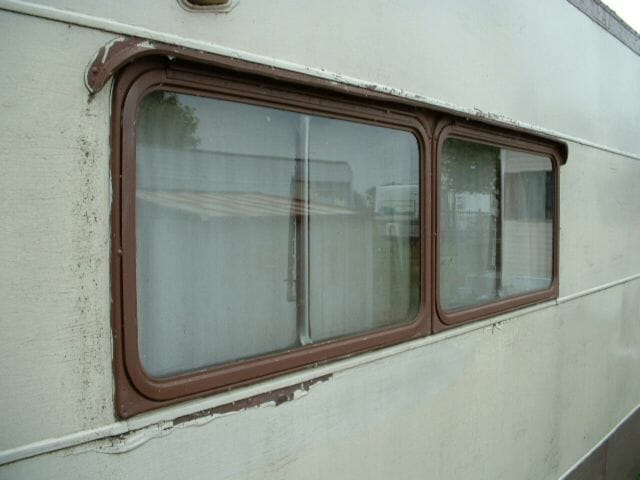 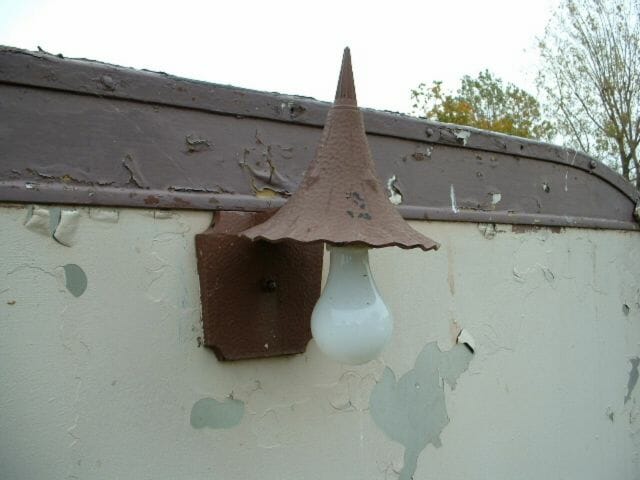 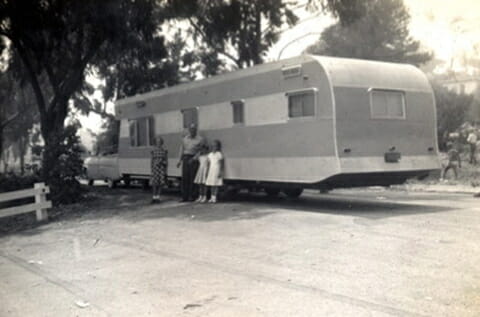 This is our new old New Moon William Cooke fatjoegut@msn.com 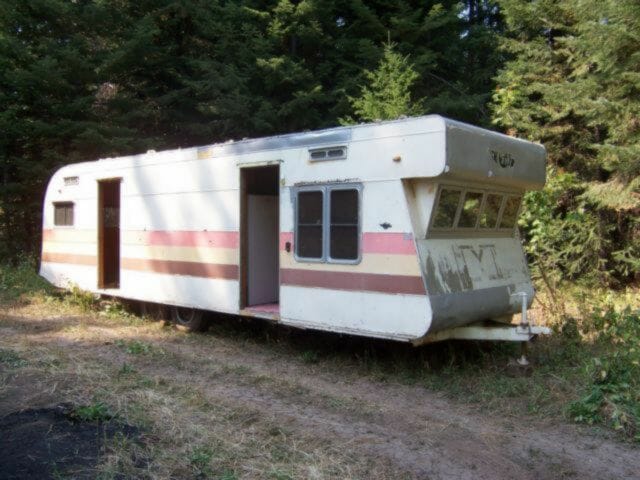 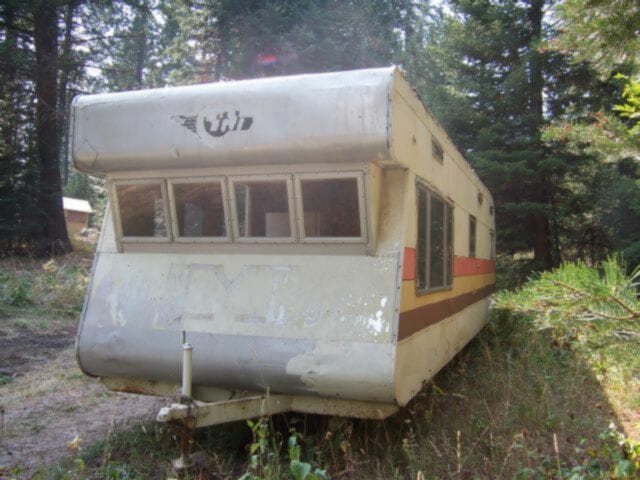 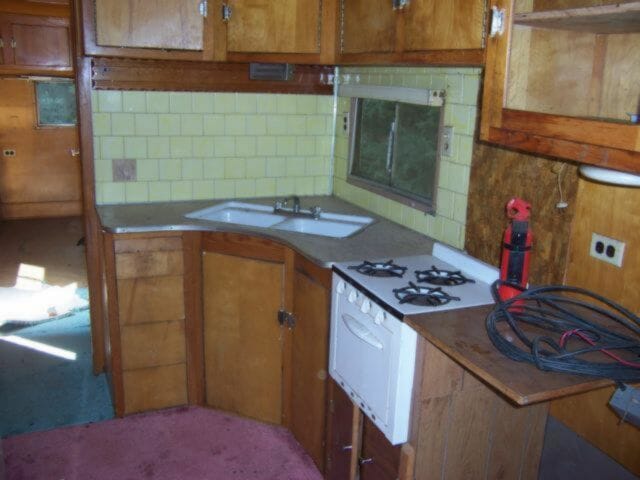 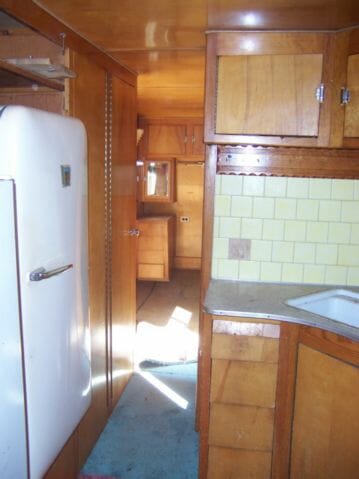 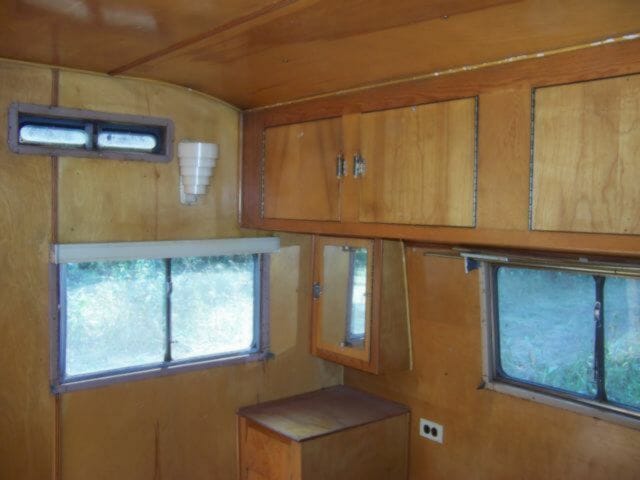 I was sitting around the other day thinking of one of my favorite movies “The Long, Long Trailer” starring Lucille Ball and Desi Arnez. They actually manufactured a model specifically to commemorate the movie.

When the movie was released in 1953 they actually took it to theaters to help launch the film. The camper that was used was a 36 foot long 1953 Redman’s New Moon mobile home. In 1954 they released the “I Love Lucy” model because of the great success of the MGM film release.

‘The Long, Long Trailer’ became MGM’s best grossing comedy up to that point and transformed Redman overnight from a small regional outfit (building one or two trailers a day) into one of the nation’s largest mobile home manufacturers (with five or six factories, producing hundreds each day).

This movie is too funny! The best part in my opinion is when Desi has the nightmare about the trailer brakes, too funny!

Look at those curtains!

The company began in 1930, when, with no previous training in the field, Harold and William Redman, along with engineer Al Hathaway, designed and produced the first Redman trailer coach.

In 1937 the group incorporated the business as the Redman Trailer Company and established their first manufacturing plant in an Alma, Michigan, pickle factory. Initially, eight men on two production lines produced four to five trailers weekly. In the 1940s sales increased when the firm developed a significantly longer trailer than others in the industry.

Growth resumed after the war, as Redman and others responded to the housing shortage caused by soldiers returning from war. In 1953, when the company took the name New Moon Homes in response to the success of its New Moon brand units, it also began to advertise nationally in major magazines, replacing the concept of trailers with the new idea of mobile homes.

Redman Homes, also known as the Redman Trailer Company, New Moon Homes, and Redman Industries, a multi-divisional corporation with headquarters in Dallas, is the second largest builder of manufactured housing in the United States. The company also produces and distributes aluminum and wood building components nationwide.
I am amazed that with the large number of these units produced that there are not more of them around. I searched all over the internet and have only found two or three, so I guess there are not many survivors. Here is one I found in NY, it is a 1954 or 1955 New Moon,

The owners of this fine trailer have kept the colors the same as the one in the movie, FANTASTIC!

The inside is very clean. I would like to see more retro furnishings but everyone has their own style.

Kitchen looks great! I wonder if that is the original flooring?

Overall what a great piece of history to own!