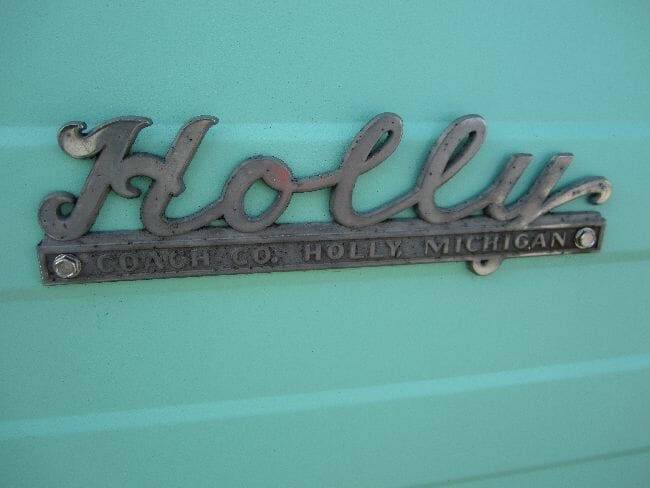 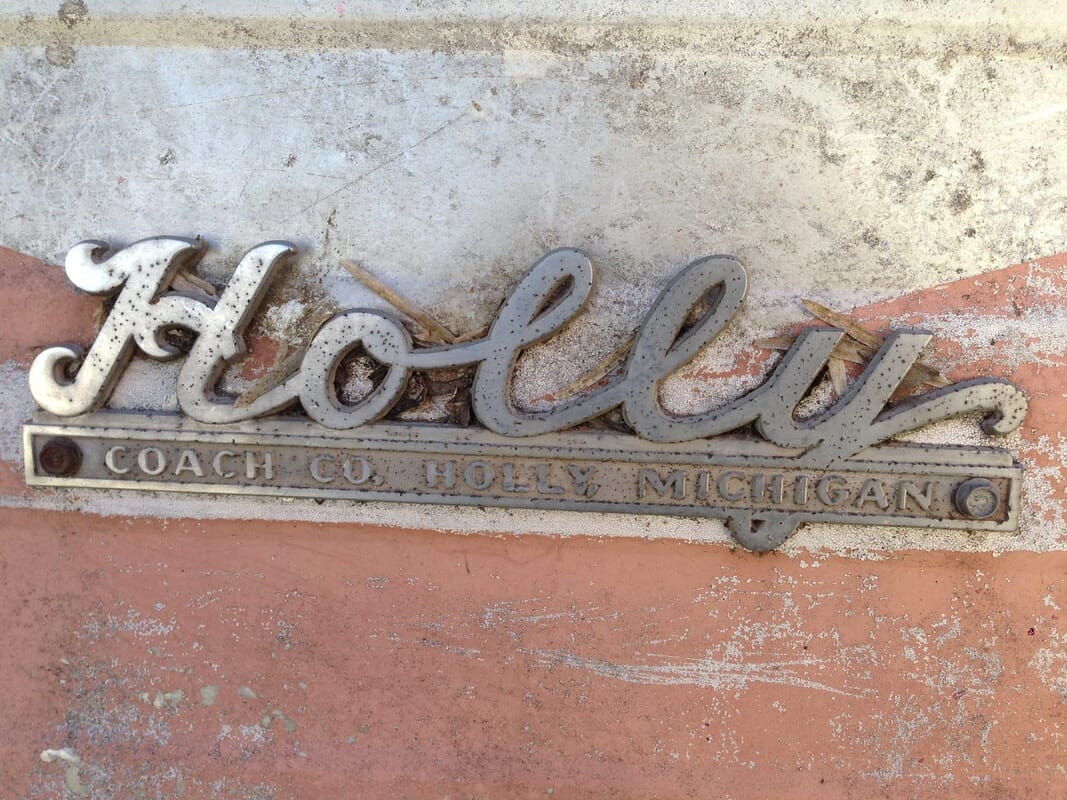 Holly Travel Coach company was in business after World War II starting about 1947-1948 until the early 1960s. It was in an old building on the corner of Saginaw St. and Seminole St. in Holly, Michigan. After the business when out of business the building remained empty for a few years then it was condemned and torn down. Joe Young worked there but he has passed away in 1980. From records at Holly Township Library

Four models came in popular lengths – from the 17 ft vacation trailers to the 29 ft coaches. Holly Coaches had “more floor space without sacrificing storage space and other built-in conveniences that appeal to housewives”. 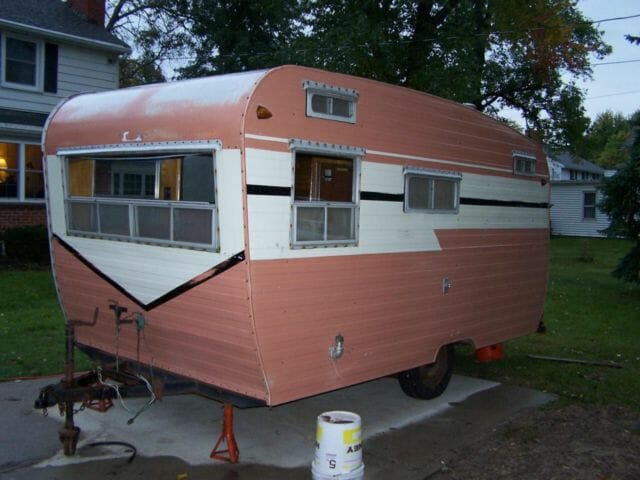 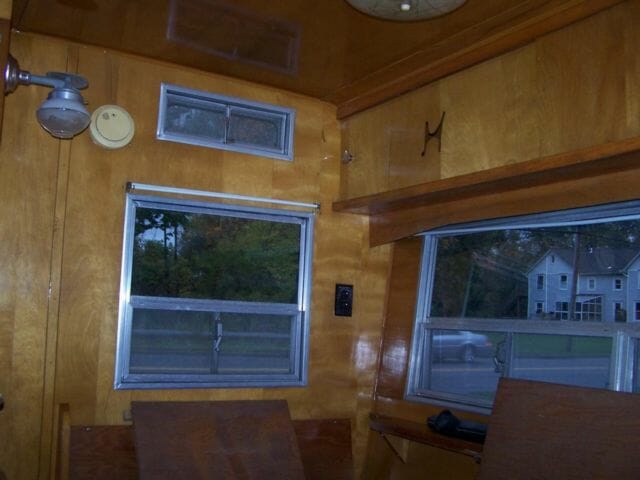 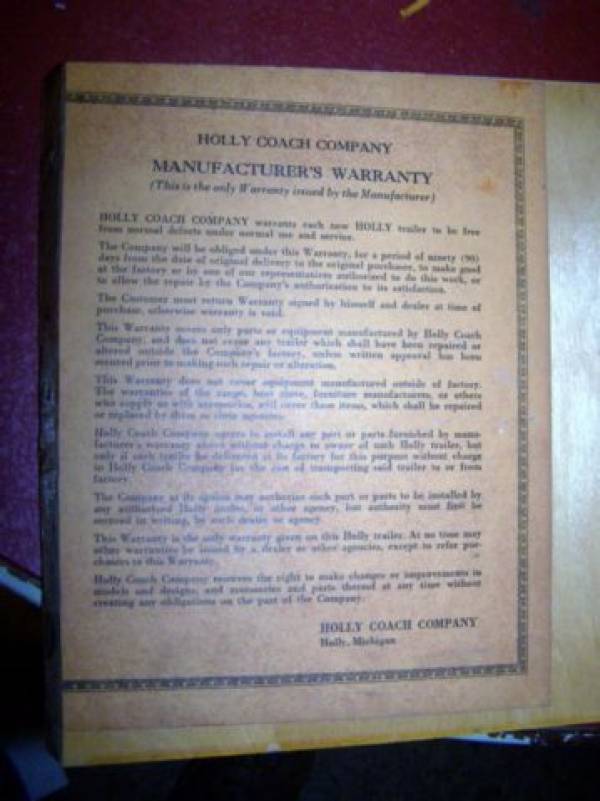 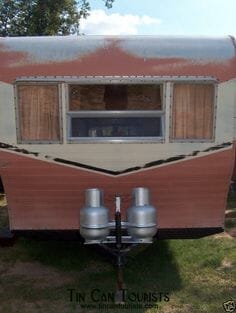 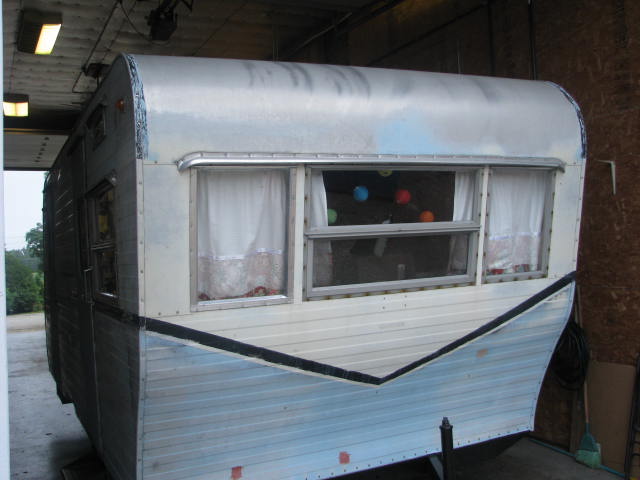