M System Trailer Coaches (by 1954 a division of the Mid States Corp.)

Joesph Bonelli was the founder of the M-“System” corporation. In 1935 he organized the company. M-Systems were made in Vicksburg, Miss. F. L. Cappert bought the company from the Bonelli family and then Cappert went on to make Magnolia Moblie Homes and his son is still in business in Vicksburg, Miss.

Company started in 1935 and M-System trailers were built through 1960 although they had been boughtout. In 1949 the M-System Manufacturing Co., produced a large (for that time) 33′ long trailer with an indoor bathroom….but as you can see, it was really a glorified showerstall with a stool and small lavatory. Basically, you could ‘go to the bathroom’, brush your teeth and shower all at the same time! Seriously, the problem with this arrangement was that after every shower you had to dry off the toilet and lavatory (and the floor & walls!) before you could use them. So most folks still walked over to the trailer park facilites… Check out how tight the rear bedroom is! The bed is squashed in between the rear wall and the little bathroom. How do you make this bed??? The exterior of the trailer was ver streamlined. The round corner windows in the living room remind you of the windshields of the cars back then. A few other trailer manufacturers (like Spartan) used this type of window also. Unlike Spartan, The M-systems curved front coner windows (called Hollywood Windows) were curved GLASS not plexi glass. The First Company ever to use real glass for curved windows was the Universal Trailer Company in 1947……..M-System started using this idea in March of 1949! and continued through 1950. 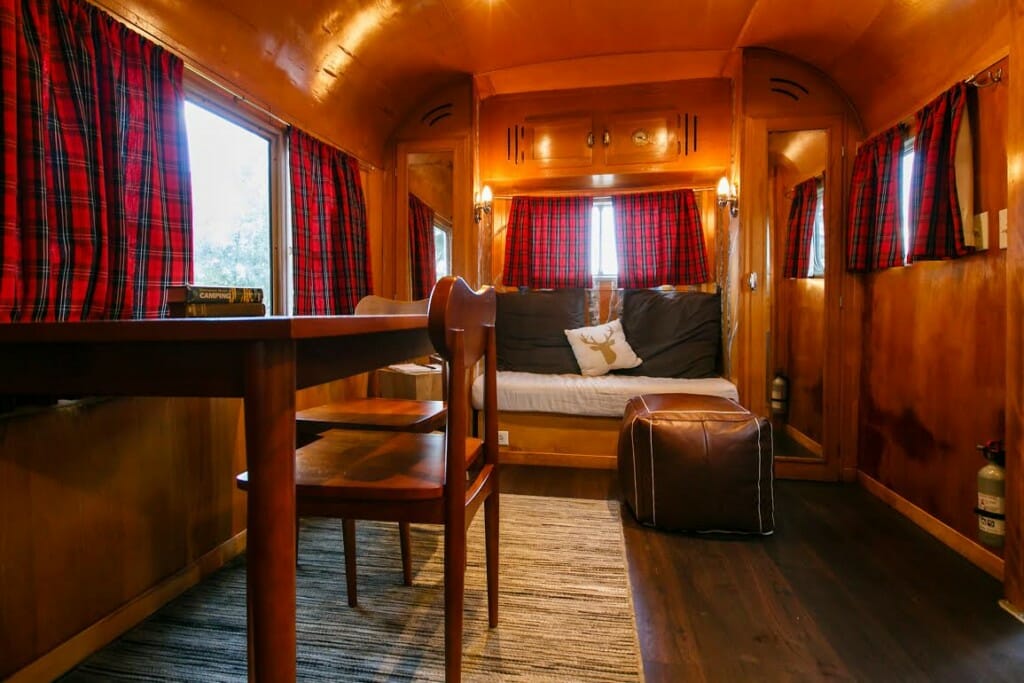 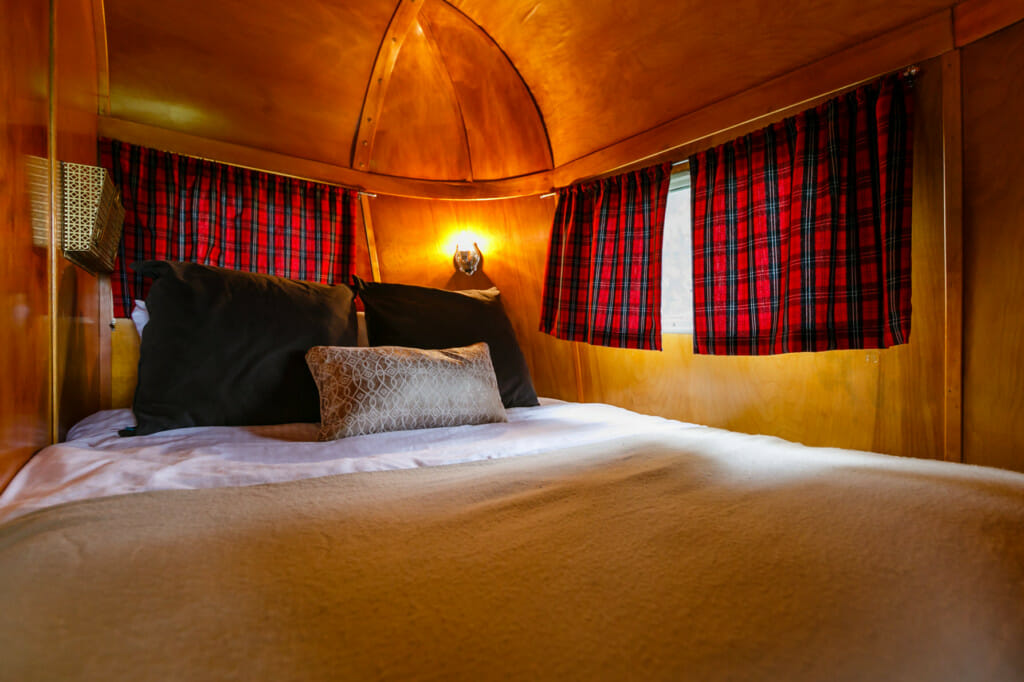 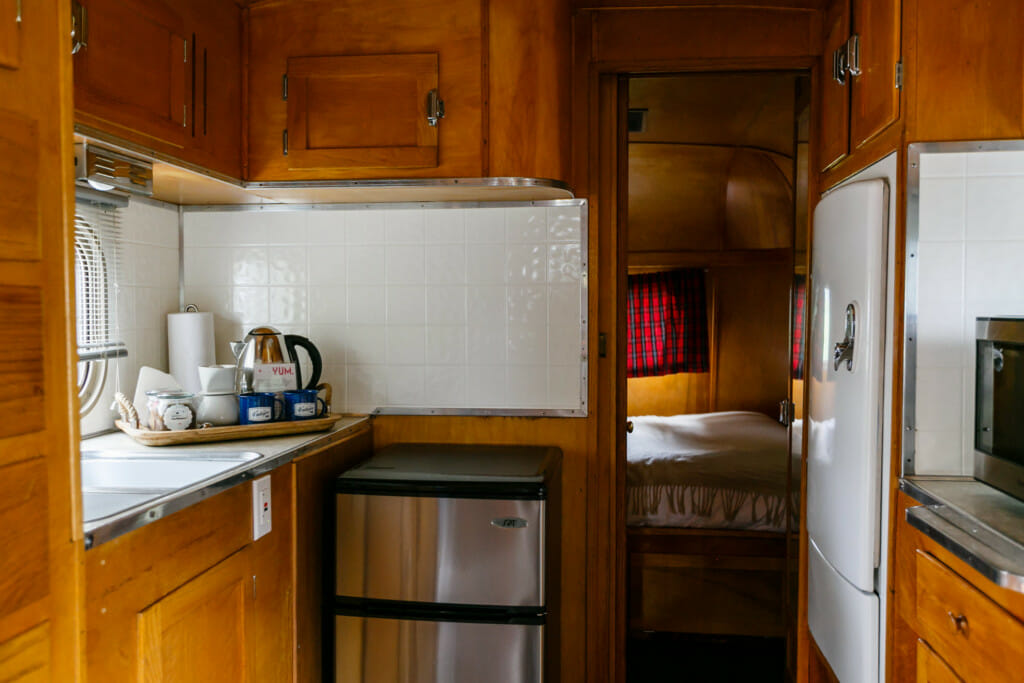 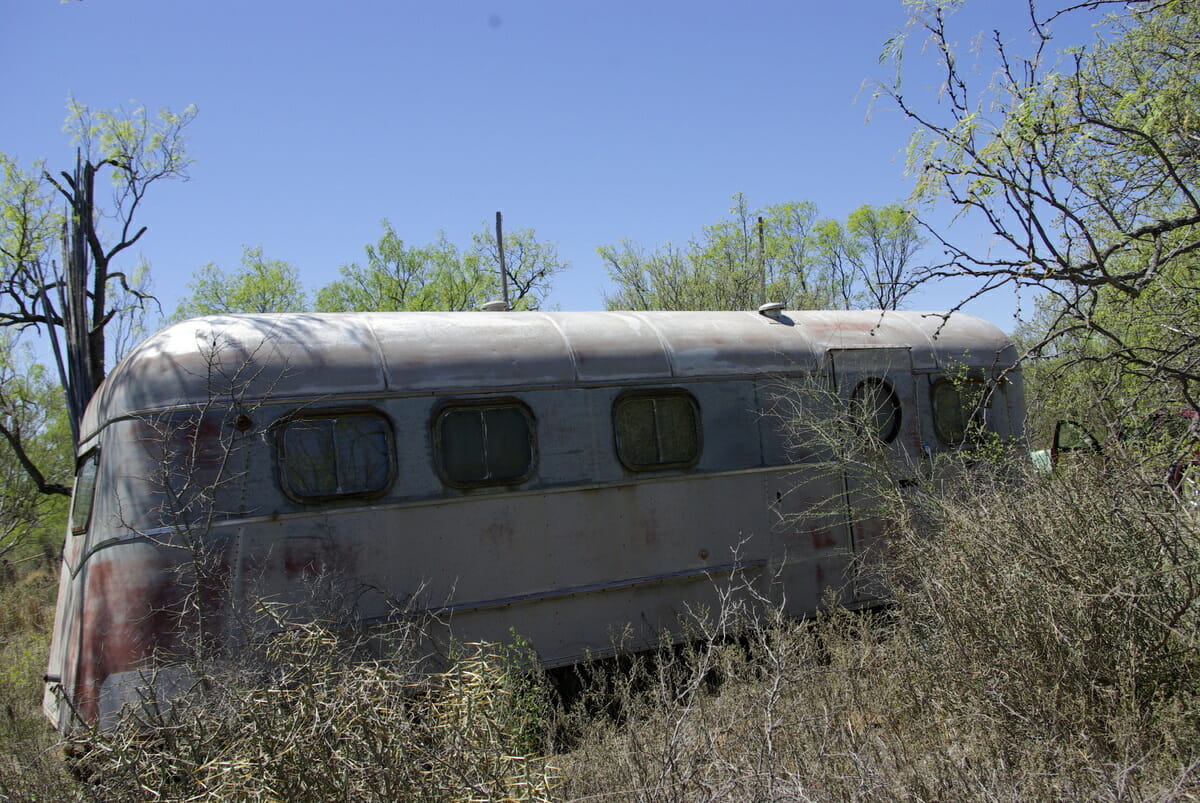