The Mallard trailer was manufactured in West Bend, Wisconsin. The Mallard Coach Corporation was founded in 1952 by Sylvester W. “Vesy” Hron and was located in West Bend, Wisconsin. Sylvester Hron was the majority shareholder and served as president from 1954 to 1969. Like many entrepreneurs Sylvester Hron founded and managed several businesses in the West Bend area and was very active in local civic activities. Mallard Coach Corp. initially manufactured travel trailers. During the 1960’s tent campers, truck campers, motor homes and snow mobiles were added to their product line. Mallard expanded into the tent camper market in 1964. Offered were two models, the Canvasback (model c140) and the Decoy. The Decoy was came as either the Deluxe (model c120) or the Standard (model c80). The Canvasback was a very unique and original camper. Unfolded it looked identical to a prairie schooner from the 1800’s. Very different, to be sure. It retailed for $745.00, or $5098.19 in 2009 dollars. The Decoy was of the typical design of the time, tent top with two side beds. The two models retailed for $679.00 and $589.00, or 4,646.54 and 4,030.65 respectively in 2009 dollars. In keeping with the competition the Canvasback hard top camping trailer was introduced in 1966. It featured an aluminum top with 77 inches of space between the floor and the roof. Strange enough the Canvasback c140 model was still in the lineup, but the more traditional designed Decoy was dropped. Sylvester Hron sold Mallard Coach Corp. to The Entwistle Company based out of Providence, R.I. in 1969. He served Mallard as the chairman until he retired from that post in 1971. After the sale of Mallard facts regarding the Mallard Coach Corp. are sparse. It appears that tent campers and snow mobiles were discontinued after 1970. The focus was back to manufacturing travel trailers. On December 16, 1986 the Mallard Coach Company, Inc. was incorporated in the state of Florida. At the time of this writing I do not have the facts concerning when the Entwistle Company divested itself of Mallard and why. In May 1992 Mallard Coach ceased its manufacturing operations and filed for Chapter 11 bankruptcy protection. At some point after this Fleetwood purchased the Mallard brand name and used it for a line of their travel trailers. Fleetwood file for bankruptcy in 2009. Sylvester Hron died on June 10, 2004. updated 2-10-2014 Andrew Keller 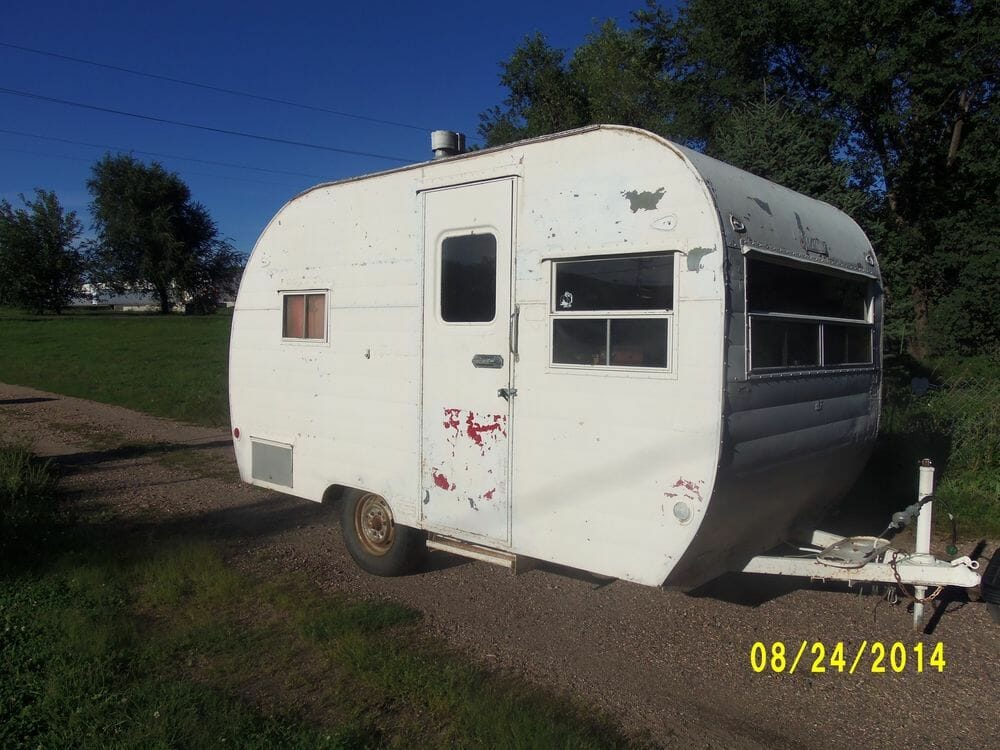 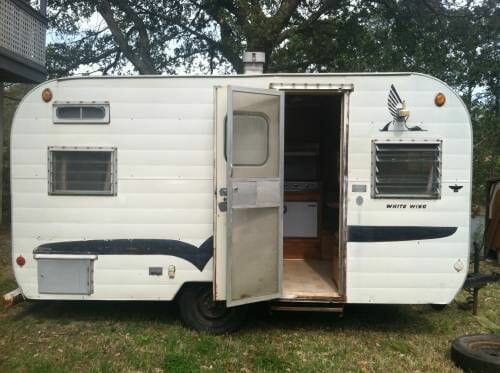 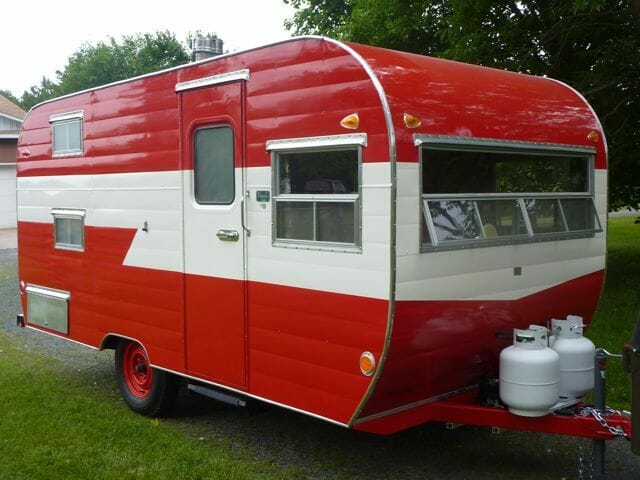 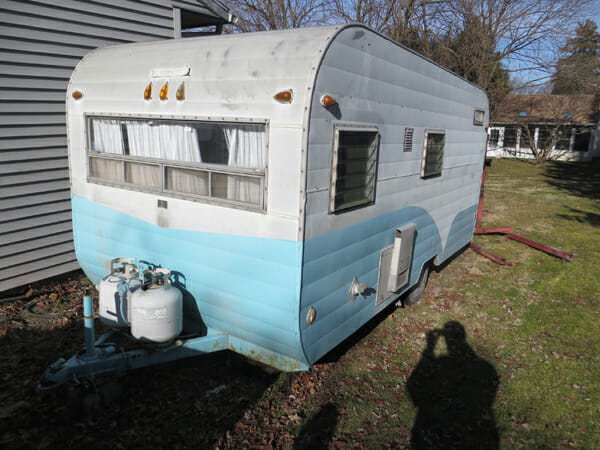 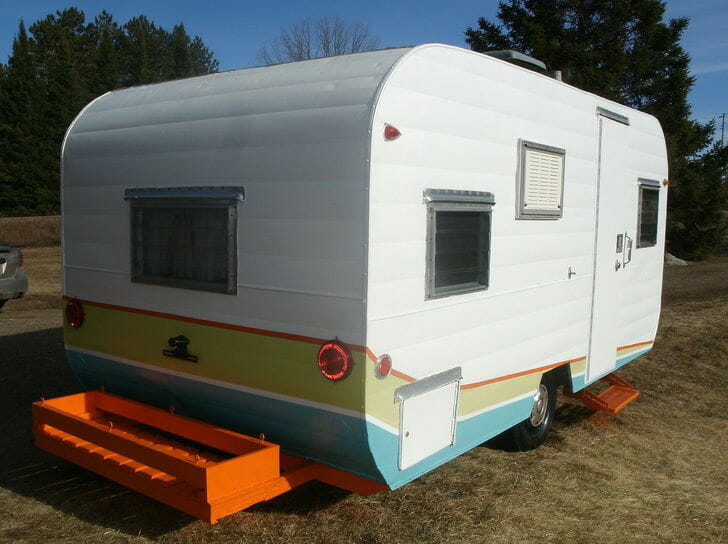 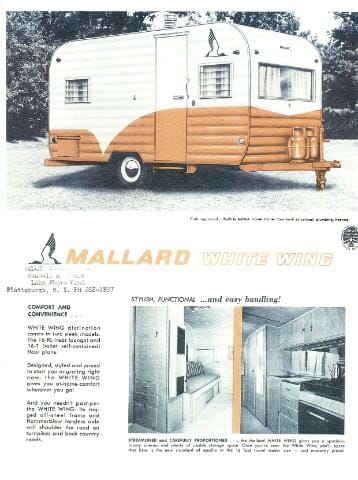 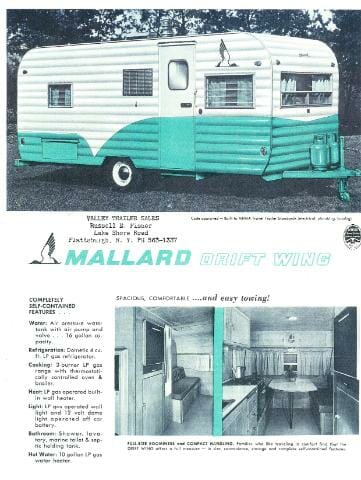 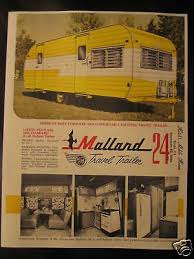 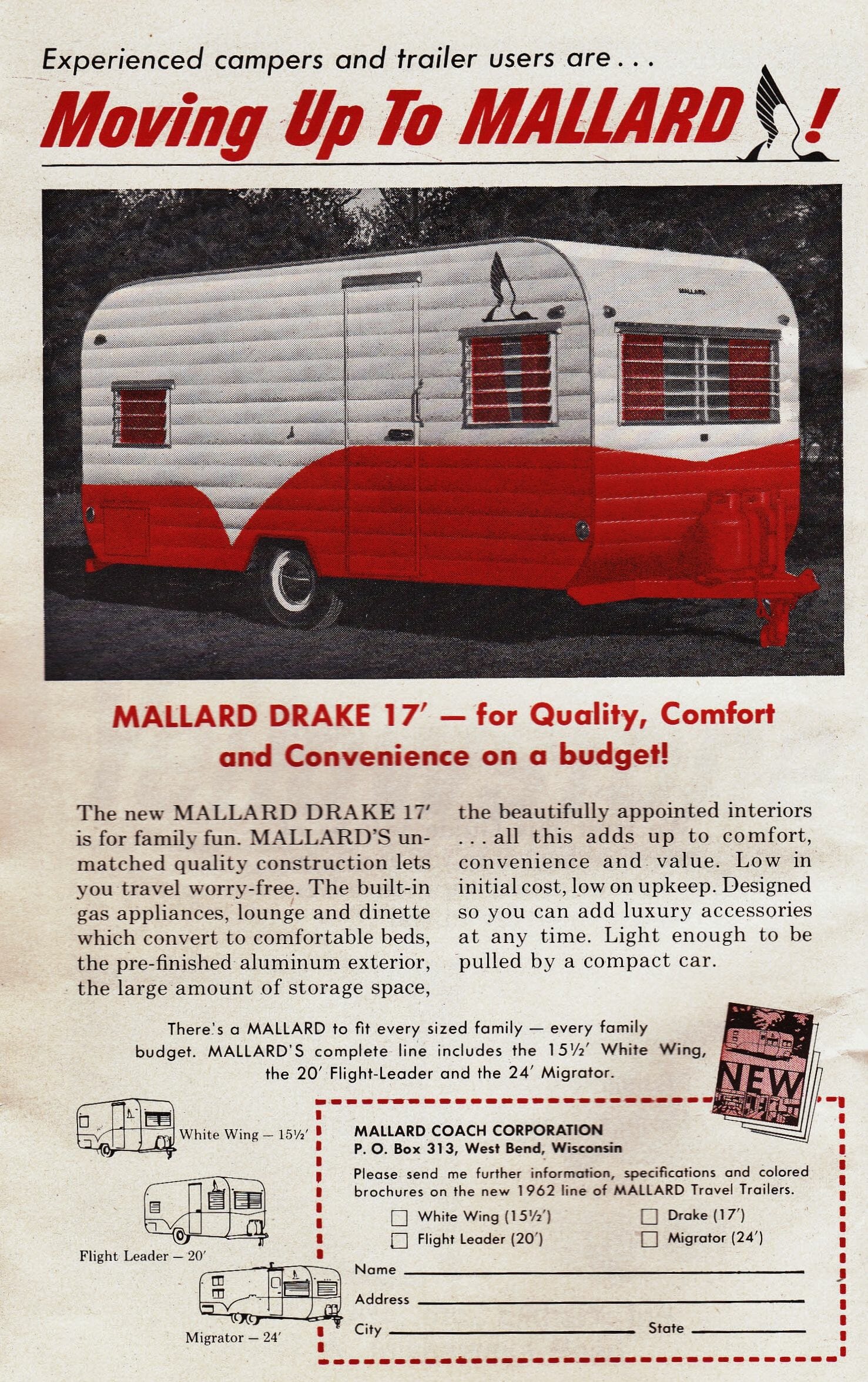 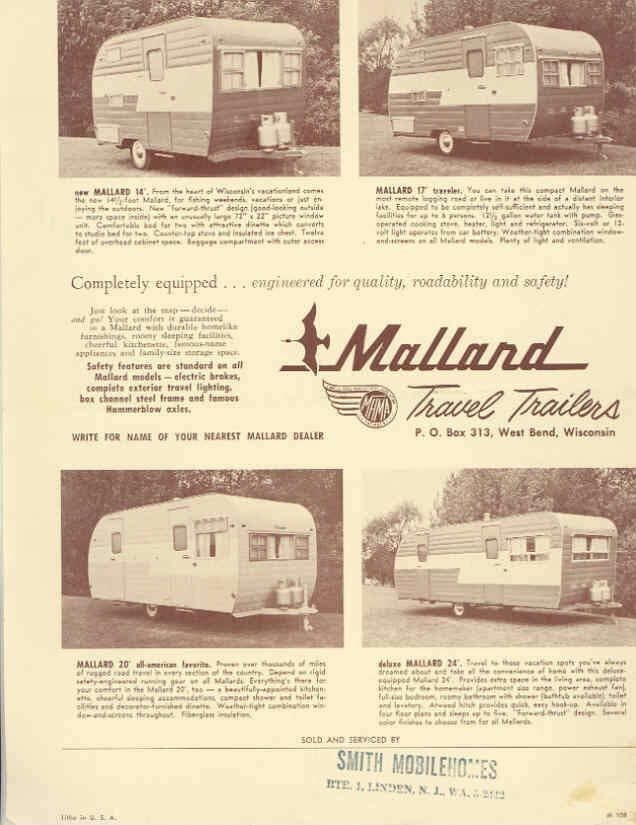