The NORRIS story begins in the 1950’s in Eastern Tennessee, where our entire operation still remains today. NORRIS was founded by the Gose family, whose members fished and trapped along the shores of Norris Lake, from which NORRIS was named. The Gose brothers both had successful businesses in woodworking. One brother worked in cabinets and the other in furniture. One of them would later venture into the travel trailer industry in Claiborne County, TN. Many travel trailer retail dealers began selling mobile homes. This sparked an idea for Mr. Gose to start a manufacturing facility.

In 1965, 50 years ago, the brother’s formed NORRIS Industries, Inc., secured property in Bean Station, TN, and built a 56,000 square foot manufacturing facility that’s going stronger than ever today. In the spring of 1966, production began with 500 RV’s. In the fall of 1966 “superbly built” homes started rolling out the door. In 1973, NORRIS Industries expanded with the addition of what today is the primary facility used for production. The new plant and a brand new cabinet shop grew the size of the operation to 250,000 square feet under roof.

In 1984, Clayton Homes, INC. purchased NORRIS Industries. Jim Clayton, founder of Clayton Homes, had a long history with NORRIS, as Clayton was one of NORRIS’ top retailers year after year. Recognizing the quality product and brand equity NORRIS had to offer, the NORRIS brand fit nicely into Clayton’s growing company. Today, NORRIS stands as the pinnacle of home building in our industry and is recognized as the standard for luxury and quality. Thank you for making NORRIS your preferred housing choice!

Volunteer was made by Norris Homes in New Tazewell TN. It was the middle of three product lines, Norris being the top of the line, then Volunteer, then Smokey was the economy line. We have a 1968 Smokey we’re restoring. They were bought out by Midas Intenational and eventually stopped building in the mid 70’s.

Connected to the production of travel trailers since 1960, Norris grew from a $5,000 investment to a brand under Midas-International Corporation. Building travel trailers ranging from 16 feet to just under 34 feet in length, Norris earned a reputation for being affordable, well-assembled recreational products. The Norris name was also involved in manufacturing truck campers up until the mid-1960s. After the 1982 model year, the Norris name was no longer part of the travel trailer marketplace.

I found the postcard on eBay and only bought it because it was of significance to me in that I know the people who are pictured on it. Seated are Lee Dan and Sadie Stone. Standing with bathing suit is Ritzi Gose, daughter of owner and founder of Norris Homes, Inc. Kelly Gose. During my senior year at L.M.U. 1977, I was in several stage plays and chosen after auditions with the movie producer to be in a made for television commercial for Norris Homes. In the commercial were Lee Dan, Sadie and daughter Sylvia Stone Duncan.I worked at the Norris Homes Recreational plants during my high school and college days. The bottom card is Kelly Anders driving the Impala Chevy and unknown Claiborne County girl as his passenger. 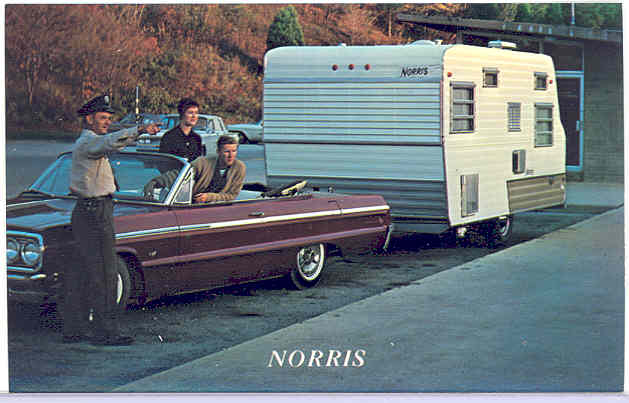 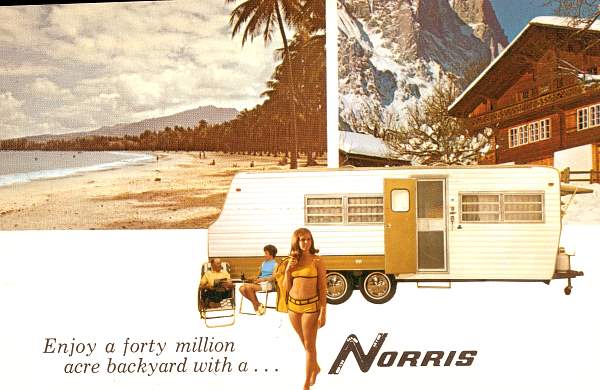 The Volunteer Trailer – By Norris 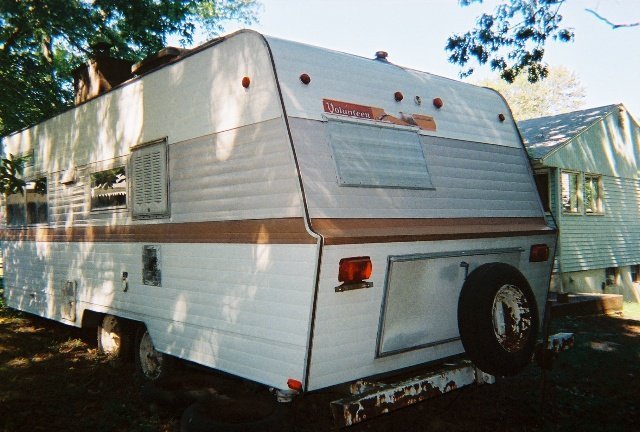 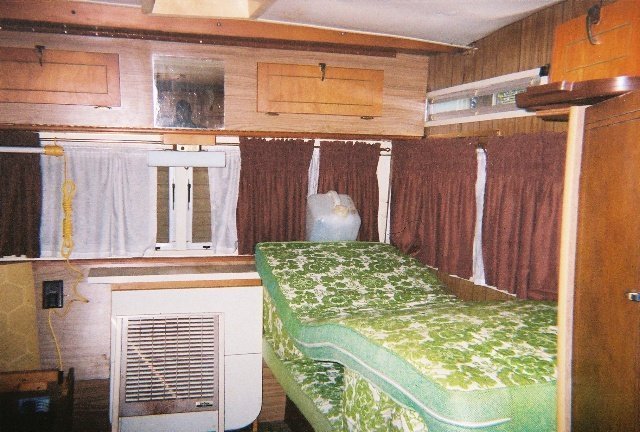 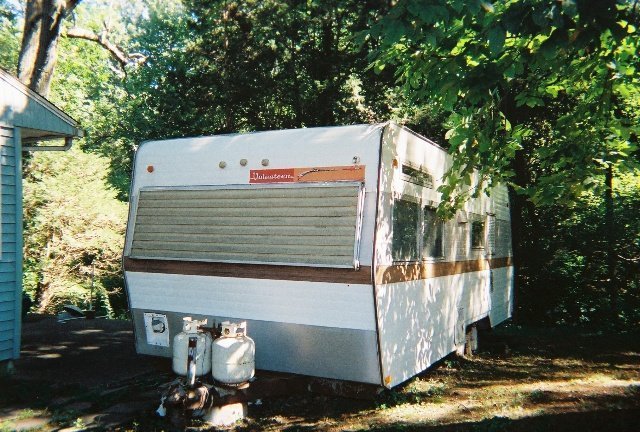 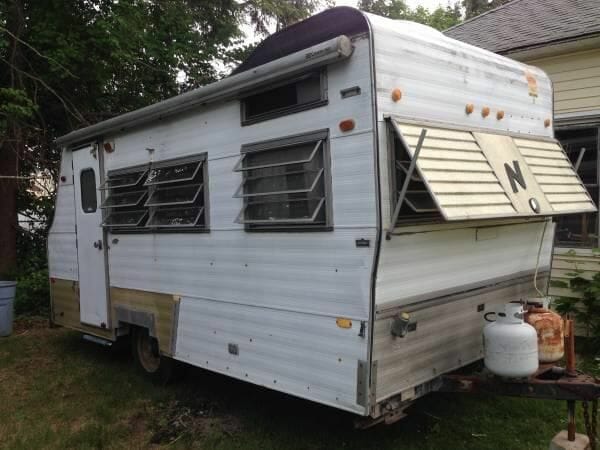 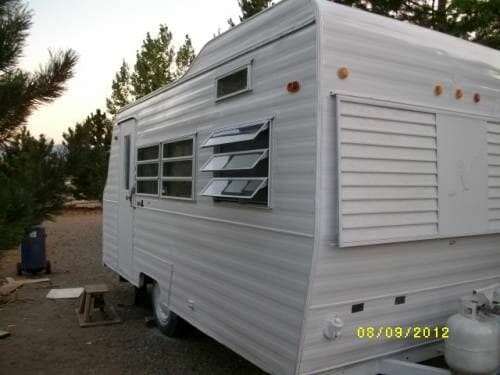 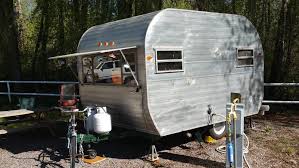 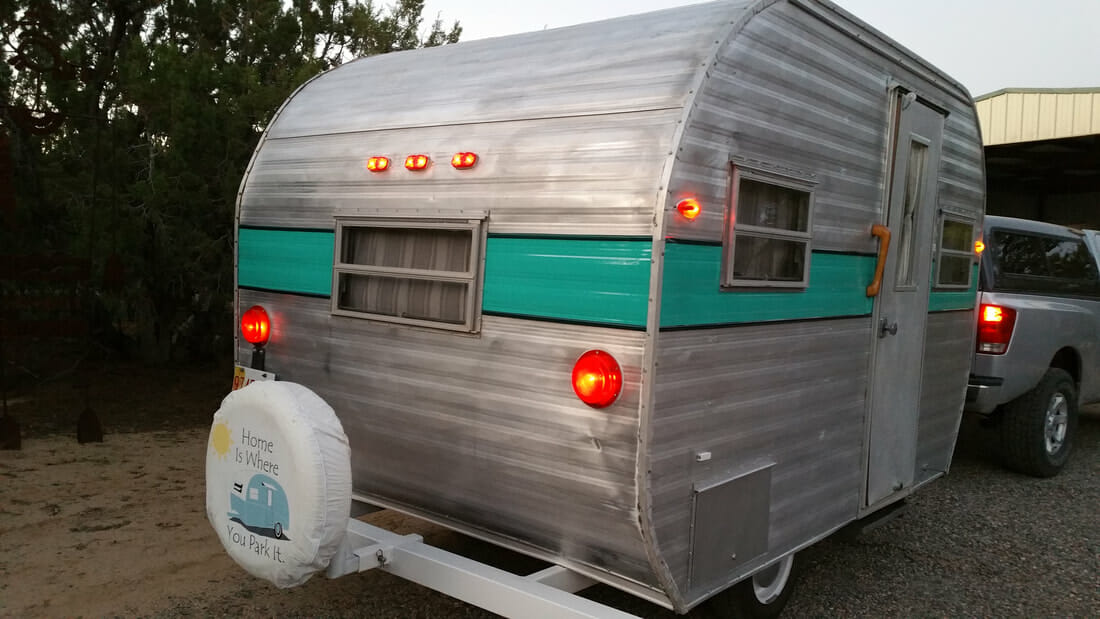 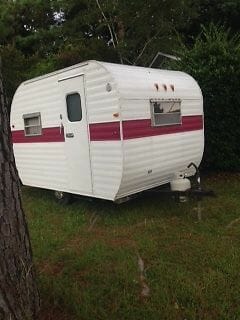