Sears, Roebuck and Company sold many products under the Allstate name, one of which was the 1-wheel trailer. So far at least 4 different models of the Sears (Allstate) trailers have been discovered. The most popular model is affectionately known as the “Tag-a-Long” single wheel trailer. Sears also sold a less popular trailer with a wood box and a metal frame using what appears to be the same frame and wheel assembly. The frame, body and wheel assembly of the third trailer are completely different from the other two Sears models. The “Tag-a-Long” and the wood box trailers were sold as having a 1/4 ton hauling capacity and many other features.

The dates of manufacturing are fairly unclear and an exact date may never really be known, but I have heard of a late ’40’s frame and know they were sold through the ’60’s. There is also a bit of controversy that these trailers may have been manufactured by a company in Canada and sold by Sears and Dunbar Kapple. This is one of the most popular single wheel trailers

Note: I purchased my trailer with a Sears logo in the mid-1970’s from the Philadelphia Sear’s catalog center. At that time the suspension was changed to a twin leaf spring rather than the coil spring, and the trailer was manufactured by Ideal. So the trailers were sold until at least the mid-1970’s 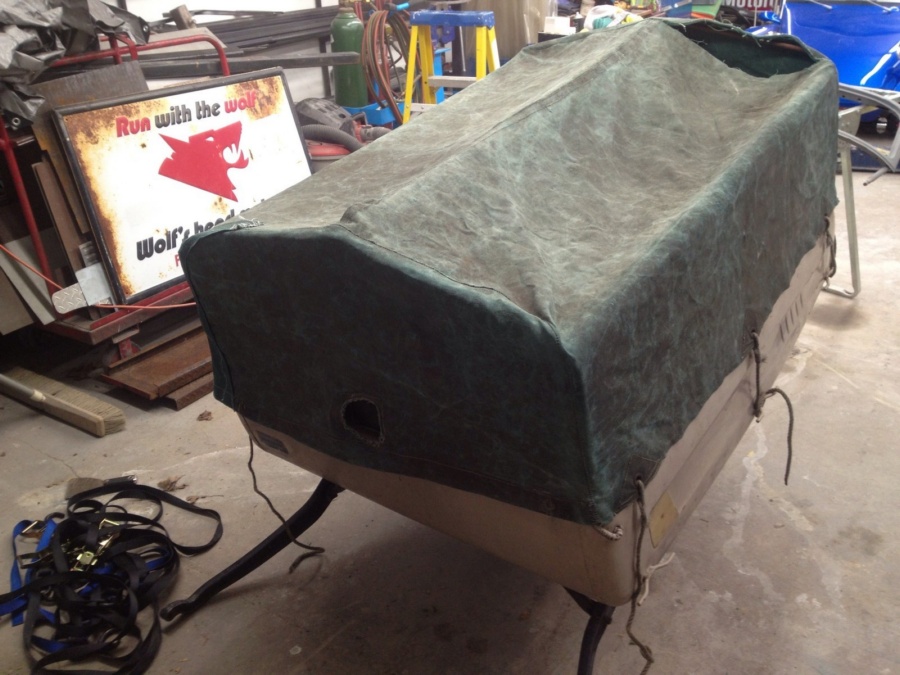 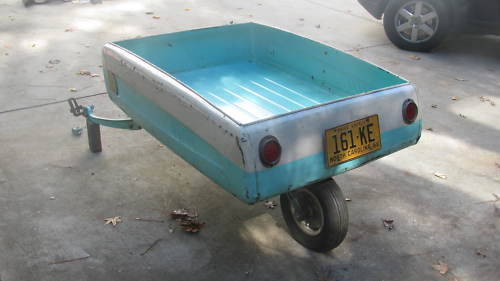