Heartland brought back the Terry after acquiring Fleetwood

Coley Brady, vice president of sales and marketing, told RVBUSINESS that in late 2009 Heartland acquired all the travel trailer trademarks and brands from Fleetwood Enterprise Inc. following the company’s Chapter 11 bankruptcy filing as a result of the recession.

“We already resurrected the Prowler and Wilderness travel trailer lines and now we are bringing out the Terry, which has really strong brand recognition with consumers,” Brady said.

The diminutive Terry Classic also taps into the industry’s “retro” trend that continues to gain ground with RV buyers.

“There’s no doubt that the ‘retro’ look and feel is an area that has really gained a lot of traction in the last 12-24 months,” Brady said. “We were also intrigued by the price point, the weight, and the fact that it is a single-axle trailer. Long-term, our goal is to do more with the single-axle products.”

Other key features include: frameless windows, LED lighting, solid-surface countertops with edge lighting, stainless steel appliances and an electric bed lift. Brady noted that the Terry Classic is also equipped with a durable Lexan windshield which is used “on NASCAR cars and John Deere tractors.”

We were sent the Terry Production Details directly from Heartland:

The first 6 are considered the prototype units, of which I own one. 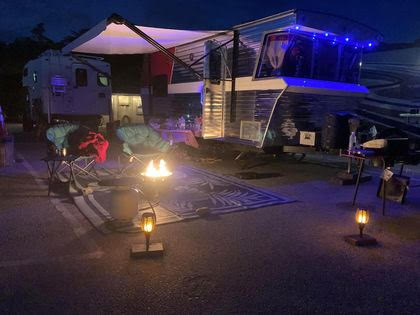 There are 6 distinctive “ Models” of the Terry Classic. See all of the terry models: 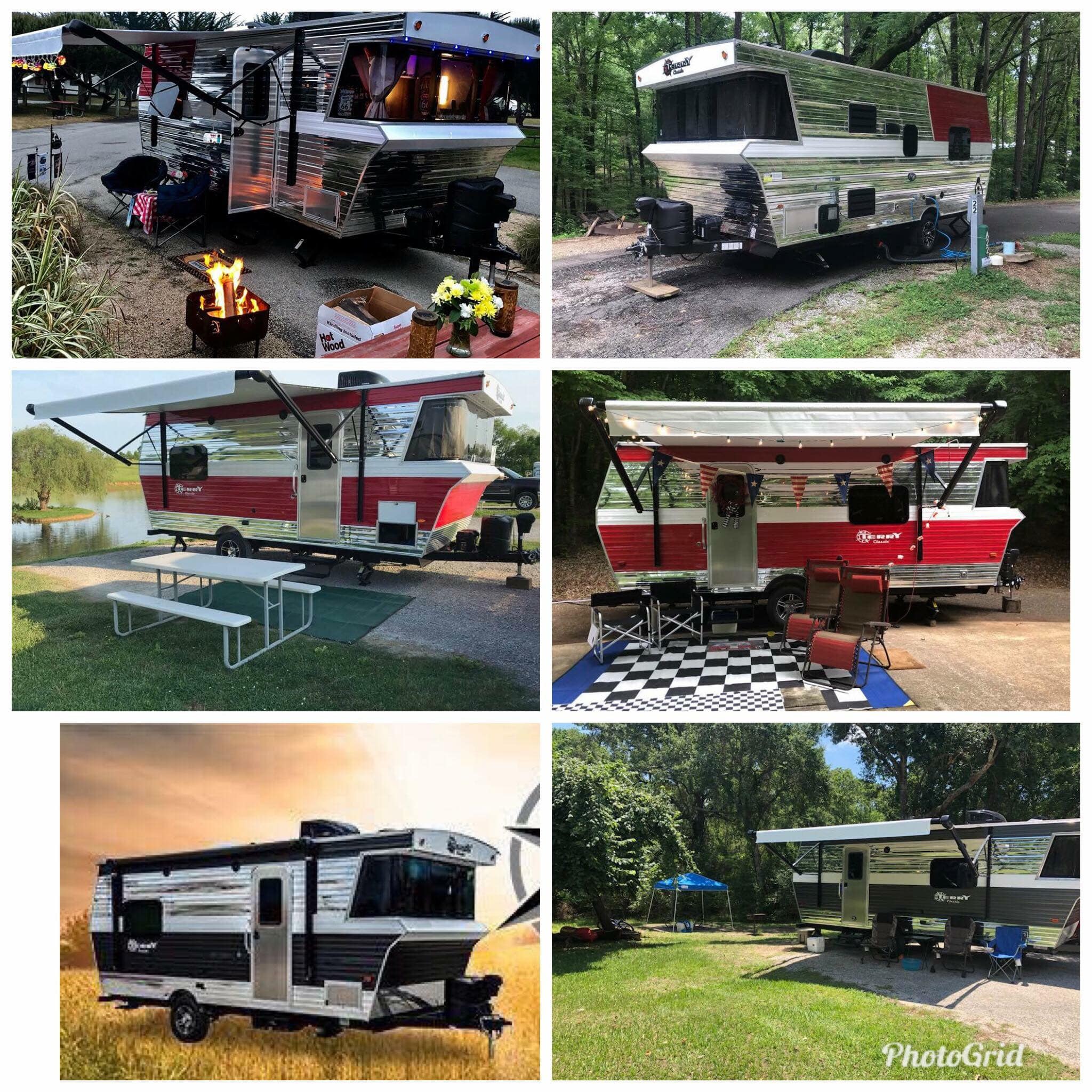 Then the second production run in mid 2018 they changed the exterior and added the V22. The V22 changed the floor plan to a more “open floor plan” and moved the kitchen to the front.

Of the 781 units made, we have found about 400 of them. Original sticker prices ranged from state to state – $18,000 to $24,000. Units in excellent condition are still re-selling for over $20,000 (another resold this month) as demand remains high but availability is scarce. 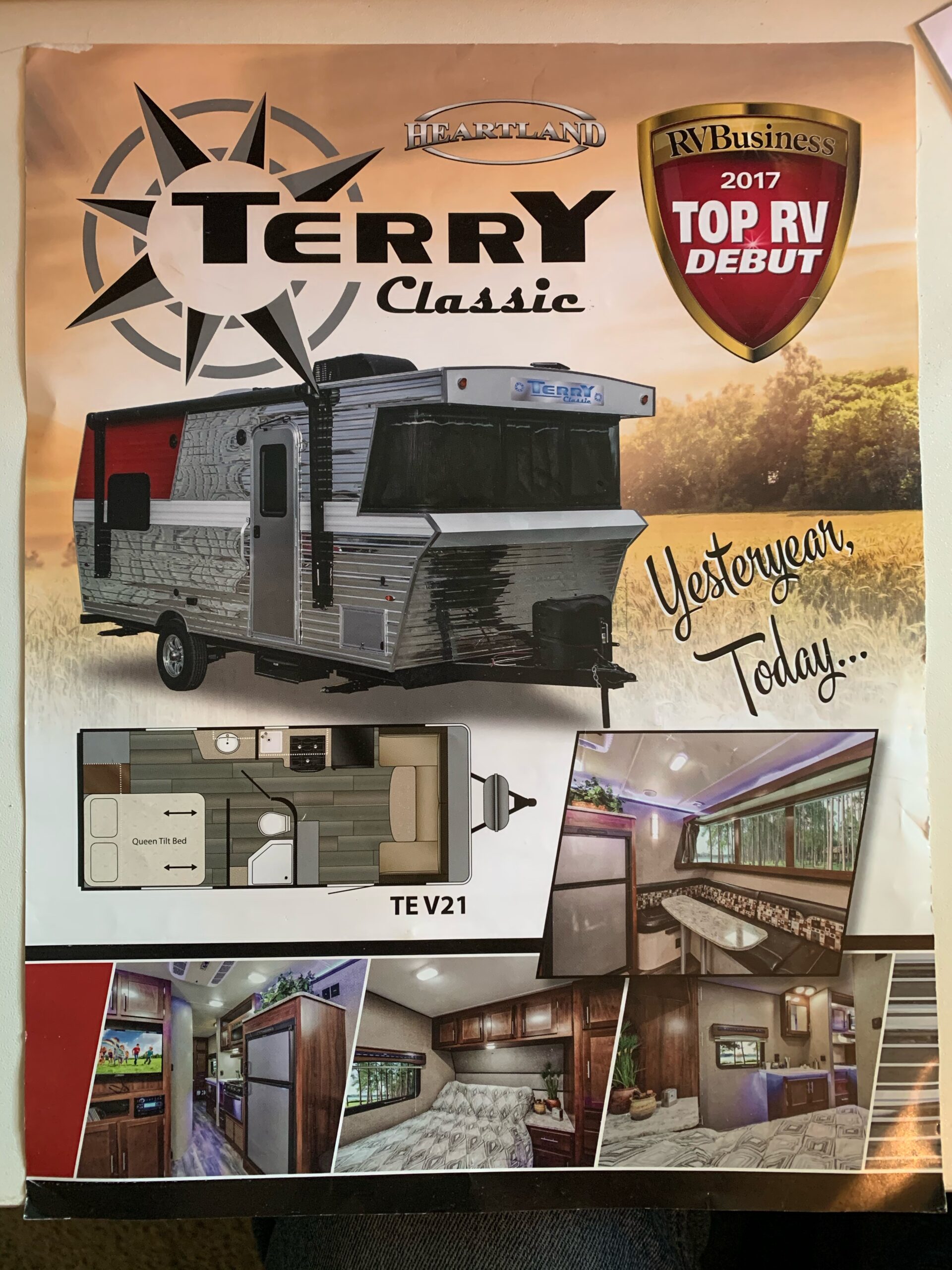 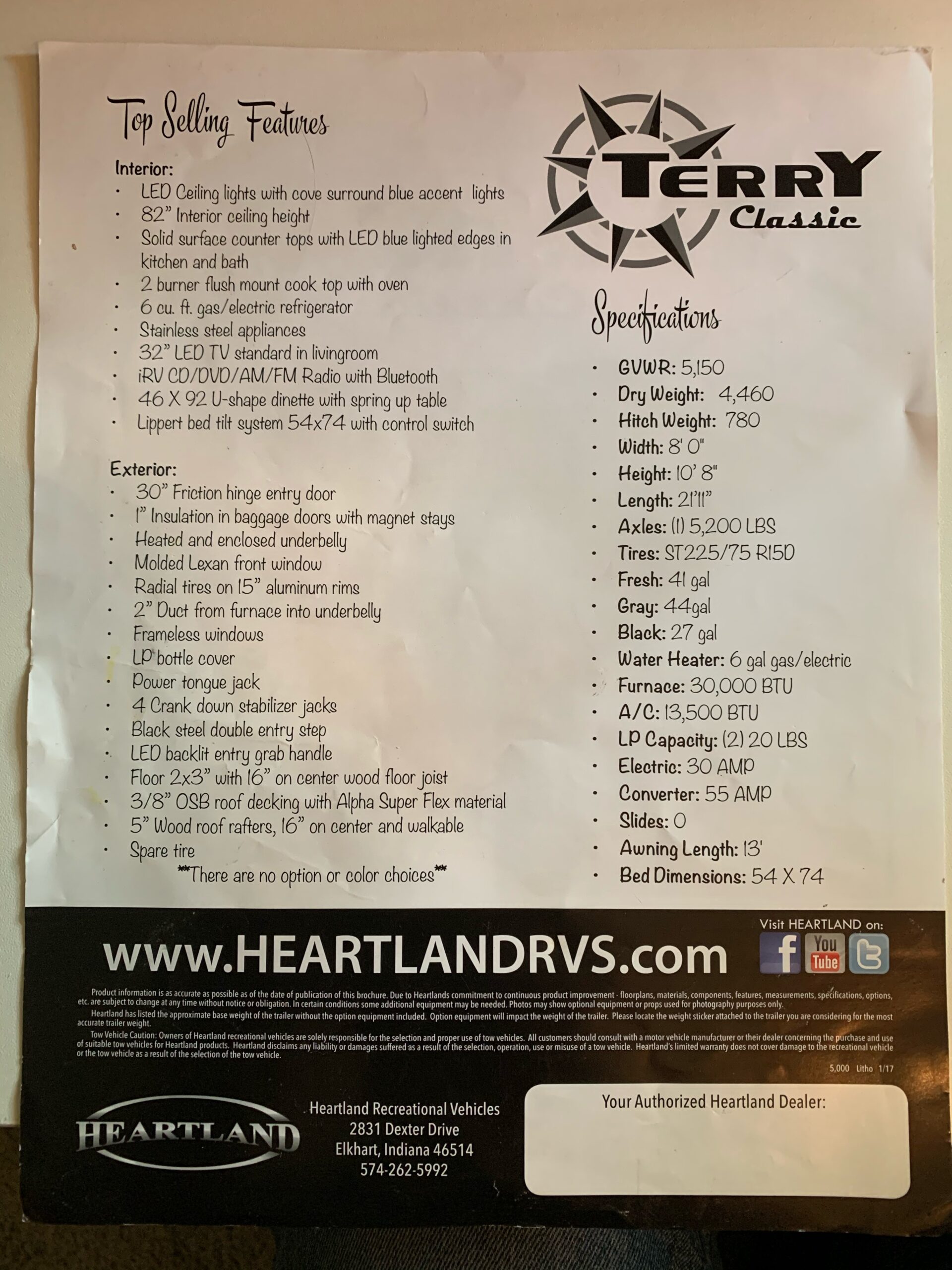