In western NY State, eleven long and narrow “finger lakes” sit side-by-side in a north-south direction.  For 325 million years, this area was part of a large inland sea.  Subsequently, through geological uplift, the sea drained south as great gaps appeared, eventually covered by glaciers that carved the drainage river beds deeper as they receded and filled with water.  One of the most beautiful, clearest, and deepest of the Finger Lakes is Seneca where the 9th Annual Tin Can Tourists North East Rally was held at Sampson State Park from September 15-18.

So, as rigs rolled in Thursday, it came as no surprise when a flock of pterodactyls was spotted overhead looking for a tasty meal.  Kids and dogs were kept in their trailers as these unusual creatures circled above the campground loop. 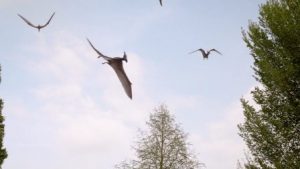 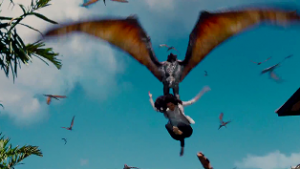 Ed and Miriam Moore met the Canners with a rally pack and a TCT-logo’d soft 6 pack cooler for beer or swill of your choice.  Most of the 53 spaces in Loop 2 were full by evening when members filed into the Hall for New Member Introduction /Initiation to TCT and a meal of pizza and the finest boxed wine of unknown vintage…perhaps days or weeks.  Induction actually occurred over two evenings with a total of 17 inductees.

The evening concluded with Hunt Jones’ presentation, “Got Gas?” 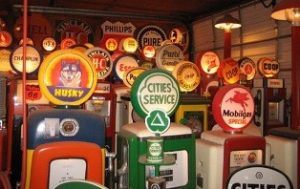 Friday brought a beautiful day and flea markets on individual sites festooned with  camping gear.   You can’t camp without Boontonware or saddle shoes!  These looked brand new. (I still have my black & whites from 1962).  A visit from Madam Butterfly! 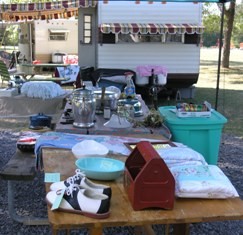 Many toured the 41 mile road from Watkins Glen leading to Geneva now populated with 40 or so wineries, brewpubs, and distilleries.  Well-lubricated members had a good start on Friday afternoon’s Happy Hour, held this year inside the Hall as the infield tent arrived late.  Hosted annually by the Coons, This year’s special beverage was John Peck’s “Margarita,” a highly questionable concoction the color but three times as thick as Kaopectate which had to be ladled, not poured. 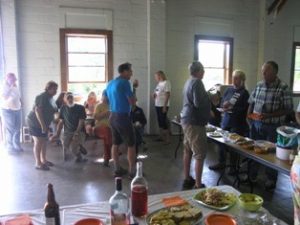 Wiser “suspected alcoholics” continued with wine, beer, and scotch, eschewing the benefits of whatever fruit, if any, was in the blend or its after-effects.  Popular to the last drop though.

Friday evening’s meal was the annual chili/mac & cheese contest with the tasting judges scoring from a large number of entries.  The winner of Best Chile was again Joe Gilroy, but the Best Mac & Cheese Winner had fled the building with the identification-numbered pot, and no amount of subsequent announcement requests could scare up the chef.  There was some kind of meat in it (all dogs were accounted for).  Friday night brought live music in the tent, and Night Lights won by Deborah Lake, her pic with award shirt in Flicker below.

Saturday’s pancake and sausage breakfast was again ably hosted by chefs Clayson who also provided doughnuts for Friday, Saturday and Sunday morning.  Open House from 11 am to 3 pm Saturday was highly successful with zero rain (had it in the previous two years).  Our rigs were augmented by several vintage rigs in Loop 1 (not registered for the rally), and a contingent of a local AACA chapter (Antique Automobile Club of America) which convoyed into Loop 2.  These and all our rigs plus more can be seen in J Hoenig’s Flicker Account below.  Ed Moore also made a video Loop 2 walk-around with narrative, link below, as posted on Youtube.  Saturday evening brought bbq’d chicken dinner, an enormous ½ bird for each person in addition to pot luck dishes and desserts…way, way  too much food.

The evening concluded with door prize drawings and presentation of “Best of Show” (Campers’ Choice) to John and Janet Wright’s ’48 Western Flyer with ’49 Ford dinghy. 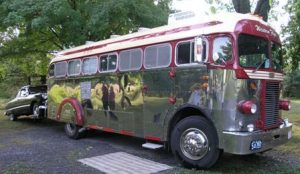 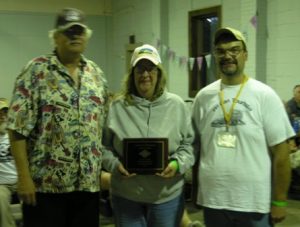 Door prizes included odd things, TCT shirts, and donations from Vintage Trailer Supply.  (Steve Hingtgen’s Vermont-based shop is a leader in offering us a large amount of much-needed and expertly produced reproduction items for our trailers.  Steve also included a $10 Gift certificate found in each rally pack.  Use it before the 10/31 expiration.  Thanks once again, Steve).  Many thanks to our volunteers who make this rally happen (Brenda Gill for rally packs, the Claysons for breakfasts and Jameses for maple syrup, John Peck for the band, Fletch for chicken, Hossfields for trash pick up, Miriam Moore and her volunteers for food contest, Jeff Hoenig for photos, and our Fearless Leader Ed Moore.

The TCT Store was open for three breakfasts and Saturday night’s dinner with night sales finally moving many of the (36) 2016 TCTNE shirts.  Note:  I have had many requests for zippered hoodies over the past 3-4 years so I will look into ordering a dozen for 2017.

Sunday was beautiful.  Doughnuts and juice/coffee finished off the rally with a good group of volunteers for Hall clean-up.  By noon, just the Joneses and Jameses were left in Loop 2 which we had to ourselves the rest of the day.  The expected weekend rain held off until Sunday night, and we motored out on dry roads by 7 am Monday.  No pterodactyls.