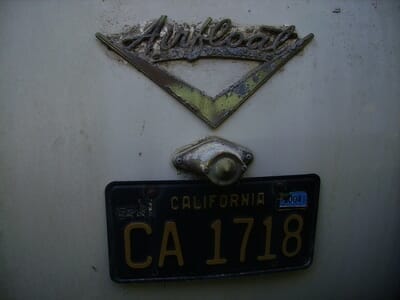 I believe the claim that Airfloat started in 1930 may not be correct and the noted single factory location at 1600 E. 7th St.  is definitely not correct.  The earliest Airfloat ads in the L.A. Times that I was able to find (see attached) were dated in June 1935.

The Airfloat factory address is 720 S. Lake St. in those June 1935 to April 1937 L.A. Times ads, but that address was a parking for a Switzer’s Ladies’ Apparel Shop on 1930 and 1931 and was something else altogether by November 1938.  Unless other evidence exists, I suspect that Airfloat likely began in 1934 or early 1935 and it seems that starting in mid-April 1937 Airfloats were sold by dealers, not at the factory lot and that by late 1938 the Airfloat factory likely had moved from 720 S. Lake Street to a currently unknown other location (possibly 1600 E Seventh St., but so far unconfirmed). 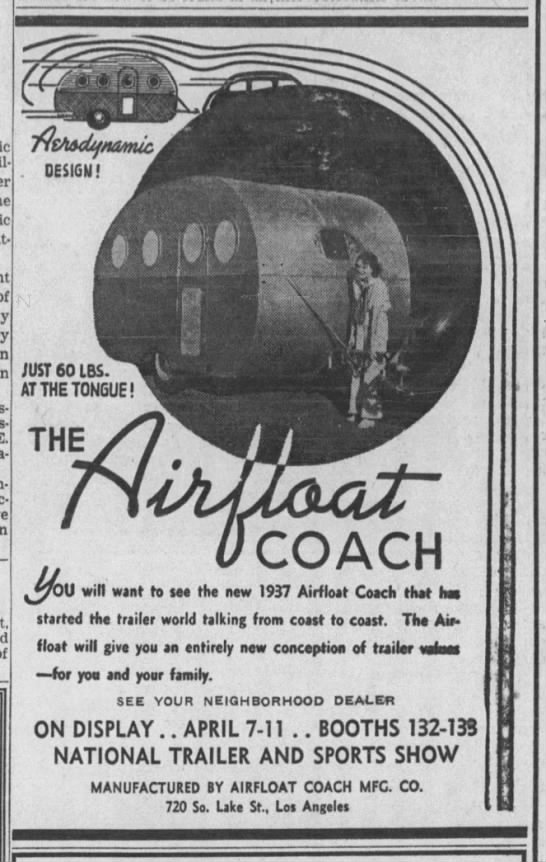 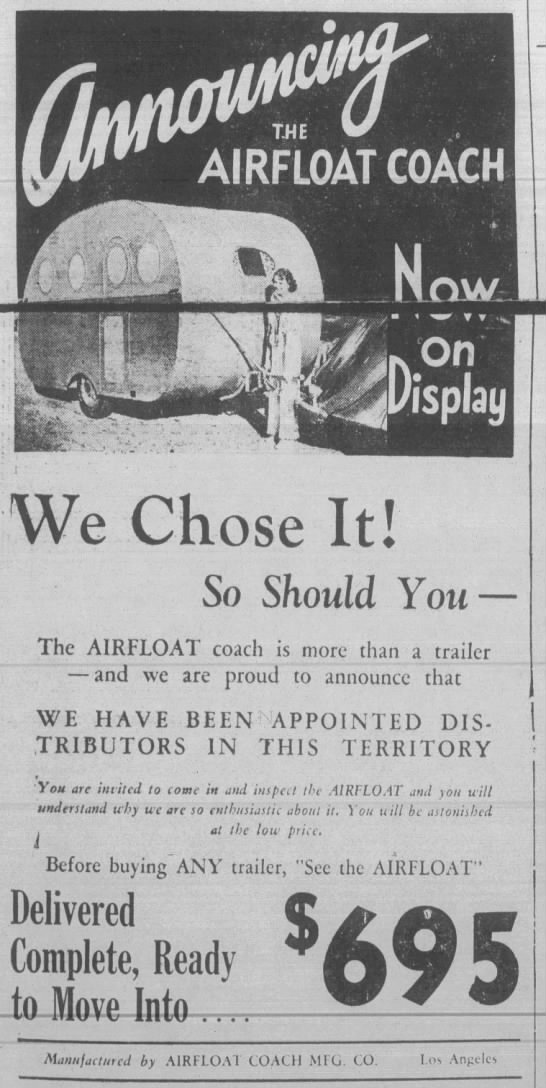 There was an Airfloat displayed at the April 1936 (3rd annual) Outing Show at the Automobile Club of Southern California, which is sometimes mis-identified as simply the 1936 LA Trailer show, but in reality was the Outing Show that was about all types of outdoor activities.  There is too little information available to know if an Airfloat was displayed at the 1934 or 1935 LA Outing shows (maybe yes, maybe no).  At the 1936 Outing Show, an Airfloat was displayed right next to the first Airstream Clipper (that had been completed in January 1936).

I have not studied Airfloat in the 1940s and 1950s other than to accidentally discover that there were Airfloats delivered to the FSA Camp at San Diego along with Airstreams in or after April 1941 while doing Airstream research.  The photos of Airfloats in this camp were taken in May 1941″ 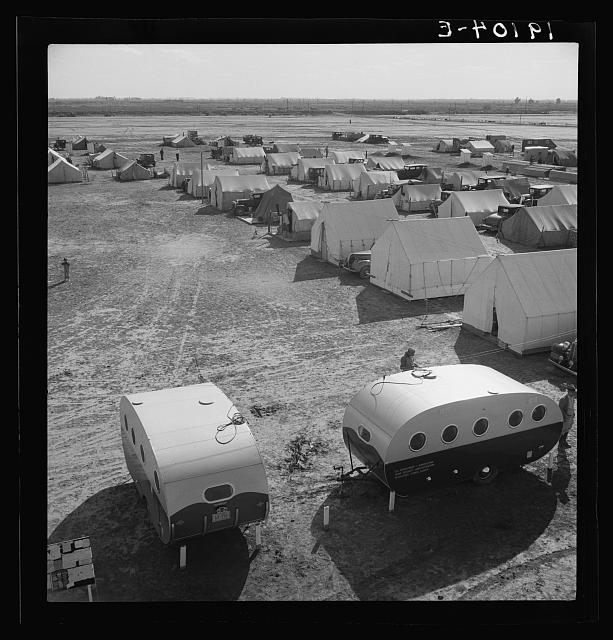 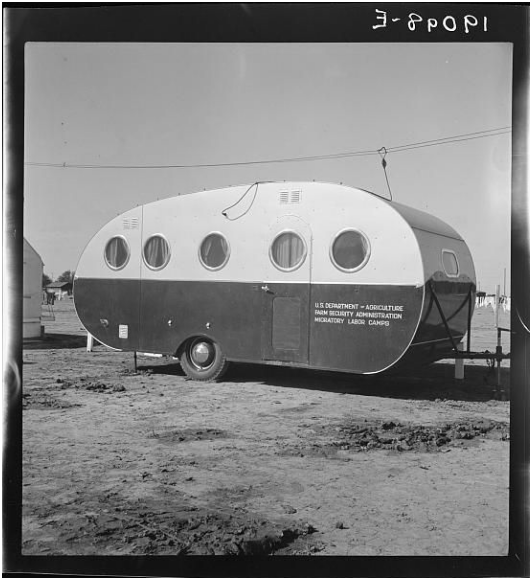 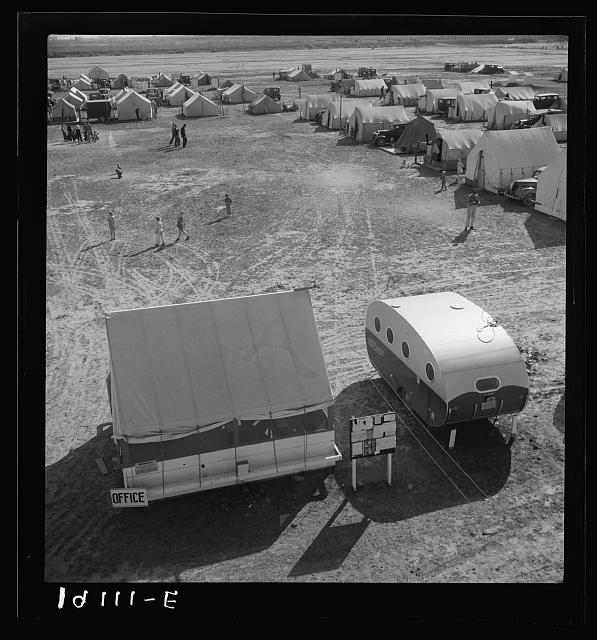 Omar Suttles put the Airfloat travel-trailer into production in Los Angeles in the 1930’s. His port-hole window Airfloat Trailer Coach is one of the oldest names in the history of American trailer coach manufacturing. Airfloat built trailers at its 1600 East Seventh St. location in downtown Los Angeles. In 1942 Airfloat began offering a 24 ft. model called the Commodore 3rd Wheel which was fitted with a front wheel. This ingenious device, invented by Suttles himself and marketed by Atwood Manufacturing, consisted of one or two wheels attached to the underside of the tongue and coupler which greatly reduced the tongue weight on the tow vehicle. They are also called “dolly” and “Slimp” wheels. Third wheels became standard equipment on all Airfloats from about 1947, continuing though 1955, except on their smallest model introduced in 1951, the Skipper.

Also, from 1947 on, the company switched from using Masonite to aluminum for the exterior skin, with corrugated panels above and below flat areas that ran along the windows. In addition, 1947 was the first year that the yacht-style, “double-door” system to separate the rear bedroom from the rest of the coach was introduced. There are no bedroom doors, per se, however when rearward closet doors on both the street side and curb side are opened at the same time they come together in the center of the coach to magically become the bedroom doors. Airfloat coach was one of the most expensive post-war trailer coaches available. 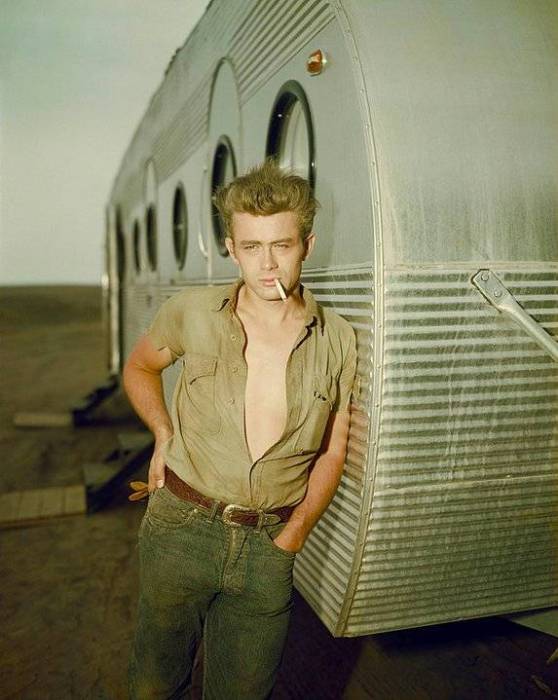 It was actually an Airfloat coach that was the inspiration for the original book “The Long, Long, Trailer” by Clinton “Buddy” Twiss. In 1949 Mr. and Mrs Twiss purchased a 28 ft. Landyacht for their Great Adventure. However, a 1953 Redman New Moon 32′ was used in the 1954 film of the same name, starring Lucille Ball and Desi Arnaz.

Airfloat Coach Company’s 25th Anniversary came in 1955 and to mark this momentous occasion Airfloat began anodizing the exterior aluminum of some trailers in a gold color. By 1957 all Airfloats were gold anodized. In addition, in an apparent effort to provide more light and air, and because the port-hole windows never opened, the company added more and more square windows which opened for ventilation.

In 1956 Suttles retired and Airfloat produced its last trailer in 1957.

Omar Suttles was inducted into the Rv/MH Hall of Fame in 1974. He was one of the founders of the TCA – Trailer Coach Association, a predecessor of the RVIA – Recreational Vehicle Industry Association

From 1943 through 1945 Airfloat only built coaches for the war effort in the breadloaf style. 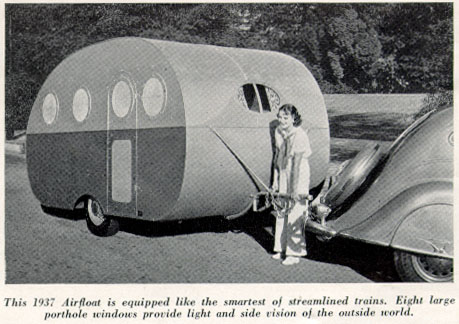 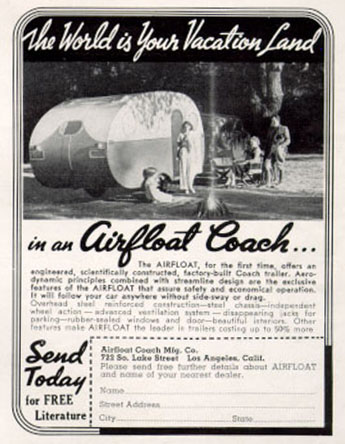 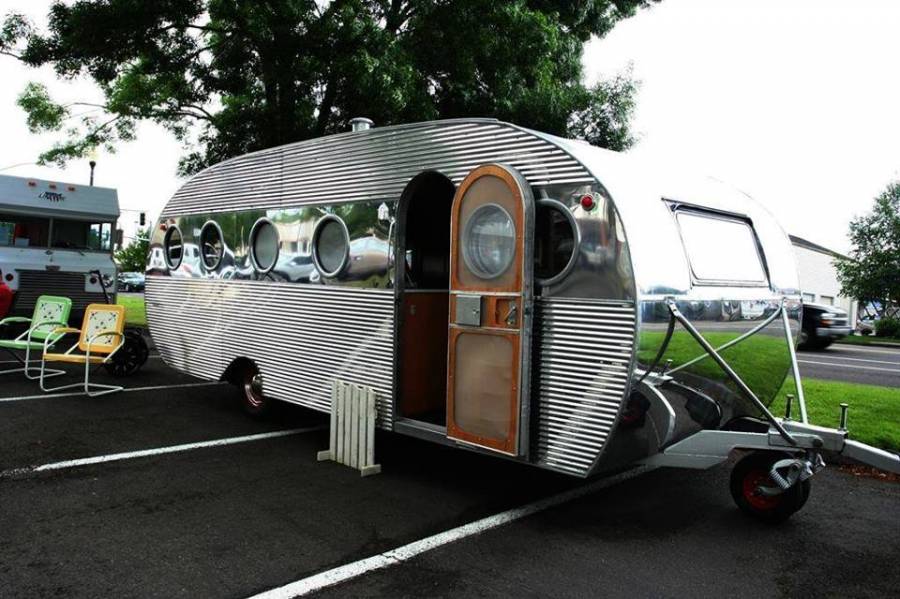 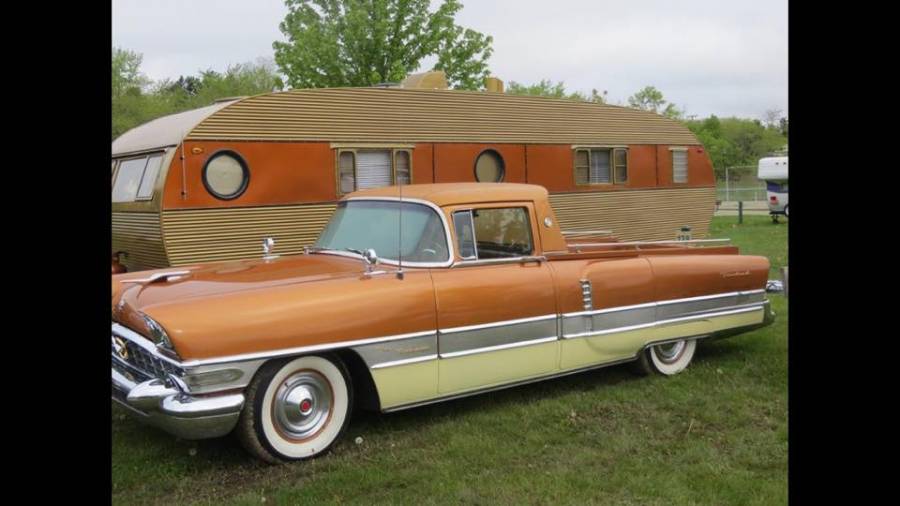 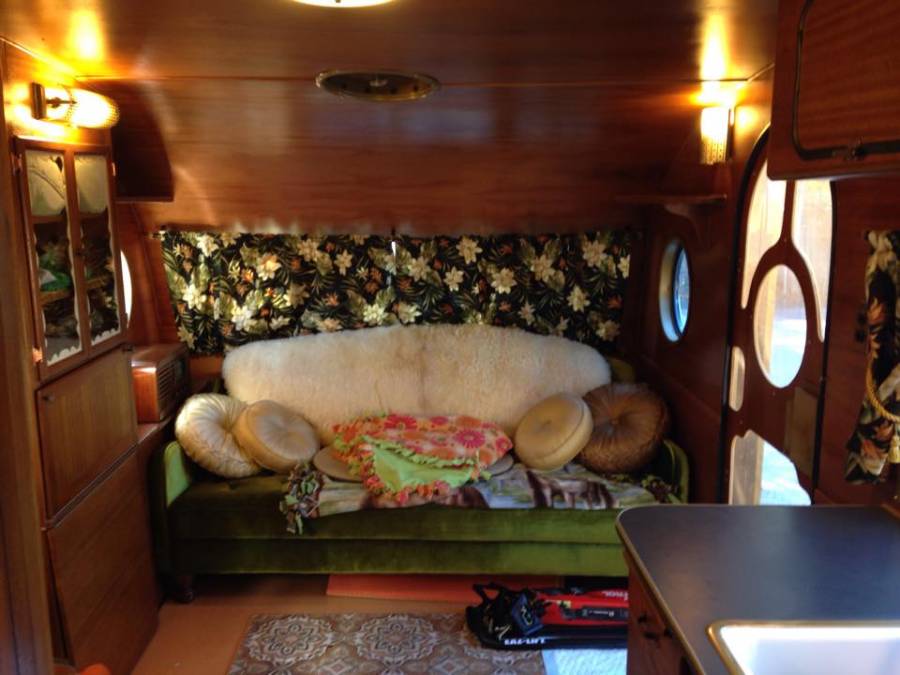 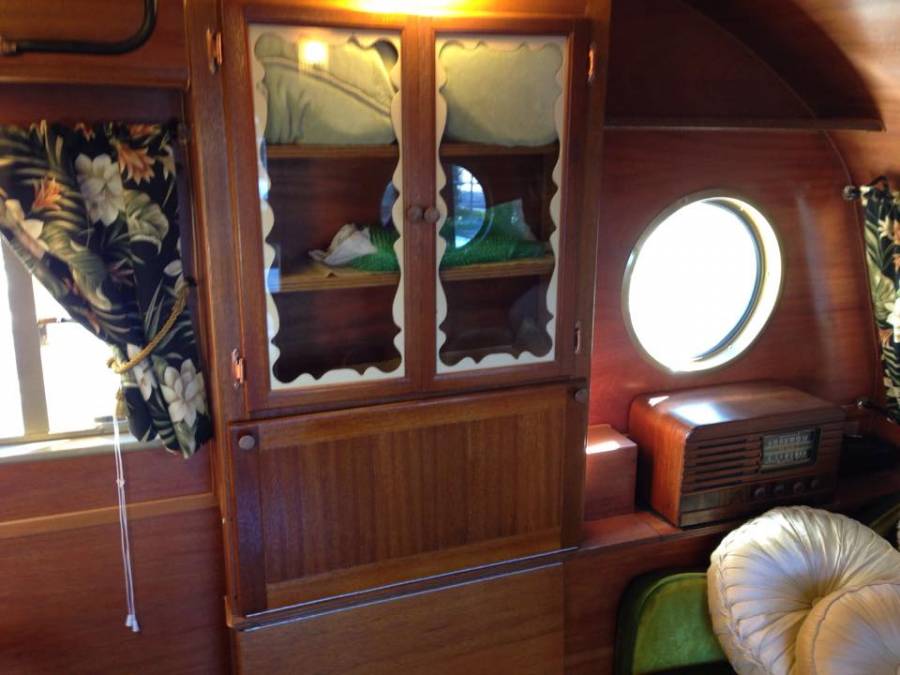 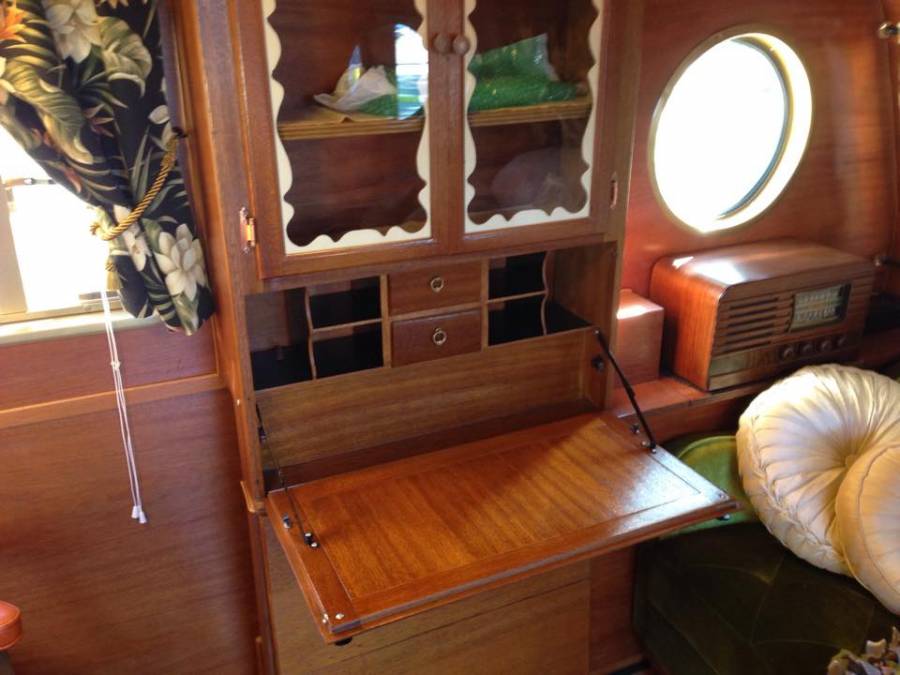 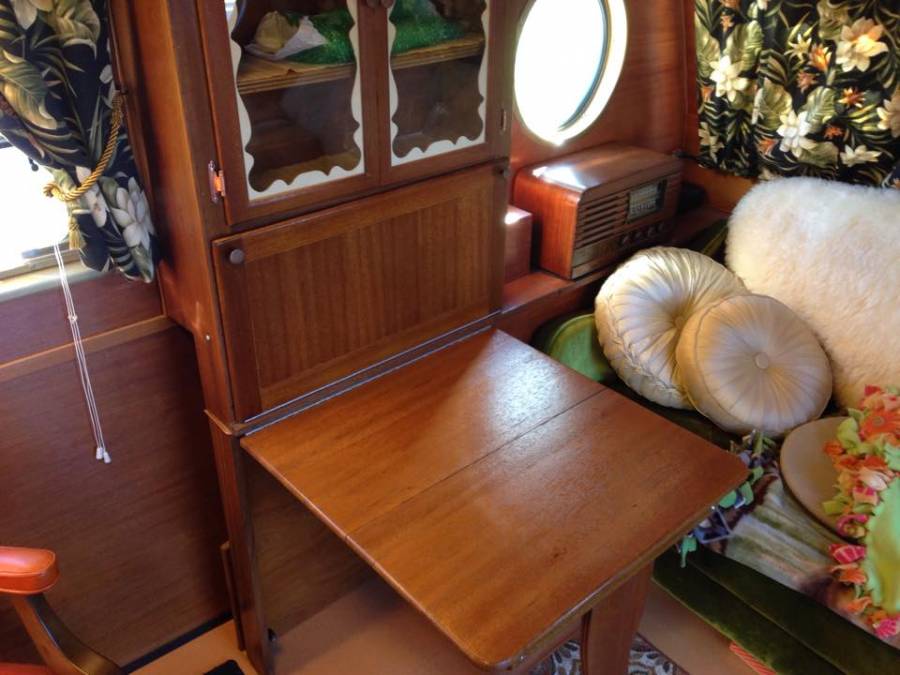 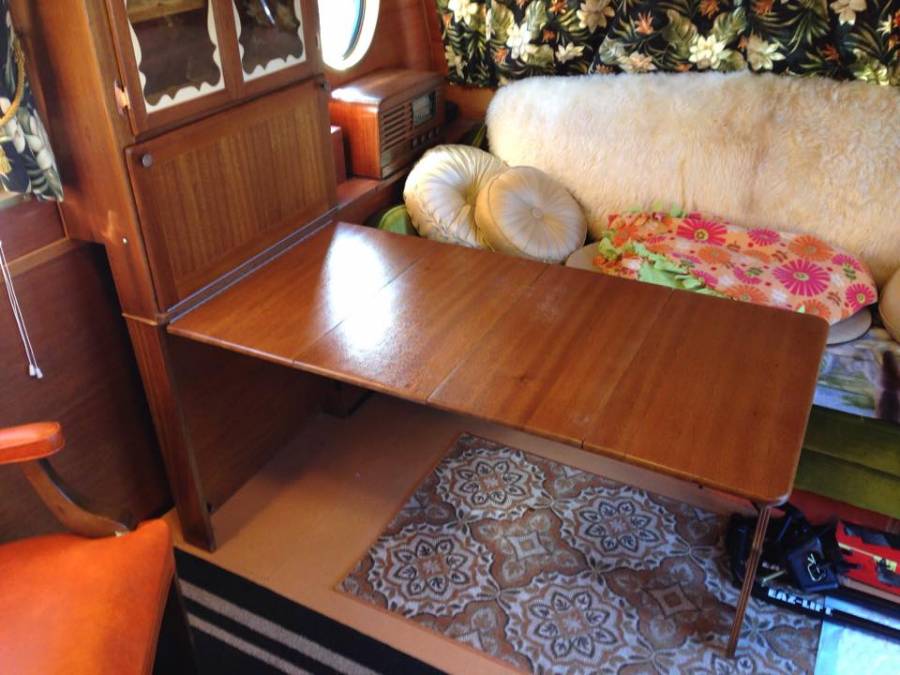 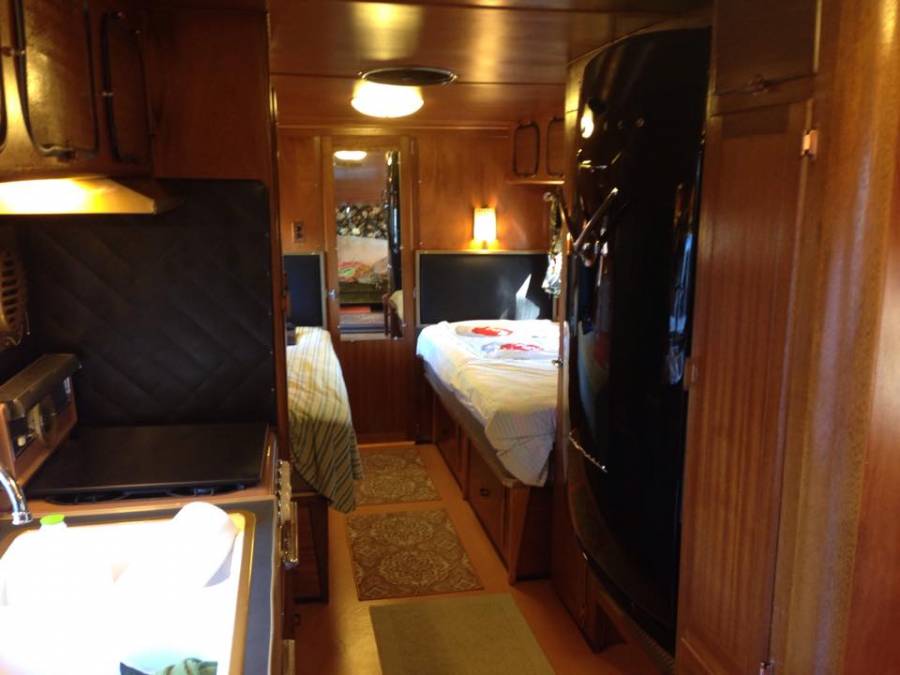 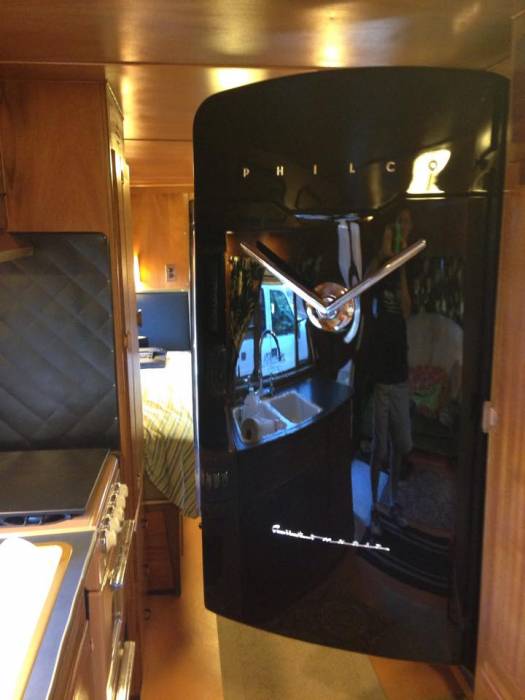 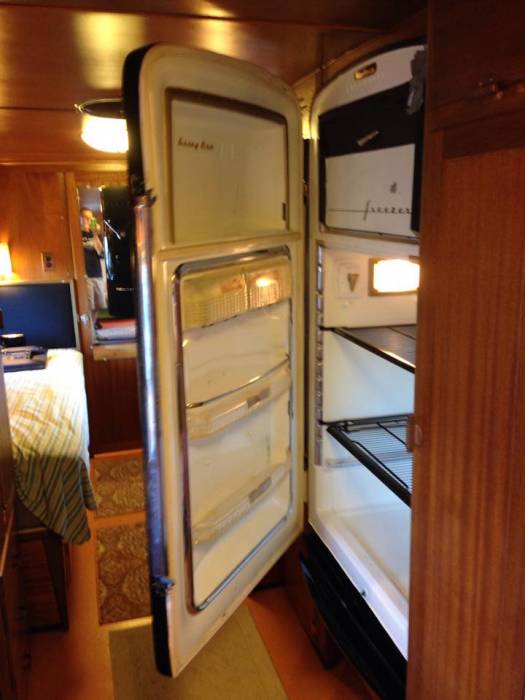 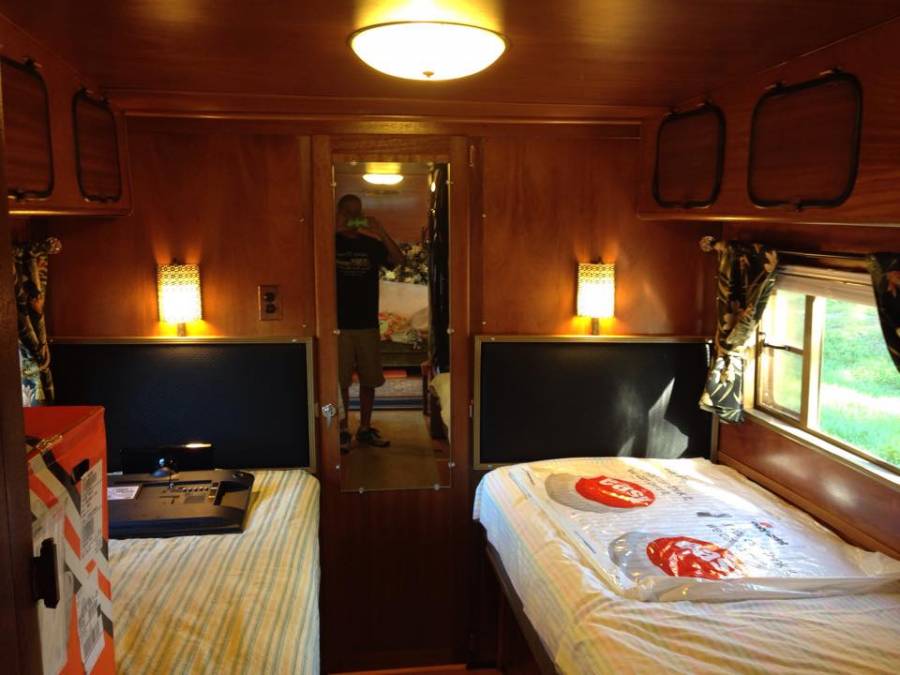 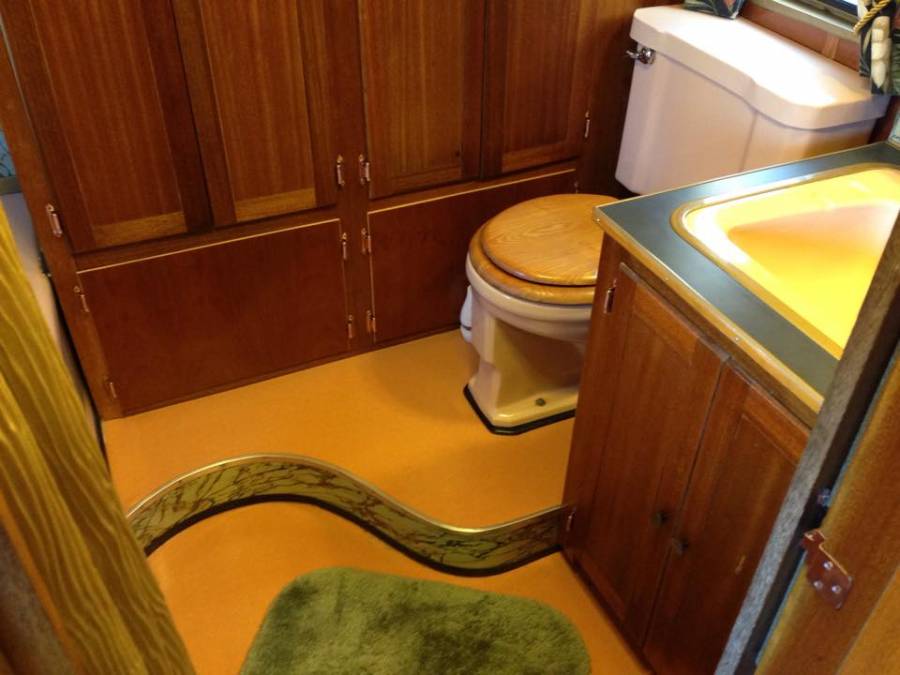 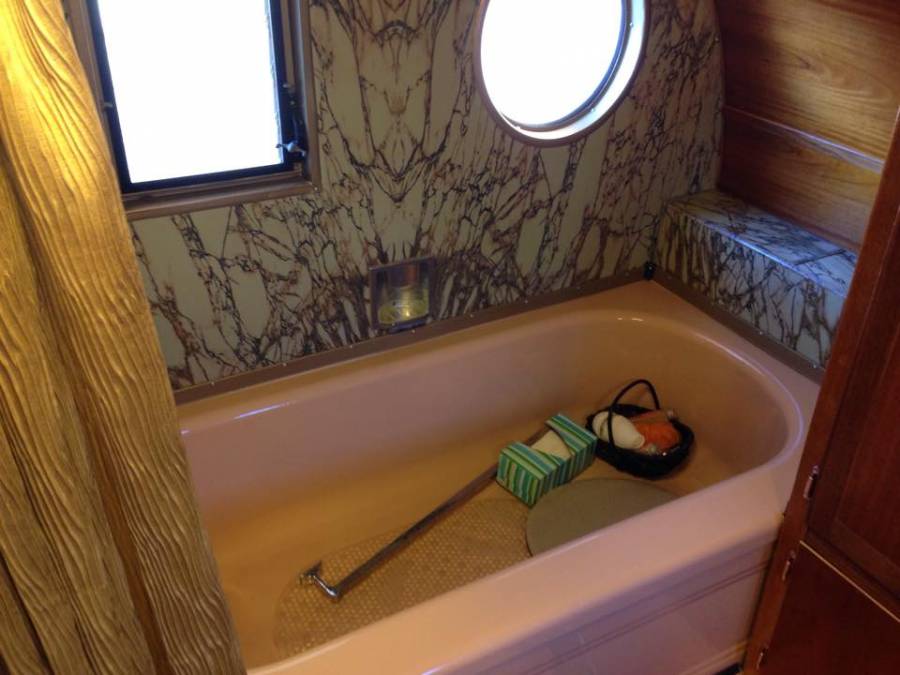 Be a high roller: Step inside Airfloat’s “Flagship” model and into Las Vegas circa 1957. In it’s day, this enormous trailer was the pinnacle of elegance and amenities in travel trailers in the 1950’s. Sit back and listen to the Rat Pack on an original phonograph.