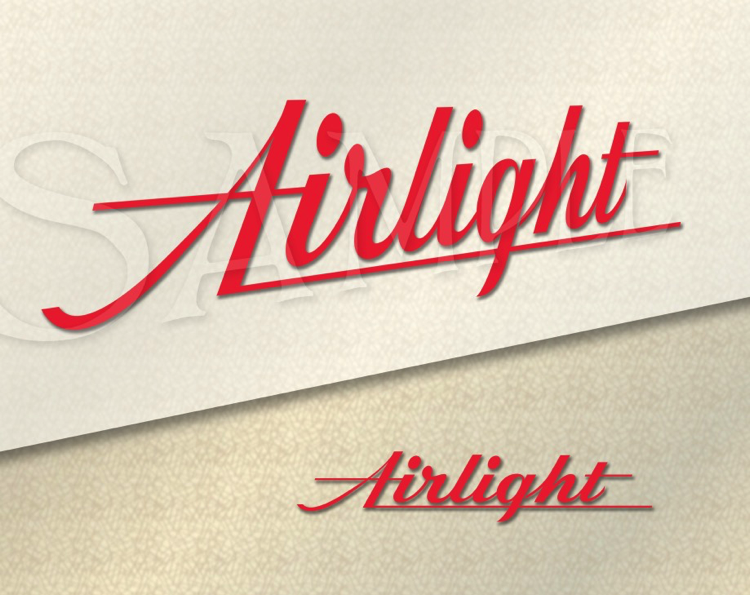 Airlight manufactured a few small aluminum airframe trailers (12+ ft. body) in 1955; in the following year they morphed into El Rey Trailer Co., manufacturing bigger aluminum trailers. Only five of the little Airlights are known to exist at this writing (3/11) Four that I know of with the door in the highly desirable rear entry position – mine, another in Sonoma County, one in Texas, and one in Fresno. The 15′ Airlight with a side door was for sale in Eastern Oregon, and is reportedly in the eastern United States. It was in excellent original condition. Another Airlight that had been cut in half below the window line was photographed in traffic being used as a trash hauler.

Having her door in the desirable rear-entry position provides a spacious feel to the interior. Now trailer is reconfigured without the difficult and uncomfortable small side dinette in favor of two twin beds, much easier to navigate trailer with two occupants, dinette was superfluous and, as it was over the wheel well, uncomfortable to sit at. 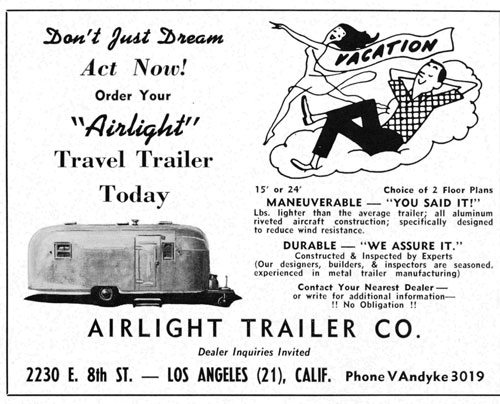 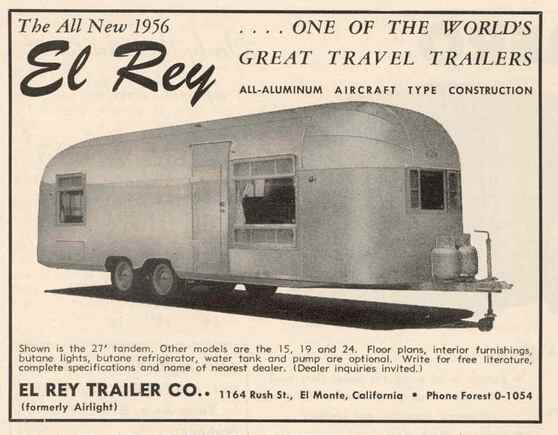 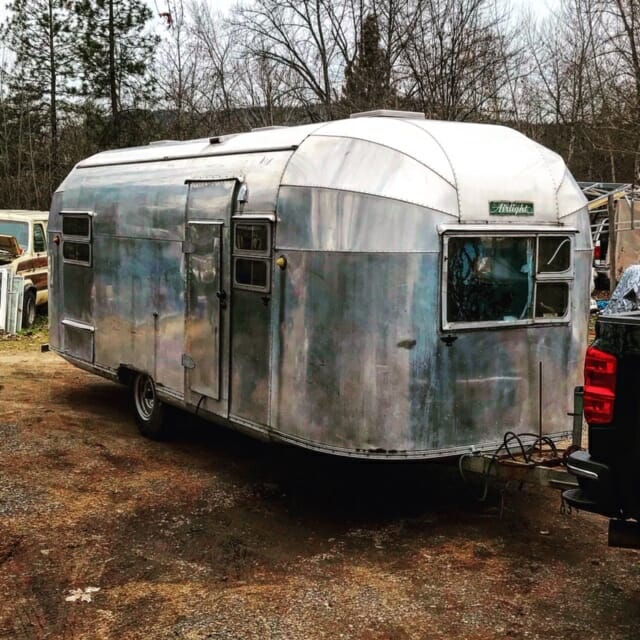 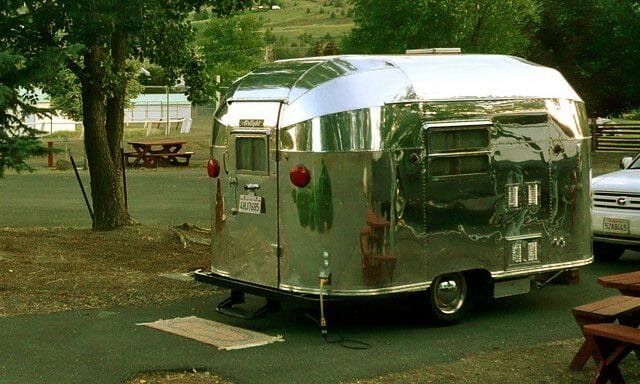 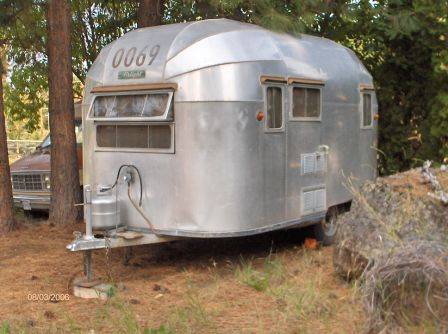 Airlight just rescued from the boondocks by Chris and Trina Chapman, Oregon City OR