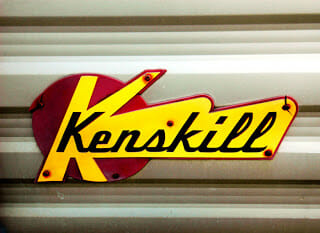 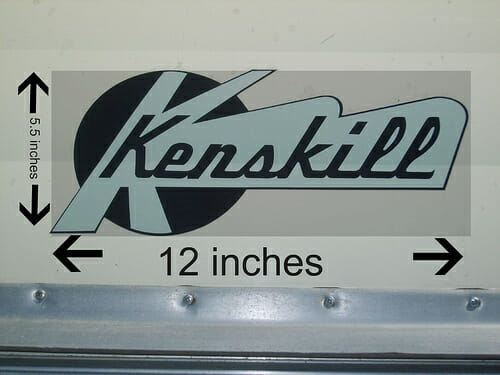 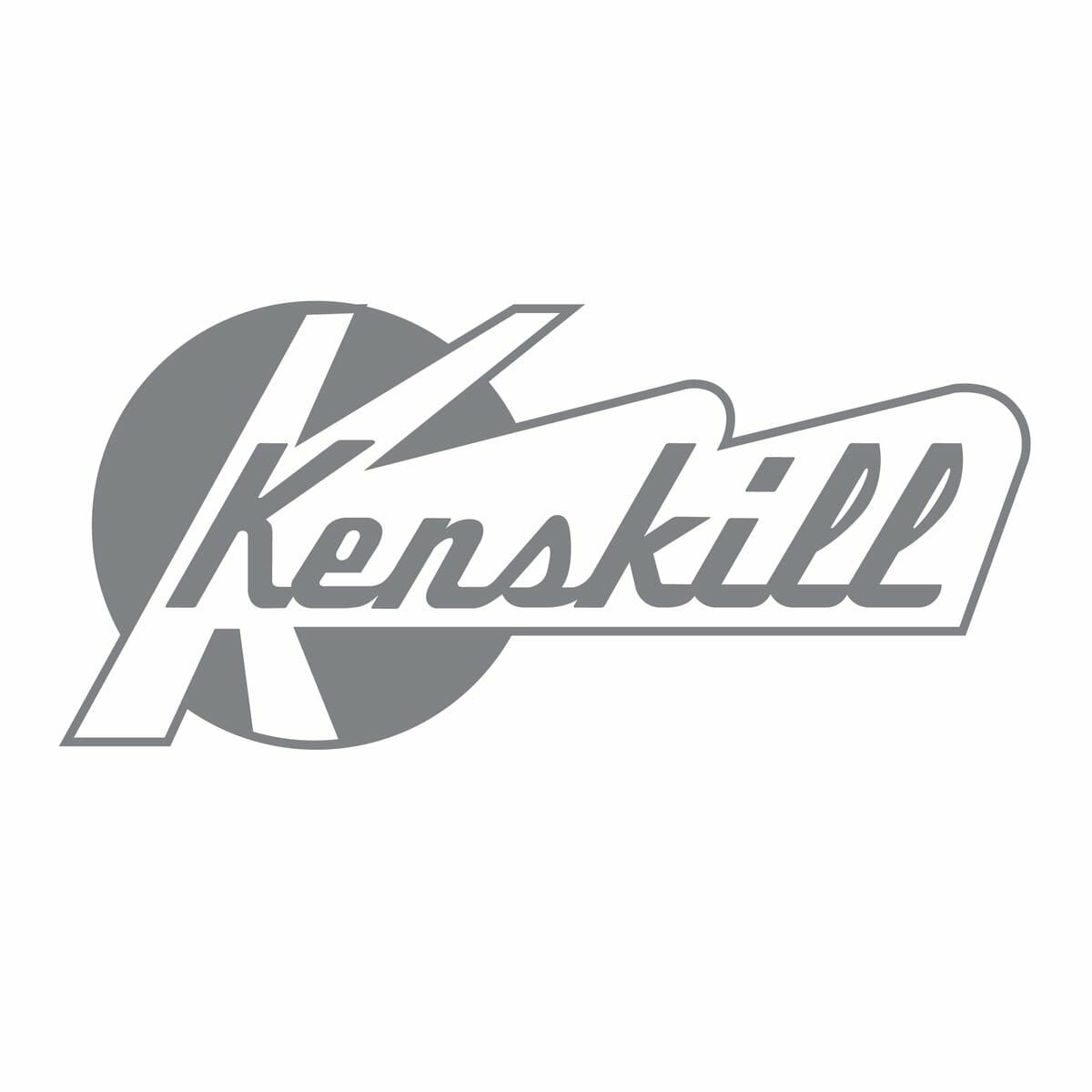 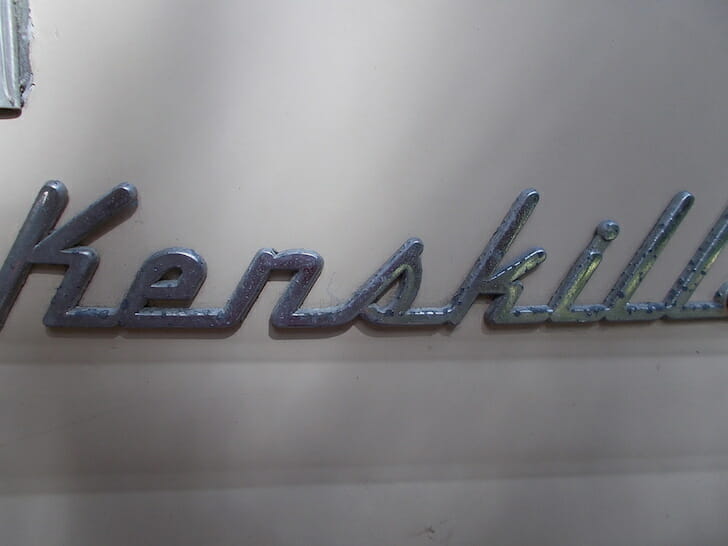 The origin of this company was back in 1946 in Burbank, California with ‘KenSkill Kustom Kamper’. Bill Kennedy made about 200 ‘teardrop’ trailers by hand during the Summers of 1946 and 1947…… This ‘modern teardrop trailer’ design is the footprint for almost every modern 10 ft. teardrop manufactured today!….. These teardrop trailers were sold in 1946 – 1947 – 1948 and then the company closed doors. Jim Brunskill was the ‘money man’ and went on to form a second company – ‘Kenskill Trailers’…… It is interesting to note that ‘KenSkill’ is a combination of the names of these two men……. It is also interesting that while Jim Brunskill went on to be inducted into the RV Heritage Museum ‘Hall of Fame’……… Bill Kennedy became another forgotten footnote in the vintage history books!

Kenskill trailers were manufactured from 1946 to some time in the late 60’s or early 70’s. The earliest picture I have seen is a 9ft 1948 trailer made to stand up in. For some time period, Kenskill also made teardrop trailers. The logo on the teardrop is different from the stand-up trailers but is identical to that on the company buildings. Magazine ads from the mid 50’s on do not include anything on teardrop trailers.
In 1946 Kenskill made 18 trailers, by 1959 Kenskill celebrated 15,000 trailers.

In 1965 Kenskill was sold to Redman Industries. Brunskill & Weiss went on to form Executive Industries which made motorhomes.

Originally located at 126 W. Alameda, Burbank, CA, Kenskill Corp moved to 11321 Goss Street, Sun Valley, Califorina.
Kenskill. formed in 1955, had one of the larger “clubs” after Wally Byam’s Airstream clubs. Kenskill Caravans had many members and they traveled to sites throughout the Western US. At one time there were over 200 member with 90% being Kenskill owners. Other brands were allowed at the start of the club. Club members had a habit of wearing the same kind of clothes during a caravan, some were on the ugly side of things. Remember this was the era of his and her bowling shirts.

The oldest model pictured is a 1948 nine foot model but they also made teardrop trailers for a few years. Some of the teardrops have been restored and are still being used.
Going by restored models, the most popular teardrop (maybe the only model) was the Kenskill Kamper.
By 1955 Kenskill was making 17-19-22 and 27 foot models. In 1956 some models also included an optional version called The Toilet, apparently indoor facilities were added to these models. The standard model was advertised as sleeping 5-6 but The Toilet model slept only 3.
In 1960 the “X” model was introduced to add sleeping space; it was called the “duplex” in later years. (See picture section).

According to some restoration professionals, Kenskills were among the best built of trailers from the Canned Ham era

Although not as famous at the trailer used by Lucy & Desi, there was a Kenskill featured in an “early nuclear attack” Movie, Panic In The Year Zero, directed by and starring Ray Milland. It was initially released as “End Of The World” but is still available on Amazon as “Panic In The Year Zero.” Not a super movie but it does have an edge that most atomic exploitation movies did not. 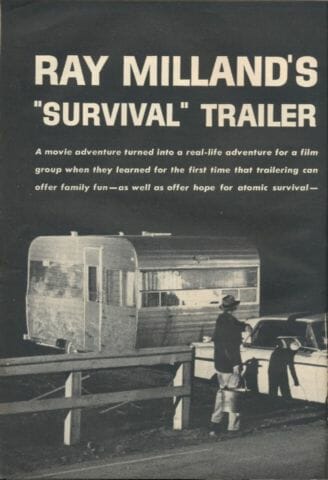 A Kenskill is also featured in another movie “This Woman Is Dangerous “ 1952, Joan Crawford, Dennis Morgan & David Brian (Warner Bros) Wikipedia article http://en.wikipedia.org/wiki/This_Woman_Is_Dangerous
The Kenskill is prominent in film goofs listed at http://www.imdb.com/title/tt0045232/goofs 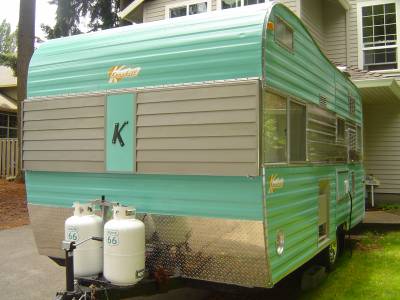 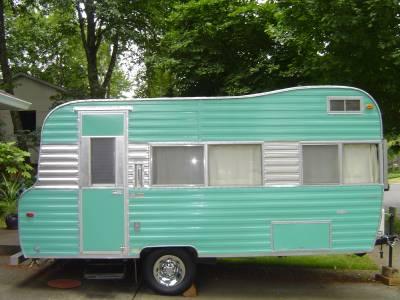 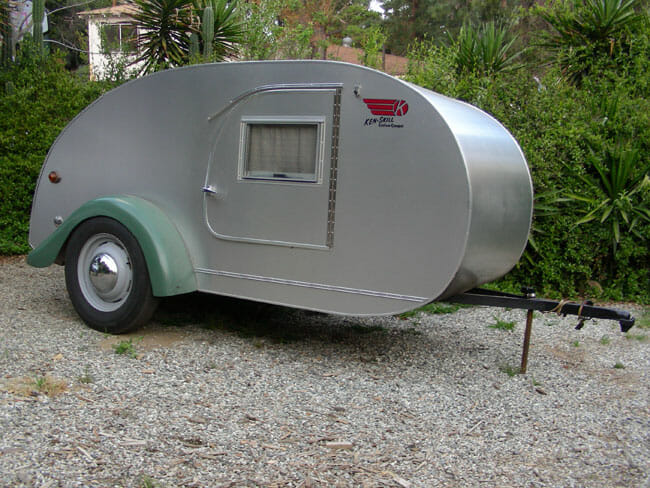 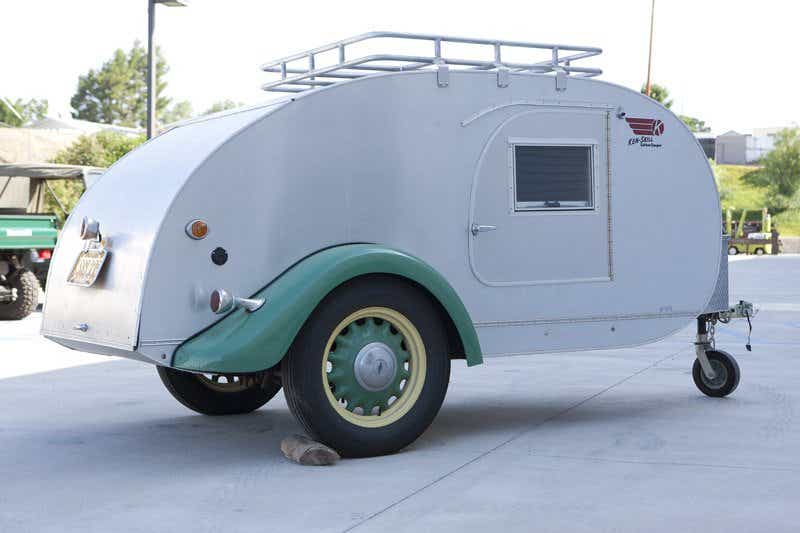 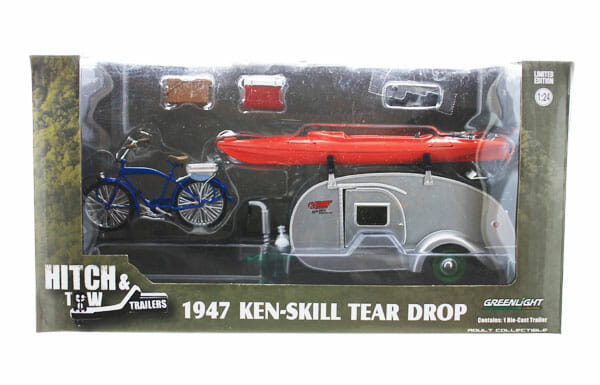 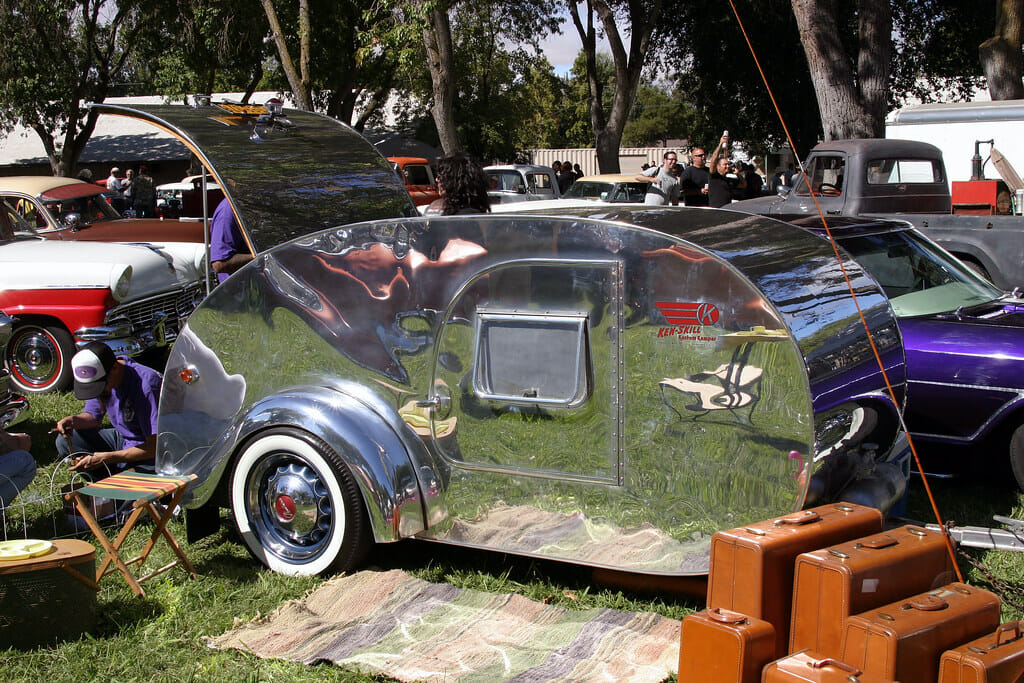 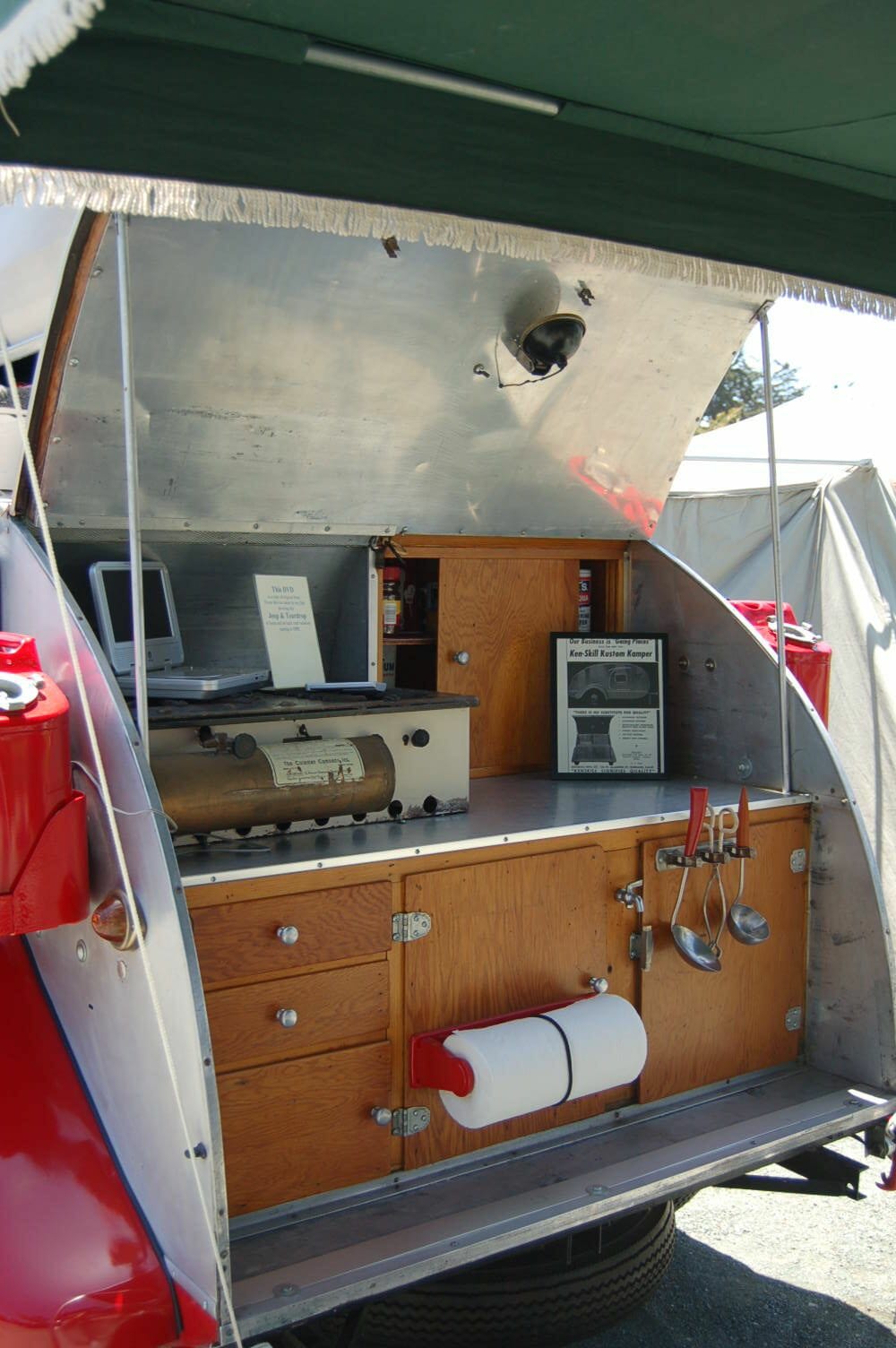 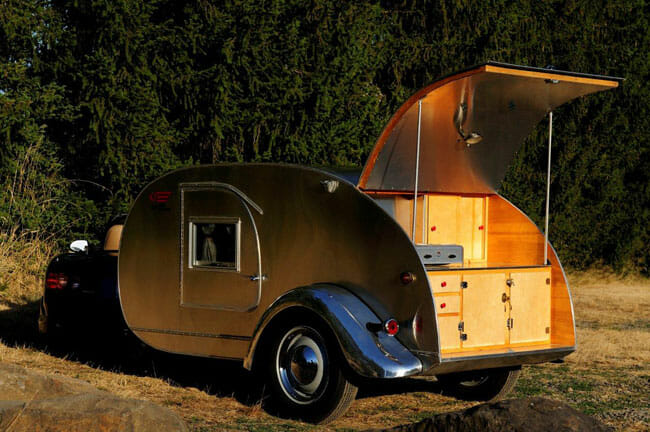 Keith Tucker
1950 Kenskill 10 1/2 ft
Sport Rover Model 9
Carson, CA
(Keith, can you contact Dennis above? I would like to see your trailer)

Garrett and Abigail Davis 1965 Kenskill 23 Knoxville, TN Abrodrick95@gmail.com Would love to connect with some other owners! Send me an email!