The Schiebout’s first built trailers in 1941. Schiebout Manufacturing Co. was started in Grand Rapids, MI. in 1947. In 1966 they incorporated, to become Gem Industries Inc. At one time the number one selling travel trailer in MI., as well as one of the most popular travel trailers in the U.S. 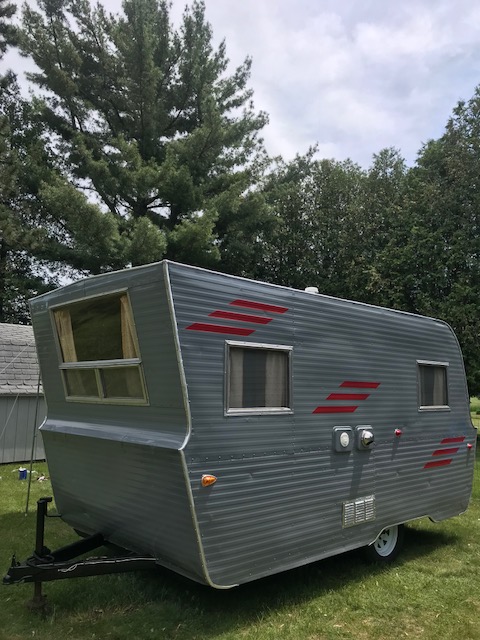 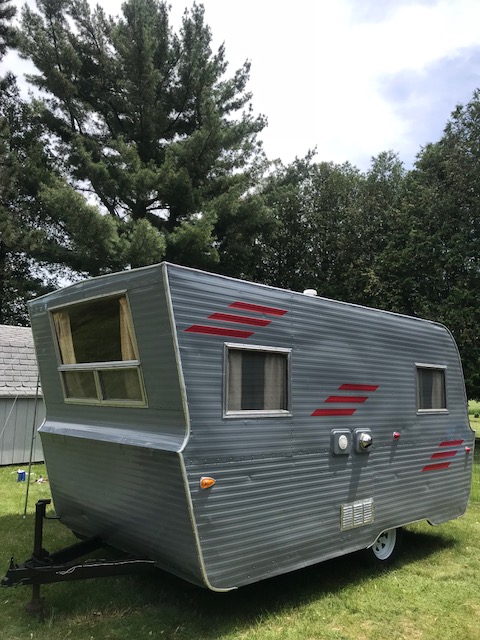 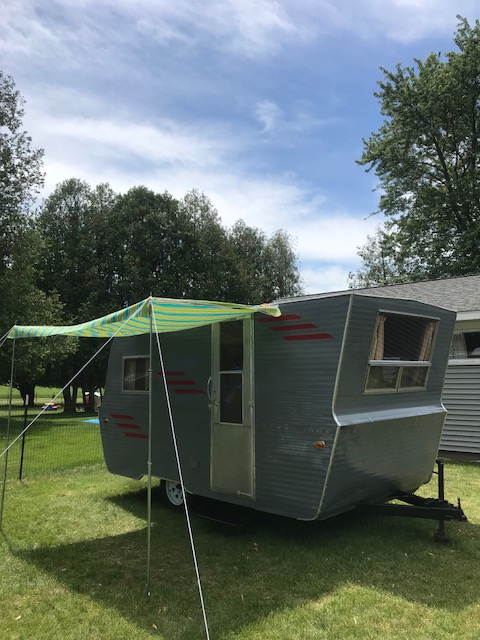 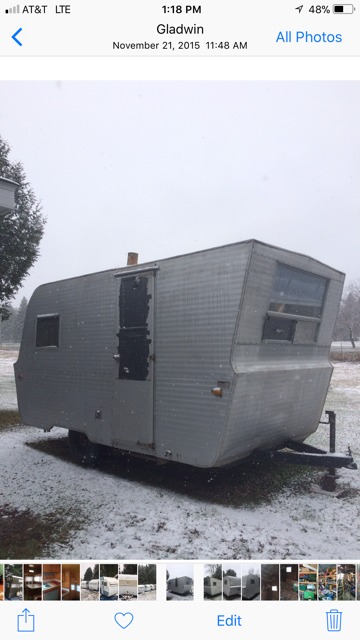 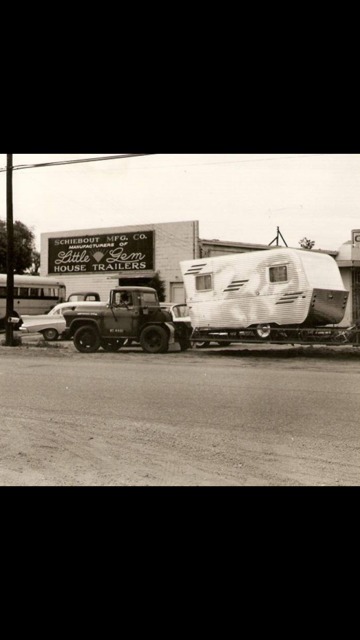 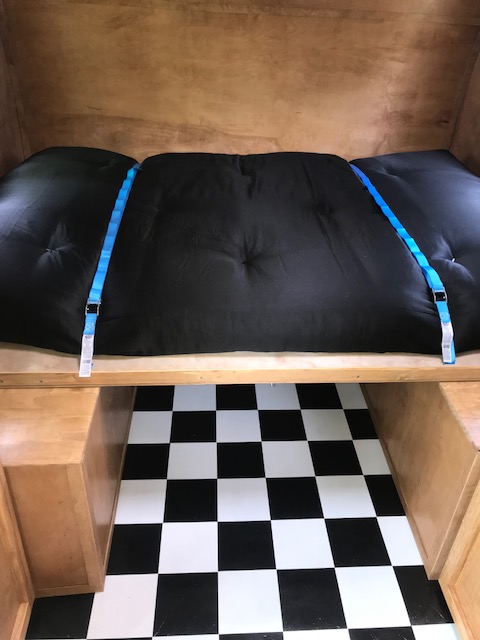 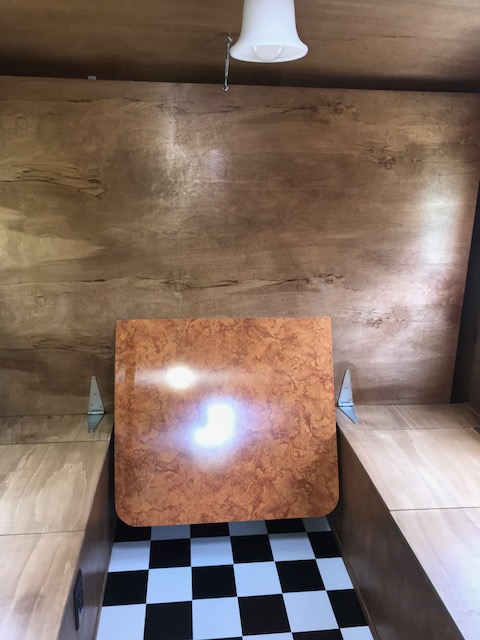 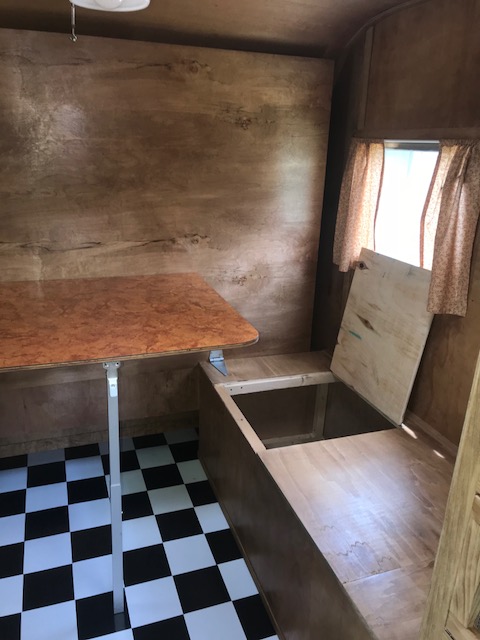 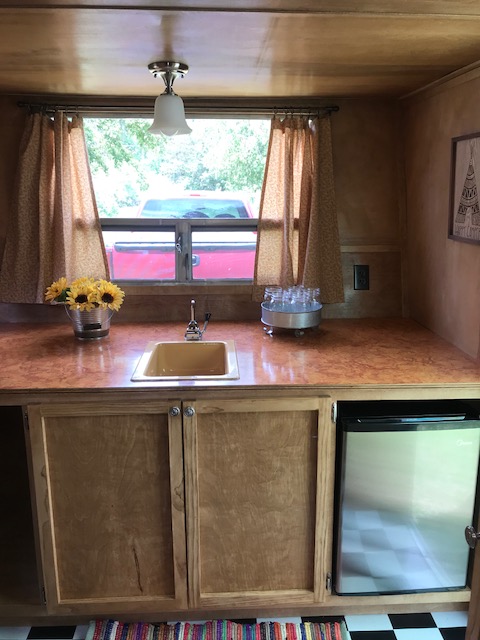 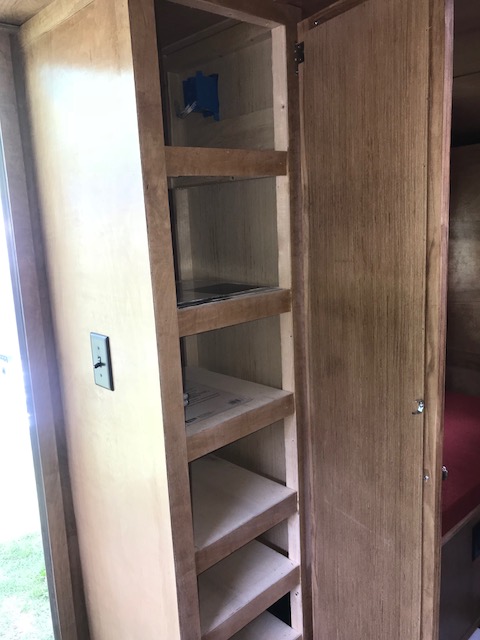 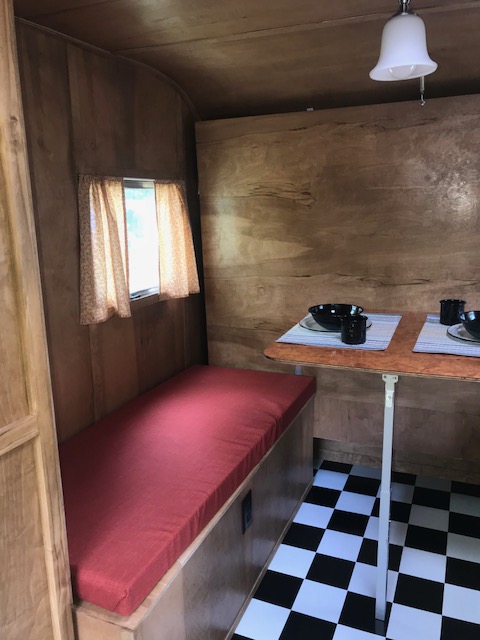 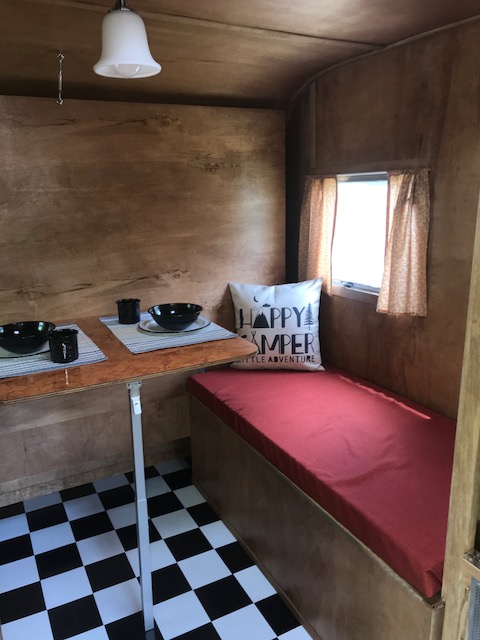 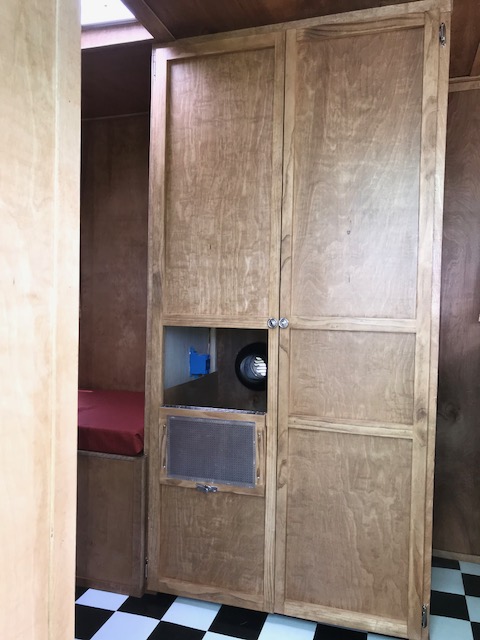 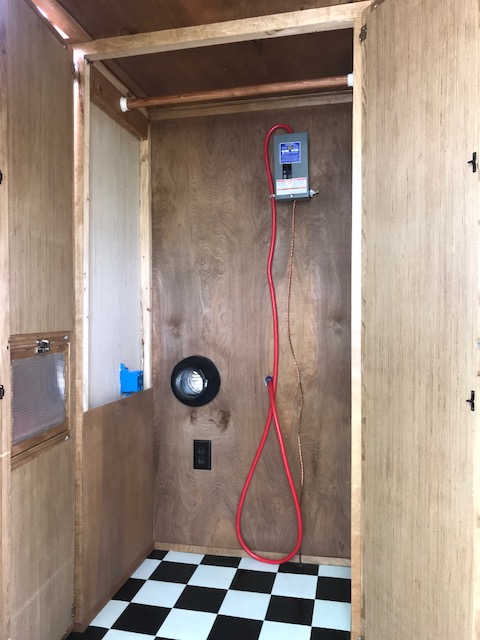 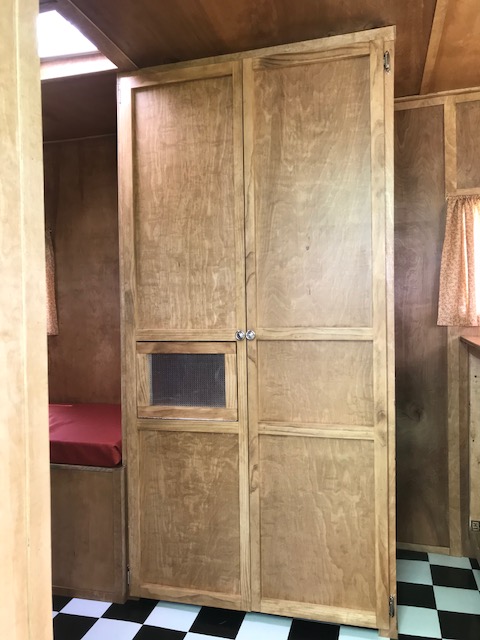 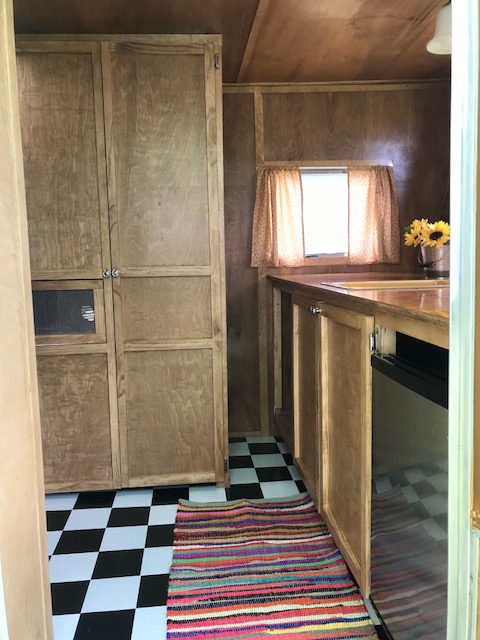 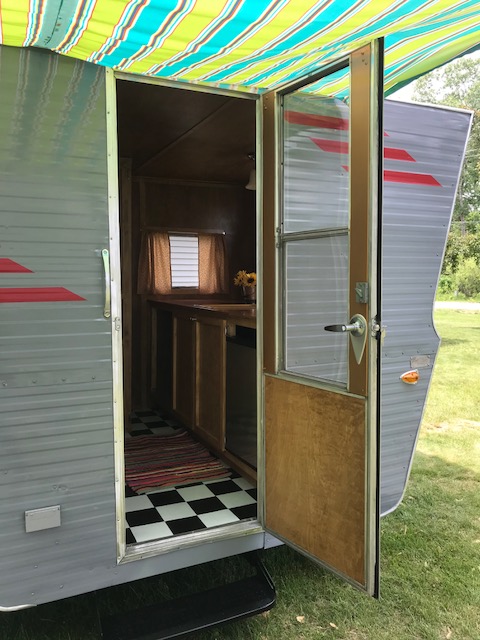 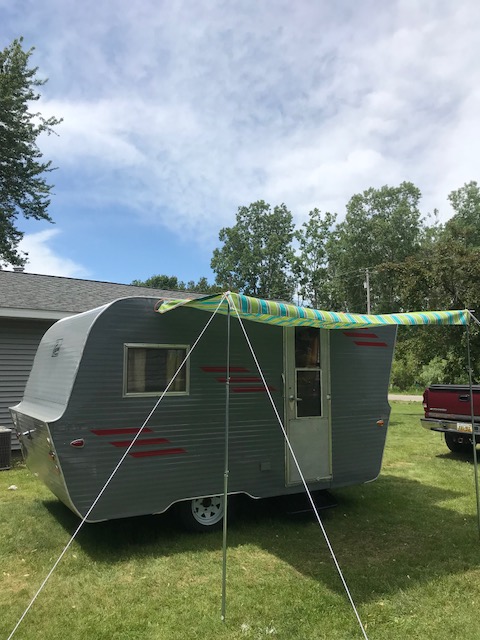 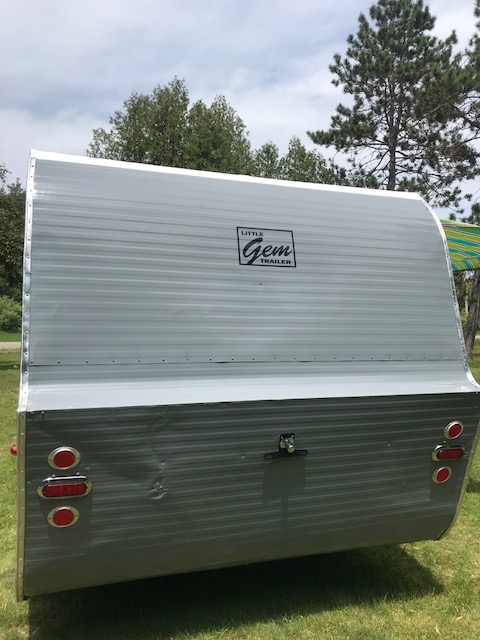 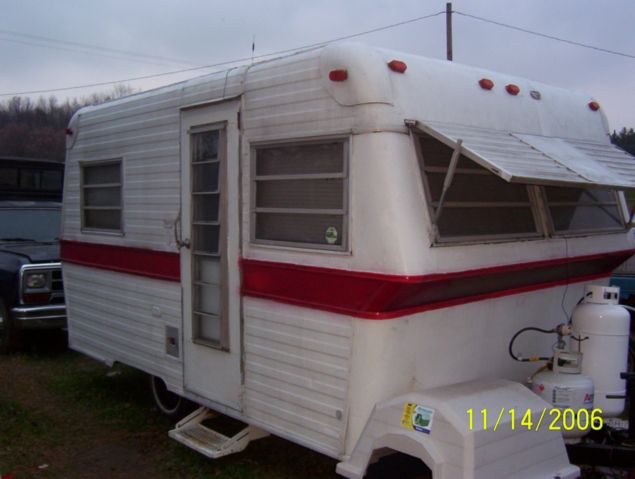 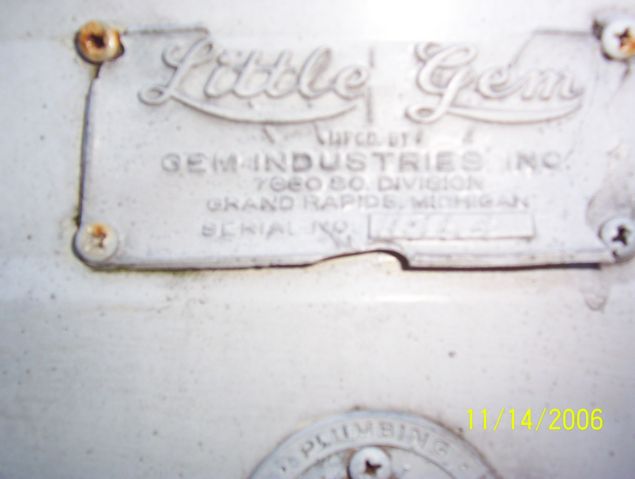 I have a 1970 Little Gem Serial #11564. Equipped with 3 burner stove, fridge (gas/elect), enclosed toilet, 2 sets of lights (120v & 12V), furnace, sink, clear and black water tanks pressurized pneumatically by a (tire) valve directly below the fill cap. She’s 15 ft. long, bumper to tongue. I’ve added a solar panel with a battery for when 120v is inaccessible. (like when the generator quits.) She was built in 1970, but, since the original title was lost, all I have is a receipt for a Gem trailer. The last owner just registered her by gross weight (1980#). Gem used to be a big seller in MI for many yrs. My thanks to Mr. Kehoe, who along with his friends, helped me identify the year my Gem was built. Richard Tripp trippsintime@yahoo.com

I own the 1962 Little Gem serial #5138, that is pictured here in the first 2 pictures, with the new red and white paint job. Its restoration is now complete. It is 11′ long, with a very unique bed design. The bed lifts up at the very back of the trailer and stores there. When the bed is in the stored position, your table is attached to the bottom of it. It weighs 1170#, and tows great. I re-did the exterior completely. The interior has been completely re-done also. I have not been able to find another one like it, anywhere. I will attempt to upload some pictures of it. It has been extremely well taken care of in its 45 years. I have the original title for it, and all sorts of information on Little Gems from the daughter of Mr. Schiebout. She sent some interesting info. on them, including their early history. At one time, it was a very large manufacturer in Michigan of trailers. Thank you, Mark Kehoe mkehoe55@hotmail.com