Pierce-Arrow was an American automobile manufacturer based in Buffalo, New York, which was active between 1901 and 1938. Best known for its expensive luxury cars, Pierce-Arrow also manufactured commercial trucks, fire trucks, camp trailers, motorcycles, and bicycles.

Pierce-Arrow, the builder of prestigious cars, was in financial difficulties during the 1930s. In what seemed a last attempt to save a proud name he decided to go into the trailer business and set up the Travelodge division. Production started in mid- summer 1936 and lasted until November the same year. Three models were offered: 19′, 16′ 6“ and 13′ 7” long. The trailer on the left was designed for four persons and full equipped with the usual equipment. Pierce-Arrow first built the all metal trailer and was one of the first manufacturers to offer brakes for his trailers. In this case Bendix brakes.

With the effects of the Depression still being felt throughout the US in 1936, Pierce-Arrow sales continued to slide. In an attempt to boost sales, the company offered three series of automobiles and built the “Travel Lodge” camper trailer. Potential customers could opt for custom-built bodies or select from a total of 40 different catalog body styles and chassis combinations. Despite the abundance of choices, car sales barely reached 800 vehicles sold in 1936.

Pierce-Arrow ended production in 1938, a victim of the depression and changing tastes. The company built approximately 85,000 cars during its history. There are less than 2,000 documented survivors.

The Model C Pierce-Arrow Travelodge was the smallest of three models at 13 feet, and the rarest with only 74 Units having left the factory. The B designation was 16 feet, while the A was for the 19 foot long model. Pierce-Arrow was struggling financially and looking for another source of manufacturing. Repeating the same mistakes as they made with their cars, Pierce-Arrow made too many Travelodge models and of course made them of the highest quality – which just like their motor cars, made them too expensive for any significant sales volume.

This particular unit was restored for more for use then originality. The doors, windows, flooring, and paneling are all new. A partial list of amenities and accessories include a sink, a portable toilet, a 13,000 BTU roof top air conditioning unit, a 12 volt LP refrigerator, an LP heater, two 12-volt batteries, overhead lights as well as a 110 volt hook up. The trailer is also fitted with overhead storage at the front and back, a closet, a front dinette, an awning, and there is enough room at the back to accommodate a sofa or sofa bed. The vendor states that the Travelodge has recently been fitted with new upholstery and curtains and is complete with a TV, radio, foam insulation, new springs and load levelers. 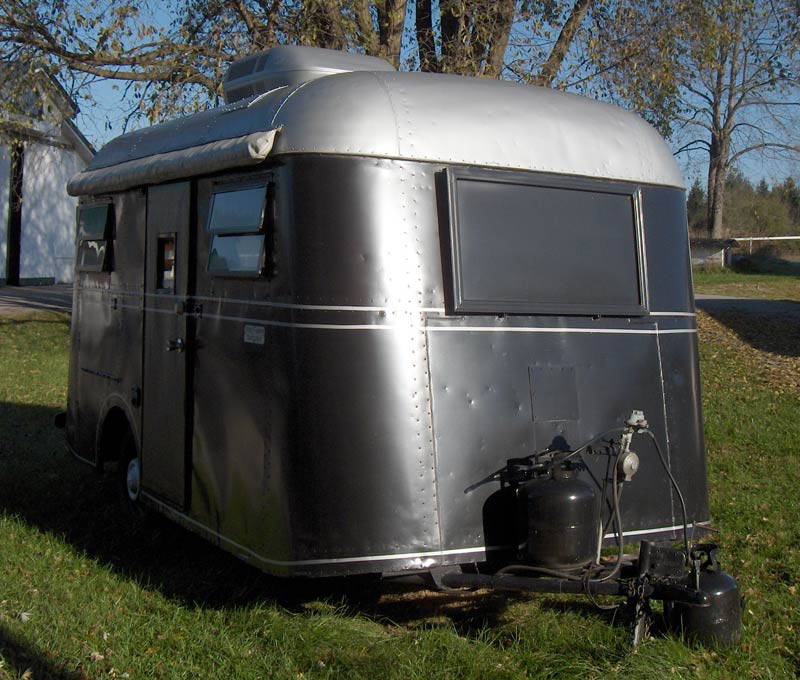 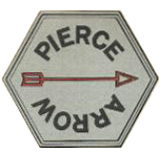 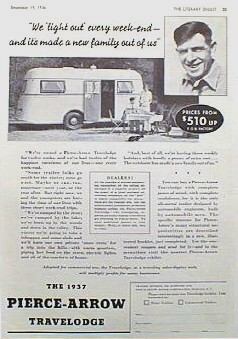 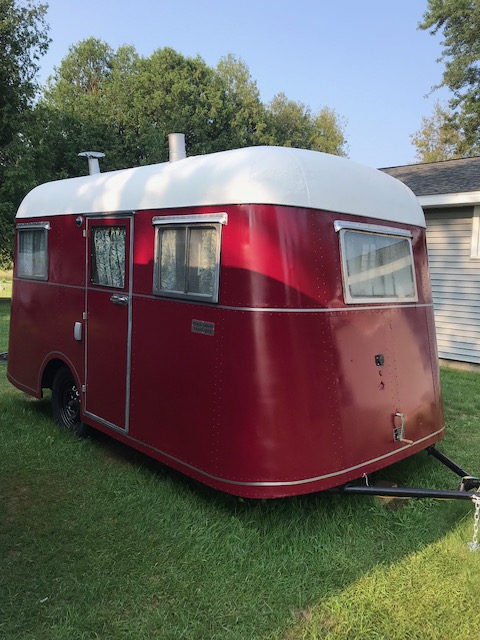 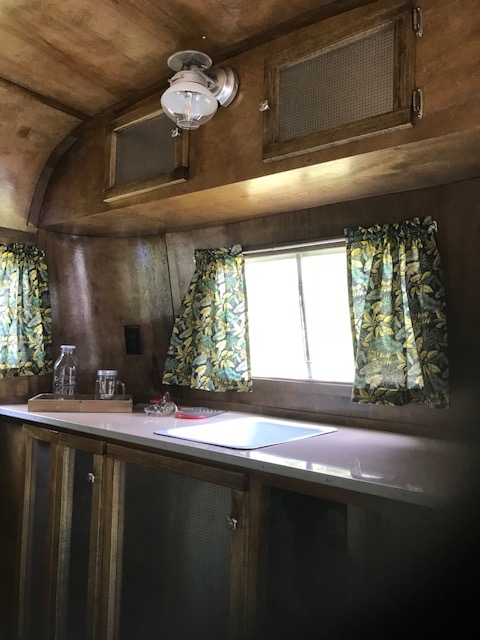 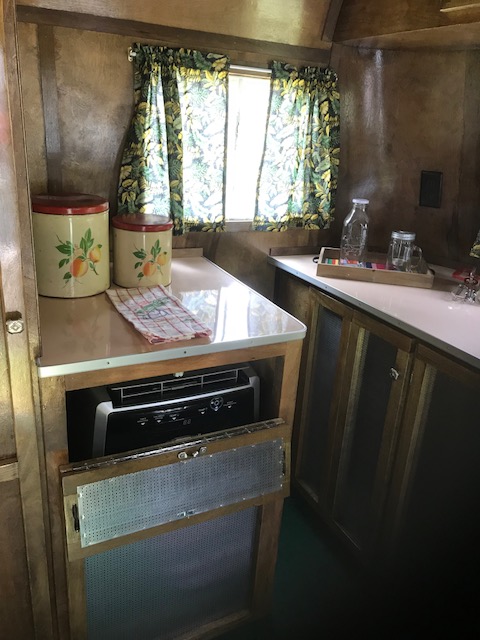 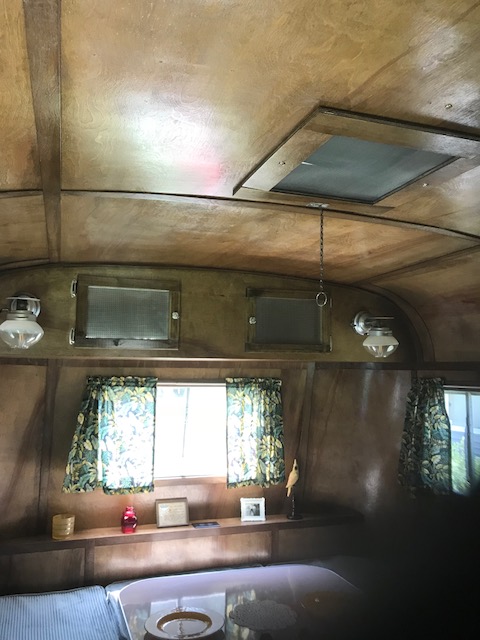 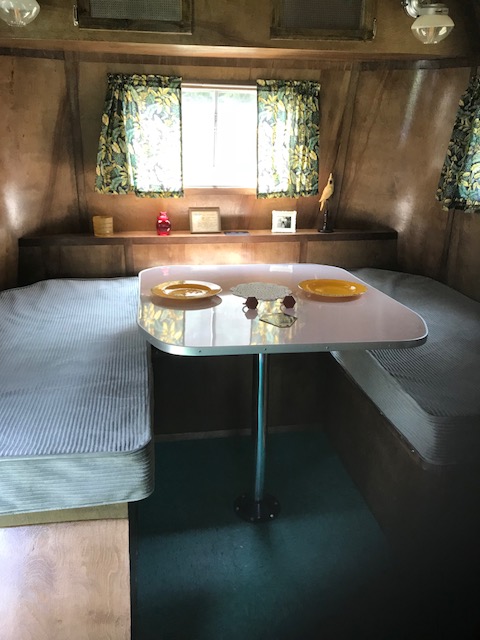 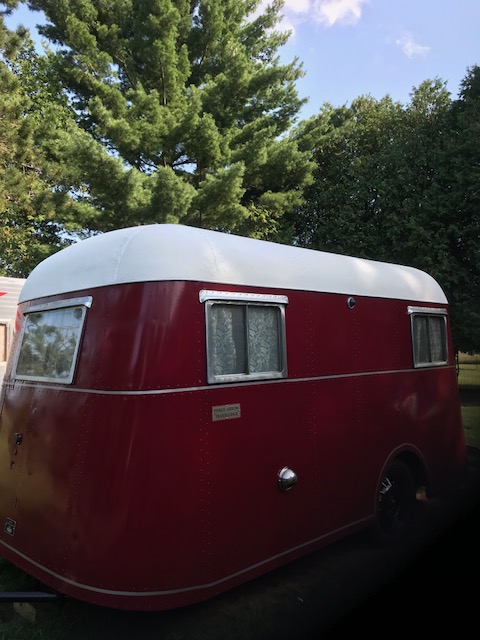 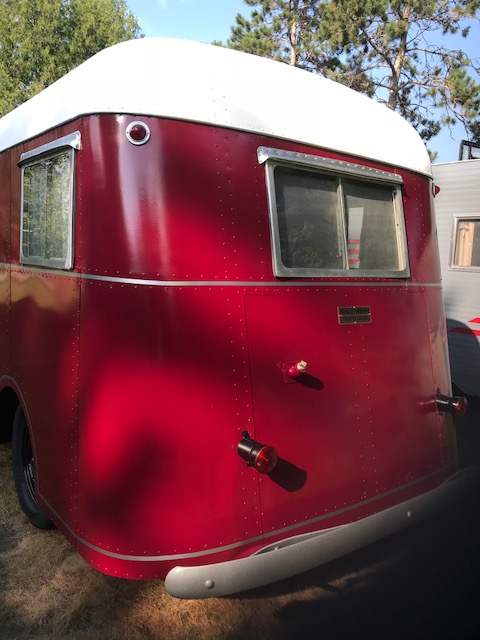 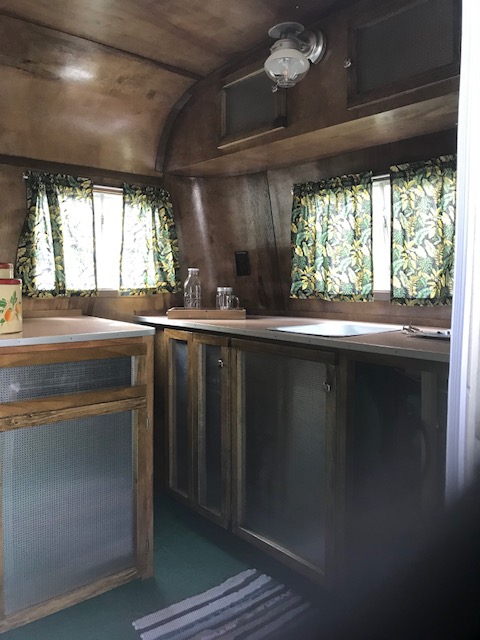 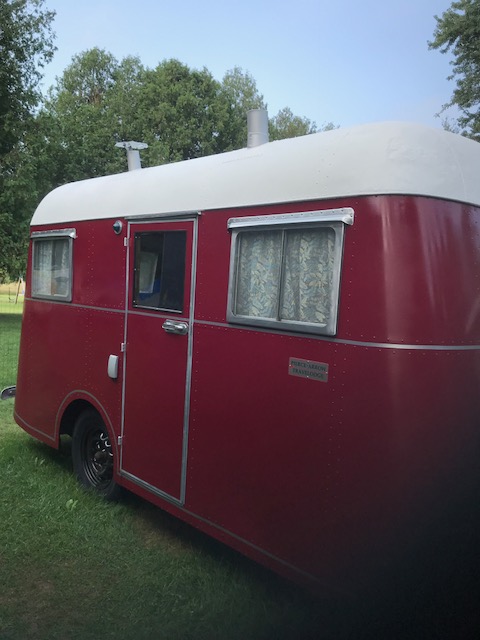 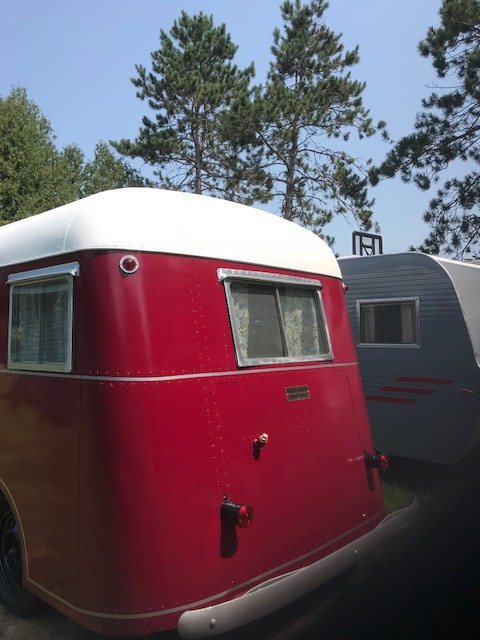 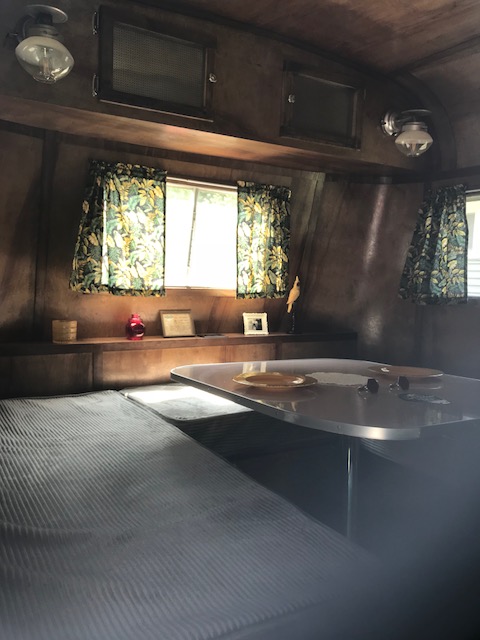 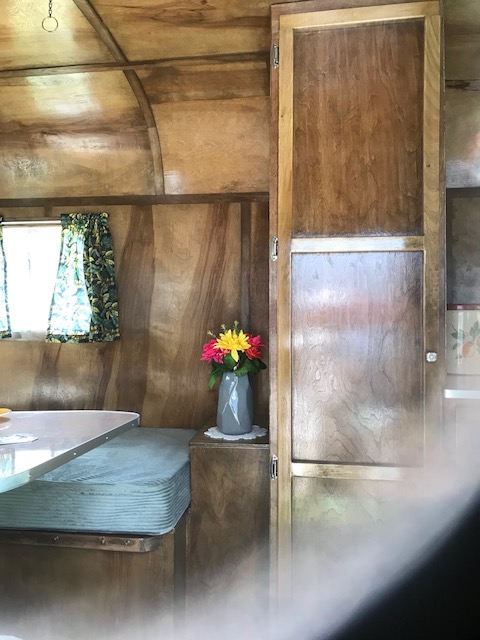 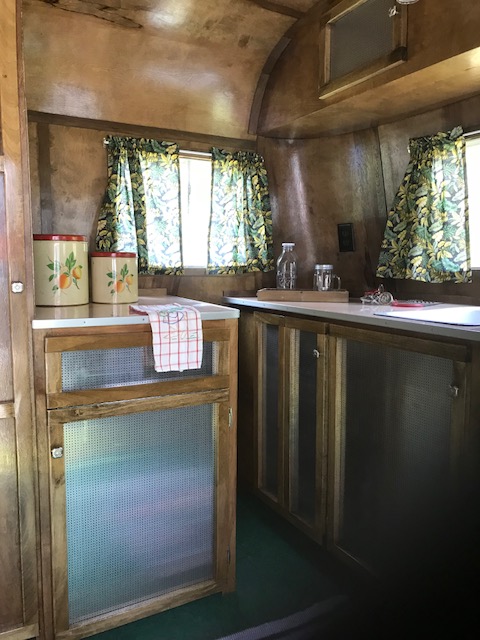