Interiors of the 1959-1960 look much like the Shasta Airflytes

1959-1960 16ft Have wings like a Shasta, but instead of them being separate pieces applied to the sides at the rear, they are a continuation of the aluminum with a support applied to the back. That support is screwed into the roof 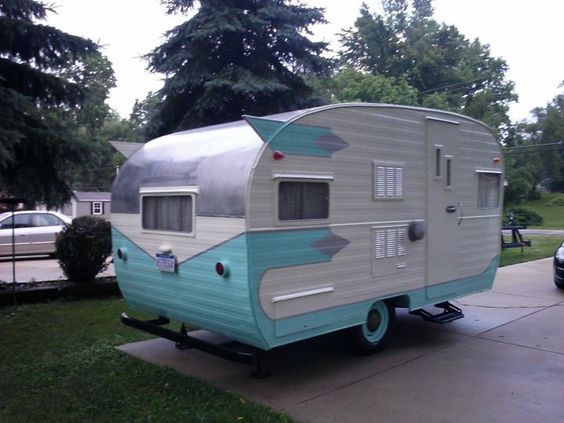