“You can take it with you!”

Noted for building travel trailers and fifth wheel trailers, Terry has been a popular, long-running name in the participation of vacation as well as camping excursions. Existing since the 1950s, recreational vehicle company Terry Coach Industries was acquired by Fleetwood in 1964. In addition to trailers, Terry began constructing park model units during the 1990s but discontinued that product line-up after the 2002 model year. Production of Terry brand trailers ended after the 2009 model year. 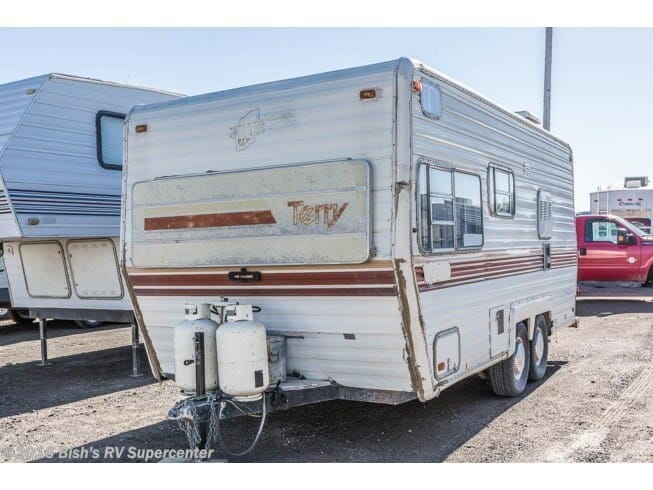 Terry Coach Industries has a long history of producing popular travel trailers and fifth wheels, dating back to the 1950s. This recreational vehicle company was acquired by Fleetwood in 1964, which led to the development of our Throwback Thursday Vintage RV, the Fleetwood Terry 20T.

Although production of Terry trailers ended after 2009, these travel trailers are still a great vehicle for vacations and camping excursions. The Fleetwood Terry 20T comes with a full kitchen area and stove, dining area, seating and more. Plenty of window space and storage keep this unit feeling open and airy. The unit pictured above was on sale on RVUSA.com for less than $4,000.